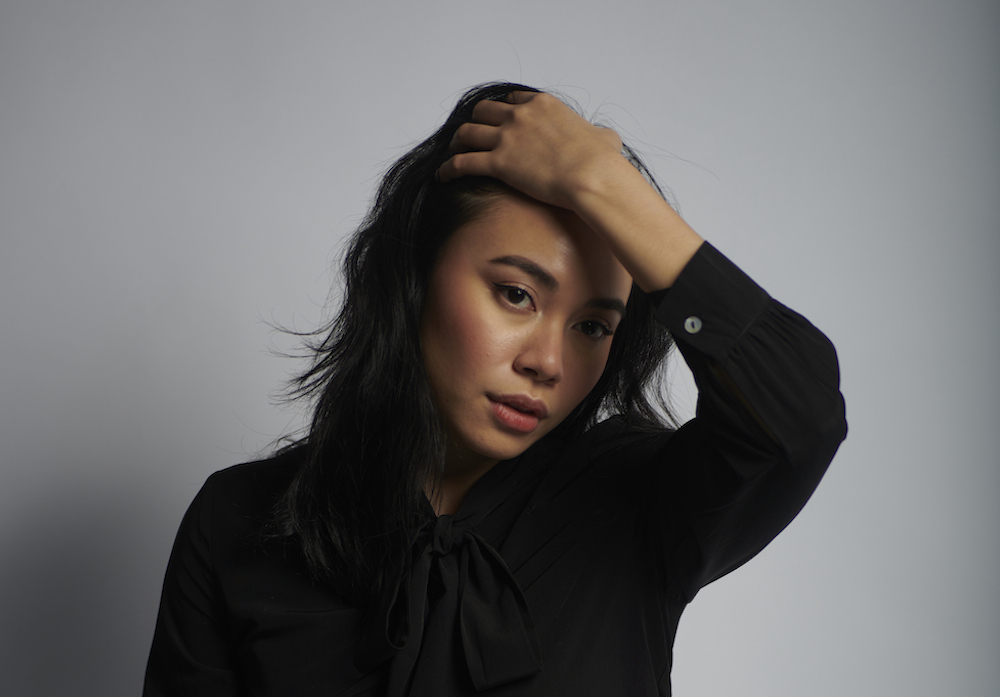 I’m Filipino mixed with Chinese and Spanish, but if anyone asks, I just say I’m Filipino haha. I was born in Leyte and lived in Iligan City until my parents brought my brother and I to Singapore when I was six years old, and we became citizens when I was 12.

Unfortunately, I can’t speak Tagalog but I’m glad I can at least speak basic Bisaya which is another dialect in the Philippines. I also speak conversational Mandarin. I love coffee, dogs, working out, and for hobbies I make content for YouTube, and TikTok.

What inspired you to be an actor and why do you love acting?

I think I was about 13 when my interest first grew, but I can’t pinpoint exactly what it was that made me interested in being an actor. Honestly, I probably just like the attention. HAHAHA okay, but seriously other than that, I really do enjoy pretending to be somebody else – telling the character’s story, relating to them, living their life, and sometimes it feels like a form of therapy, especially if I’m playing a sad person. Because, it’s like I get to express myself through the character, so it feels like I’m being open about my own pain without being directly vulnerable, you know what I mean?

Which is a memorable acting experience you have had before?

I feel like the luckiest girl in the world because I have so many memorable experiences that I’m grateful for, but I think, number one on my list is probably when I played my first ever lead role in a TV series. It’s called ‘Kin: By The Fans’, the anthological spin-off of the popular local series ‘Kin’.

My episode was ‘The Long Game’ and I got to play a rich socialite who went undercover. Pretty cool huh? Haha. It was a crazy back to back three-day shoot of about 12-13 hours a day, and it was tiring to say the least, but even then I thought, “wow, this is really what I want to do for the rest of my life”.

Is emceeing a lot different from acting?

I’ve thought about this a lot, and I think yes and no.

Yes because it depends on the type of event you’re hosting for. To be honest, there’s been so many times I’ve had to host/emcee and during the event I’m either anxious, nervous, sad, or all of the above, so I’ve had to act like someone who’s confident, outgoing, and happy to be there because it’s my job to entertain people and make them happy. When I put it like that, then everyone must be an actor huh?

No because essentially, from my experience, they usually want to hire you as the host for your personality. There’s always going to be pockets of “you” they want to bring to the event, no matter how serious or formal. Unlike in acting where sometimes you have to be completely immersed in the character, which could be the polar opposite of who you are.

I’d love to collab with Patch and Punnet to film skits. I’ve always had an interest in writing my own skits but it was only last year when Covid was at its worst, when I finally decided to write them. So I spoke to my friend, and co-founder of Patch, Krish Natarajan, and he seemed really keen as well, so I’m hoping we’ll turn my ideas into reality soon.

I’ve actually worked with them before for an interactive play, and I liked working with them ‘cause we were on the same wavelength. They started out as a local youth theatre collective, and made a YouTube channel not too long ago featuring their own crazy sketches, so that’s why I think we’d be a good match.

What 3 things do you love to do in the city you live in?

I guess an 8 because I love chilling at the beach, having picnics, trekking, and I’d love to go for a proper camping trip one day. The other 2/10 is when I’d rather snuggle in my bed haha.

What is a funny or lame attempt a guy has tried to get to know you?

Ugh I hate that you asked this ‘cause now I have to relive it hahaha. A few years ago, I was waiting for my bus when this guy, whom I already noticed was staring at me, came up to me to ask for directions to a golf course nearby. He was clearly holding his phone so there’s no way this guy didn’t have data in this day and age, so I said, “you should check Google Maps, I’m sorry I’m not sure how to get there.”

He mumbled some excuse for not using it, I can’t remember exactly, so I turned away since I thought the conversation was over, but then he proceeded to ask me, “where are you going?” And I was uncomfortable at this point so I made it blatantly obvious “I’m going to meet my boyfriend.” He started to falter saying, “that’s nice, spending time with your boyfriend is important.”

At this point an adorable secondary school kid unknowingly came to my rescue and gave the guy directions to the golf course, saying he should cross the road and turn left. The guy crossed the road and turned RIGHT, when he did this the kid and I looked at each other – I gave him a knowing look and his expression changed from confusion to realisation.

So basically this guy was already waiting for his own bus, tried to hit on me when I approached the bus stop, then ran away when it failed. LOL

Thank you for taking the time to answer our questions, Erika. One question before we end, how do you define ”sexy”?

Sexy is when you own your strengths and weaknesses, and take pride in being who you truly are.