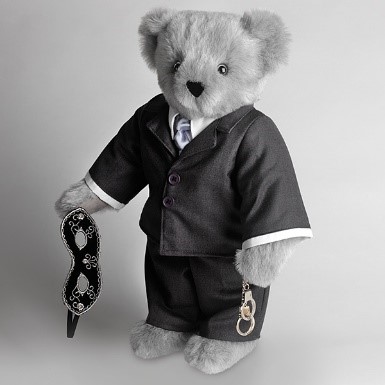 Valentine’s Day is traditionally a celebration of cupids, confections, and crimson, but many lovers are moving beyond chocolates and red roses. This year, lovers are looking for a bit of kink along with the romance. E.L. James’s mega-hit, Fifty Shades of Grey, has spawned more than a movie this Valentine’s Day. The unreleased film has already made movie history as the fastest selling R-rated title in Fandango history, supplanting “Sex and the City 2.″ Patrons’ demands have caused theater owners across the globe to offer additional screenings on Friday, February 13th, a very lucky Friday the 13th for many.

Those looking for something early might consider The Fifty Shades of Grey soundtrack, complete with sultry singles by Ellie Goulding, Beyoncé, Jessie Ware, Sia, Annie Lennox and even Frank Sinatra, which will hit stores on February 10th.

Set the stage with a Fifty Shades of Grey vanilla scented candle in a glass container etched with the words “So Smoking Hot.”  The music and the candle should prepare you for a glass of Fifty Shades Wine. Pick white, a blend of primarily Gewürztraminer and Sauvignon Blanc, or red, a blend of primarily Petite Sirah and Syrah aged in a combination of new and seasoned French oak barrels. Author E.L. James’s signature embosses each bottle. 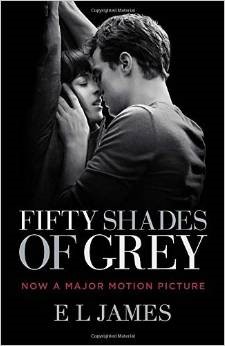 After the music, wine, reading and lube, Vermont Teddy Bear has come up with a memorable gift. Described as “daring, passionate, exciting next-to-skin touch with silky, smoky Grey fur; smoldering Grey eyes; a handsome grey suit and silver tie. He even comes with a mask and handcuffs.” 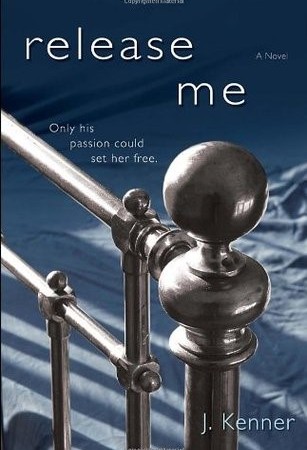 Our attraction was unmistakable, almost beyond control, but as much as I ached to be his, I feared the pressures of his demands.
Submitting to Damien meant I had to bare the darkest truth about my past—and risk breaking us apart. 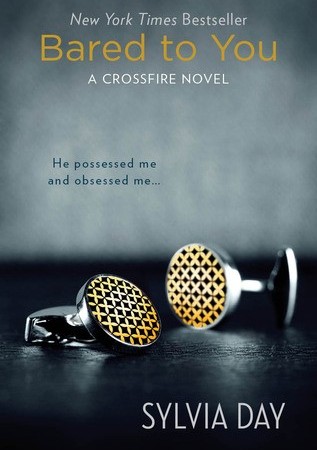 He was beautiful and brilliant, jagged and white-hot. I was drawn to him as I’d never been to anything or anyone in my life. I craved his touch like a drug, even knowing it would weaken me. I was flawed and damaged, and he opened those cracks in me so easily…

Gideon knew. He had demons of his own. And we would become the mirrors that reflected each other’s most private wounds…and desires.The bonds of his love transformed me, even as i prayed that the torment of our pasts didn’t tear us apart… 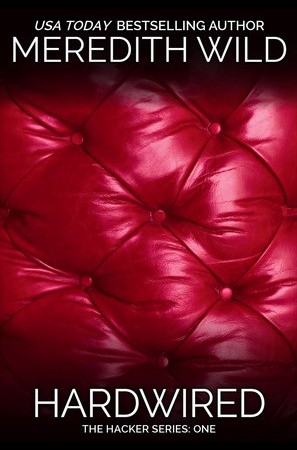 Blurb:
Determined to overcome a difficult past, Erica Hathaway learns early on to make it on her own. Days after her college graduation, she finds herself face to face with a panel of investors who will make or break her fledgling startup. The only thing she didn’t prepare for was going weak in the knees over an arrogant and gorgeous investor who seems determined to derail her presentation.

Billionaire and rumored hacker Blake Landon has already made his fortune in software, and he’s used to getting what he wants. Captivated by Erica’s drive and unassuming beauty, he’s wanted nothing more than to possess her since she stepped into his boardroom. Determined to win her over, he breaks down her defenses and fights for her trust, even if it means sacrificing a level of control he’s grown accustomed to.

But when Blake uncovers a dark secret from Erica’s past, he threatens not just her trust, but the life she’s fought so hard to create.

And now I’d like to introduce two authors who I was reading well before the post E. L. James Erotica Boom hit.

Maya Banks Sweet series stole my breath and my heart, usually at the same time. This series, specifically, revolves around a group of friends all looking for some sort of love. Some wish to dominate, some are submissive, there’s a bit of sharing here and there, and then there’s just some plain Jane, vanilla, sweet, home-grown love that still burns hot in the sack. Maya Banks has several different series, the Sweet series being the only one I’ve read, but I’ve heard amazing things about her KGI series. 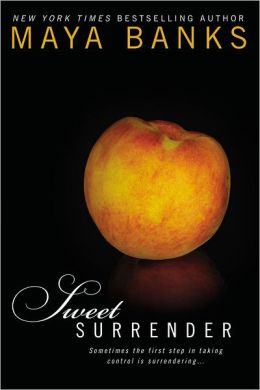 Blurb:
Under Faith Malone’s deceptively soft exterior lies a woman who knows exactly what she wants: a strong man who’ll take without asking—because she’s willing to give him everything…

Dallas cop Gray Montgomery is on a mission: find the guy who killed his partner and bring him to justice. So far, he’s found a link between the killer and Faith—and if Gray has to get close to her to catch the killer, so be it.

Faith is sweet and feminine, everything Gray wants and desires in a woman, but he suspects she’s playing games. No way would she allow a man to call the shots in their relationship. Or would she?

Faith sees in Gray the strong, dominant man she needs, but he seems determined to keep her at a distance. So she takes matters into her own hands to prove to him it’s no game she’s playing. She’s willing to surrender to the right man. Gray would like to be that man. But catching his partner’s killer has to be his first priority—until Faith is threatened and Gray realizes he will do anything to protect her…

Opal Carew is a writer who takes risks. Her erotica is no holds barred and not for the weak of heart. I’ve read a few different books by her and always end up loving them, but the amount of times my jaw drops usually reaches uncountable proportions. Her women are strong, and even though they don’t always know what they want until they get it, they always end up in romances perfect for their needs. She is an author I would advise only reading if you’re open-minded and you enjoy a steamy read, because I promise there will be steam. 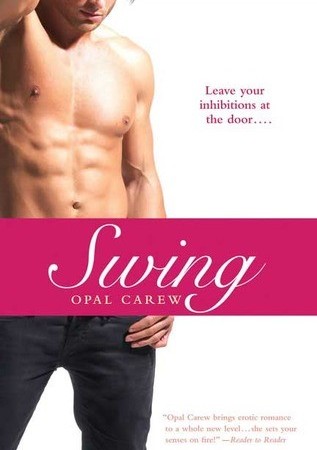 Blurb:
It all started with an innocent request…Melissa’s friend Shane asked her to accompany him on a business trip to an exclusive resort.  But The Sweet Surrender is no ordinary vacation spot–it’s for men and women who swing.  As Melissa mingles with the other guests and discovers the resort’s fantasy rooms, she’s tempted to explore her naughty side and live out her most sinful fantasies—but she isn’t prepared for the storm of desire that awaits.  She soon finds herself torn between two men, one of her oldest friends and a handsome stranger who belongs to another.  Both men bring her the most exquisite pleasure, but which man will win her heart?

Her work has been described as “scorching,” “intoxicating” and “brilliant,” and this is Opal Carew’s hottest novel yet.  Visit The Sweet Surrender and sample its decadent pleasures for yourself…if you can take the heat.

Can you take the heat? With excerpts from one or all of these books, you and your partner are guaranteed a good time. Also, let’s not forget those without Valentine’s Day dates. Grab that glass of wine, one of your favorite pleasure toys, a before mentioned book, and crawl under the covers for a sexy night for one. Who knows, you may very well have a better time than your friends who are out on dates. You won’t disappoint yourself.

Images courtesy of Francesca Miller
Have an amazing experience or tips you like to share on SimplySxy?  Drop us an email at editorial@SimplySxy.com!