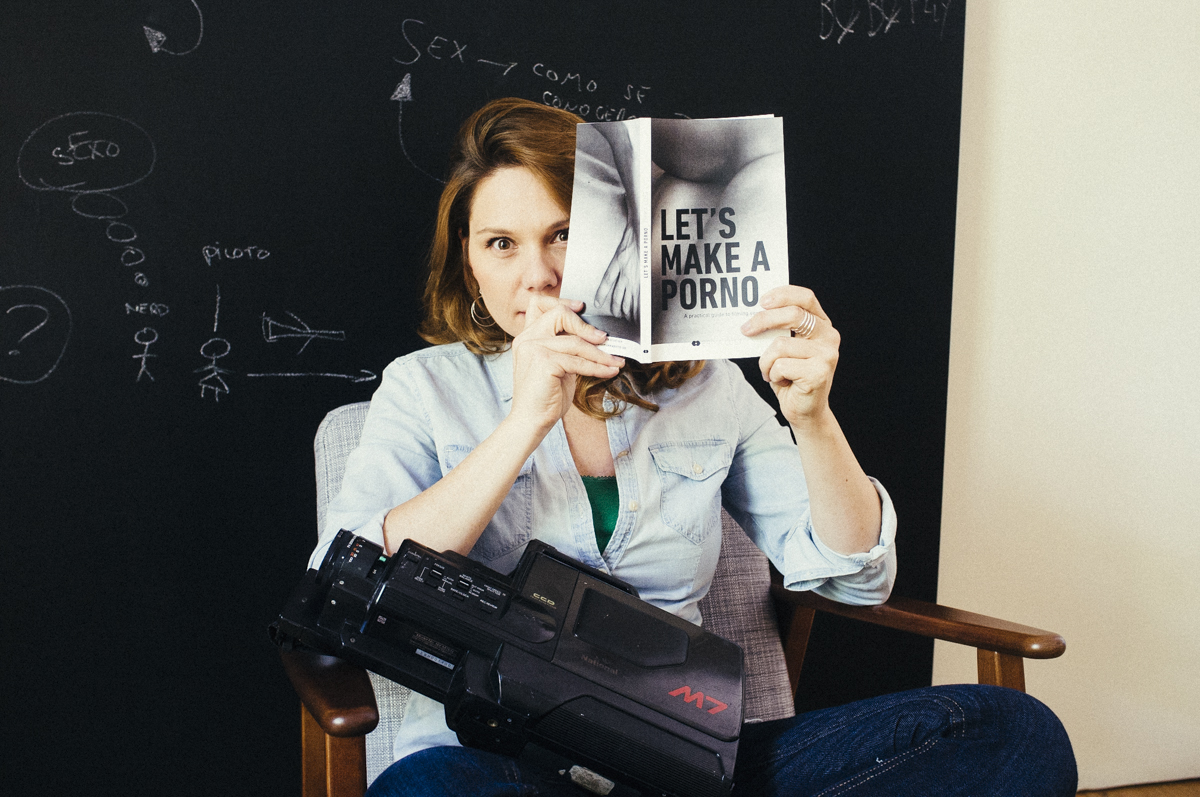 SimplySxy: Do your films have a particular style that is different from others?

I also like to hire performers who are good looking, but could also be your neighbor or best friend or the cute waiter at your favorite restaurant. They are love sex, and love their job. Trust me when I say this makes all the difference and can really be seen in the end product.

Finally I place HUGE importance on aesthetics in my movies – just because it’s a movie about sex is no excuse for crappy quality. I use the highest quality HD and Red cameras, devote months to hunting down cool modern locations (not just bedrooms!), use cool indie music soundtracks, opt for natural looking makeup and normal-looking outfits for my performers (no pimps or hos here), and go for the coolest new sex toys and designer lingerie.

SimplySxy: What is the secret behind how long the male stars can last while having sex without ejaculating?

Erika: There is no secret – performers in the adult industry, both men and women, have extraordinary control over their bodies. I think this is something people really forget when considering the male talent – there’s this idea that any guy could show up, have sex with a beautiful woman, and put on a great show. But people who think this often forget that the performer basically needs to get and maintain an erection on cue, as well as ejaculate… With a crew of a dozen or more strangers in the room. Possibly with a co-star that he doesn’t find attractive, or after a very long journey the day before. All the while with a lot of pressure around his performance. Prolific male performers are extremely talented to be able to work (well) under these conditions, and that is a reason that there are so few of them as opposed to their female counterparts.

SimplySxy: And what happens if the male stars are required to ejaculate but are unable to?

Erika: It is up to the performer to get an erection, maintain it, and ejaculate, which as I say above is quite a talent. But some days that just isn’t going to happen. Usually we take a break to give the performer time he needs to get excited (or calm down) and then continue shooting. If there is still trouble, that’s where creative angles, short takes, editing – and faking it – come in handy!

SimplySxy: Are the actors and actresses really enjoying the sex on film or are most of it acting?

Erika: I don’t know, it’s difficult to say. I like to hire performers who love their job, who love sex and exhibitionism. Some of the best scenes I’ve shot have been where the actors said they really enjoyed the sex they had that day, or with that specific performer. Other times, a truly great performer might not be that into their partner or the sex, but put on a convincing, and ultimately very hot show. When you are dealing with very talented actors, who are taking direction really well, the finished product should look the same either way.

SimplySxy: As a director, you have definitely seen your fair share of bloopers. Please tell us some of the extremely funny ones you remember?

Erika: Honestly, most of the fun we have is just goofing around on set … the actors are usually wild extroverts who love to have a good time. But there were a few times that – because of the set location – we had to use an inflatable mattress. As anyone knows who has slept on one, they are not particularly stable (especially not when they’re being … jumped … on), and there have been a few times when the performers bounced right off!

Erika: First, they have to match the part I’m hiring them for. Then, we go through several interviews to make sure their attitude aligns with mine. Really, that is the most important thing – I want to know that they love sex, the making adult films is not just a way to make quick cash, and that they are familiar with my work and get what makes my films different. This way, when everyone arrives on set, we know exactly what we’ll need from each other in terms of directing and performance. Next to this, looks (or appendage size) mean very little.

Erika: Well my daughters are still very young, but I plan on having the ‘sex talk’ pretty early on. I think I was around 7 or 8 when I learned about it (thanks to a liberal educated and a very open family) and it felt like a good age. It made puberty less confusing that’s for sure! I think the mix of learning about it in an academic, biological way in school and in a personal, emotional way with my family made all the difference…so that is the approach I plan to take.

SimplySxy: Please share with us our SimplySxy readers what XConfessions is all about and is there a chance their story can be chosen to be turned into a film?