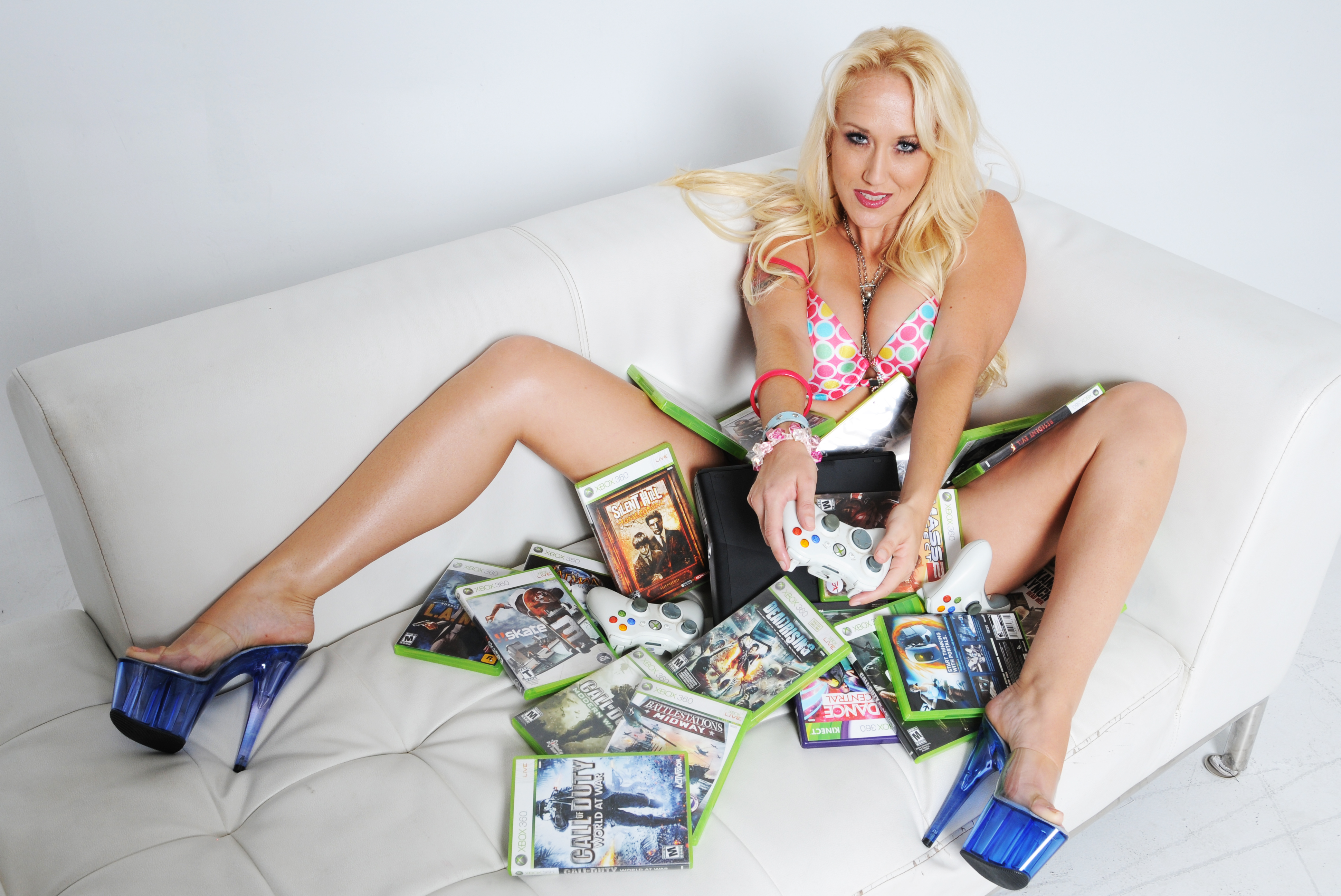 One of my most incredible films was Not The

Over the years, I’ve made my fair share of hot features, but I am mostly known for my dirty gonzo styles scenes.  I have always been that happy, bubbly girl who loves to get fucked.  I have so much fun being an exhibitionist.  I’ve always enjoyed pleasing my audience, whether it’s on camera or real life.

SimplySxy:  You have been nominated for numerous awards and won your first AVN award in 2007.  It must have been a great personal achievement and recognition after the years of work?

SimplySxy:  You have starred in over 400 films and thousands of scenes.  Which is one of your most memorable?

SimplySxy:  What is your favorite sex position?

Alana:  My favorite position is doggy style! I love being banged from behind while having my hair pulled and my neck nibbled. Get’s me so hot!

Alana:  I love guys that have a quirky personality and can make me laugh. If we can play video games together, I’m in heaven!

SimplySxy:  You had an opportunity to direct a film before.  Is that experience a lot tougher than acting on screen?

Alana:  I owned my own production company, Royalty X Films. We shot several projects and I enjoyed every minute of it. I really love writing scripts, dressing pretty girls, and making movie magic. The production end was always easy for me. I’m very organized so we always had fun stress free shoots.

SimplySxy:  Has there been an embarrassing or awkward sex situation you can remember (on-set or off-set)?

SimplySxy:  As an avid gamer, is there any particular genre of game you like?

Alana:  When I say I play everything, I mean it. I love role playing games, first person shooters, adventure games, puzzle games, and fighting games! I remember my first time playing Gears of War with the rumble pack attached to my controller. Every time I was killed, it would go off. It scared the crap out of me and I would often throw it! Now, I just laughed and slaughter grubs.

SimplySxy:  There are many games with sex scenes such as Grand Theft Auto, God of War III etc.  Do you think it will be fun to have a game that is just purely on sex?

Alana:  I once bought a game for my 3DO. This is was one of the first ever disk playing consoles. The game was called Night Trap. You were basically spying on girls at a sorority house via cameras. I loved this game. I felt like such a pervert. I was before I really started playing with girls, so this was a great turn on for me. I know that sex based games are the future. Pink Visuals has a great game called the Sex Simulator. You can create your own characters and make your own animated sex scenes! It was free to download and play, but extra options were available for a small fee. You could dress them in different kinds of lingerie, buy different sex toys, and completely control the thrusting movements of your characters.

Alana:  If the option to play a video game or have sex comes up… these days… I usually play the game first, and have sex after! I know… terrible. lol

Thank you for having me! I love playing with my fans so you can add my gamertag superpinkninja on either Xbox or Playstation. Im AlanaEvans on Steam! Be sure to check out my awesome video game website PwnedByGIrls.com and read my column, “The Stoned Gamer” on Hightimes.com