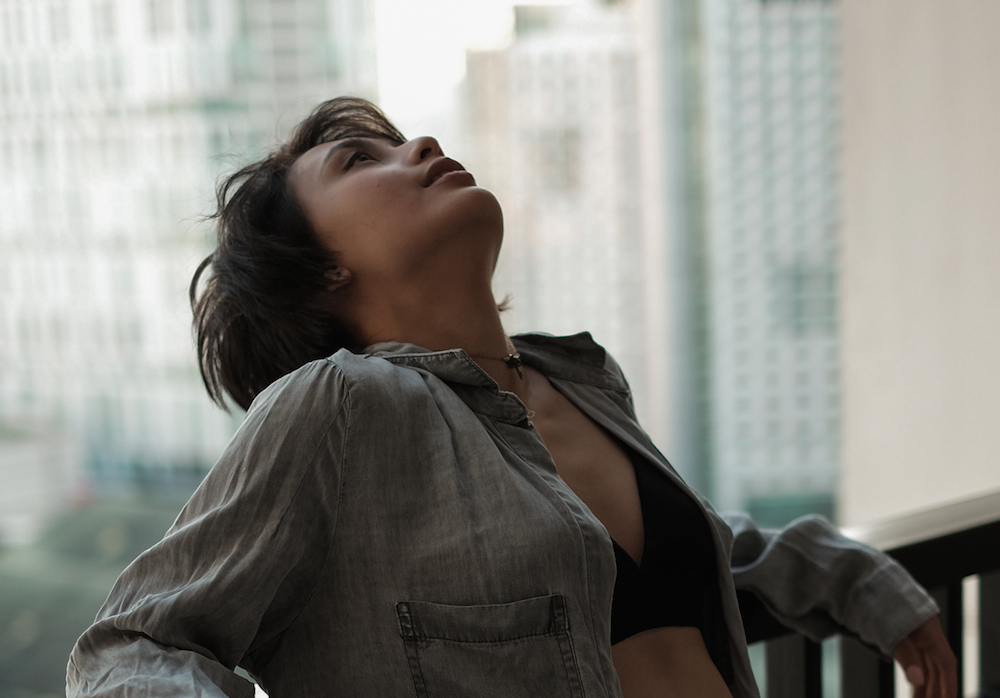 Hi! My full name is Juliela Samantha Ysabel, and simply go by as “Sam”. I am a Performance/Theater Artist and a Commercial Model in the Philippines. I also stream horror games on my page on Facebook from time to time!

What inspired you to be a model and how long have you been modeling?

I have been modeling since 2017. I got inspired to modeling through my love for dancing. I practiced Vogueing before and attended the first Philippine Vogue Ball and joined the categories. From there, someone had piqued an interest in me and that’s where it all started. From there, I invested in enrolling in workshops for modelling and theater.

Being able to express myself through the emotions and poses had made me love modeling. It’s not just posing in front of a camera, I get to create a story out of the concept in the process and also play a character to portray in a still photo.

Have you ever felt nervous in front of the camera before?

In print modeling, not exactly no. But, doing commercial modeling and acting in front of a camera did make me a little bit nervous since there are more intricate details needed when doing video shoots, e.g. knowing where to favor your face on the camera, saying my lines, etc.

Not a day goes by that I don’t submit auditions for commercial ads or tv acting for potential projects. Always hustling hard!

I love playing video games or dancing randomly in the house. I also did cross-stitching or color painting during my past times. I love watching films and anime, but in terms of being physically active, I looove Muay Thai. I also love outdoor sports such as volleyball, bicycling, roller blades, etc. But, since the pandemic, I usually try to keep myself physically active by doing home workouts and Yoga.

Is there something you’ve always wanted to do but have yet to find the time for it?

Oh, studying stocks and cryptocurrency! It takes a lot of time to actually learn and get into these stuff because of all the numbers and such.

Have you been in an embarrassing situation before that is funny now when looking back?

A lot of times, yes! To name one, I was at a beach with family and friends and I got really hooked on drinking cold Jaegermeister that it got me so drunk I forgot most of what happened that night. My sister told me that I kept on asking the same questions to her every five minutes. I remember that I was throwing up that night, and my friends found it funny that I was crying and kept saying, “I don’t want to drink anymore” and continued crying and throwing up.

The last thing I remembered was waking up on my bed in my hotel room, having no idea how I got there and why there was coffee on the table. And I remembered thinking that it was such a waste for someone to leave a good coffee and not finishing drinking it that I told my cousin about it. She told me that coffee was mine LOL. I DIDN’T REMEMBER ANYTHING AT ALL THAT NIGHT HAHA.

What is a funny attempt a guy has tried to know you?

There was this one time, my sister and I attended a gaming event, and a guy tried to hit on me by sending out drinks and food to our table and invited us to sing karaoke. Me who is always g, said yes and invited my sister, but she was too busy. There were two girls in the karaoke room and two of the guys — and the guy who invited me tried to hold my waist (and probably something more since he tried multiple times), but I was like “nope, noooo. I was just here for the karaoke”, until I left the room essentially because it was making me uncomfortable.

For everyone out there, please be reminded that being nice doesn’t mean a girl or someone is asking to be hit on or more. 🙂

Thank you for taking the time to answer our questions Sam. One question before we end, how do you define “sexy”?

I may be bias for this, but for me, I define sexy as something that attracts me not just physically, but intellectually. Sexy for me is someone confident, charming and funny at the same time. And ooh, a gentleman of course.

But physically speaking, sharp jawlines and lean fit guys is sexy to me haha!

Promoting the short film that I am in entitled “MAMA” by Owl Films Production, where I play as the role of Angela, the daughter.