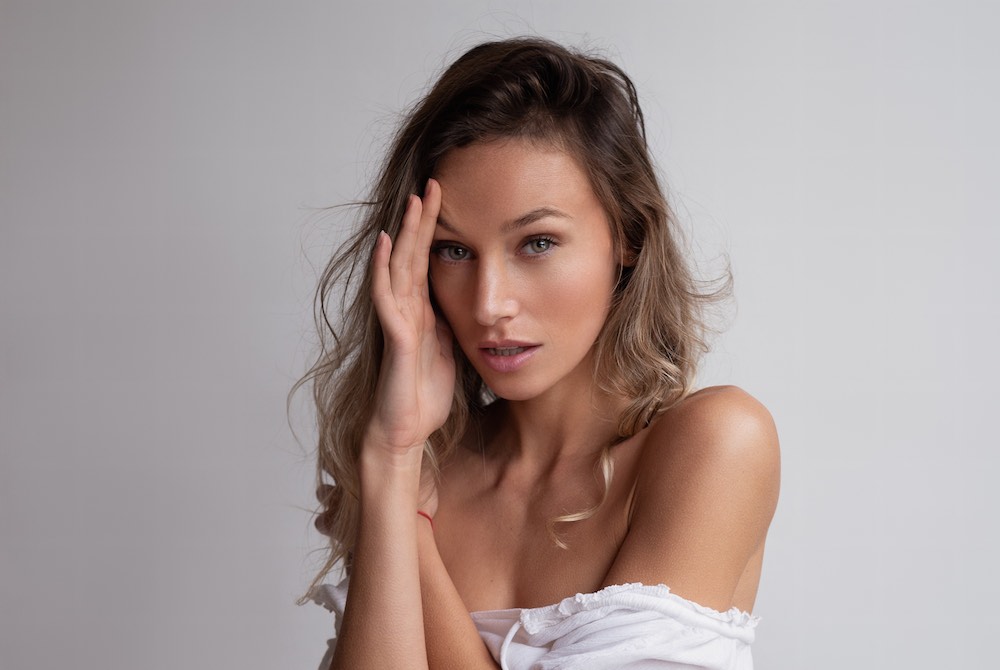 Haaay! My name is Mia, I’m a mixture of English, Jamaican and Austrian. I grew half in London and half in Spain. I ended up moving to Barcelona when I was 18 as I was fully done with living the rest of my life in England.

I’ve been very fortunate enough to have spent my time travelling quite a bit across the world and seen some remarkable places. At the beginning of year 2020, I was certified to teach Yoga as it was a really big passion of mine and it had changed my life so much that I wanted to share that experience with others.

How long have you been modeling and what do you enjoy about being a model?

I’ve been modeling only more seriously in the last 6 months. Over the years I dabble and dabble in it but when I came back from India, it was something I had grown more interested in. I love that modelling is like acting. You’re playing a role that gives you the ability to express yourself in different ways like different versions of yourself that you can play with.

Do you have any favorite genres of modeling you prefer?

Hmmm that’s hard. I don’t know what genres it comes under but I love the soft innocent raw look but also attitude fierce stylized looks.

What is a memorable or unforgettable photoshoot you have had so far?

Probably my first shoot I had done when I was living in Barcelona. I was walking outside my apartment at like 11pm to go to the shops to buy some chocolate and a guy crossing paths with me gave me his card and said I’d be great to shoot with. I really wanted to do a shoot but didn’t really know what I was doing or have the confidence in myself. He asked to do some movements that felt very awkward and I didn’t feel comfortable so I left. I think I didn’t do another shoot till like a year later ahah.

You don’t know anyone’s story so stop trying to make assumptions about others. I would rewire our brains so that we grow up being mentored to supporting each other in whatever we like to do without judgement instead of tearing people down when all we are all trying to do is our best. So many people had their dreams taken away from them as they were told and they believed that it wasn’t possible.

Definitely 100000x I lovvvvvve adventures, I lovvvve getting lost, I love getting a little scared, sounds weird but it brings you fully present in that moment. You’re fully immersed.

Would you rather be a vampire or werewolf?

Vampires were always my fantasy growing up and I’ve always wanted someone to bite me and turn me into one hahahah… I think I was obsessed.

“Something’s wrong with my eyes, I can’t seem to take them of you” …. I awkwardly laugh but have nowhere else to go as I’m working behind the bar so I pretend to be doing something seriously important behind me.

Thank you for taking the time to answer our questions Mia. One question before we end, how do you define “sexy”?

Sexy is being fully comfortable and confident in your skin.