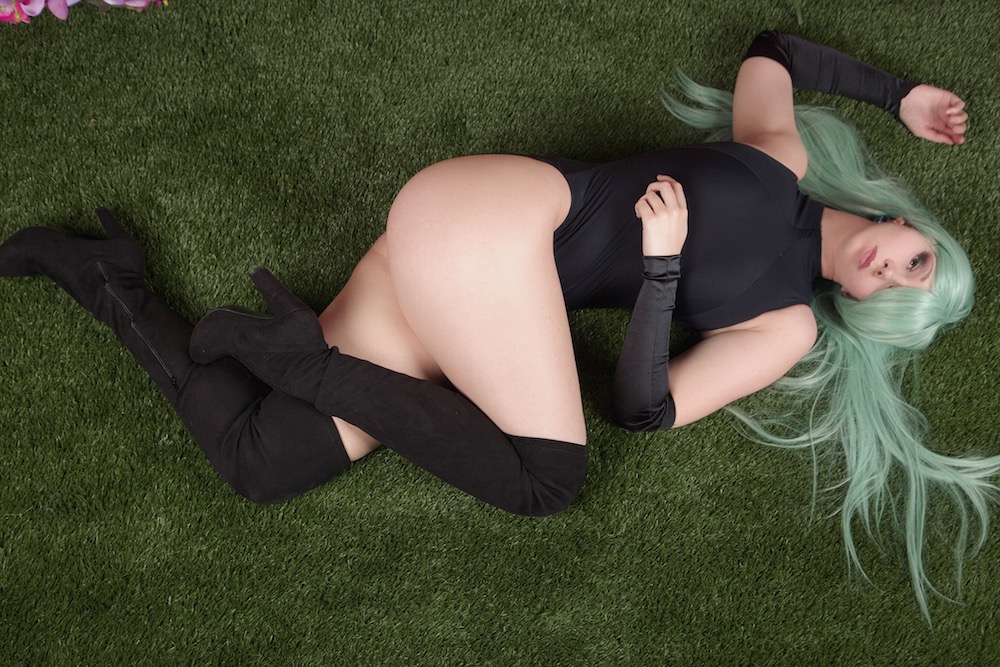 Hi all I’m Lollipop Heidi cosplay. I’m originally from the bay area Northern California but now reside in southern California. I have been cosplaying since 2012, my cosplays have been featured in magazines such as Cosplayzine, Vanquish’s Heroes, Villains of Cosplay, and as the cover model for LIVE magazine. I have also modeled for fashion shows at various conventions, drawing on my experiences as a professional dancer into my cosplay and modeling.

Most of my cosplays are created by me and my mom as a team; I specialize in the crafting portions such as props and wigs, while my mom specializes in the sewing and pattern-making aspects. Together, we create fun and detailed cosplays that I wear to events and photoshoots! 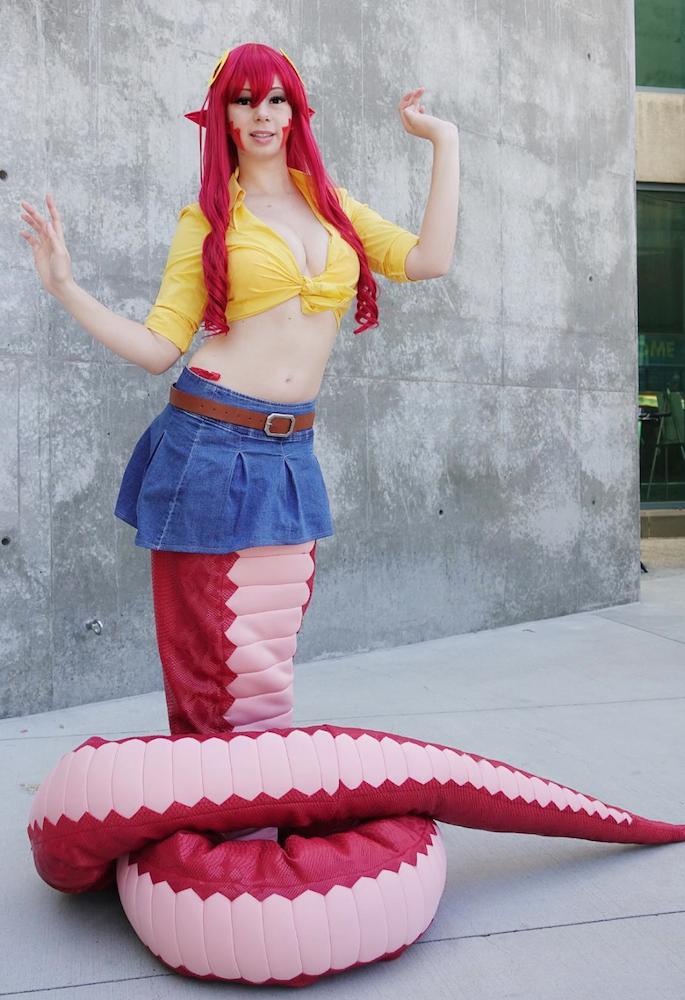 How did you get started into cosplaying?

One day I had a friend come up to me and asked if I was going to Fanime next weekend, since they knew I was an anime addict. I didn’t know what Fanime was and said I didn’t know what it was. My friend was so surprised that I loved anime but didn’t know what an anime convention was. They explained it to me and my eyes sparkled! They also said, “You have to cosplay if you go or you won’t fit in and you’ll feel really awkward“.

So, I asked them what I should cosplay because I needed something fast and easy since it was the following weekend. They suggested Vocaloid since I had Miku on my bookbag at the time. My friend pulled up Just Be friends sung by Luka on her phone and suggested that. So, I immediately bought all the stuff to cosplay her around my hometown, white dress boots I already had and a hot pink wig I got at the local dance costume shop. I attended the con in this garbage costume and had the most fun I’ve ever had ever and that is where it started, I wanted to keep doing cosplays and having more fun every time and look here we are now!

Which is a memorable cosplay experience you have had so far?

One of my favorite memories actually happened last year at Blizzcon It was my first time attending the con as an actual attendee with a badge (previous years I had worked as staff for the con center or just gone and seen people around the center at the hotels and such). I was wondering by myself in my nano D.va cosplay just trying to take everything in because I wanted to do different things then my friends and a T-mobile staff member came up to me and complimented me on my cosplay and if I would be free for a promo photo for their site.

I was doing nothing at the time so I said sure and waited patiently for them to tell me what to do next. They grabbed a few more Overwatch cosplayers and we were all waiting together till the member approached us again and said we were going to take a photo with Zedd. (if you don’t know, Zedd is a big name DJ and I’ve been listening to his stuff for forever). At this time I couldn’t believe it till they told us to follow a blizzard staff member and we passed the entire line to get into the over watch arena for the grand finals!

My friends who were inside already saving me a seat saw me on the main stage and jaws dropped and I was, so star struck! We all took the photo with Zedd and the CEO of T-mobile and let us find seats to watch the finals. Overall that experience is one of my top cosplay experiences.

Do you have any advice for someone looking to get started into cosplay?

Cosplay something you love but on the comfortable easy side for your first cosplay. Future you will be thankful you didn’t start off with a giant hard cosplay but something that will help you learn how to grow! Comfortable is key too because the first time you wear it, you’re going to want to stay in it alllllllll day and comfy is good for that part. But always cosplay something you love; if you don’t love your cosplay, you won’t have a great time. 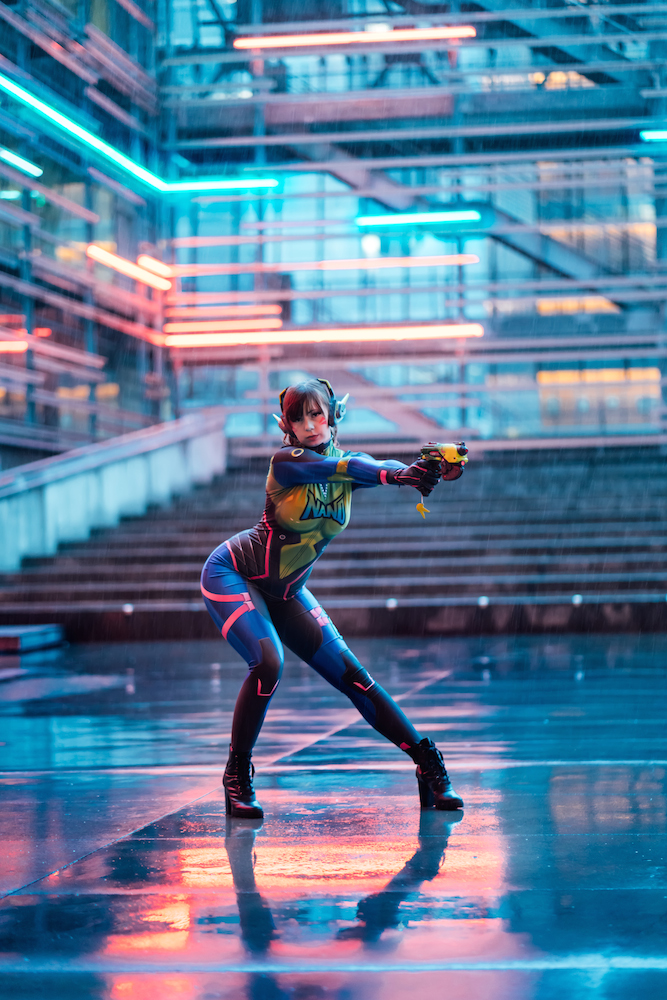 What is a common misconception about cosplayers you usually hear?

That we are all cosplaying for the attention and don’t know anything about what we are cosplaying as, this is not true. I always research my characters 100 times before going out in public in a costume, attention is great but I cosplay for myself and my love of anime and cosplay.

I would love to learn 3D modeling and printing but I don’t have the time or resources for that at this moment in time.

Watermelon, cause it’s my favorite! 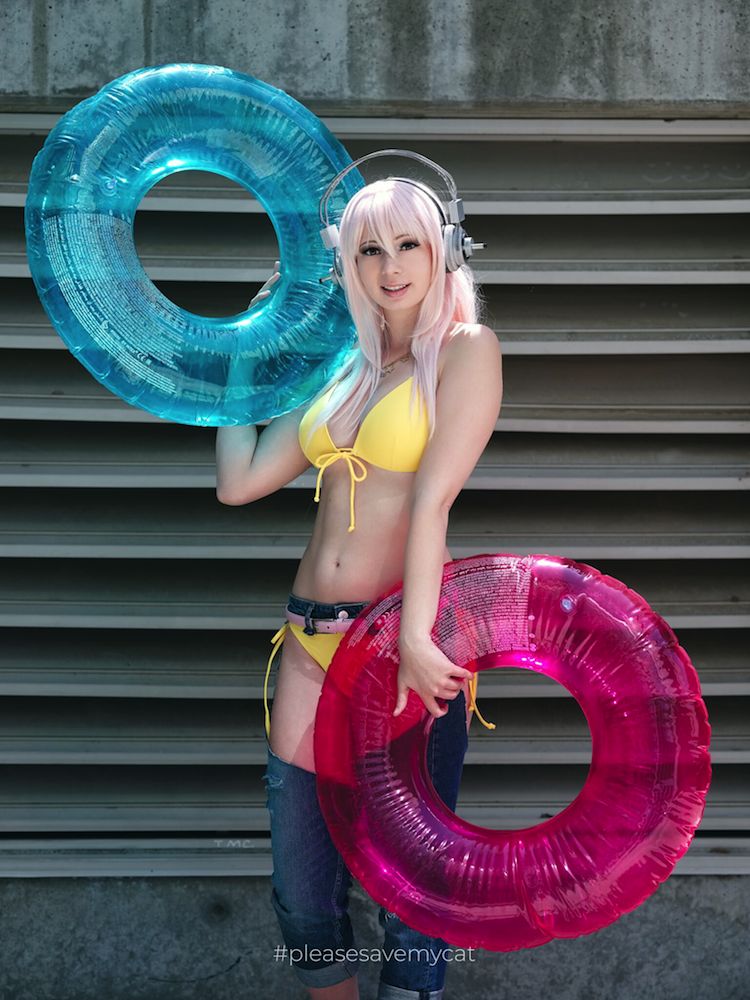 What is a funny or lame attempt a guy has tried to know you?

There was one person who tried to get to know me by giving me a full work out routine but not at the gym but a “sex work out” explaining the whole process and how it’s beneficial for my health and how his whole life work is about studying it so he’s obviously the best at it.

Thank you for taking the time to answer our questions Heidi. One question before we end, how do you define “sexy”?

Confidence and being true to your self is super sexy.

If you sign up to my Patreon you can get access to a lot of fun sets and features https://www.patreon.com/lollipopheidi

You may also like...
Related Topics:Cosplay, Cosplayer, Lollipop Heidi, SimplySxy