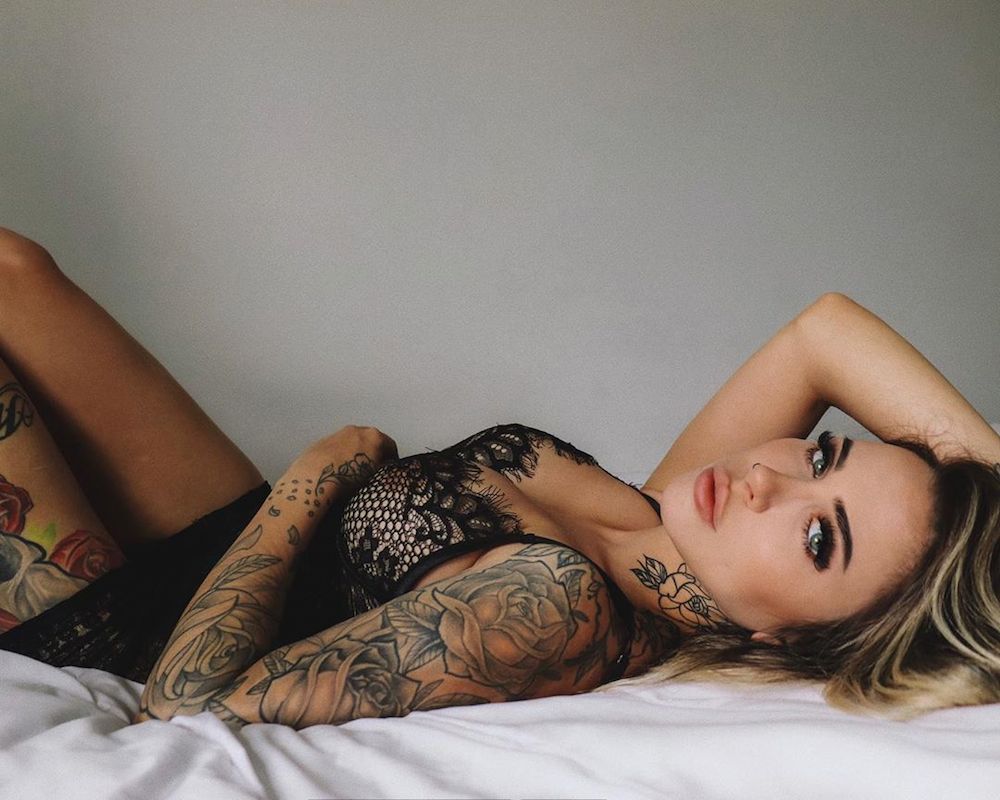 Hi, my name is Jade Lavoie and I’m from Quebec, Canada. People used to say that I disturb and provoke, and I got to admit that I love it! 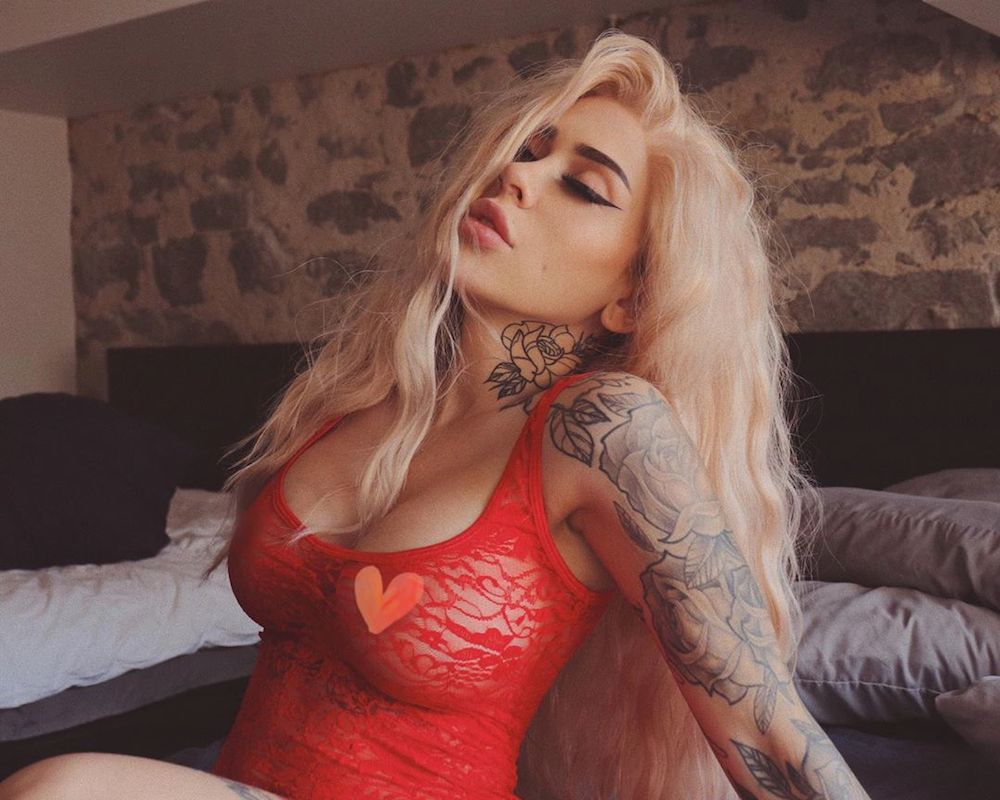 I don’t think I have a particular style. I wear whatever I like when I feel comfortable.

I love photography so I made my hobby my daily job.

Is there a story behind one of your tattoos?

I’d like to say yes, but except some roses on my arm, which represent the song my grandmother used to sing me while I was young before she passed away, I don’t know what I could say haha! 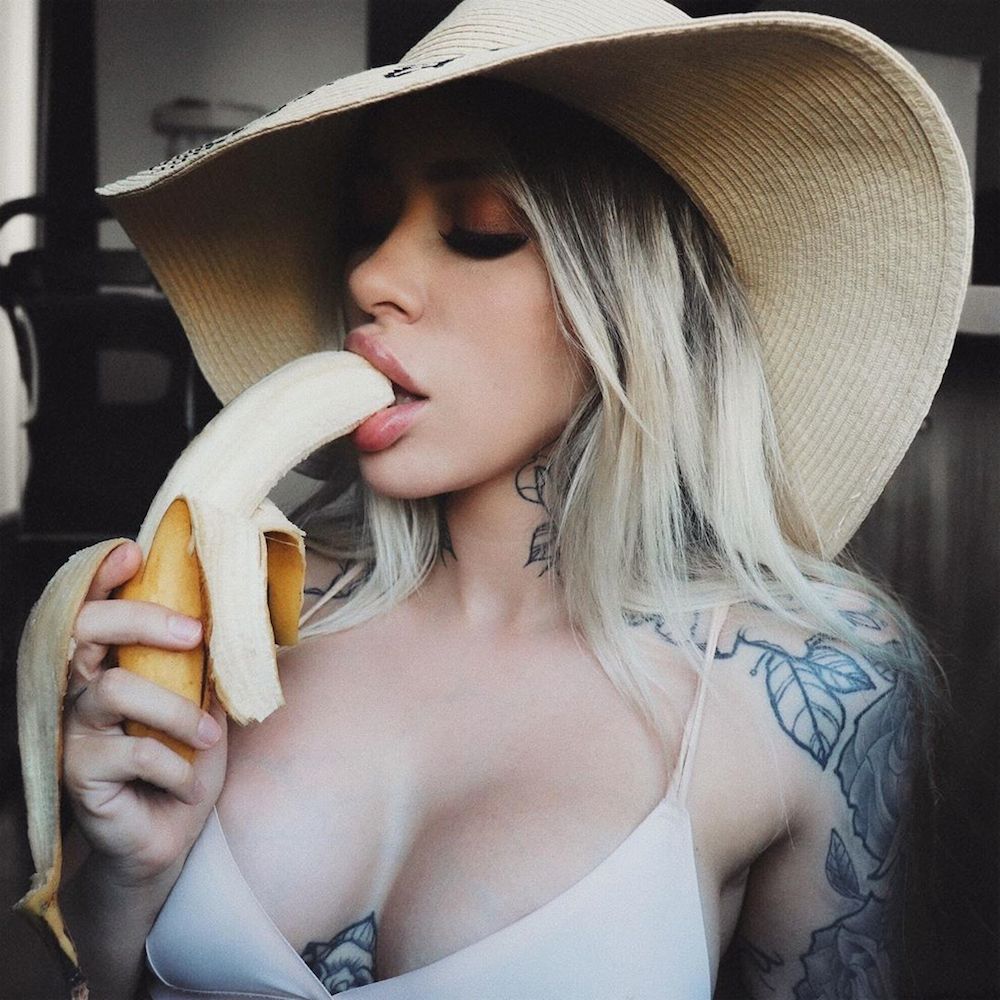 A couple years before I’d say 10, but today I would say 1. Getting closer to 30 years makes me more calm hahaha! I think I did party for 10 people when I was young so I won’t have any regrets.

Are you more of a lingerie or bikini babe?

Can I say lingerie even if I sell bikinis ? I hope honestly I’ll be able to add my own lingerie collection one day on my website ” www.jetaime.clothing ”, it would be a dream. I only need to find the best supplier for the best customers

Have you done anything crazy and not regret?

To be honest, I never regret anything and I did a lot of crazy things in the past so I don’t know in fact. Lately, I think it would be my choice of opening an account on OnlyFans!

What is a funny of awkward attempt of a guy has tried to know you?

A couple years ago, a man came to me in front of my friends saying, ”hey, long time no see” and was acting like if we knew each other. On the moment, I didn’t care very much, I thought he maybe talked to me on the internet and that I forgot. He was staying close to us. Alone. It was weird but we were in a club so I thought he was waiting for a friend.

Later, he asks me for a photo with him and says it’s to send to a friend. I decline his offer, saying I don’t feel very comfortable and that I don’t remember him. I ask him for his name again and he finally tells me that in fact we didn’t know each other. Even with the loud background music playing, I felt like I lived the biggest moment of silence of my life HAHA!

In short, maybe writing the awkwardness of the moment like this doesn’t seem so much but at that moment, the guy didn’t know what to say and where to be. Poor him, he left in a flash. DONT DO THIS, its weird !!!!!!!! 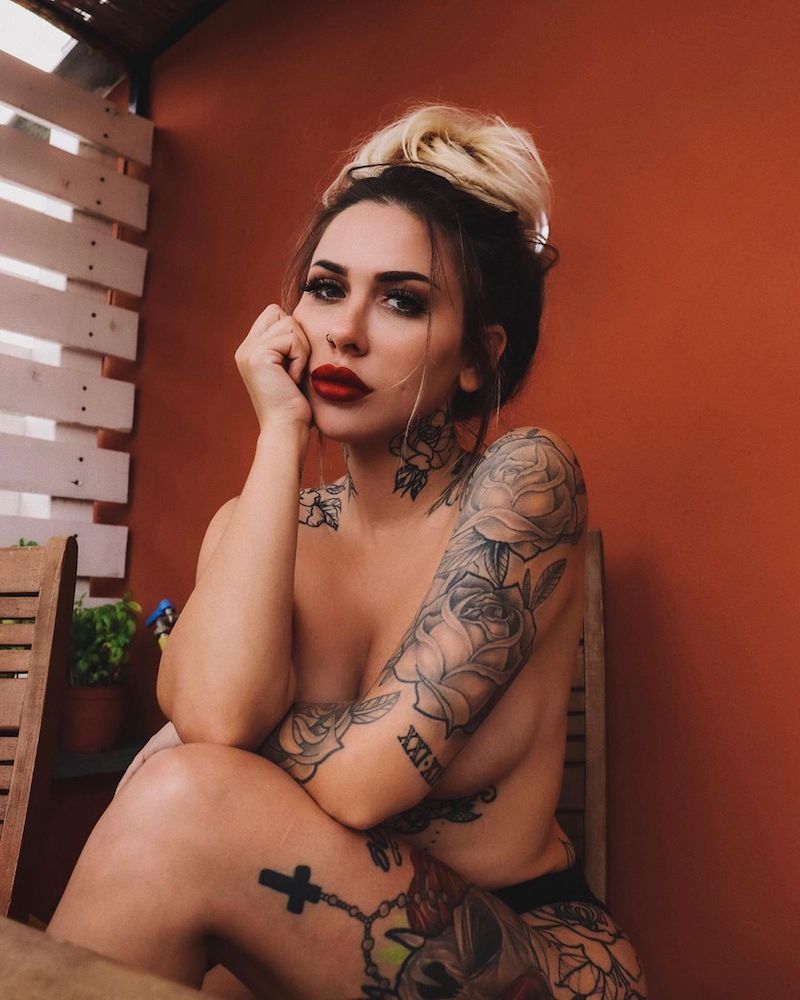 Thank you for taking the time to answer our questions Jade. One question before we end, how do you define ”sexy”?

Something sensual providing the desire to see and learn a little more?