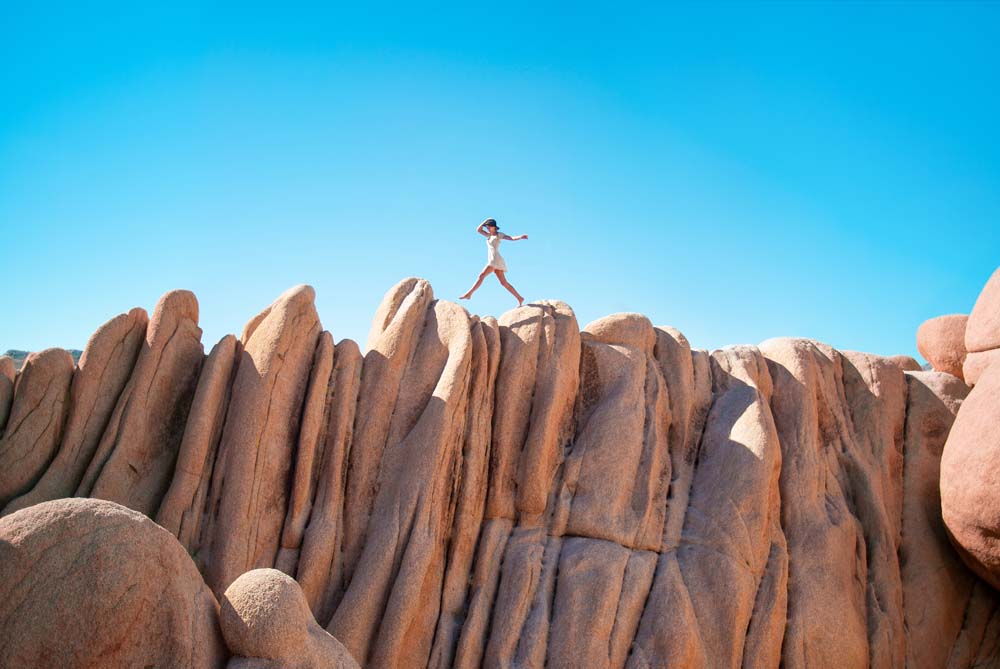 I was born and raised in Los Angles California, USA. My parents took me on camping and rock climbing trips every summer growing up so I had traveled to 46/50 states but never left the country until I met my boyfriend. I was 17 when I graduated high school early and started traveling. We had been living in Hawaii for four months when my boyfriend got a call from Cirque du Soleil and we ended up spending two years on tour with the largest circus company in the world.

Living with such incredible athletes was an amazing experience and of course I wanted to learn, so while he was performing ten shows a week under the big top, I learned aerials and was able to perform in the largest nightclubs in Canada. When people ask me “what I do?” I always laugh because whether I say “circus performer” or  “Instagramer” I never set out to be either of those things, they just kind of happened. 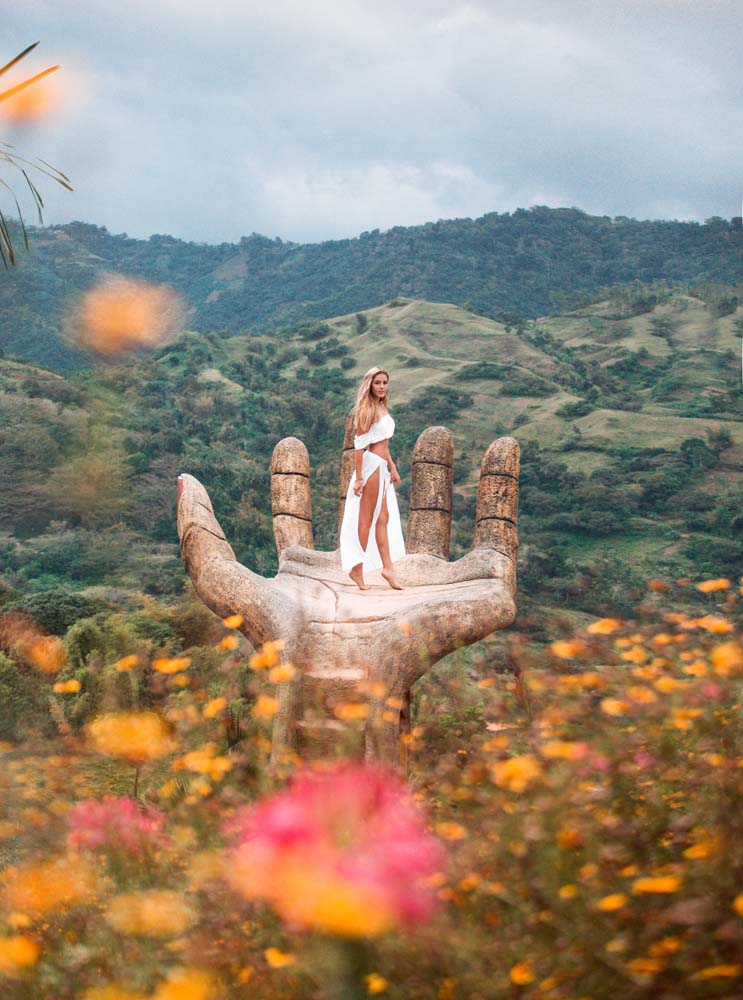 I first started modeling around the age of 15 in my home town of Los Angeles. I walked in a few fashion shows and did a bit of print modeling but I really hated working in the industry and always being told to change. The first and only agency I ever signed with convinced me to cut off 15 inches of my hair. (big mistake). I still regret that I let them pressure me into that.

Is being on camera a lot harder than it looks?

Definitely, haha. It takes a lot of trial and error to find your angles and be comfortable enough in front of the lens to relax the muscles in your face and not look like a Teletubby. For every photo I post on Instagram, there are usually about 300 that didn’t make the cut. 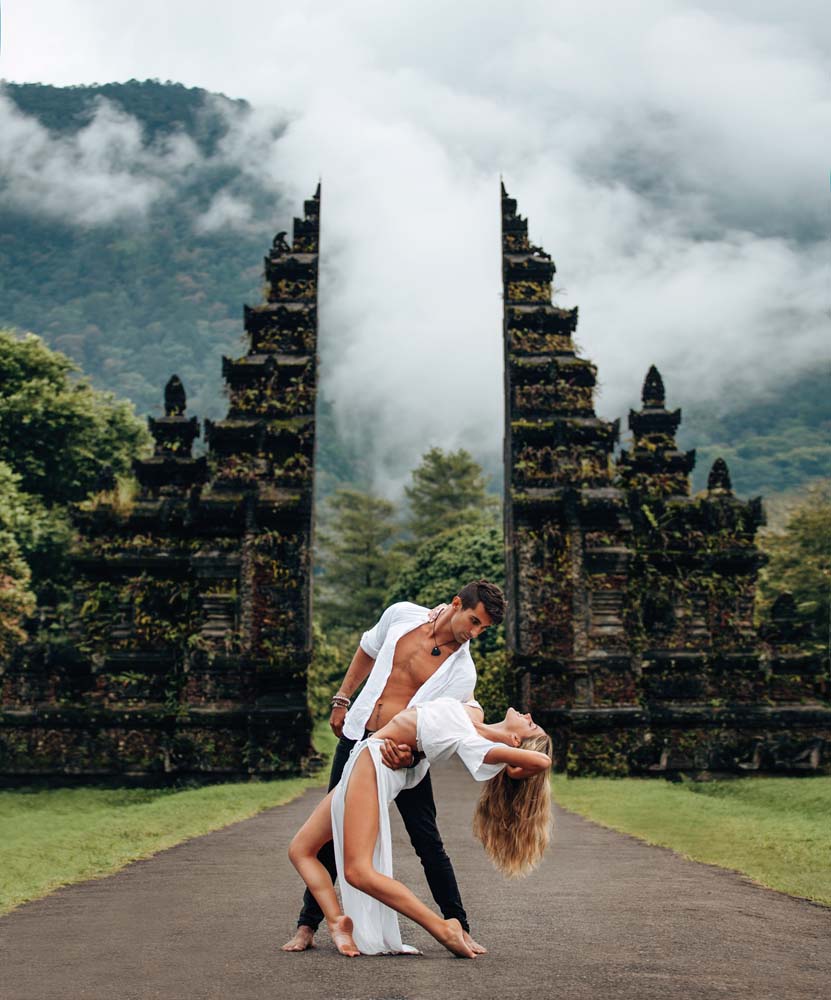 I love hearing that I’ve inspired someone to make positive changes in their lives like becoming plant-based or taking their first big trip.

My boyfriend and I have been traveling full time for the past five years, so what we do each day can change a lot depending on where we are in the world. That being said, I spend the first 30 minutes each morning doing a quick workout and stretching followed by some journaling. I’ve noticed that I’m far more productive when I make clear goals and lists of things I want to accomplish that day.

If it’s a shooting day, we wake up around 5 am to shoot the sunrise and if possible, make it to two other locations that day including a sunset shoot. Editing days mean spending 10+ hours sitting on our computers sorting footage and creating the content people see online.

Is there something you’ve always wanted to do but have yet to find the time for it?

I would love to spend more time learning French. It’s such a beautiful language. At the moment I use duo lingo every day but that feels like a pretty low bar LOL. 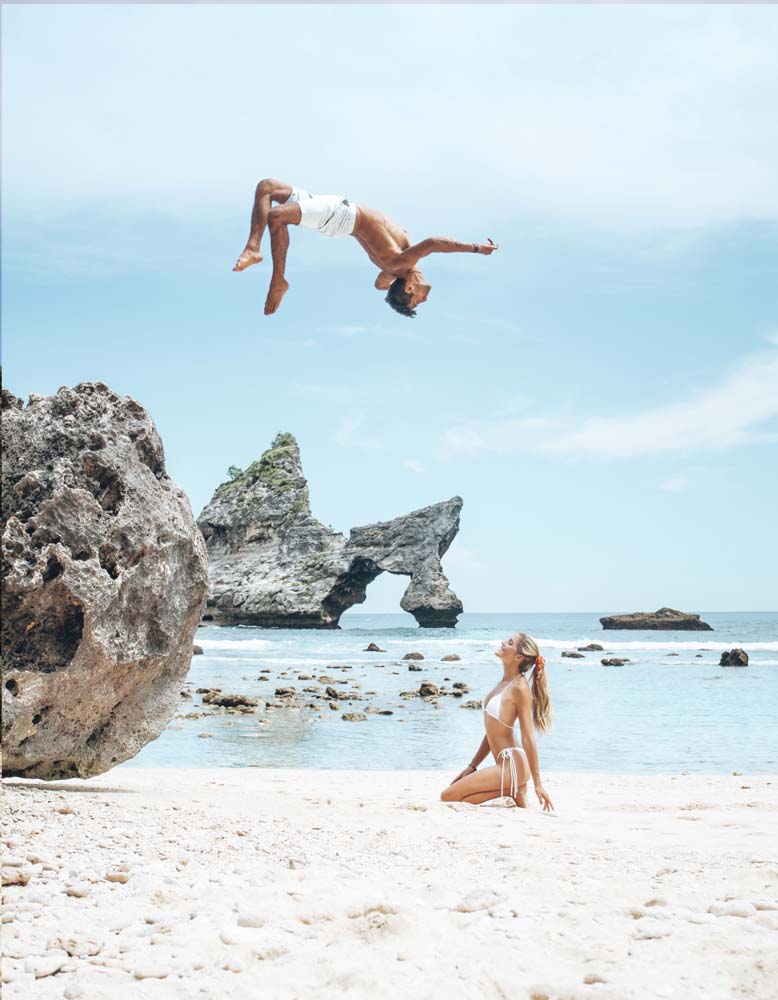 Have you been in an embarrassing situation before that is funny now when looking back?

Oh man, so many times.. Posing for photos in public places can already be a bit awkward when people are staring at you. But two summers ago, we were in Canada at this beautiful old abandoned ruin build on the side of a waterfall. We wanted to take some artful nude shots and since we were in the middle of the Canadian wilderness we figured it was fine.

So I’m up there, completely naked hanging off the side of this crumbling building when all of a sudden a group of like fifteen Chinese tourists come around the path and just stared at me… there wasn’t really anything I could do other than wave, laugh, and wait for Rikki to throw me a jacket.

Every once in a while when I’m shooting my boyfriend doing big parkour stunts or cliff jumping (he’s a professional parkour athlete so he knows what he’s doing) guys will try and copy what he’s doing or show him up to get my attention and they end up hurting themselves. #notcute 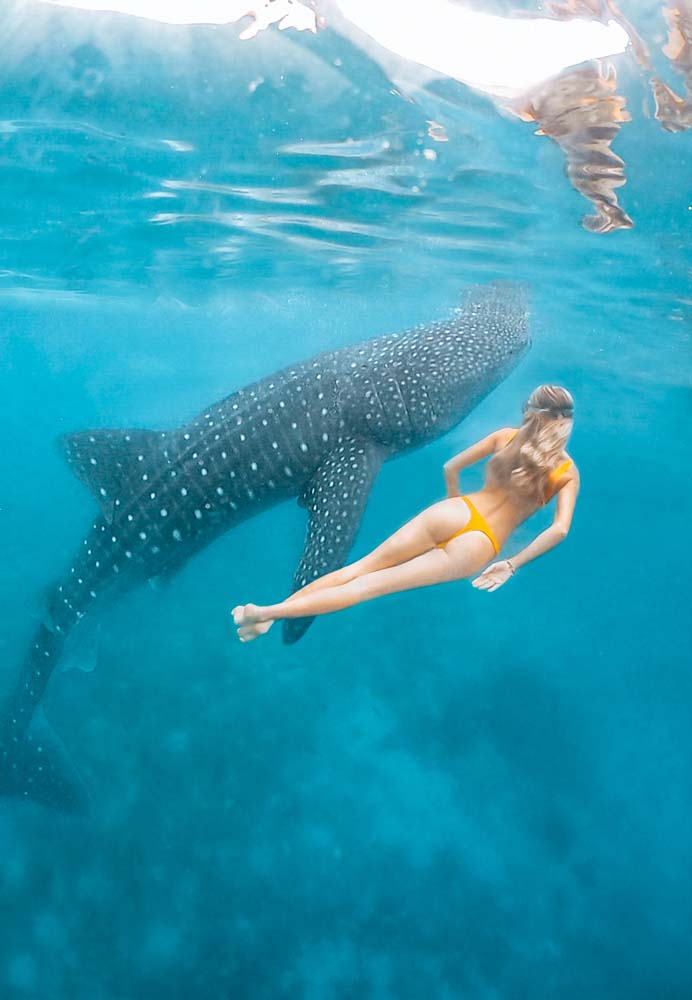 Thank you for taking the time to answer our questions Julia. One question before we end, how do you define “sexy”?

To me, “sexiness” is more about attitude than physical appearance. It’s sexy when someone knows who they are and doesn’t need validation. They own their flaws unapologetically and know what they want in life.

I’m in the second faze of editing my first Bali travel guide for the Instagram lifestyle! It has all my secret photo spots, editing tips and much more. It’s been a super fun project to work on and I can’t wait to share it with you guys.