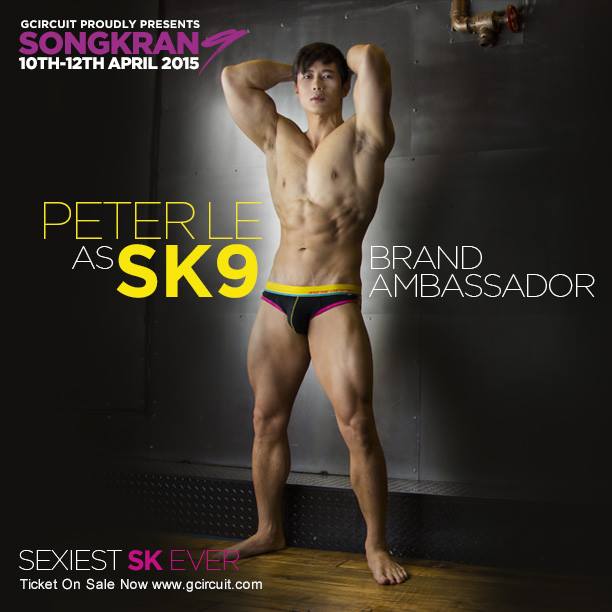 GoGo boys are mythical creatures in the Queer Kingdom. You will find they that exist in different forms in different regions. In the West, GoGo boys are dancers who are employed to entertain crowds especially in clubs. This began in the 60s and was made popular by musical variety series like Hullabaloo by NBC and Shindig by ABC. However, in Asia the term GoGo boys is synonymous with the sex trade. This was an unfortunate byproduct of the Vietnam War. This week we will have many top Asian GoGo dancers that will be performing for Songkran9 and hopefully, this will help to restore the GoGo boys name to its original glory.

Leading the charge is SongKran9 brand ambassador Peter Le. Peter used to go to the clubs in San Francisco and LA with his friends and they would always pull him up on stage to dance with them. He started to fall in love with being up on the stage. Before he knew it, he was performing as a dancer too. Peter feels that GoGo dancing requires a lot of stamina and confidence. You will have to put a lot of effort to be able to keep your energy level pumping all night long. With many eyes on you, one better be confident about showing off his body for the crowd. 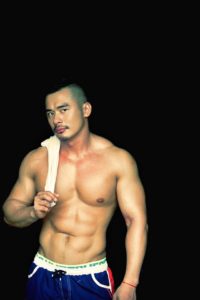 Next, we have Titan who had his first performance during the Heaven party, Shanghai. Initially, he was working as public relation practitioner and stage designer. However, the party planner found that he had the potential to be a GoGo Dancer. Hence, he was invited to join the show even though he was inexperience at that point in time. Titan feels that in order to maintain a good body, one must have the knowledge of physiology and nutrition. These are important for setting up a proper training program and diet program. An experienced fitness instructor can also help you to reach good results with half the effort but Titan feels that passion and constancy are the crucial points at the end of the day. 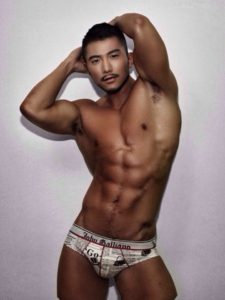 Finally, we have Sky. Sky was invited by a party organizer in Japan as a GoGo dancer about 6 years ago after his photoshoot for the cover of Badi Magazine. Many of the challenges Sky face in this line of work are related to  prejudice against GoGo boys. This is due to cultural differences and the lack of understanding of the nature of their job. Even though being a GoGo dancer is Sky’s sideline work, he has encountered a lot of unreasonable criticism on the internet. Fortunately, the erotic stereotype of GoGo boys is changing through the years because more people now have opportunities to know them through international parties such as  SongKran9.

However, there is still more work to be done as many still face harsh criticisms and harassment. More than just a pretty face, the GoGo boy is key to making a party go wild. GoGo boys believe that the eyes are the windows of the soul that will draw one into the crowd and make one immerse in the sensation of the party. With a touch and a kiss, the party heats up as the music unite the crowd and performers together in a night of ecstasy.

You may also like...
Related Topics:dancer, GCircuit, GoGo, LGBTQ, SongKran9

God’s Punishing Us: Isn’t He?
When I came out to my brother
Advertisement