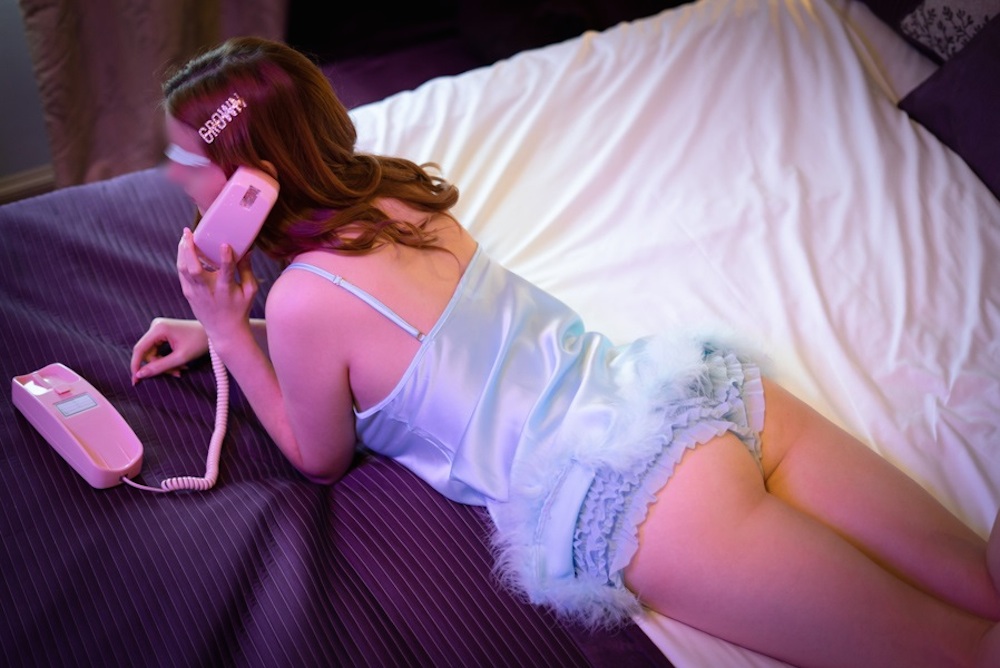 SimplySxy has the pleasure of featuring Pure Lily from London, a premier escort who specialises in taboo role play. Read on as we find out what taboo role play is all about, how to make them realistic and why Pure Lily is the perfect companion for you to explore with!

What Are Your Views Towards Kink?

Well, I’m really in awe of kink because I think it looks to be very welcoming to everyone, well at least in a perfect world it would be. I think in kink, you could be having such different kinks and kink events are so open minded!

What Is Taboo Roleplay Fantasy All About?

Taboo is whatever is seen forbidden/prohibited in each culture, country, religion, by customs. Taboo in sexual life as we know it from the Bible, ethnology could be adultery, incest, etc. So, here we would have ‘cheating wife fetish’ and other fantasies.

Why I Love Taboo Roleplay

I think when asking people why they have particular tendencies, it is good to ask for them to explain it but I also find it sometimes frustrating, because usually it just clicks for you from some long time ago and it just does for you – makes you hard or makes you wet and that’s it. Why do I love it? Because it’s hot, haha.

I could tell you what is popular in my expertise, what people choose to explore with me and as well, it’s because I do advertise it. Such scenarios like (step) brother-sister action, as well as uncle/step-daughter, also some other forbidden acts such as r*pe play and sleep assault play and I can tell you, in such role play it’s never too rough, or rough at all.

Of course, role play comes with action, but mostly it is about words, about interaction. In sleep assault, I would say it’s mostly about ignoring, letting clients to explore their fantasies, but obviously everything is done very safely, I rarely let clients bound me, never use an eyemask and for things such as sleep assault, I always check if protection is in tact.

Another taboo roleplay could be about power positions such as the headmaster forces to do something after school or perhaps your boss wants to take advantage, it can be just because or because your grades are low/you stole from work, etc. Maybe even daddy/daughter where daddy wants you to explore sexuality, maybe he brings some of his friends in his office and tells you what to do. Or a teen coming for a gynaecologist visit…

I would say probably one of them is that taboo roleplay fantasies equals ageplay, but in role play scenarios, there can be so many different scenarios and variations about it.

As I mentioned before, yes outfits do help, and I myself have more clothing fetish and have at least three drawers of a variety of outfits. One thing I haven’t mentioned before, I do cater for adult babies/diaper lovers, for bottoming and topping and switching. I have a few diapers, baby bottles, etc.

For schoolgirl, daddy dom/little girl role play I have coloring books, gingham dresses, I also have such things as crop tops and frilly socks, which could be more of a babysitter teen vibe of outfit for such taboo role play. I have a genuine schoolgirl outfit, all my outfits are just genuine pieces, it’s not a sexy schoolgirl/nurse outfit from sex shop.

But really, it’s all about words, scripts, actions, interactions. It’s weird because I have never been in any drama class but now I think I’m such a good actress.

Tips For Beginners Into Taboo Roleplay

And then we would get to roleplay which in the beginning could be more scripted but later it should just go by two or more people’s flow.
Anyways, if any taboo role play is making you hard/wet when you are reading about it, it means it’s your thing and go try it at least once in your life 🙂