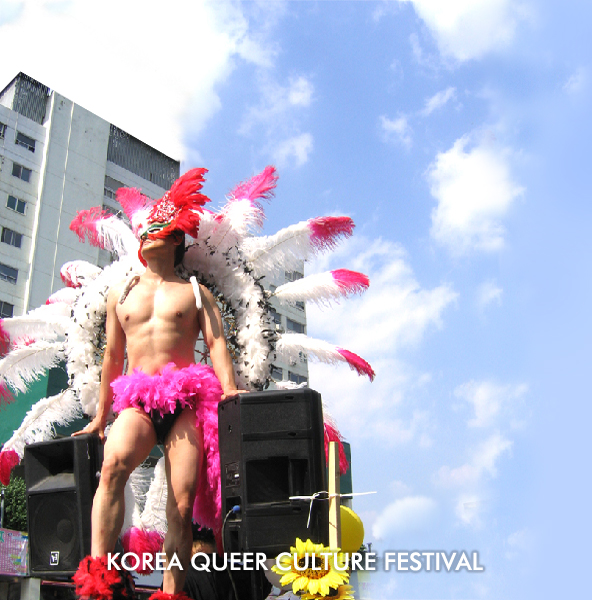 Every Summer, Pride Season comes around. People from all over the world, celebrate being LGBTQ in different ways with various festivals. South Korea is no exception. The first Korean Queer Culture Festival (KQCF) was held in 2000 and has been an annual event ever since.

This year will be the 16th year the event has been carried out. This year the festival will have many events, including a film festival, a party, forum and exhibition representing the LGBTQ culture of Korea. Last year 20,000 citizens had a attended the festival and more are expected to be in attendance at the Seoul Queer Parade held in Seoul Plaza on June 28th 2015. 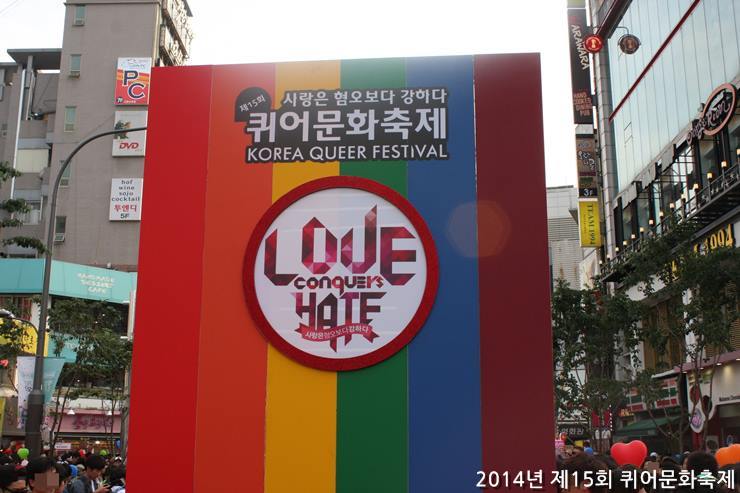 However, like many similar festivals, the Korean Queer Culture Festival has faced resistance. In 2014, anti-LGBT and Christian conservative groups laid in front of the parade route, delaying the parade for over 4 hours. This year, these groups directly blocked the use of the event venue by applying for public use permits before the Korean Queer Culture Festival Organisers.

Despite the resistance, according to a recent study by the Asan Institute for Policy Studies, there appears to be less resistance to homosexual between the years 2010 and 2014. In addition, young people seem to be more accepting of LGBTQ culture. This encouraging statistic only encourages the organisers to continue on in bring LGBTQ issues into light in Korea. They have been using social media to advertise and bring about awareness as well as share news, information and event details to the public. This social network they have built seems to have allowed them to reach a great number of people, spreading the word and bringing about a greater acceptance for LGBT issues in Korea. 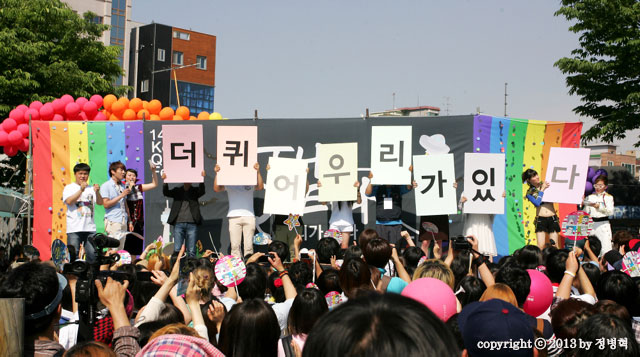 The organisers emphasise ‘togetherness’ in their campaigns and outreach. They understand that the LGBTQ community in Korea still fear being exposed to the society due to the discrimination present. They hope that KQCF will be a safe, peaceful and fun process for all participants. They want to LGBTQ people to be recognised under the same human rights as the rest of the people in Korea.

Organisers are optimistic, hoping that Korean society will change. As the month goes on they will be continuing with their many events around the festival, hoping to increase awareness, fosters a healthy understanding of the queer culture as well as create a safe environment for the LGBT community to express themselves in.

Image courtesy of Korean Queer Culture Festival
Have an amazing experience or tips you like to share on SimplySxy?  Drop us an email at editorial@SimplySxy.com!