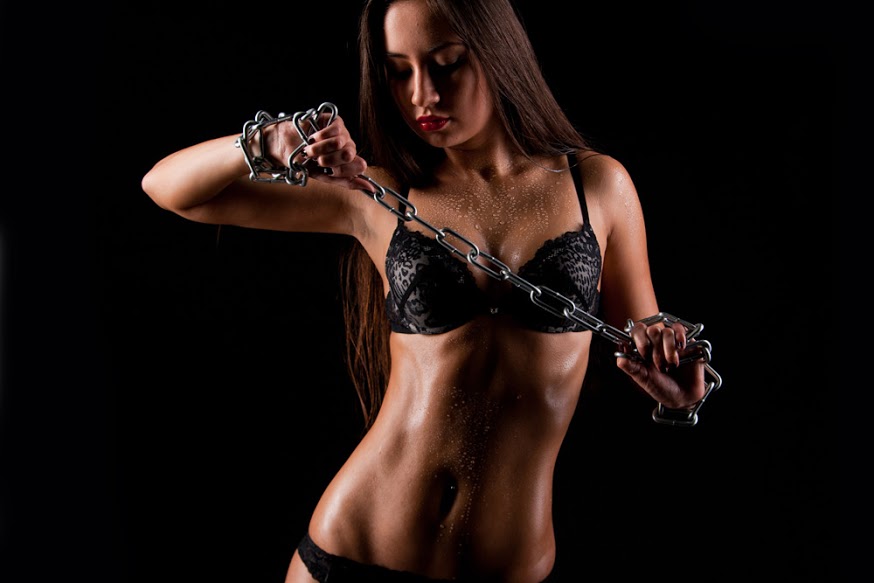 My first customer who ever booked me was very honest with me from the beginning (almost which we will get to in a bit) and I was very happy with that. He explained to me as he was 6 when he was raped by his cross-dressing uncle. Since then it has been branded in his brain and he only somehow gets the full enjoyment of pleasure by going through the scenario again and again (where I came into play). He wanted the women to put on a gigantic strap on in shiny bright color latex suits and while he was tied up, taking as hard as possible from behind without any mercy, stretching or loob. He was married, talked only positive about his wife and children and how much he loves them and he could never have a life without them (even showing me pictures, a very very uncommon thing to do). But the fact that this “demon” as he called it, was stuck inside and he couldn’t handle but to go for a session at least once a month just to get really off and go back to normal life. It was at that moment that I realized what all those men and women who were dominatrixes were telling me all along. This is when I got the gift of really listening. Not only what they are saying, but all the details too.

After emailing back and forth, we met up a month later in a hotel in Trier. My rule was first 15‒20 minutes of natural time, meaning to discuss the do’s and dont’s again in person (“personal limits”). How this was going to go down step-by-step exactly. I would then get dressed, have my glass of champagne to calm me for I was really really nervous. And then just like that, the show began. I wore a purple cat suit with a huge gigantic black and pink decorated strap-on which I had borrowed from a friend and proceeded to tie him up on the bed in a doggy-style position and did what he had asked for; said the things he exactly wanted to hear. And everything was going so well and smoothly and as I was thinking about this, I looked down and saw a huge bloodstain. I jumped up in total panic— because he was bleeding out of his bottom—ran to the phone and called an ambulance. He was so embarrassed and just kept on saying “I’m sorry, I’m so so sorry, I’m sorry. Don’t worry, you won’t be in trouble for anything. I’m sorry.” I couldn’t help but started crying, thinking that I was going to go to jail and ended being deported back (for hurting him). But as the people arrived, I was still in shock, sitting in my outfit with the strap-on on me and as they walked in and noticed me asking, “What happ … Oh! Okay. I see. Let me have a look …” I rushed into the bathroom embarrassed to the max, taking everything off upon hearing what they were saying. Suddenly, my client who was still outside said, “I know why it happened, I have inner hemorrhoids.” I burst out of the bathroom half naked and angry as a lion shouting, “ARE YOU FUCKING KIDDING ME !?”

And hence throughout that whole year, I met men and women from different walks of life but all with the same need: the need for help with their sexuality. This ultimately led me to me joking with my friends about how my role has evolved to that of a sex therapist. I not only helped these individuals to understand their own needs better, they were also comforted (I know the whole thing is a bit ironic considering the fact that we are talking about BDSM, just bear with me), had a understanding and judgmental free zone to express themselves. They got exactly what they needed from me not in a proper and none “profit mode” manner but in a helping manner. I’m not saying everyone of my clients was raped as a child like my first ever customer back then. However, a lot of them—if you just ask about their sexual history and how everything became clear to them—the stories and way things happen is so unique in every case. Many a time, these individuals simply cannot explain why they like it but the ones who can, oh boy! they sure have a lot to tell and are truly entertaining—no need for popcorn or anything. I cannot list each and every one of them, but if only they knew …

The only problem I had with this was with my own sexuality after 9 months of doing this for my sexual appetite started to suffer. I didn’t enjoy sex and even lost all interest and lust at one point in time. Hence after a while, I had to make the decision to love my own vagina and my love for lust. However, even after quitting this, something weird happened. I never dropped my analyzing. To this day, I continue to analyze everyone I meet. Why do they act in this way, why do they handle things in that way? It is almost as I have become a hobby psychoanalyzer (funny given that I was never in school for it), but the thing is, i actually enjoy doing it and it has definitely helped me to help others with their stuff be it making right decisions or handling situations; making them stronger to take on their daily battles etc. In a sense, I learned how to help others in a proper way even though it was achieved through whipping and tying people up. However, if you are able to read between the lines and really get a deeper understanding of people, it’s quite remarkable to see how easy it is to help people without having the drama and fights.

And so what do I do these days you ask? Well, I modeled for a long time in Germany (and throughout Europe) and when I became pregnant, I stopped and let life be put on hold for a while. I got married, moved back home to Washington State, and got back into 2 long loved passions: politics & erotica photography.420Photography has became a huge and new factor to the Creativity Closet. I do a lot of smokeography and films. I have also been modelling for Godsgirls since Spring 2014 and am blessed with all the love I receive on social media for my work, be it Instagram,Tumblr or GG. I don’t think I’ll be done working in the world of sex anytime soon (whether its occasional caming, making my erotica photoart, or even short videography clips on Youtube). I feel like I have so much more to say and do. My main mission is to change our views on not only nudity but overall sexuality. We shouldn’t be demonized for what we love for as long as what we love does not hurt others, we should be encouraged to embrace our passion.

So go out and spread sex positivity and together, lets change the world one step at a time!

You may also like...
Related Topics:Dominatrix, Sex Education, Submissions

Reminiscences of an Ex-Dominatrix (Part I)
Convicted Love
Advertisement