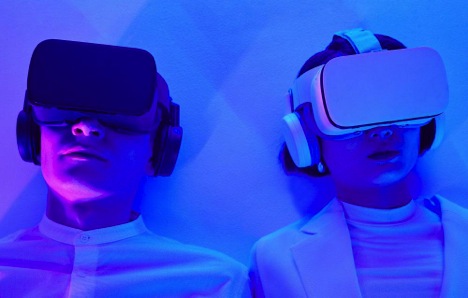 Best of the Rest

Although these highly regarded studios and content providers may deliver pretty much anything and everything a VR porn fan, new or veteran, could want, there exist plenty of other outlets catering to more niche interests. TadPoleXXXStudio presents amateur gangbangs so realistic they’re almost alarming. CovertJapan showcases gorgeous Japanese women in epic (and uncensored) hardcore encounters. VRedging teases rock hard men and keeps them (and VR viewers) right on the cusp of ecstasy for intense fetishistic fun. And there are no prizes for guessing what kind of women VRLatina focuses on… Thankfully, the aforementioned VRPorn.com features all these studios along with many dozens more, giving you a complete overview of just how far adult virtual reality entertainment has come, and where it’s headed in the future.