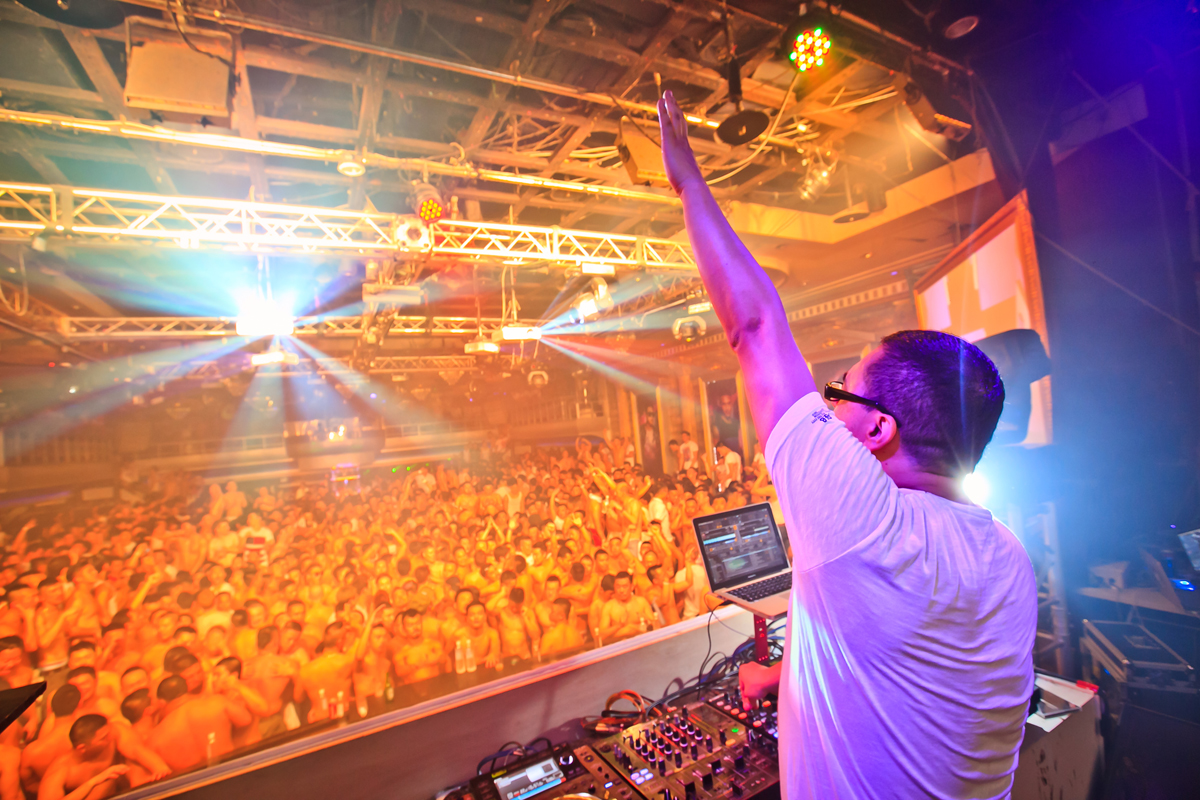 It’s all about the bass when it comes to a party. The right mix of booty shaking Go-Go boys and rad beat from the DJ. Music can make or break a party. You know a club is bad when no amount of alcohol can drown the beat away. A DJ should be able to hold his own—having his own style, passion and even cult following. In the upcoming SongKran9 circuit party, four major international DJs will grace the stage to bring the house down.

Opening the night at SongKran9’s Wicked party is DJ Alain Jackinsky. He is known for his love of House music. He started DJing when he was a teenager for dance parties in high school mainly for his own personal pleasure. As a teenager, he would listen to mainstream dance music as he was lived far from a big city. However, when he turned sixteen, he discovered house music through New York City and very quickly fell in love with this style of music. Alain loves playing a club remix version of a song he personally enjoys listening to in his everyday life like those by Coldplay or London Grammar. He feels that the big challenge for a DJ is to find “the right mix” to play. This is also coupled with the stress of performance, long hours of traveling and instability of living out of a suitcase. DJing is not a constant vacation as some may seem. It is countless hours of work and the brain never really shuts off. Music becomes your life because even at the end, the music never leaves you. It will always stay with you. In a way, that is how Alain find some kind of stability in his life.

For the main party, Neon, DJ Bent Collective will be DJing. The collective comprises DJ Steven Redant and DJ Danny Verde. Many years ago even before Danny became a DJ, Steven heard a track Danny made and loved it. It had something fresh, something poppy, and something like he has never heard before. Steven got in touch Danny and they started talking about music and their backgrounds and passion. Danny was very interested in DJing and Steven was extremely keen on producing. They have always stayed in touch but it was only when they found themselves in the same management company that they decided to create something together like the famous Avicii vs Nicky Romero remix entitled I Could be the One; a remix that will eventually launch Bent Collective into stellar heights. For Bent Collective, it is not just about DJing but also playing live music at the same time. One can expect to see live keyboards, samplers and drums and other instruments. Playing live gives Steven and Danny more liberty to goof around … and you can sure count on Brent Collective to be goofing around.

Closing the three day event is DJ Alex Acosta at Pharaoh. Alex stumbled upon DJing around the beginning of 1995 in a club with over two thousand people. He was a cook at the club and the resident DJ did not show up that night. His friends had told the manager that Alex was a DJ, which was far from the truth. While Alex loved music and had his own rock band, he was not a DJ. The management asked him to bring his CDs and he ended up playing from 10pm to 3am. The night went so well that the management offered Alex a residency at the club. Alex attributes his influences to his dad who was a musician. At home, they would always listen to good music, from rock to Cuban music such as Bola de Nieve and Celia Cruz. Alex feels that while every place is unique and different , all of us basically listen to almost the same music in the likes of Beyoncé, Madonna, and Kylie—just to name a few—at the end of the day. However, what makes the difference in a DJ’s music is its production.

Being able to create a great mix and reading the crowd is an essential skill that a DJ must have and all of these four DJs have mastered that skill. Going a bit harder, or darker, or lighter and adding vocals to give a mix the edge. It’s all about incorporating their own true style without forgetting the crowd. It’s all about the bass and perhaps that little bit of treble.

Why Asking Me How to Be a Sex Worker is Annoying For Me, and Bad for You
Challenges of a trans-lesbian
Advertisement