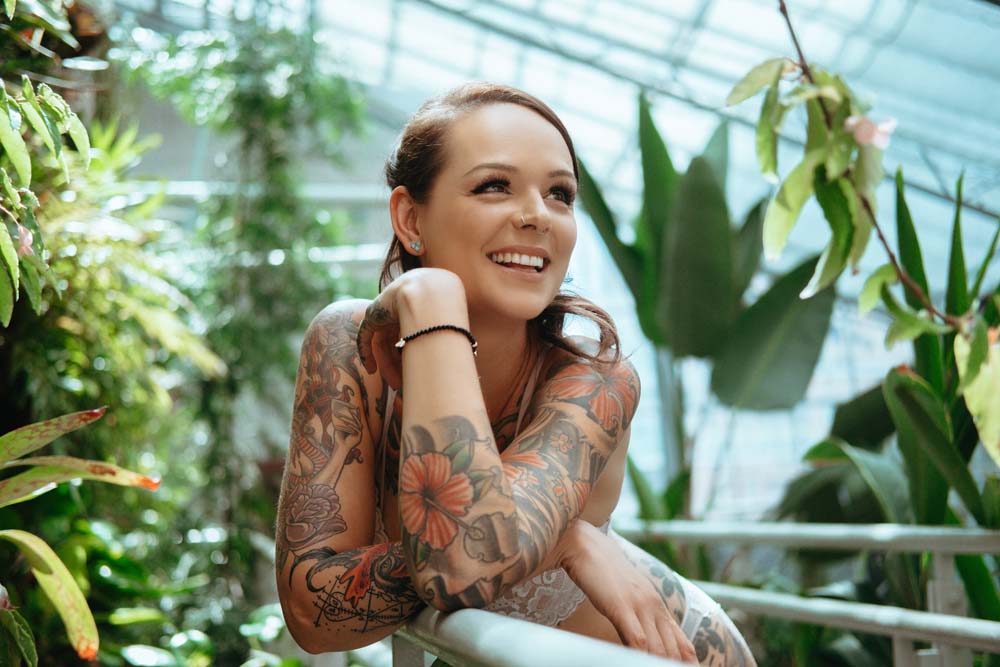 Hi I’m Anna, my friends call me Anna Banana or sometimes just Banana. I’m a German living in Canada. I’m a Suicide Girls Hopeful and a Photographer! I love living in Canada except for the long cold winters… but I like travelling to warmer places – so far I’ve been to Namibia, South Africa and Brazil. Australia and New Zealand are on top of my travel bucket list. In general, I’m a lover of life – I love food, being outdoors and meeting new people! 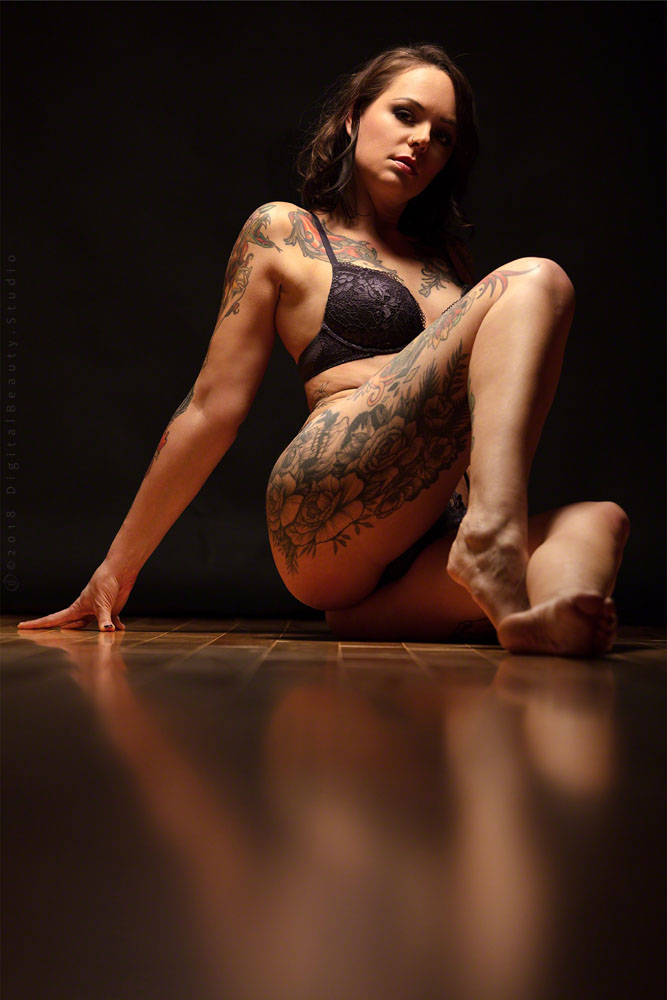 So this feels still funny to me because I wouldn’t consider myself a model as I feel that would take away from professional full time models that make a living with modeling. But I started posing for photos through my photography. I thought it would be fun to shoot sets for Suicide Girls and the easiest way to get to know those beautiful badass women was to try and become a Suicide Girl myself!

Eventually other photographers started contacting me to set up shoots. So far I’m enjoying it very much and it’s a huge creative outlet, although I still believe I’m a better photographer than model 🙂 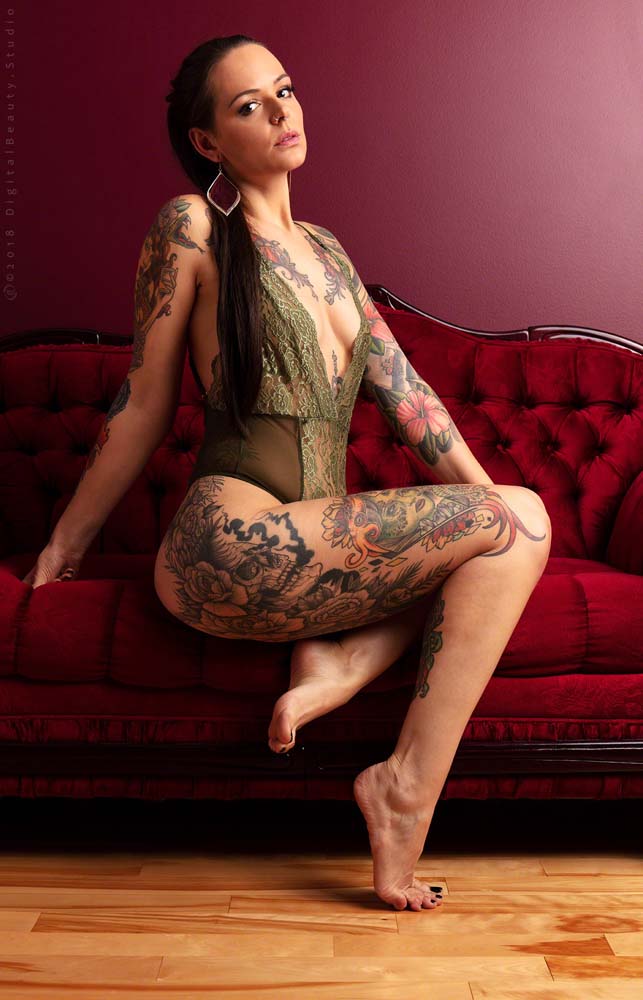 Which is the toughest or most challenging photoshoot you have been in before?

The toughest shoot so far was an artistic nude shoot at sunrise in a nature park! It had the most beautiful scenery with old ruins and a gorgeous forest and hills backdrop. Also attending were one billion mosquitos that were literally eating me alive!!!

First I tried to just suck it up and kept going but eventually the photographer (who was under attack as well) said it was too much, because the bites would have been impossible to edit out in Photoshop! I guess we both learned from this experience… 🙂 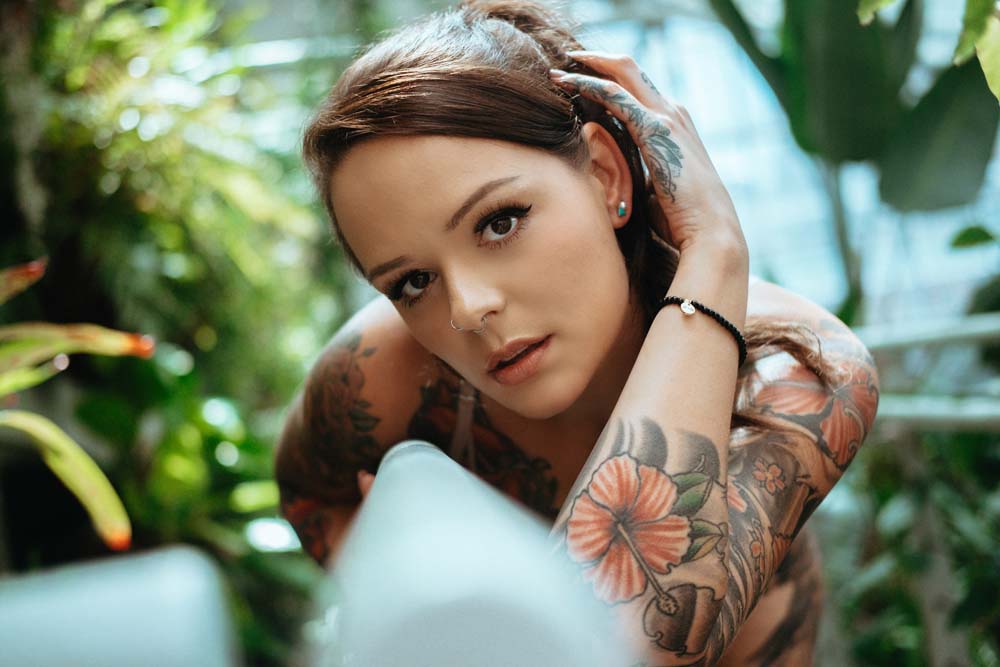 Can you share a story behind one of your tattoos?

Most of my tattoos I chose are because I liked the way they look…it’s like collecting art or precious jewellery! But I like to collect tattoos while traveling as a nice memory of the trip! Once I was travelling with friends in North Carolina and we stopped for a couple of days in Ashville. We had a great time enjoying food and craft breweries. So I got a little tattoo there which says “Zuckerschlecken” – in Germany we have a saying, that life is no sugar licking (it doesn”t really translate well) but those days in Ashville were so much fun and pretty much sugar licking…so I got a little tattoo as a reminder that life every once in a while can be damn sweet!!! 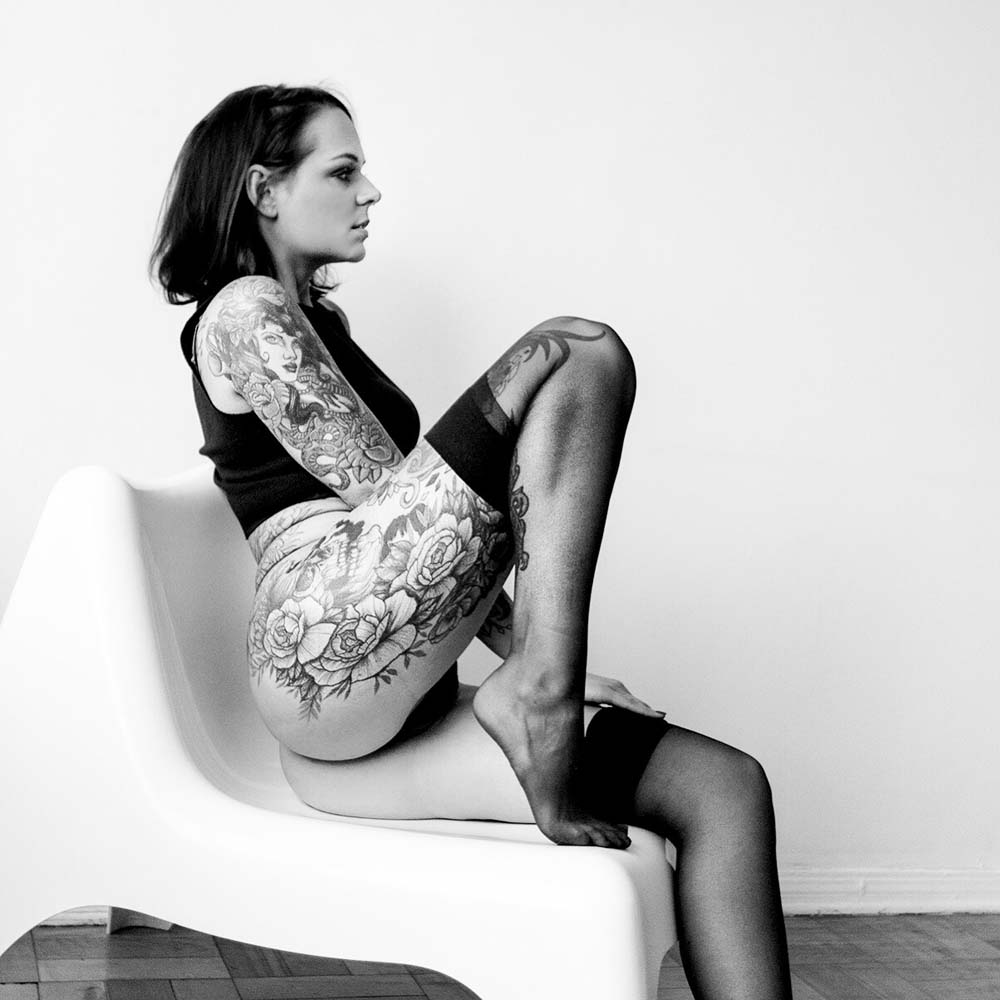 How much of a foodie are you?

I love food!!! I love baking and cooking…that’s actually how I got into photography! I used to write a blog about baking and got my first camera to take better pictures of the food! But I also love going out for food especially while travelling! It’s my way of diving into a country’s culture: finding restaurants where locals eat and getting an authentic taste of their everyday life! 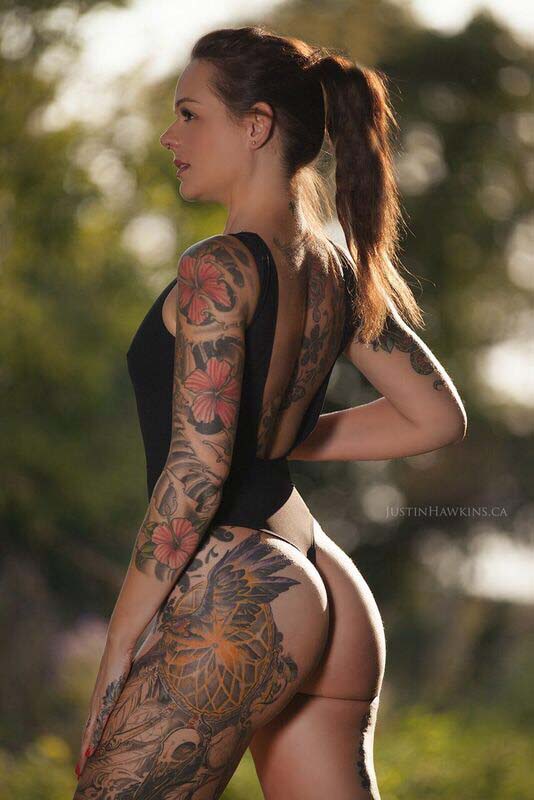 I would love to collaborate with Corwin Prescott. He’s a photographer from Portland and he creates the most beautiful artistic nude photos you could imagine. It’s mostly nude females placed into great nature settings! His photography is what I consider art! Also, he and his wife seem like genuinely nice and relaxed people so it would be fun to meet them! 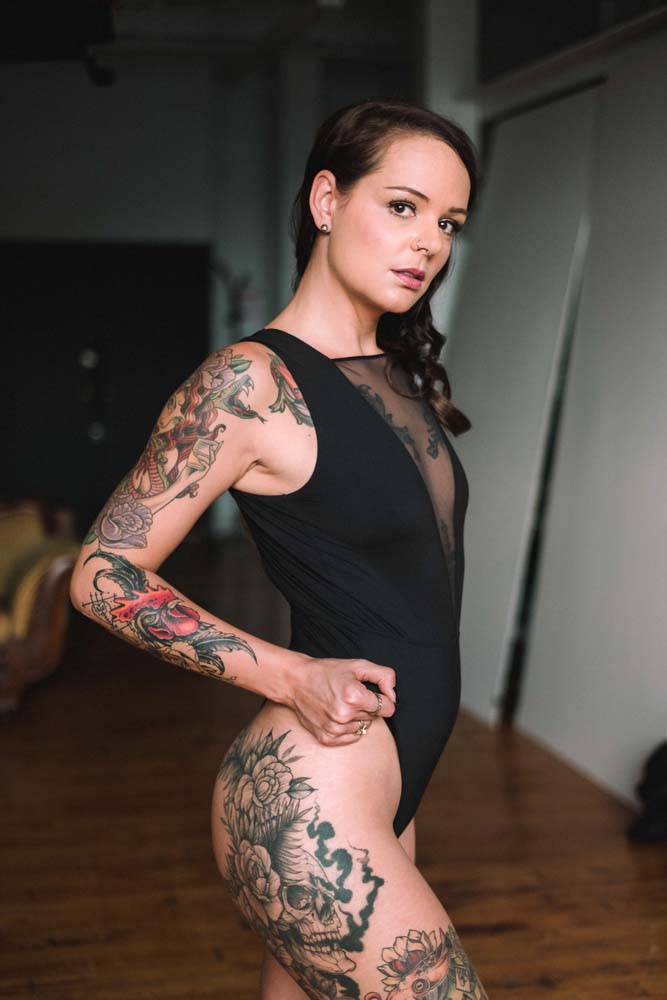 I find it always very weird that random men like to send nudes to my Instagram messages… why? And what do they expect to happen?

I will never understand that… 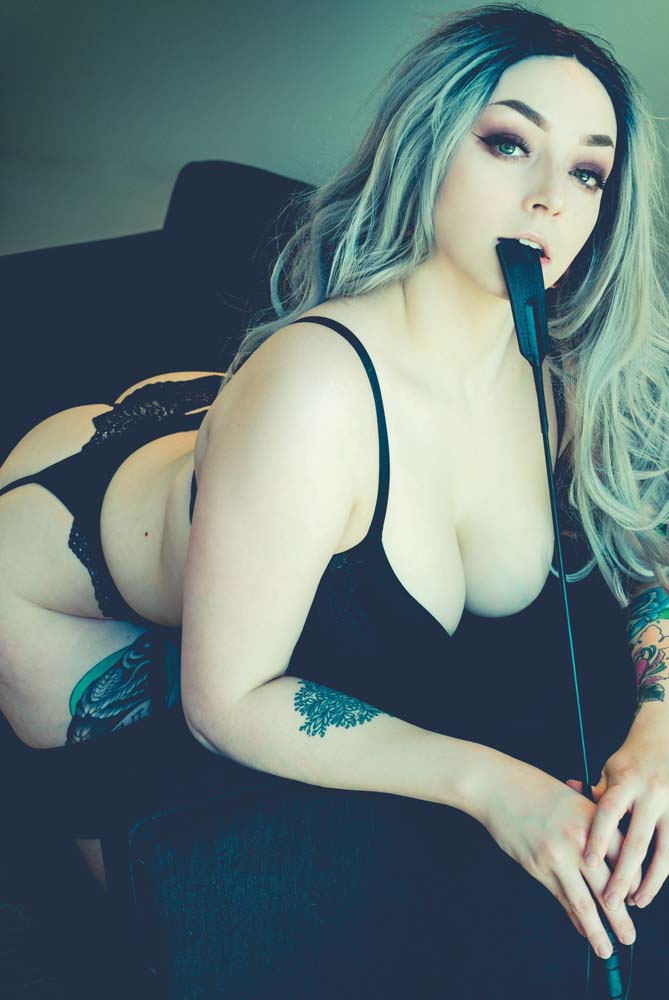 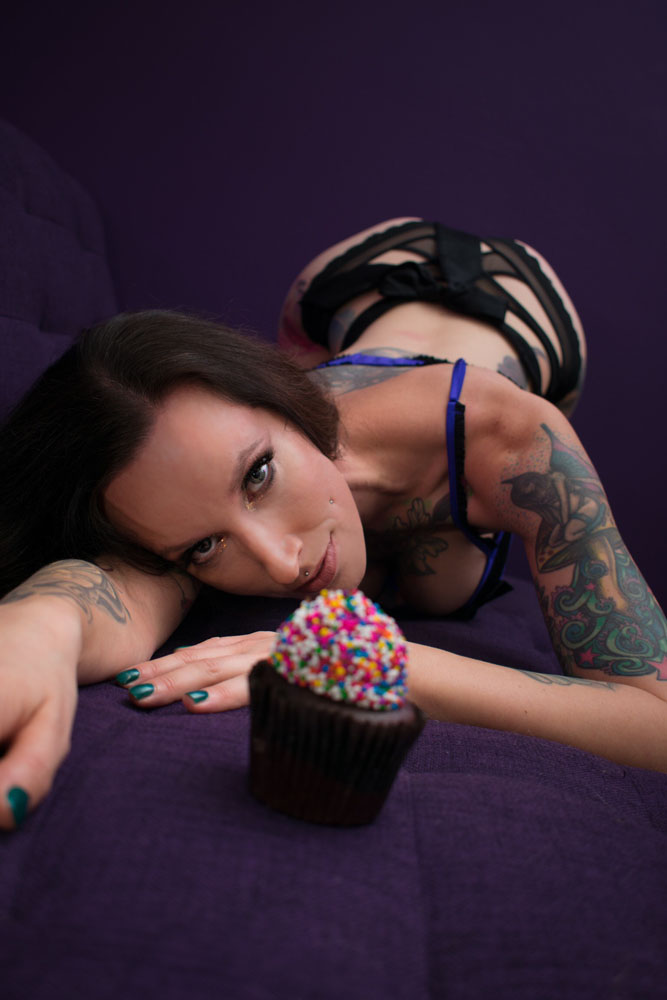 Thank you for taking the time to answer our questions Anna. One question before we end, how do you define “sexy”?

Uhhh! That’s a good question! It can be so many things… a smell can be sexy – if a man smells like soap or fresh laundry… or a voice can be sexy too – I had a huge crush on the German voice of Jean Reno!  A certain look or move can be sexy! In general I think confidence is sexy but in certain situations, vulnerability is sexy too…

You may also like...
Related Topics:Anna Banana, Model, Photographer, SimplySxy