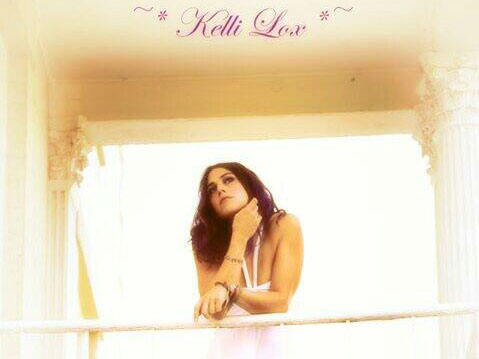 Kelli Lox is a transsexual stripper, actress, model, and musician living in San Francisco, California.  During her first year in the adult industry, Kelli has amassed more than 16 thousand followers on Twitter, was nominated for both AVN and XBIZ TS Performer of the Year, and has starred in several award-winning DVD’s including Rogue Adventures 38 and America’s Next Top Tranny 17.  She loves travelling, hanging out with friends, and drinking tea. You can find her website at kellilox.com (nsfw).

SimplySxy:  Has the internet made the adult industry more difficult and competitive?

Kelli Lox:  I have only been in the adult industry recently, so I’m not sure what it was like before the internet came along and made it so easy for people to share content for free. But based on what I hear from others, it made a huge impact.  Sometimes I hear some photographers lament the “old days, when they had budgets.”  So I guess it made lots of studios rethink the way they invested in production and distribution. Today, you can make cheap porn cheaply if you have quality equipment and editing skills, but it would be difficult to sell it on your own.  These big studios and their online affiliates are able to profit more than once from the same content using site membership strategies, conversion through various formats, and access to different or foreign markets.  They have invested in the ability to sell the same content multiple times.  An interesting side question is the reverse: “How has the adult industry shaped today’s internet?”

SimplySxy:  What are some of the challenges you faced when you started out in the industry?

Kelli:  When you’re just starting out, there’s a lot of pressure because it’s the only time you’ll ever be NEW.  For example, I wanted my own membership site, yet I was not willing to commit the time and energy required to make that work successfully.  I didn’t want to be constantly obligated to produce new content for members.  This has always been just a hobby for me, and I was worried that taking it seriously could be dangerous.  I realized that, at that time, I just wanted to be talent.  So I turned down the offer to get my own membership site. Instead, to this day, I have a blog that simply contains links for fans to join all of the sites I’m on.  If someone joins using one of my links, that site and I will then share that profit.  I also make money by starring in shoots and from dancing at Divas, the transsexual strip club here in San Francisco.  So it feels like I determined the entire course of my porn career with a few fast decisions in those first few months back when I was a fresh face.

SimplySxy:  Can you share with us one funny/awkward/embarrassing moment that have happened on set?

Kelli:  I guess the funniest thing for me was when I was f**king genetic girls for Kink’s TS Pussyhunters.  When I’d get on top, like missionary, and was pumping and pounding really hard, getting ready to come, I would start to sweat and drops of sweat would start to drip from my face.  The girls are used to avoiding come getting in their eyes – but avoiding falling drops of sweat is a different art. Hahaha they sting when they get in your eyes so these girls are still acting, making sexy faces and noises, etc, but very intently avoiding the sweat droplets.  I laugh about it just remembering it.

Kelli:  I have done solo scenes, scenes with guys, and scenes with girls.  I enjoy all of them.  I have found that the chemistry between cameraman, director, talent, etc is the most important thing.  It doesn’t really matter which type of shoot it is.  Sometimes things click and other times everything seems a bit forced.  My favourite scenes are the ones where there is an interesting twist or there are actual lines and acting involved.

SimplySxy:  Were you nervous before your first ever shoot?

SimplySxy:  Do you have a sex toy you can’t do without?

SimplySxy:  Is there anything you will do in bed but not on a film set?

Kelli:  I don’t like topping guys, and have told studios that I don’t do that.  This “one thing I won’t do” has caused me to lose some work, but that’s the game we are all playing in life, right?  Where do you draw the lines and when it is worth it vs not worth it to cross them?

SimplySxy:  What is your all time favourite sex position?

Kelli:  Doggy style, hands down.  I should say palms down so that you don’t think I’m using a figure of speech here.  Hahaha I like all positions and would like to try more.

SimplySxy:  Share with our readers and your fans something they do not know about you?

Buy my used panties with a customised video
Advertisement