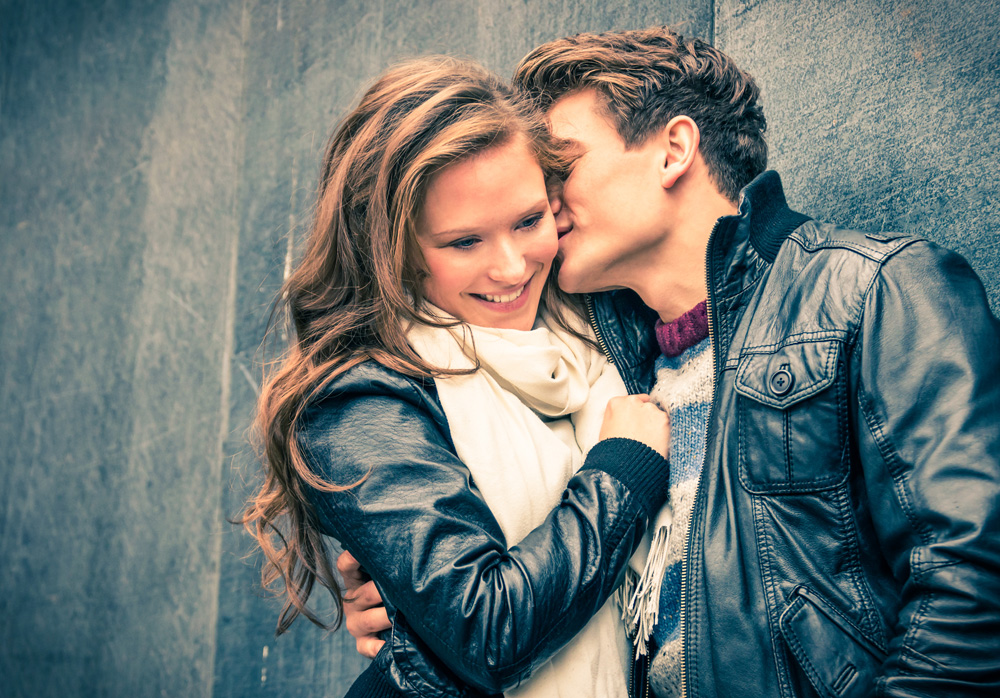 Here’s a question that showed up in my in box that I think will resonate with many of you:

I have been dating my boyfriend for six months. I like him a lot. He likes to touch my breasts a lot, including when we’re not having sex or during foreplay — just casually, because he enjoys it — he says he just really likes my breasts. Some of the time I’m OK with it, but a lot of the time it feels distracting, like he’s sexualizing neutral situations or invading my space. He even did it one time when I was upset about something and he’d been comforting me. I have told him it makes me feel kind of manhandled and objectified, and I called him out particularly sharply during that incident in which I was upset. He has seemed apologetic but hasn’t quite stopped with the casual breast-touching. I don’t know quite where and how to draw a line with him. I feel kind of ambivalent about it — on one hand, I guess I could just change my attitude about it and go with the flow, but on the other hand, it often annoys me. Am I just interpreting it the wrong way? Should I insist on a no-breast-touching-except-for-sex policy, or ask him to ask me each time he wants to do it, or perhaps declare a temporary moratorium? What would you think might make sense and actually work? I want to communicate clearly, have him understand what this is like for me, and maintain our closeness and trust while coming to some sort of middle ground that makes us both feel good. I’ve taken to attempting ersatz retaliation by squeezing his crotch or nipple occasionally in protest (lightly), which gets the message across but doesn’t make me feel too good about myself, and mostly just makes him laugh. He’s really a good guy and in general works to be a GGG partner for me, I just think he doesn’t get what this is like for me.

I think there are a few different ways you could approach this, depending on what feels most comfortable to you. The first thing, though, is that I don’t think you need to try to change your attitude about it and just “go with the flow.” Your discomfort is valid and you get to have whatever boundaries you want for how and when he touches you.

While it might seem like ersatz retaliation would work, I’m not surprised that it didn’t. Given that men don’t generally experience the same level of unwanted touch, sexual attention, or sexual intrusion that women face, he’s not likely to feel the same way when you do it. So that makes it not really effective for getting your point across.

One of the challenges in dealing with this kind of thing is that it’s easy to slip into the trap of trying to figure out why he does this as a way of strategizing how to respond. The difficulty is that doing that can actually make it harder for you to set your boundaries. While his motivations are a part of this puzzle, they don’t have to keep you from maintaining your bodily autonomy. They’re something for him to figure out so he can change his behaviors, and no matter what they are, you get to have your limits.

So here’s a framework for you to tell him what you need in a way that might be easier for him to hear:

1) Name the behavior. Start with something like, “When you touch my breasts during non-sexual interactions without asking…”  Focusing on the action frames the next part and keeps attention on what he’s doing, rather than why.

2) Describe what meaning you associate with it. Some possibilities might be:

The goal in this part is to talk about what his actions mean to you. We’ll get to how they feel in the next part, so try to keep this piece about what you think they mean.

3) Now, you’re ready to talk about how it makes you feel:

The reason this works is that when you explain what you think something means, it becomes much easier for him to understand how you feel. It’s also a lot less likely that he’ll get defensive about this, which will help him absorb what you’re saying. (This is based on the book Taking the War Out of Our Words, which I highly recommend.) Of course, you need to tailor this to your specific situation, but the general format is what happened, what it means to you, and how you feel about it. Put it all together, and you might say:

At this point, I’m guessing that he’ll have a response, and the two of you can talk about it. My hope is that he’ll apologize, and there are some important steps to that process, too. It’s essential that he really try to understand how you feel and commit to changing his behavior as part of that. So then, the question becomes: what changes do you want to ask for?

I think it’s totally fair for you to tell him that you want him to ask you about touching your breasts in non-sexual situations. If he has to stop and use his words, it’ll give him an opportunity to explore what he’s doing and why. It will also demonstrate to you that he values your autonomy and that he understands where your boundaries are. When it comes to things like this, I think that the way to find the middle ground is for him to learn how to invite sexual energy into the situation (here’s my favorite way to do that) rather than assuming it’s ok.

One thing- you might also want to consider how you’ll deal with his learning curves around this. Whatever it is that’s prompting him, he’s probably developed some habitual patterns, and those might take some time for him to successfully change. You could, for example, simply take his hand off of your breast. Or you could take his hand away and tell him, “This is that thing we talked about.” If he’s genuinely trying to modify what he does, that will likely be enough. If he gets pushy or insistent, or if he doesn’t seem to be trying to change, that’s another conversation you’ll need to have with him.

I hope that helps!

Are my new friends swingers?
Are we all just a bunch of dicks?
Advertisement