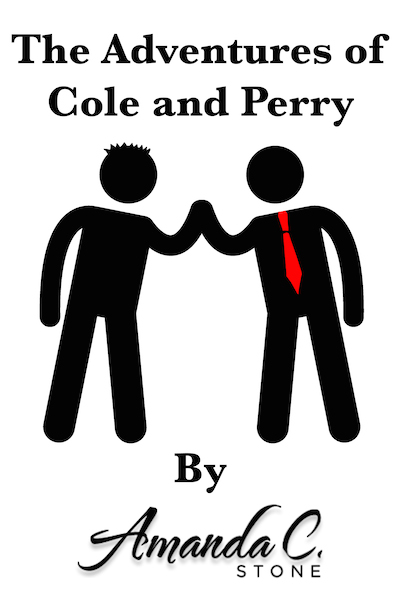 The ringing of the phone jarred Cole out of his silent contemplation of his apartment wall. Afraid of the outcome of the call, Cole had been dreading this moment all evening. If he didn’t answer then he wouldn’t get his hopes crushed. Again. Every time they made important plans, the arrangements got postponed or cancelled all together. This was the most important night for their relationship. If he didn’t hear the words he needed to hear then it was over.

A second ring brought Cole back to reality. On the small chance it was good news he would never know if he never picked up. One big breath in and he grabbed the phone to find out what came next.

“Yeah?” Cole’s voice was monotone, his lack of enthusiasm came out loud and clear. He wasn’t in the mood for pointless greetings or to dance around the subject. If only his boyfriend would get straight to the point.

“Hey, baby. I know you were excited to go out tonight for our anniversary but we’re going to have to reschedule. I’m stuck in a meeting and won’t be home until late.”

Cole let out his breath in a huge gust and slumped his shoulders. He didn’t have to wait for a response any longer. The future of his relationship would be very different than what he expected at the beginning of the night. Cole was thankful the last time he’d hear those words happened tonight. All of his feelings jumbled up inside of him. Part of Cole couldn’t help but be relieved to at least know. The nervous part of Cole took up the largest part of his emotions.

“I know, baby. I’m okay. I’ll see you later,” Cole interrupted. He didn’t want to hear his boyfriend’s excuses or justifications. Nothing his boyfriend said could change anything now. What happened next was already set in motion. He only wanted to get off the phone so he could get dressed.

Cole placed the phone back on the charging station without saying goodbye. He hung his head and closed his eyes. He loved his boyfriend so much. Two years together and it all came down to tonight. Cole hoped Perry knew what the phone call meant for their relationship. Now he just had to get ready to go out to the bar.

Continue The Adventures of Cole and Perry at:

Armed with her Batman notebook, fourth grade Amanda C. Stone was ready to start writing stories about unicorns, family members, and her imaginary friends Pink Amanda and Blue Amanda. Today, Amanda is armed with a new notebook, along with a laptop, and a never ending supply of caffeine. Her stories are about all kinds of things, but the most important aspect is people falling in love.