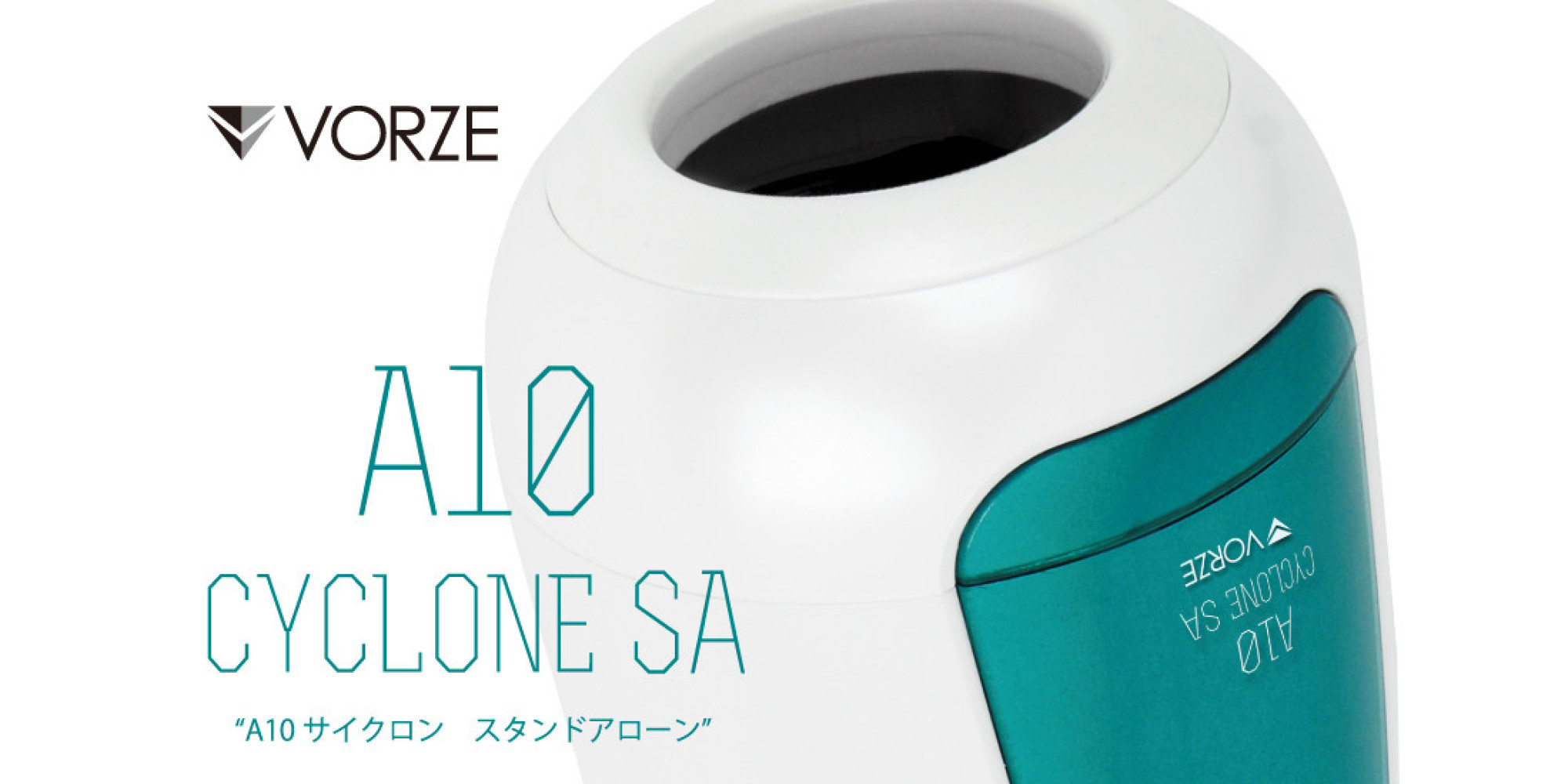 The A10 Cyclone SA by VORZE is a sexual home appliance. When I received it for the review, I did not know anything about it other than seeing pictures of it on the web. So I was surprised by how big the package was. I was expecting it to be about the same size as the flash jack that I have, however it was much longer and heavier. This made me wonder how you can masturbate with something that is of that size. It also came with a silicon plug which was packaged separately. I was pretty excited to unbox it as the pictures I have seen online showed the device to be slick and high tech. So you can say the excitement was from my virgin experience to having such a state of the art sexual tool. In short, I was geeking out.

When I unboxed the A10 Cyclone SA, I found that it came with the power adaptor with a type A plug head. This was a surprise to me as I was expecting a type G which is what my country uses—the main countries that use type A are USA, Canada and Japan. Based on this, my guess is that this is a Japanese type A10 Cyclone. I mean who else would create such a high tech sex toy? And I was right when I looked at the instruction manual; it was fully in Japanese. However, the A10 Cyclone was simple enough to use even without English instructions. This find made me even more excited because I know this A10 Cyclone will be of excellent quality. The other stuff that came with the A10 Cyclone were a DVD and a Bluetooth. Why would a sex toy need a DVD and a Bluetooth?

Putting my curiosity of the DVD and Bluetooth aside, I began to play around with the masturbator. The A10 Cyclone was indeed long and heavy; it is about fifty centimeter in length and about five hundred grams in weight. It has six buttons but no menu screen on the navigation panel. The six buttons are the power button, left and right buttons which I suspect are for changing the modes, up and down buttons which I suppose are to adjust the level intensity and lastly, a center button which I cannot figure out what it does. Before I could begin trying out the functions, I had to attach the silicon plug on. If you look at its base, there is an empty hole which is where the silicon plug should be attached. I was wondering how to remove the base to put the attachment. Strangely, the base had the illusion that it was being firmly screwed on but it wasn’t. This means that I could not twist it loose. Fighting my fear not to break it, I decided to pull the base off and surprisingly it came off easily. The base was attached with very strong magnets. Similarly, the holder for the silicon plug was also firmly attached to the motor by a strong magnet. I feel that the use of magnets was very ingenious as it really makes it easy a lot for the user to disassemble and assemble the A10 Cyclone, especially when you can want to clean up afterwards.

When it came for the time to lube up, I used the bottle of lubrication that came with the A10 Cyclone. The lube was a decent. However, I feel that you can use any type that you prefer as there was nothing special about the lubrication. I turned the masturbator on and boy, was I glad to see my assumptions about the navigation panel correct. I also found out that the center button was a pause button as well as a mode LED indicator. The A10 Cyclone had six different modes which are indicated by the different LED colours. They are aqua, pink, green, yellow, blue and red. These modes were patterns that were a combination of speeds and multiple-rotation. I personally enjoyed the red mode.

After I had pleasured myself, I felt that the A10 Cyclone might not be for you if you have a small penis as the silicon plug caters to those with medium to large penises. I wonder if VORZE sell silicon plugs that were tighter to cater to this market. With that being said, I still feel that the VORZE A10 Cyclone SA is a great product and a wonder gift for either a friend or for your personal pleasure.