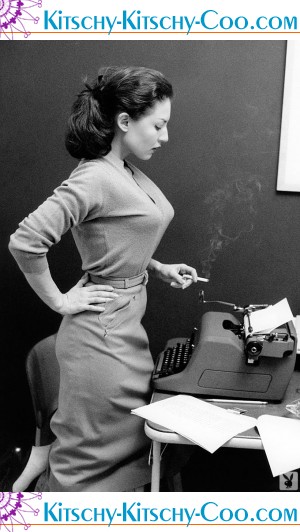 J.A. Wiśniewska kick started her foray into erotica eighteen months ago after discovering the site Booksiesilk and decided to try her hand at erotica. Armed with a background in journalism and publishing, she quickly saw success with her three published short stories on Booksiesilk which spurred her on to work on her debut novel, Exploration.

Recently released, Exploration is a short story compilation exploring the different aspects of sex and human sexuality. Ranging from plain vanilla to more risqué tales, Exploration leads the reader to encounter various characters ever ready to experiment with their sexuality. From a woman who finds her new masseur impossible to resist to a thief who, as punished for his crime, becomes the plaything of the sheriff’s wife, Exploration has been quick to receive a 5 star review on Amazon.

A European writer who credits Golden Angel and Megalanthropus as her favorite erotica writers, and Joanne Harris, Mark Haddon, Kate Mosse and JK Rowling as her favorite authors, she presently resides in Krakow Poland.

SimplySxy had the opportunity to sit down with J.A. to talk about the release of her new novel and her thoughts on sexuality and erotica.

SimplySxy: J.A., tell us more about Exploration and what was the driving force behind the ten short stories.

SimplySxy: How does the perspective of a fan differ from that of an author in your opinion?

J.A. Wiśniewska: I suppose authors can be more critical of others’ work. Thankfully I haven’t come across any negative comments when using Booksiesilk, and nor would I write any: just because I don’t like it doesn’t mean someone else won’t. Speaking from a personal perspective, I’m especially critical of a story when there is appalling spelling, grammar and punctuation: I’m a real stickler for it and it really dampens my enjoyment when someone just hasn’t bothered to proofread their stuff or, as it is in some cases, hasn’t bothered trying to write correctly in the first place. Perhaps a fan of the genre who just wants to read a sexy story to get in the mood to have sex with their partner wouldn’t mind something like this, but for me it’s a real sticking point.

SimplySxy: In your opinion, how has the onset of the digital media and easy access to pornography impacted erotica in the written form?

J.A. Wiśniewska: There has been both a positive impact and a negative impact, in my opinion. Living in a digital world as we do today means more people can access pornography and erotica: I, for example, would never have started reading erotica if it hadn’t been for the internet. And from conversations I’ve had, with men especially, I think that people are starting to wake up to the fact that erotica in the written form has far more scope for the imagination than visual pornography. I’m not saying pornography doesn’t have its place – it does – but in the written form we can explore things on a deeper level, a more emotional level, than we can with pornography. On the other hand, the large number of free erotica sites – where people can publish their work with great ease – has meant that there is now a plethora of work online, not all of it good. In fact, most of the stuff I read online is pretty bad. A lot of stories have no real storyline, just really badly-described sex. Of course it’s all subjective, and for a lot of people they write for fun and don’t care if other people like it, which is fine. But from my point of view it does make finding stuff I would like reading very difficult as I have to wade through stories I don’t like.

SimplySxy: We’re keen to see more works from you in times to come. Are you planning for a next novel?

J.A. Wiśniewska: I do plan to do a follow-up book for Exploration with ten more stories; I’ve already started a couple. But the main project I am working on at the moment is a retelling of the story of Janosik, who is basically the Polish version of Robin Hood. In legend, he committed an act of bravery in front of three witches. As a reward they bestowed upon him three powers which aided him in his activities to rob the rich to give to the poor. As an erotica writer I’m having a lot of fun playing around with that.

SimplySxy: Thank you J.A. for your time and for sharing your opinions so openly with us.

Image courtesy of J.A. Wiśniewska
Join SimplySxy’s forum discussions now on Society
Do not miss another article on SimplySxy!  Follow us on Facebook and Twitter for our latest updates!