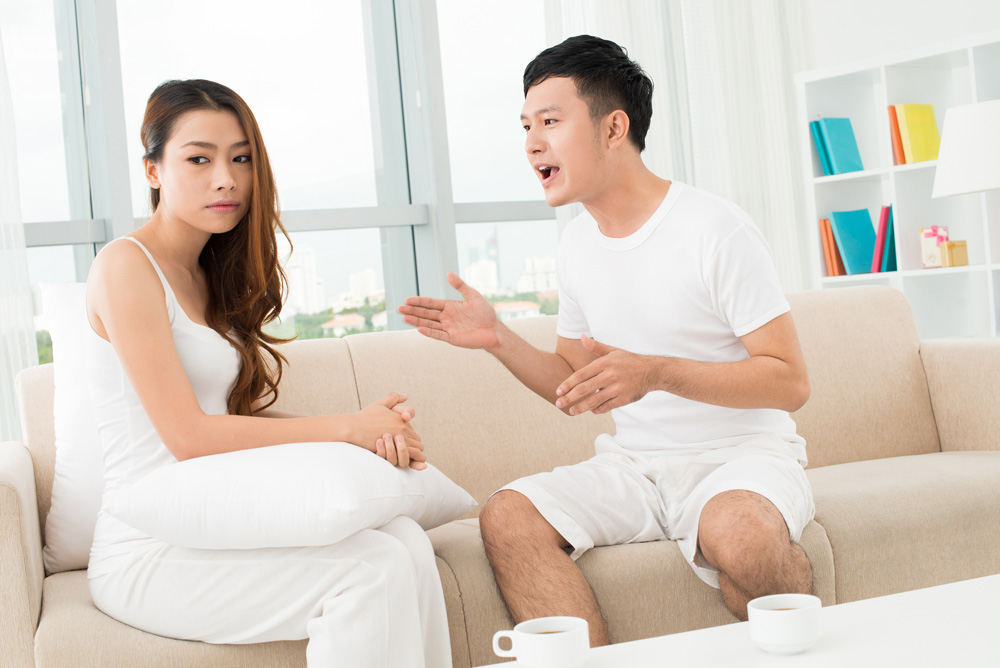 I have been asked numerous times about my relationship with the mon ami and while most are perhaps expecting an interracial; cross-cultural case study of some sort, the truth is that ethnicity plays a tiny role when it comes to sustaining a relationship. Over the past year, the mon ami and I have sorted out our differences though open, honest communication and managing our expectations of each other. Like any other typical boy living in his own pad, the boyfriend takes messiness to a whole new level and he has so very much perfected the art of self-sufficiency that even till today—a year later—he never fails to astound me with his antics.

I can vividly remember the day that he had invited me over to his place for a dinner with his flat mates and into his room for a cup of coffee thereafter. There was a certain sense of awkwardness, arising not from the prospect of any sexy time but rather, the state of his room. Grocery stores’ plastic bags were strewn all over and there was hardly an inch of space that could accommodate both the cup of coffee and I. He paused for a second before hurriedly picking up the debris around and shoving the unsightly bags under the bed. With a mug of coffee in his hands, he then proceeded to show me his beautifully framed family picture albeit coated in a thick layer of dust, tucked behind the curtains, and buried under a stack of papers and brochures. I remember him apologizing sheepishly about the clutter and grunting that he ought to clean it up soon.

Fast forward twelve months later, I now know to my dismal that it would probably take an apocalyptic disaster before he will (grudgingly) clean out his room. I have since taken matters into my own hands by clearing up the area instead and marking out specific non-feeding aka ‘you may not eat here’ spots instead of picking on him incessantly about his ‘den of a bear’ living conditions.

On any regular day, the mon ami would have at least two bottles of water and coke by his bed for hydration purposes, or so he claims. It seems that these serve a functional purpose too for I woke up from a nap one afternoon seeing him dropping grapes into a bottle of mineral water and swirling them around before proceeding to pop them into his mouth and munching them happily.

Me: What are you doing?
Him: Rinsing the raisins.
Me: Huh?
Him: Like this. -proceeds to dunk more grapes into the bottle and performs the tornado shake-
Me: -widens eyes in shock-
Him: Now … see. They are clean for consumption.
Him: Shall I offer you some?
Me: No. Thank you very much.

Totally unhygienic and insufferable but kinda adorable at the same time and I wouldn’t want to change him in any way.

In addition, I have also learnt first-hand that the rumor about Frenchmen being clingy, persistent, and vocal is very likely (and thankfully) an urban legend. Even though the mon ami surely does not lack in the affection department, I was slightly bewildered and worried about the lack of endearment and his penchant for ‘disappearing during working hours’. A normal day would usually go by without any form of contact until the end of the day. While I was initially wary and attributed this to a major sign of dodginess, it wasn’t before long I realized that this was how I used to be in my previous relationship for I would go on for hours at work without replying to meaningless “How are you?” and “What are you having for lunch?” messages. Moreover, he would address me by “Hey!” instead of the conventional “hun/dear” and his whimsical terms of endearments range from “my little whale”—after a heavy meal—to “my Singaporean spring roll” as he wrapped me up with white bed sheets and rolled me around gleefully.

In his defense, he has learned to bear with my quirkiness and inadequacies too. He is now fully aware that apart from being extremely prone to spacing out, I am born with a chronic bitch face as opposed to looking pissed most of the time, that he is better off bringing an elephant to the dance floor as I am most certain to stumble and fall, and that I would very much prefer washing my grapes under the running tap instead.

Getaway Sex
Are YOU Getting It?
Advertisement