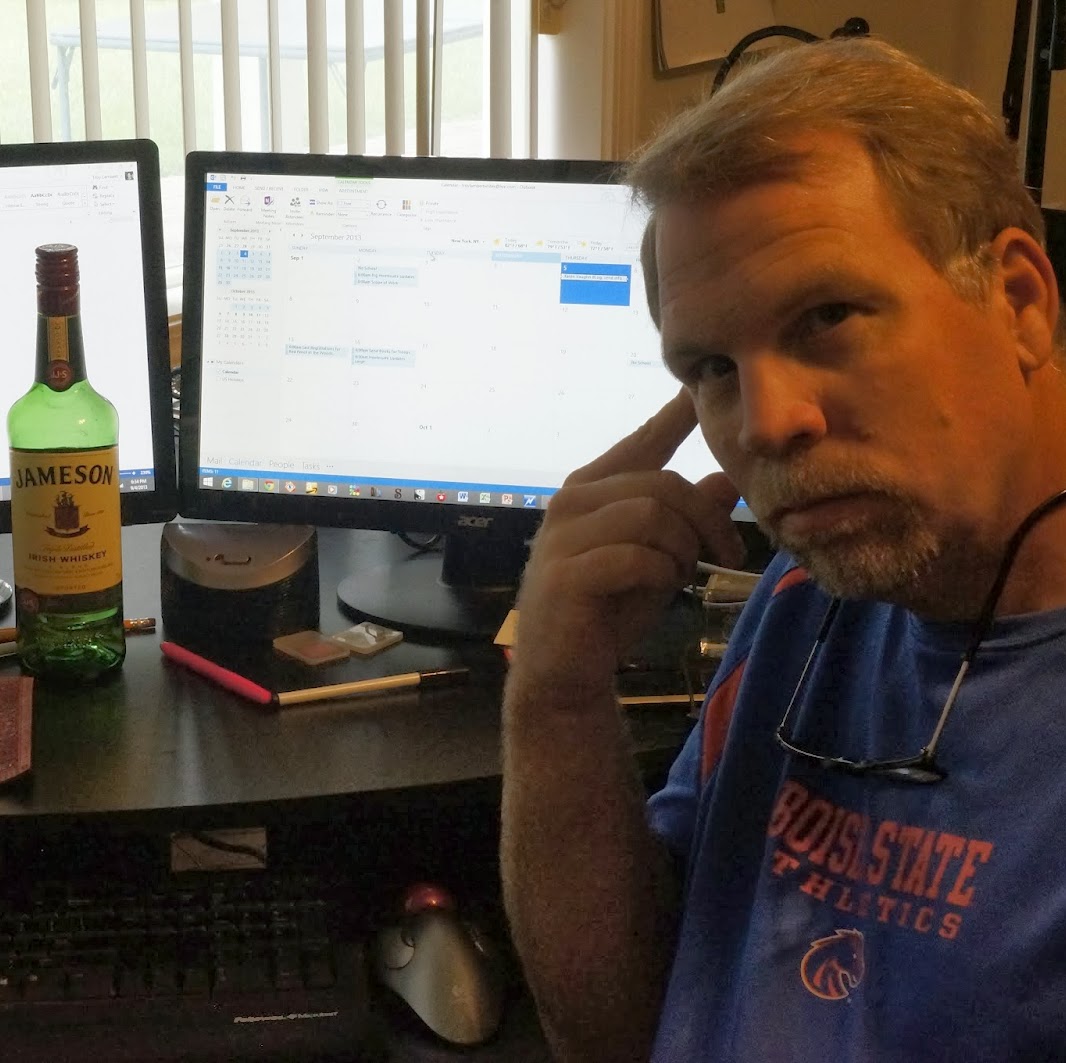 A sexual tryst at the Seven Bells Motel

Detective Derek Marshek’s sex life with his wife Cheri is amazing and they take it up a notch by including role plays into their sexual trysts at the Seven Bells Motel.  One day, Derek’s world gets turned upside down.  A dead body is found outside their motel and his gun is missing.  But is there more to this crime scene than meets the eye? An erotica with a mixture of romance and suspense, One Night in Boise takes the reader through a roller coaster ride keeping them on the edge of their seats through its twists and turns.

SimplySxy takes the opportunity to speak to the author, Troy Lambert on his insipiration behind One Night in Boise and the advice he can give to aspiring erotica writers who wish to try their hand in writing.

SimplySxy: What was the inspiration behind One Night in Boise?

Troy: The inspiration for One Night in Boise was a challenge: I write thrillers, had written sex    scenes in them, but this took at least the sex to another level. As sex is certainly thrilling and can be suspenseful, it seemed right up my alley. The story idea came to me early one morning, with the simple first line of the book, “It’s a dangerous game we play.”

SimplySxy: One Night in Boise is book one of the City Nights Series. How does the series link up?

I’m also the managing editor of the series, and the next book is One Night in Paris by Lucy Felthouse, followed by One Night in Rome by C. Margery Kempe and One Night in New Orleans by Kristi Ahlers. There will be one novella released a month, until we run out of authors and cities.

SimplySxy: How do you differentiate between erotica and romance?

Erotica is more about hot sex. Sex not only must be an integral part of the story, but it often is the story.

SimplySxy: Are there any advice to new authors?

I get asked this one often, and my stock answer is this: if you can do something else, do it. Being a writer, making a living at it, is hard, and you really don’t get paid all that well for all the hours you put in.

But if like me, you find you really aren’t good for much else, and “normal” jobs seem to never work out because you simply have to write and you can’t help yourself, then stop worrying about how to “make a living” as a writer.

Do things with two criteria: Write things you enjoy writing that also pay at least something. Then learn to live on what you can make pursuing your passion. You might be poor for a while or even a long time, but you will be doing what you love and that is worth more than any mansion or fancy car.

It’s a dangerous game we play.

We like to play year round, but the snow, the cold has us turning to other games to pass the time in the winter. Tonight, though it is not yet spring, it is warm for early April, and we are both ready.

The yellow streetlights emit tight yellow pools of light that she avoids carefully. I circle the block, seeing if I can spot her in the shadows. When she spies the old Caprice, she steps to the curb.

She wears red leather. My favorite. A tight mini skirt, thigh high boots, and a laced corset envelop her curves. Her scarlet lipstick matches a bow wrapped in her brunette hair, completing the look.

She’s not as young as she used to be, but then neither am I. When I look at her though, I still see the girl I married over 20 years ago. Other guys try to pick her up whenever we play, and once she even had to explain the game to a passing undercover officer, one of my colleagues. It cost me a $150 bottle of scotch to sweep that one under the rug, but it was worth it.

I pull alongside and roll down the passenger window. “Hey there.”

“Looking for a date?” She blows little bubbles with the gum she chews, popping them with her teeth. Oh, God those teeth, those lips, that mouth.

Opening the door, she drops into the passenger seat. The skirt rides up, and her lace panties peek out at me. She tugs the skirt down seductively, but not before I spot the wetness at her crotch. I can hardly sit still and wonder how my erection is not interfering with the steering wheel. Jesus, she turns me on.

She puts her gloved hands on my arm, and the hairs there stand to attention. “You have someplace we can go?”

“Sure do,” I say. She shuts the door, and I drive to the Seven Bells Motel at the end of the block.

You may also like...
Related Topics:Book review, Erotica, Interview