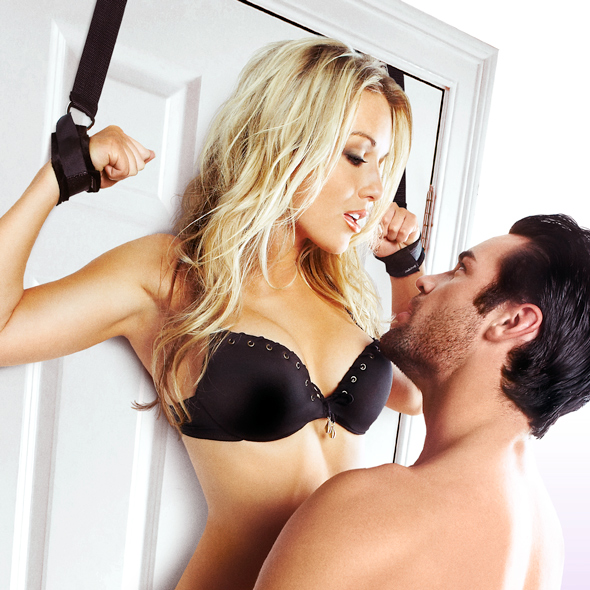 I’d been looking for a job for about two months, and things were pretty tough.  When a Headhunter called me for an interview, I began to think that there was finally some light at the end of the tunnel.

I arrived for the interview in my best suit and ready to impress.  I was on time, but had to wait about 45 minutes.  When the Headhunter – “Therese” — finally called me  into her office, I was greeted with the coldest bitch-face I had seen in years, and not even a smile or a look in the eye. “Sit down,” she said.

The first thing Therese told me was that she had already filled the position, and that she had allowed me to come in for the interview to “do me a favour”.  She then asked me a few questions about my CV before telling me she was “super-busy” and that I had to go.  I walked out of the office, fuming.

A few days later it was Friday, and a friend of mine, Steve, pushed me to go out to the bars to get my mind off things.  We went to the usual place and then decided to try somewhere new.  We walked in, and almost immediately I saw Ms Headhunter hanging out with a few friends, holding a martini glass and pretending to laugh. “F*ck,” I said to myself.  She was the last person I wanted to see.

It was a fun place and everyone seemed to be getting drunk.  After about an hour I was getting the next round at the bar when, sure enough, I saw Therese next to me.  Obviously she knew I had noticed her, but I completely ignored her.  It was taking a while to get our drinks, and she finally said, “You interviewed with me on Wednesday.”

I think she expected me to kiss her ass, and she was a bit shocked.  My drinks came and I went away. I  noticed, however, that although she may have been a cold bitch, she was actually a pretty hot one too.  Her tight work outfit showed a nice feminine figure, with her tits looking perky in her pink blouse.  I could also see the outline of a thong through her skirt, sliding between two peachy ass cheeks, which turned me on.

I was a bit surprised when, about half an hour later, she came over to me and started acting like we were “friends” and asking me about how my week was.  I didn’t like her very much, but her personality seemed to do a 180.  At first, she came over to me about every half hour under the impression of getting a drink, but then it was every fifteen minutes, and then she just sort of stayed next to me.  I couldn’t tell if she was trying to apologize, was horny, or drunk, but I didn’t care.  It was a loud bar, and she was talking in my ear and rubbing her lips against my skin every time she spoke.

By closing time, we were kissing in the corner, and her friends had already left.  Steve gave me a thumbs-up sign and took off.  Without asking her, I just took her outside and got a taxi, and we both went back to mine.

Therese had been rubbing my cock for the whole taxi ride, so when we got back to my place we started right away.  I pushed her up against the wall and pulled her hair back as I kissed her neck.  She spun around and grinded her ass against my cock, lifting her skirt so she could feel my hard bulge up against her skin.  I teased her a bit and then spun her back and lifted her up.  She wrapped her legs around me and I could already feel her wet pussy.  There was no way we were going to make it to the bedroom, so I put her on the couch and we got the rest of our clothes off.  Her tits were perfect, just slightly bigger than my hands, and her whole body was clean and hard, with a waxed pussy to top things off.

I could tell that she was the type who wanted to be f*cked from behind, so I set her up and without warning thrusted my cock into that dripping pussy.  She turned her head back, and her long hair hung halfway down her back – just right for me to pull.  “Yeah,” she said, getting more and more into it, “Slap that ass”.  I slapped it and continued f*cking her hard and fast.  I didn’t want to show any mercy with this girl, and she didn’t want it either, as she moaned and shouted, “Make me your bitch, make me your f*cking bitch!”  My cock rammed into that tight, juicy pussy again and again.

When we woke up the next morning, she put her hand immediately on my cock and said, “So do you forgive me for being such a bitch?”

“First things first,” she said, as she stroked me and tossed her hair back.  I guess I’d passed my second interview!

You may also like...
Related Topics:Erotica, Fan Submission, Headhunter, Sex