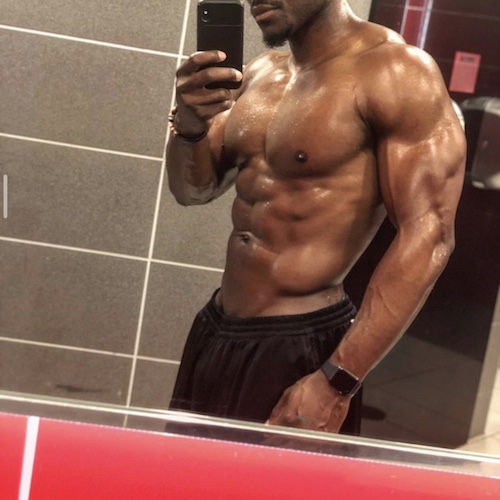 What comes to mind when you think about the term “Interracial Sex”? By textbook, it means sex between people of different races but while I might be wrong, I think a lot of you would agree with me that when we think of interracial sex, we generally think about sex between a black man and a white woman or a black man and a white man, whatever you’re into. Now why is that? Why does that thought come to our head so instantaneously, so easily? Are we programmed to think that way or has media and the internet programmed US to think that way? So in a way, we programmed ourselves.

My name is Damian Anya, a 28 year old mixed Nigerian-English living in London and throughout my childhood I grew up believing sex and/or marriage should be between people of the same race (All thanks to my strict African household and my strict VERY stereotypical African grandparents enforcing that custom upon us). My fellow African brothers and sisters will know exactly what I am talking about. But all that changed when I started high school. I lost my virginity at 14 to a white girl who was a senior at my school and I had just started school as a freshman. That in itself is a story. But that’s when I fell in love with the concept and ART of interracial sex. While that doesn’t mean I don’t have sex with women from my own race, it just means that sex between a black man and a white woman just seems so natural and fluid (for lack of a better word).

I’ve been bigger than my peers my whole life, in height, shape and maybe even dick size who knows? (Not like I went and checked my mates dicks to confirm this innit). I am currently 6”4 95 kgs (210 lbs for y’all Americans) and not to brag but built like I live at the gym. I mean I kind of do given that I am a personal trainer. This has been a huge plus for me in terms of sexual relationships or relationships in general especially with white girls. It feels like they’re drawn towards you even harder like a magnet when you’re my shape and size. And thankfully I am blessed in other areas too so that’s also a plus. Although, the looks I get at the gym are sometimes a little too bold, you’re not gonna see me complaining. But hey, sometimes your boy just wanna be able to wear comfortable gray sweats to the gym without y’all staring like you saw an alien you feel me?

So all that combined, I’ve always thought that I was built for white girls and they’re built for me. Because with black girls, they’re more or less used to this because on average, black men are generally built bigger than white men (hey, its just statistics) and black girls are used to THAT. But with white girls, it’s different. They are not used to your size and/or your style and I might be wrong here but they do anticipate it which makes the sex even better cause you know damn well when you slide her panties to the side she already gonna be dripping from all that imagination. The mind is a powerful thing isn’t it. 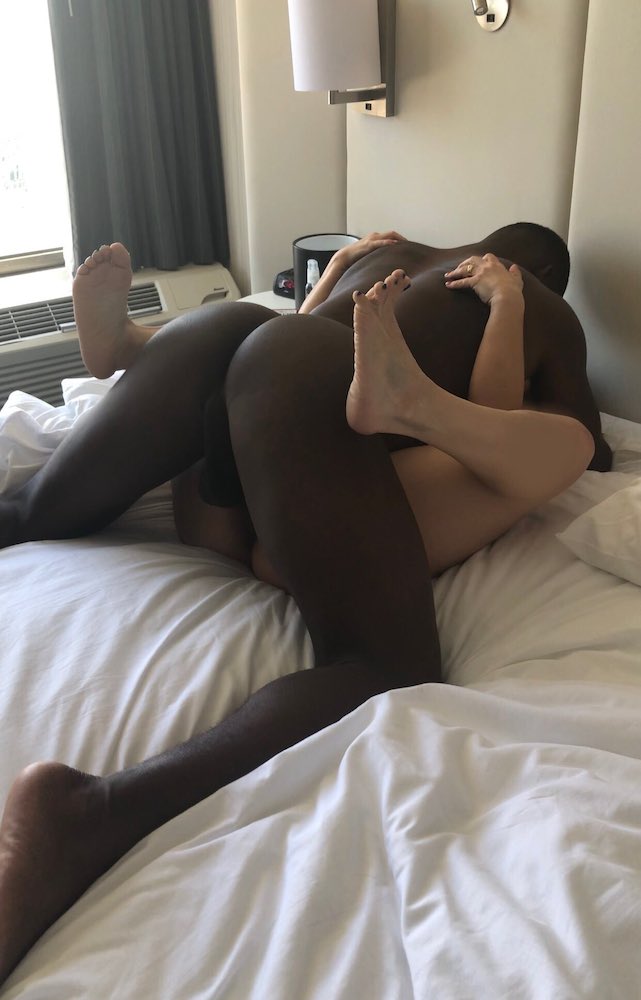 The Perceptions Of Interracial Sex

I think the perceptions about interracial sex is mixed, to say the least. Because on one hand you have people who LOVE interracial sex and on the other you have people who literally barf at the thought of it, as it is with many other things. Because generally, emphasis on the word GENERALLY, sex is confined within people of the same sex. And some people can’t even fathom the thought of something different. I have known girls who got shunned from their family just because they had sex with someone from a different race, girls who lost friends and got humiliated because of it. I believe this is especially prevalent in the black and white community and there are so many reasons why. And men and women are thus scared to explore outside their own race thinking about the potential backlash but the most important reason might be because I think these two races have always been thought of as opposites. But hey, opposites attract, so suck it racist dads.

Now on the other hand, you have people who LIVE for interracial sex and can’t think of anything else. I think the disapproval of it contributes to this because as humans we are generally draw to forbidden things. (Hello, Adam and the apple?) I know white girls who only fuck black guys and vice versa and nothing else gets them going. Some like it because they see it as being progressive in society and some like it because they can’t have it (I am looking at you straight demasculinized white boys). So the views towards interracial sex is very mixed.

Now the appeal behind it, the most mentionable one would be the contrast. Many people find the contrast of black skin on white skin sexy and love the idea of a black dick pounding a white girl’s pink pussy.

It’s aesthetics but also science. And then there’s the analogy that black men are being the most masculine men and white girls are the most feminine women and thus, sex between them is natural and fluid. And science backs it up.There have been numerous studies conducted and results showed that on average, black men had more strength and stamina in and out of bed and they were also the most fertile. And females (straight ones) resort to the most alpha men in the society and thus, that analogy kind of makes sense. Other than that, modern media and porn definitely contributes to the appeal of interracial sex. 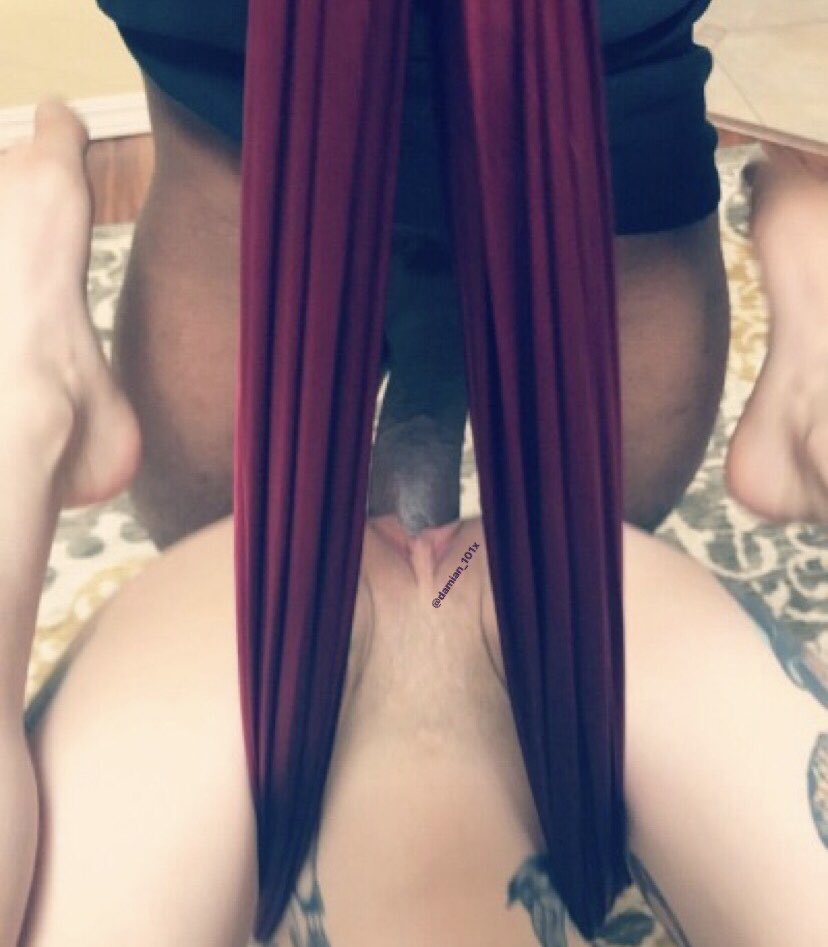 I can’t tell you how many times I have been with a girl, especially white girls who have told me how much they’re into BBC (Big Black Cock) and how they cannot get turned on by anything else and how being with a black man is better than a white man etc etc. And while all this is VERY VERY good news for a well endowed blessed black man such as myself, it is simply not the case for many of my brothers. People forget that the average dick size is well, average and it applies to all races. Not all black guys are well endowed and not all black guys fuck like pornstars and this is putting a huge mental and even physical pressure on my fellow brothers to be something they are not.

Because, now when a girl goes to have sex with a black man, in the back of her mind she’s thinking, “Oh he’s black so he is going to be huge and fuck me good” but that simply isn’t the case with all the black men out there. And while it is a big number, not all black men are born with BBC and not all of them fuck like Blacked or BlackedRaw stars in bed. Another taboo worth mentioned is cuckolding, being a hotwife, whatever you call it. I don’t understand why but some men, especially white dudes LOVE to watch their pretty girlfriends and wives get drilled by hung black men like yours truly and frankly, while it can seem somewhat controversial for many, I am all for it. I am a pussy addict so the more the merrier, you won’t see me complaining.

But what I don’t support is the fetishizing and objectification of black men. Black men are seen as a sex symbol so much right now that many girls refer to them as sexual toys and objects and I know many white girls who even go to the point where they start using the N word to refer to you just because it’s their fetish. That is modern racism at it’s finest and that sort of mentality needs to stop. There is also this thing called “Black breeding”. It’s the fetish of being impregnated by a black man just to bear a black child as a statement and that in my opinion is on a whole another level of fucked up. I mean if you want a mixed baby it’s all good and perfectly normal, they’re cute as fuck but to get creampied by black men as a statement is weird to many, to say the least.

Also, the phrase “Once you go black you never go back” is widely misinterpreted. It’s not always that the girl doesn’t want to explore other races, it’s that men of those other races won’t accept them back just because they’ve been with a black man. And many girls to this day are scared about being with a black guy just because of that social disapproval and stigma. 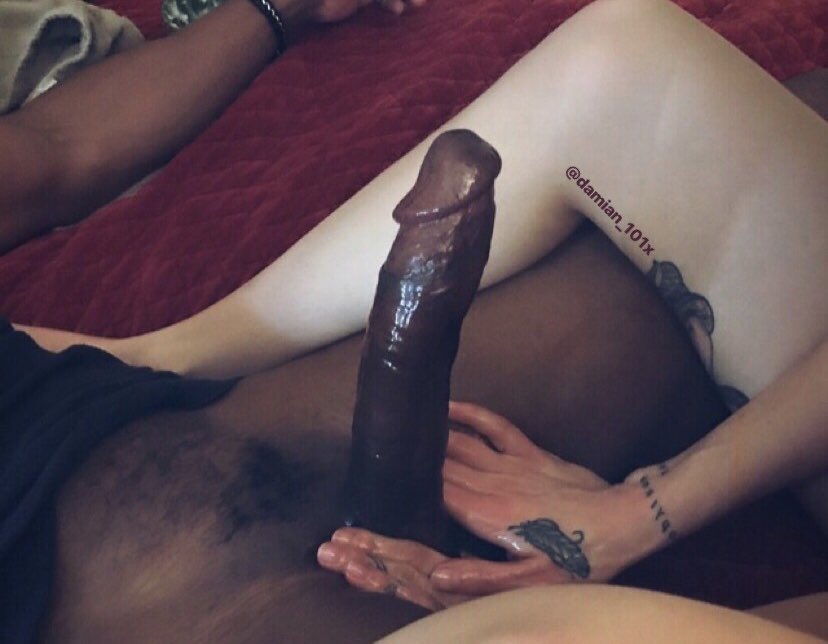 The proof is the latest TikTok trend where white girls go on about how much they love black guys (fetishizing). These are literally teenage white girls already into black men (No wonder white dudes are so racist towards us LOL) There are whole Twitter and Instagram pages dedicated to showcasing pretty white girls with black men (notoriously run by white boys??) which just goes to show the support and fetish behind it. I believe Niykee Heaton even said in one of her infamous tweet that she can’t even think of sex with a white guy. 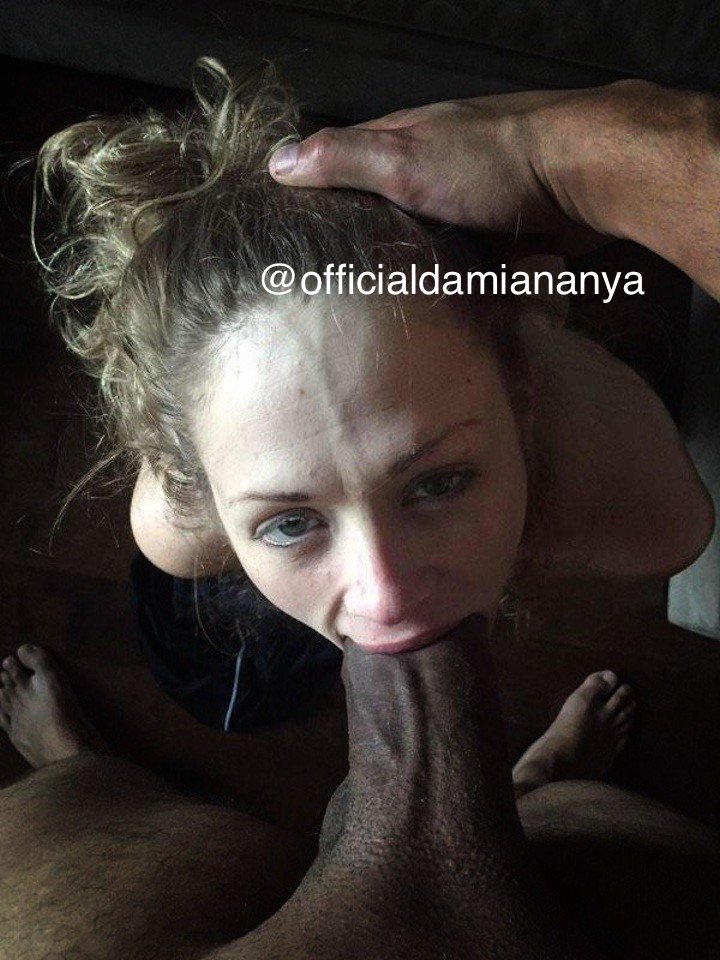 And I love to tease as well so that contributes to my VERY positive results. And I think a lot of my brothers think the same way too. We fuck with passion and with intent. If you’re wondering what the fuck I am talking about, go watch an interracial scene and a regular vanilla scene and compare the moans, passion and rhythm. That, paired with an above average dick has definitely made us black men into sex symbols. So much so that I have had girls I fuck BEG me to cum inside them and give them my kids just because they want this experience for the rest of their life.

But while I can be proud myself of having a dick in the double figures, not all of my brothers can say the same. And thus, while I absolutely support interracial sex, I absolutely do not support the fetishization of black men and think some light needs to be shed on that.

Support the #BLM movement by donating or signing petitions. Open for any personal training requests around London area. Email officialdamiananya@gmail.com for any business inquiries.