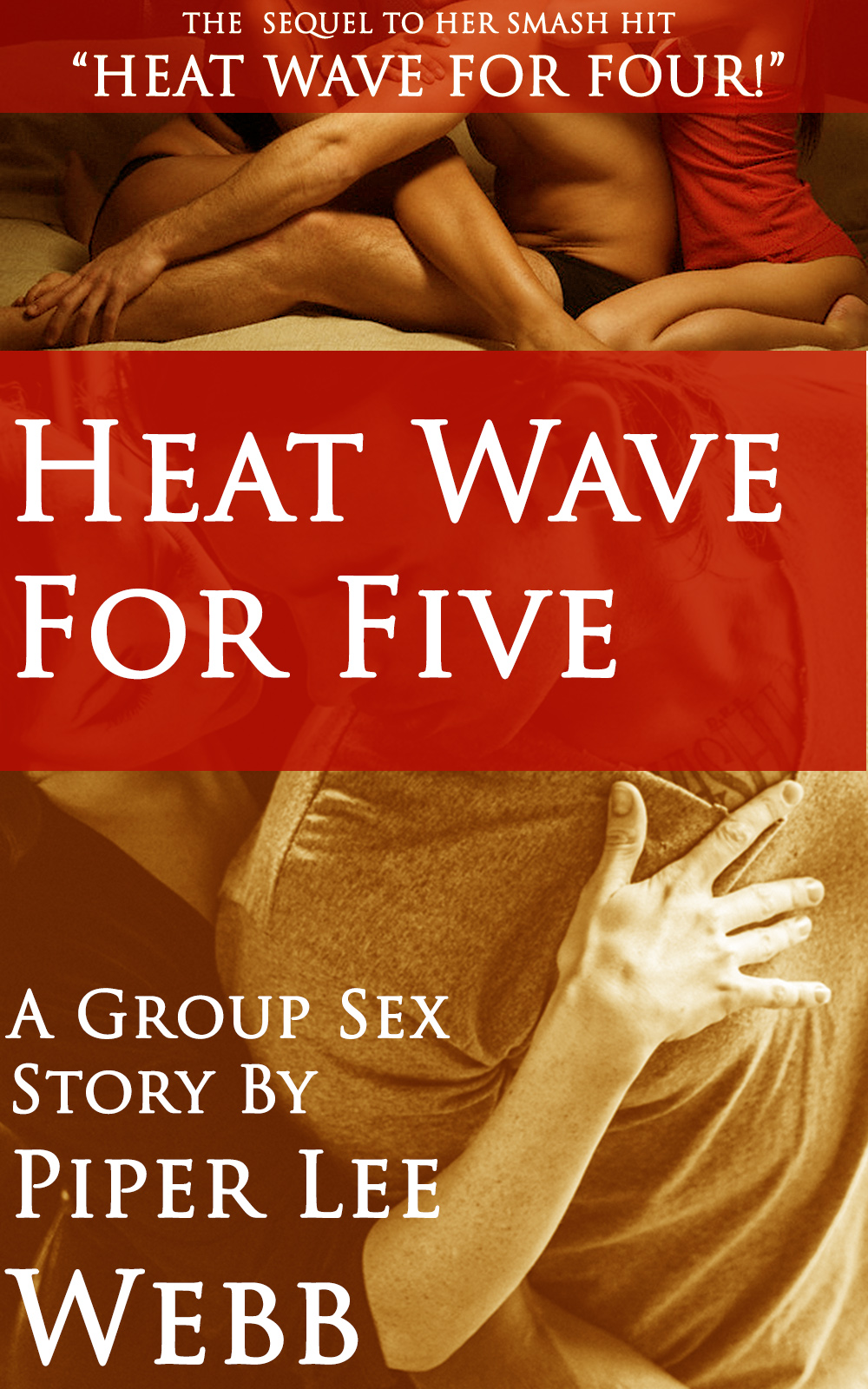 Karen and Mike had their first group sex experience last week, and when three of their friends come over for a dinner party, Karen quickly realizes she wants it all to happen again tonight. So she devises a plan, and pretty soon she’s twerking tongues with Cassandra. When everyone else doesn’t immediately join in, Karen decides it’s time for a game.

I could tell she was thinking about it.

The two of us—Cassandra and I—made our way into the living room while everyone else put their dishes away and refilled their wine glasses. She sat down right next to me on our couch.

She lowered her voice. “So, um, not to be weird, but is the offer, like, actually on the table?”

I didn’t respond. It was from me. I just didn’t want to speak for everyone else.

Was it possible she really wanted to? It sure sounded like it.

I didn’t think. I just acted.

I kissed her on the lips. Hers were soft and sweet. I could taste the wine on her lips.

At first they didn’t open. They pursed and retreated, though not quite enough to lose contact. But I could feel her start to think. There was a moment where she stopped completely and asked herself if she really wanted to do this.

And then she gave in.

When her tongue enmeshed with mine, they danced intensely. I mean, they were twerking. Our tongues twerked inside each other’s mouths. I could feel the strength of her desire, the heat of her longing. It was like she was being unleashed.

“Ho-lee shit.” The voice behind us finally brought us to a stop.

It was Mike. He turned over his left shoulder.

“Hey Dani! Kyle! Cassandra and my girlfriend were just making out.”

“What? No way!” Both of them spoke at once. I heard a clatter of feet, and then two excited faces appeared next to Mike’s.

But before I could finish my sentence, Cassandra’s lips covered mine.

I could hear the crowd behind us cheer as our tongues once again interlocked. Now our hands joined the frenzy. She explored the flat of my back, my shoulder blades, and my rib cage. Then her hands found the curves of my ass. They squeezed my cheeks, and my muscles clenched in response. I heard her release a moan.

Okay, time for me to get involved.

I wanted to feel her breasts underneath my hands. I snaked my hands under her shirt and moved them up her ribs and stomach until I felt the bottom underwire of her bra. My fingers slid underneath her bra and clawed their way toward her nipples.

She moved her mouth to my neck as I did this, sucking and biting at my neck. I could hear Mike muttering “holy shit…” behind me as he noticed my hands groping her relentlessly.

Her mouth took a break from my skin. “Like what you see, guys?” Cassandra said.

“I think they do,” I whispered in her ear. She quieted me with her lips, and we resumed our aggressive make out session.

I knew where this was going. I reached for the bottom of her shirt, grasped the stitching, and began to pull the shirt up and over her head.

“Did everyone like where that was headed?” asked Cassandra.

I swiveled my head back to our audience. They nodded dumbly, giggling.

“Then let’s have some fun with this,” Cassandra said, pulling her shirt back down. “Let’s play a game.

“Who wants to fill up my wine glass?”

Want to read the rest of Heat Wave for Five?  Purchase it on Amazon at:

Image courtesy of Piper Lee Webb
Have a book you like to feature and promote?  Drop us an email at editorial@SimplySxy.com to get in touch!

I write very exploratory erotic short fiction--I try to push the boundaries of established kinks. My heroines are generally girls who enjoy doing things for the first time. Even if they know their own sexuality, they're always looking to push it farther, to do the crazier thing. I started out writing pure sex with little buildup. I liked shafts in holes, mouths on shafts, and holes on mouths. But as I've grown more experienced, I've realized that the parts that really turn me on occur in the buildup. That's where my ladies start to get wet and my men start to get hard. That's where my taboos are broken and the depraved sluts inside come out to play. Thank you so much for supporting independent authors. I want to thank my readers from the bottom of my heart for making this dream--this hot, sticky dream of mine--possible.