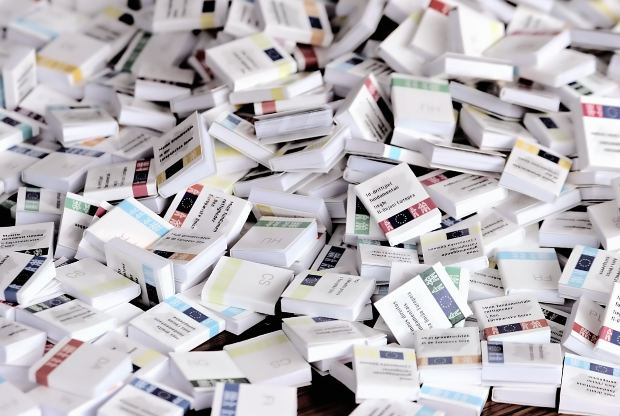 Sex is conversational topic that everyone is more than interested to have their two cents worth.  More often that not, there is always an element of exaggeration that causes us to ponder if what was said was fact or fiction.  We scoured the net and shortlisted crazy sex facts that will blow your mind.  Read on and enjoy!

Fact 1 – Sperm is considered an anti-aging treatment as it contains proteins that have the same anti-wrinkle effect as your moisturizer, which tighten skin and give an instant face-lift.  Ditch your SK-II now ladies!

Fact 3 – Smoking has the ability to shorten a men’s penis by as much as 1cm.  Now that is another reason to start quitting.

Fact 4 – A single human male produces enough sperm in two weeks to impregnate every fertile woman on the planet.

Fact 5 – For five minutes per day,  try tensing and relaxing your PC muscles (the ones that hold in pee). It might give you better orgasms.

Fact 7 – Couples who don’t have a TV in their bedroom have 50 percent more sex.

Fact 8 – Over in Thailand, on the King’s birthday, males are offered free vasectomies. More than 1,000 are often performed in his honour.

Fact 9 – Men have an average of 11 erections per day.  That isn’t a lot considering men have sex on their minds all the time.

Fact 10 – There are roughly 200 million acts of sexual intercourse each day.  Are you one of the lucky 200 million?

Fact 11 – Every second, 7 Viagra tablets are sold around the world.

Fact 12 – You improve your immune system by 30% when you have sex once a week.

Fact 13 – Between 10 million and 1 billion bacteria are exchanged when two people kiss.

Fact 14 – Consuming ginger stimulates the feelings of excitement associated with sex.  It increases your heart rate, gets your blood pumping and makes you excited for the night ahead.

Fact 15 – Men who are deprived of sleep are more likely to believe that women want to have sex with them.

Fact 16 – The left testicle usually hangs lower than the right for right-handed men. The opposite is true for lefties.

Fact 17 – There is an average of 7 calories in each teaspoon of semen.

Fact 18 – A female ferret will die if she doesn’t have sex for a year.

Fact 21 – Sexsomnia: Having sex while in your sleep.

Fact 25 – Over the course of his lifetime, a male will ejaculate approximately 1.5 liters of semen.  That is nothing compared to the blue whale which can ejaculate 750 liters in one go!

Fact 26 – Mechaphiles: People who like having sex with their cars or other machines.

Fact 29 – A research found that couples who do more housework had more sex.

Fact 30 – Women’s breasts increases in size by up to 25% when she is sexually aroused.

Murphy’s Law on Sex. Are you feeling lucky?
40 Mistakes Men Make While Having Sex With Women – Part 2
Advertisement