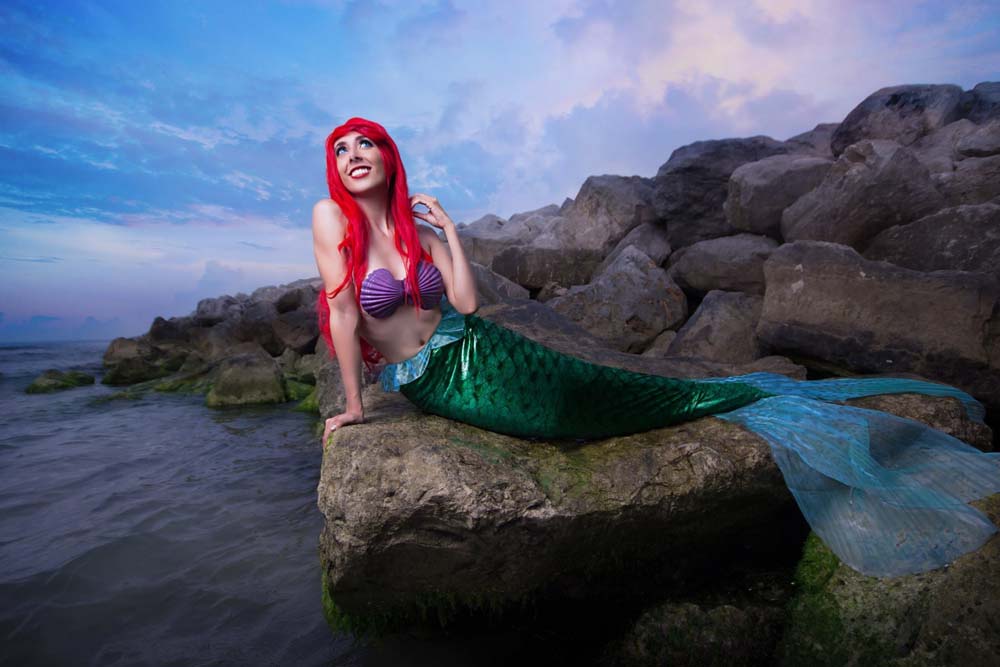 Hello! Au contraire, it’s my pleasure to be here! I’m from Mexico in a small small town in a state called Tamaulipas. 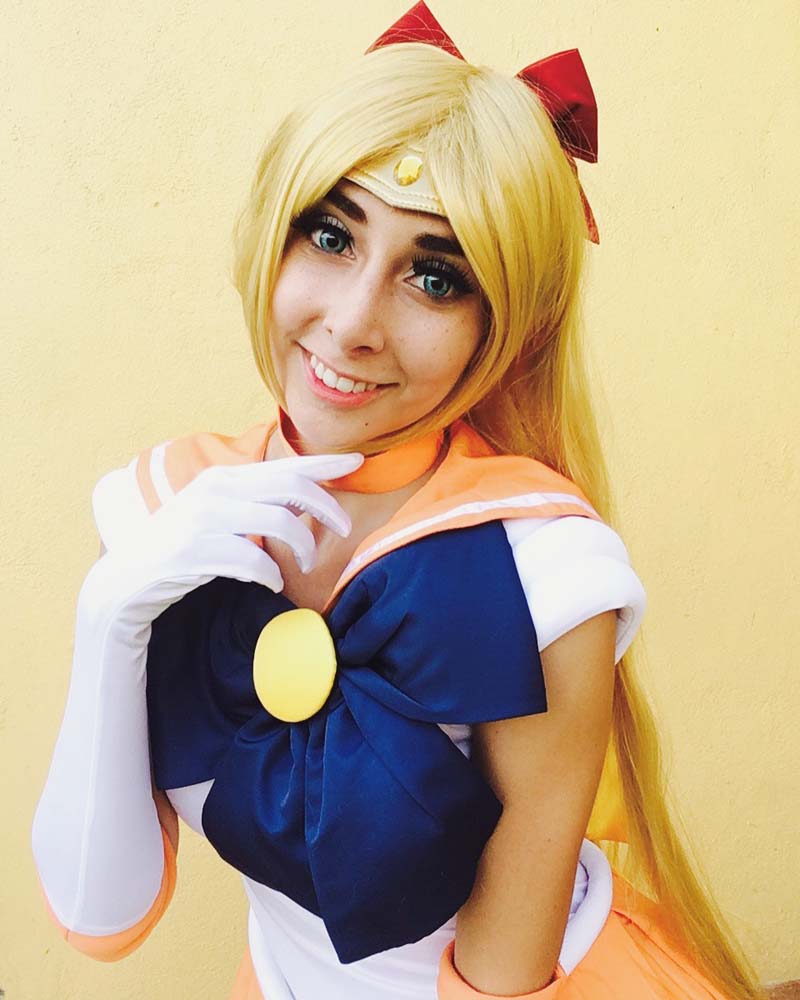 Where did you get the inspiration to try cosplaying?

Well I started watching anime when I was in middle school because my group of friends started talking about Death Note and I didn’t really understand and felt off of the conversation since I didn’t know about the subject, so I watched the anime, of course loved it and after that I started to attend cons and watched people going in costumes but then learned about the term “cosplaying” and felt really attracted to the idea of representing a certain character. 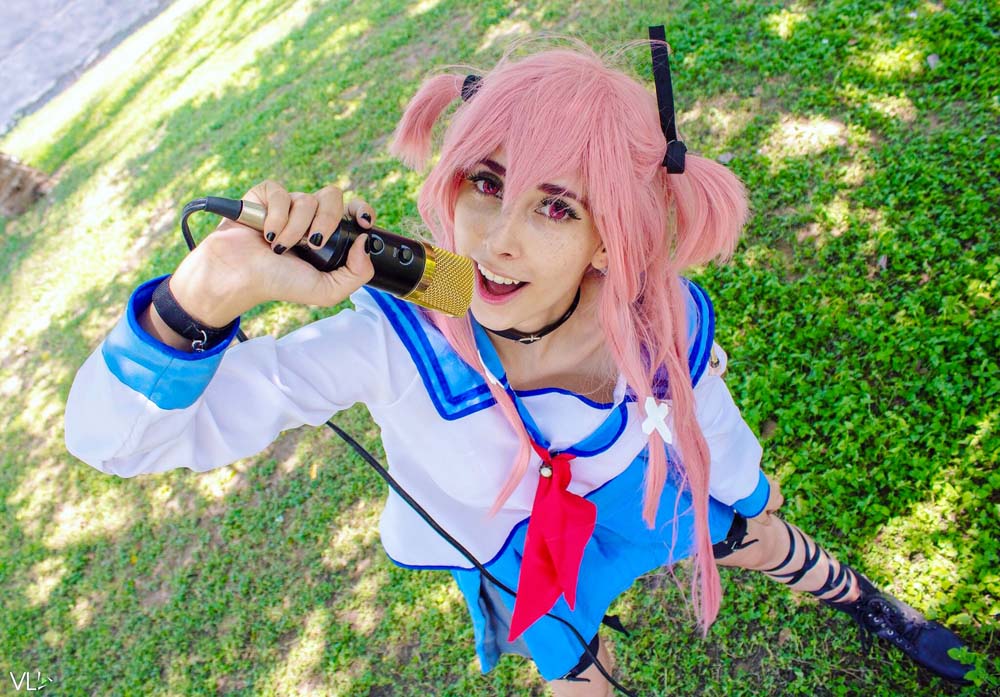 Hmm… well I think when someone reaches to you in a con and after asking for a picture when they start saying you really fit the character and that you’re actually alike to them, like saying your costume and appearance is accurate and on point. I believe that motivates you even more in putting more effort to other cosplays and make you feel actually really proud! 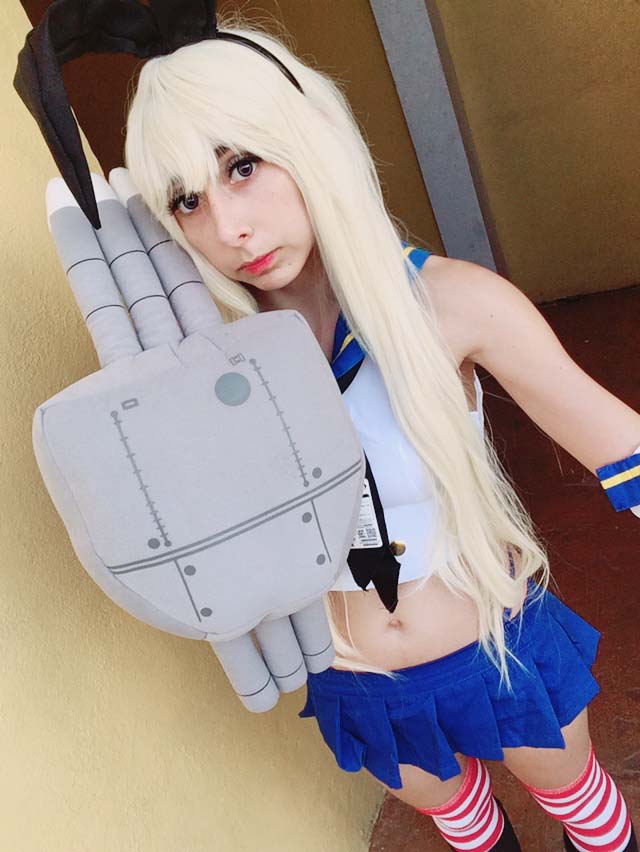 What are 3 things you absolutely adore about cosplaying?

First of all, the idea of representing a character you really really love and feel close to with their personality.

Secondly, that you get to know a lot of nice people in the way that as well adore the same hobby and with whom you can share feels and ideas about some series or characters.

And third (that it’s also something I kinda hate but I’m masochist) to go into different online shops looking for the perfect costume, wigs, lenses and comparing the prices, colors, etc. Like doing reaaaaal investigation hahaha. 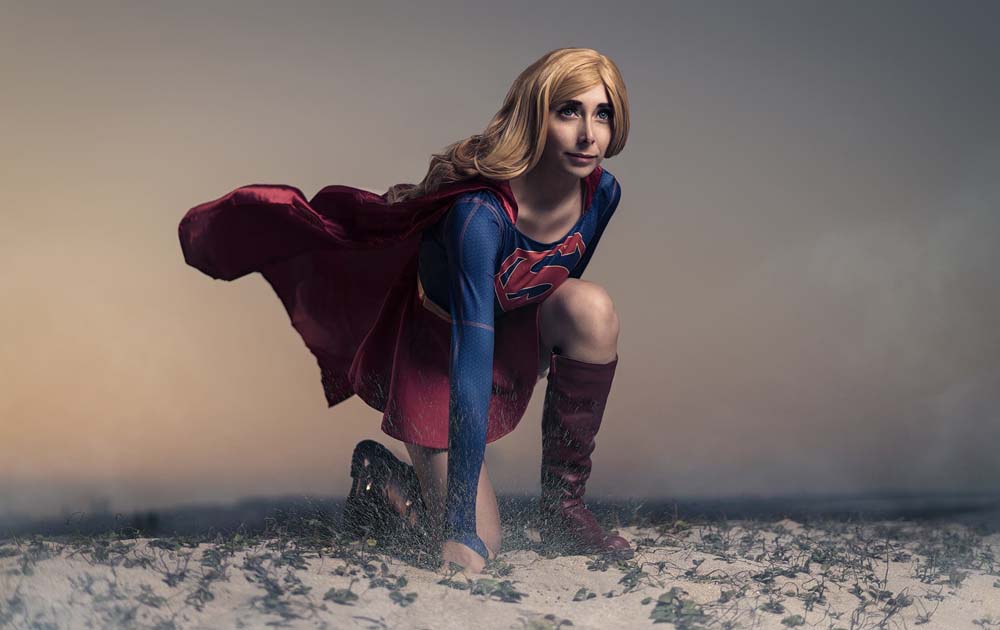 If you could be a cartoon or anime character for real, who will it be?

AHH THAT’S A TOUGH ONE!  But if I really really have to choose… I think I’d choose Mew Ichigo from Tokyo Mew Mew hahaha. I simply adore cats and when I was little I actually pretended to be her XD, also because she’s a superheroine that can take off badass people and I fell really alike to her personality. 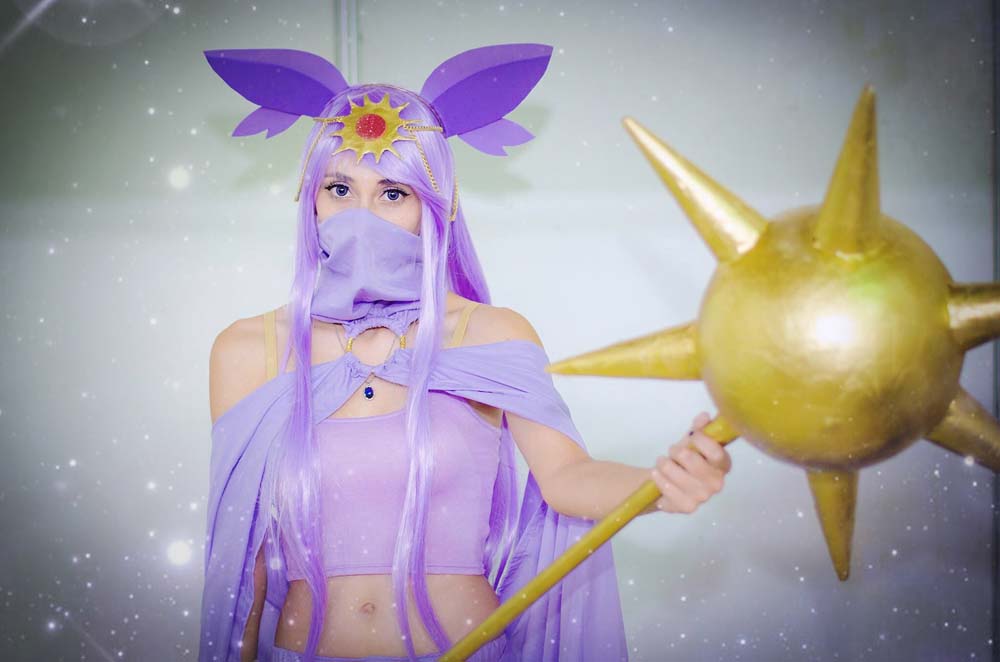 Is there something you have always wanted to do or learn but haven’t had the time?

Yes :c I’d love to take dance lessons (cause I pretty much suck and have 0 coordination) and also piano and/or guitar lessons. 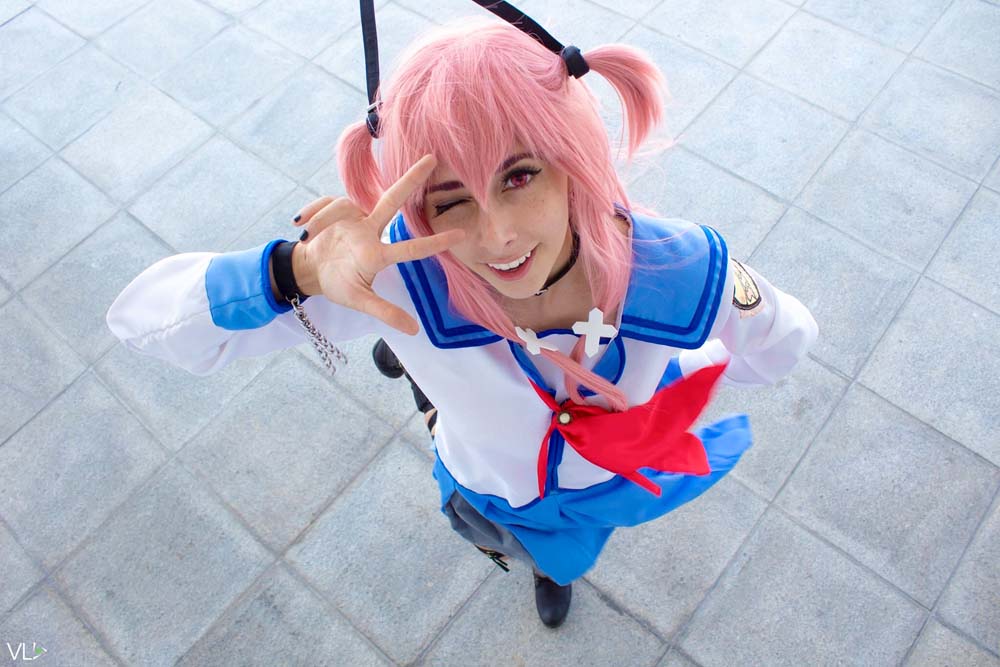 Do you have any favorite quotes or motto you like to use?

“Hope is the last thing that dies” (this one sounds better in Spanish to be honest hahaha).

When it’s a bad day always say to myself, “Tomorrow will be another day” 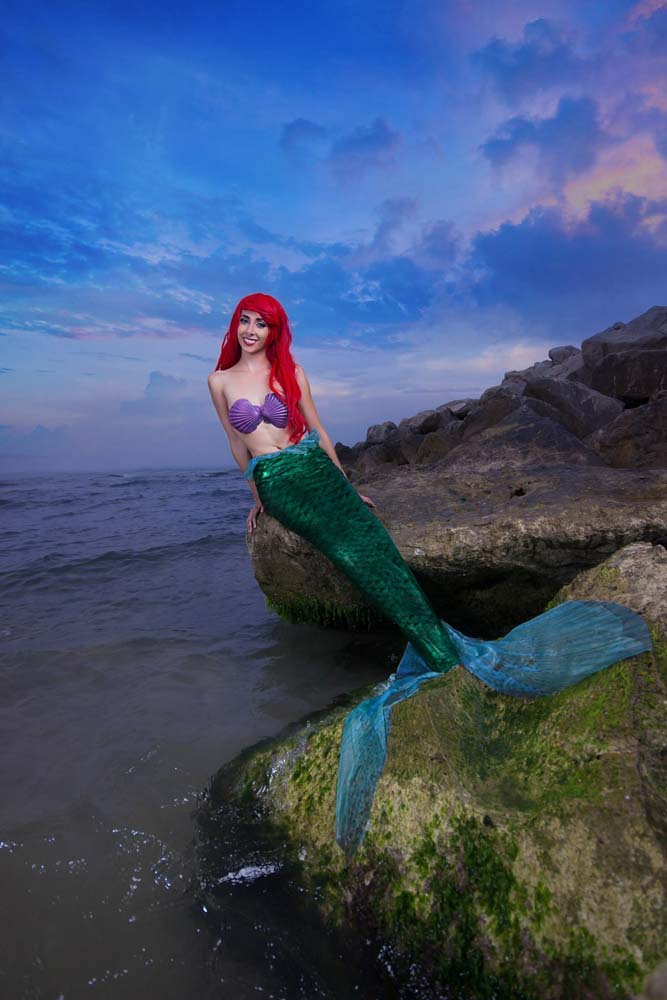 What is the lamest attempt a guy has tried to know you?

I actually really hate when someone adds me on whatever social media and it’s constantly saying things like “Hey” “Cute” like, putting it in every single thing I post. And also, the typical “Hey, how are you? What are you doing?” LIKE SERIOUSLY? How do you go forward with a conversation like that? But ugh like they say that every single day and you get tired of it. I hate it XD 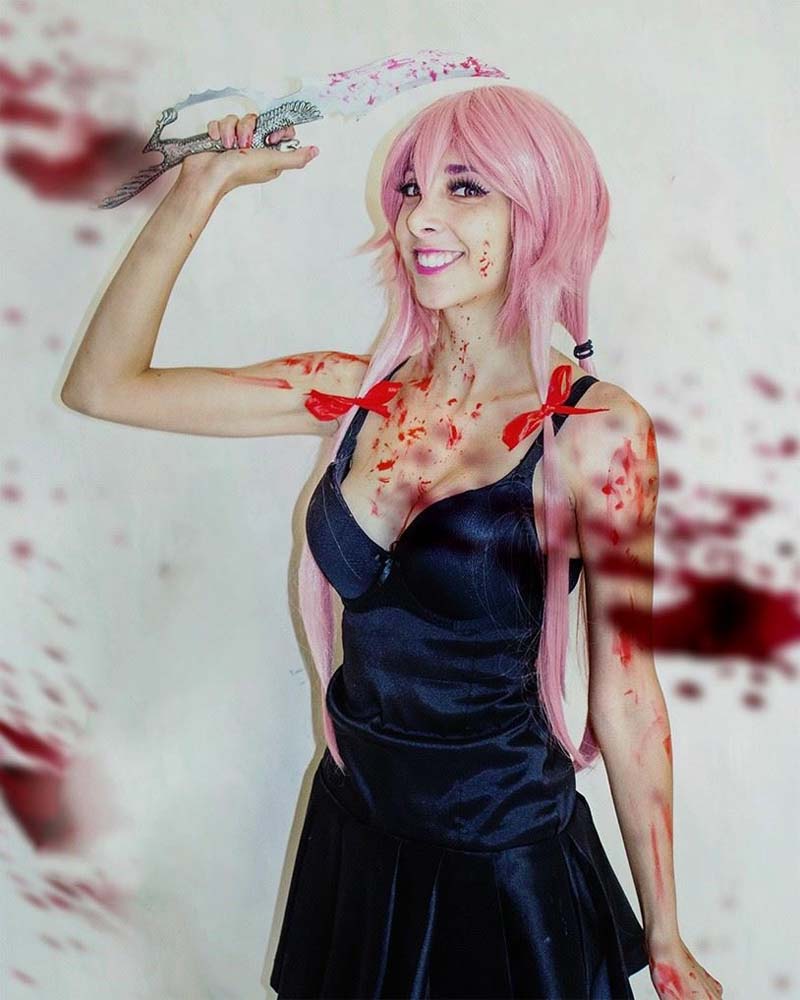 Thank you for taking the time to answer our questions Tasha. One question before we end, how do you define “sexy”?

What do you mean? In cosplay terms? Hahaha well in general I’d say it’s when you feel attractive no matter what are you using, as long as you feel confident enough with your body and yourself.