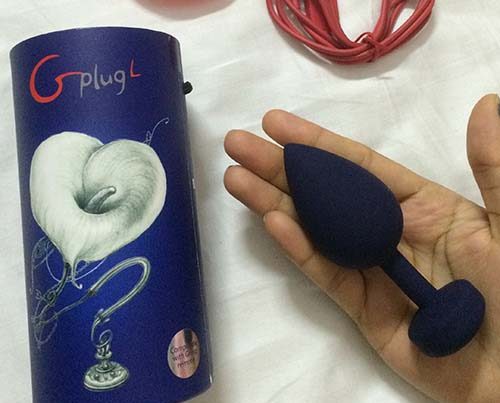 The plugs and ring each came with a lovely, elegant looking cylindrical container – like a pretty Christmas gift come early! 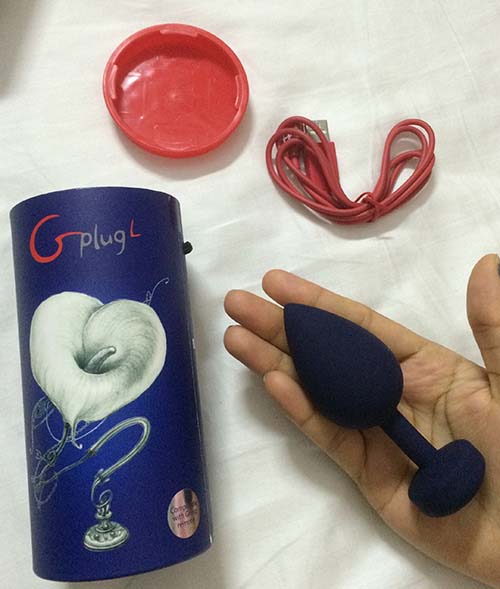 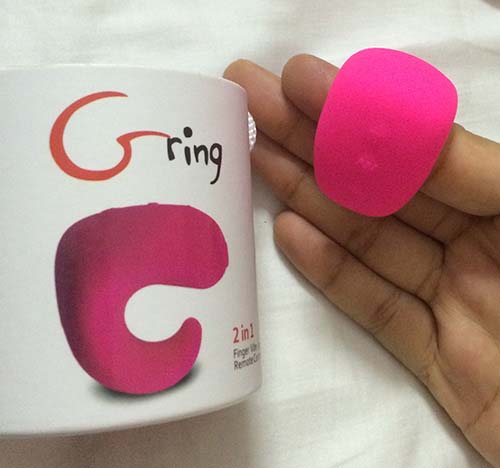 The G Ring to control them all – plus it vibrates too! 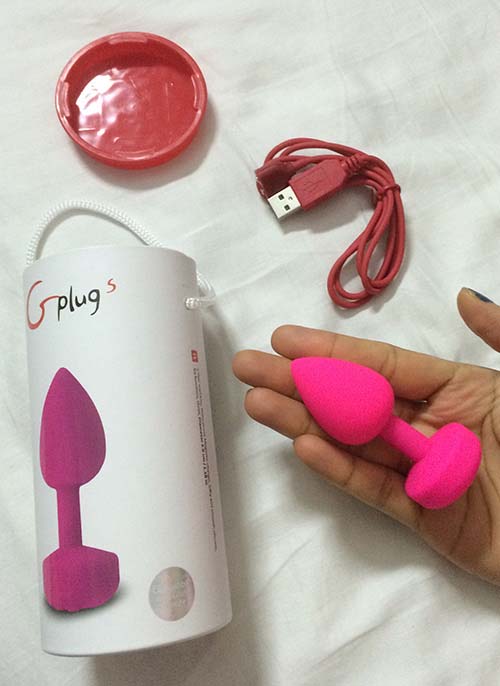 They were well packed inside to prevent rattling – important because it wouldn’t do to have them suddenly switched on during transport. That would have been embarrassing. That said, the buttons are engineered such that there is little chance of them being accidently turned on. They also came with a little cloth drawstring bag each. 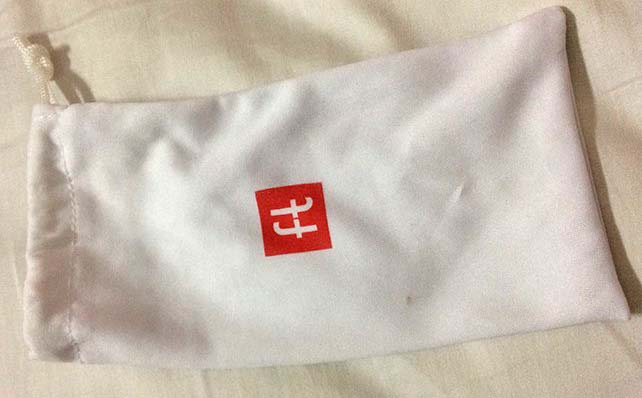 In general, all four toys were made from the same material. Silky smooth to touch, and doesn’t ‘grab’ your skin the way some silicon or plastic products tend to do. There is also a nice softness to it, so it actually feels like firm skin. For charging, only two little metal nubs protrude out, which magnetically connects to a provided USB charger. The magnets were strong enough to hold the weight of the G Plug L, so it’s pretty strong – no need to worry about the connection popping off. 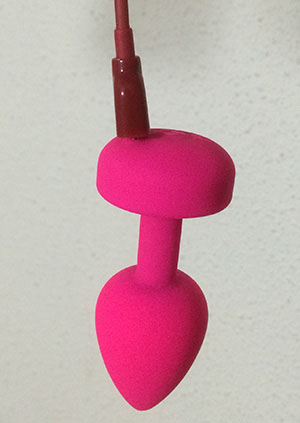 The G plug S hanging by the USB charging cable.

Having such a charging mechanism also means that they are fully waterproof – which we put to good use in the shower and the tub.

All toys come with three buttons: a on/off/mode function “ft”, plus “+”, and minus “-“ buttons. Press-holding the ft button turns it on, pressing them repeatedly changes the modes – pretty standard – continuous, pulse and oscillating patterns. We preferred the pulse the most for building up excitement, then switching to the continuous for the moneyshot. The “+” and “-“ are pretty much self-explanatory for the strength of the vibe, and boy is it powerful at max power! Turning it off is press-hold on the ‘ft’ button again, and can be a little confusing initially, especially during the ‘heat of the moment’: sometimes when we want to turn it off it instead just switches modes, and once switched off when I wanted to switch modes. There’s also a way for the ring to switch the plugs off, but we’ll leave that for later. 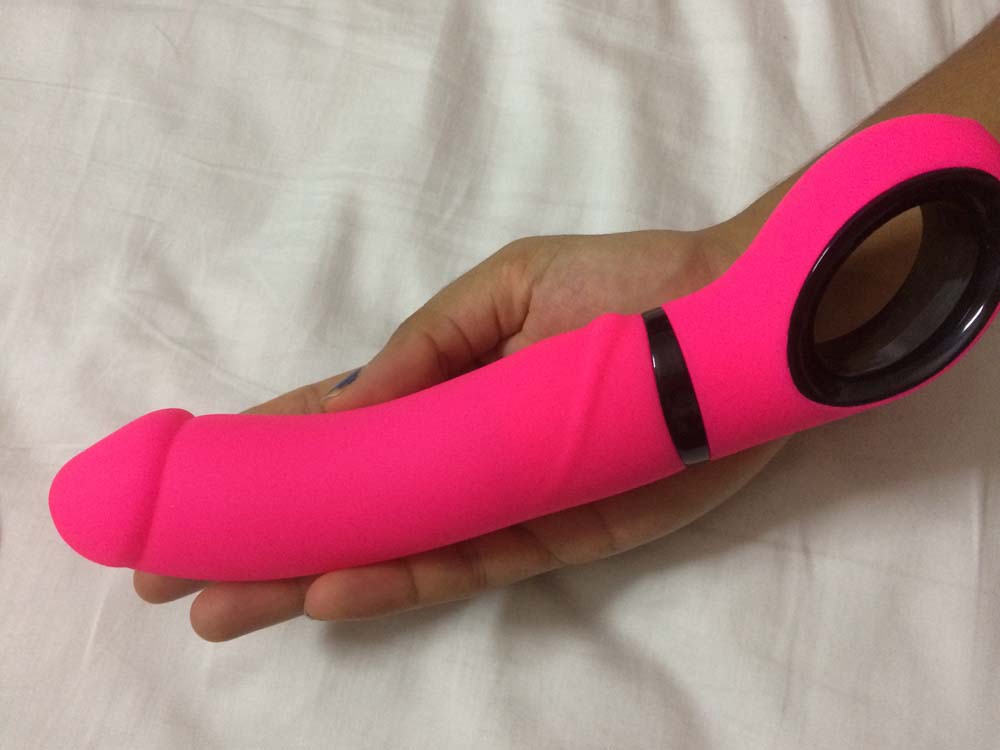 Its color makes the ladies squeal with delight. Afterwards, with pleasure.

Flat out, it’s the best we’ve had. The whole shaft is comfortable to hold on, and was firm yet soft enough that it feels ‘meaty’ – try pinching the tip – almost feels like the real thing! 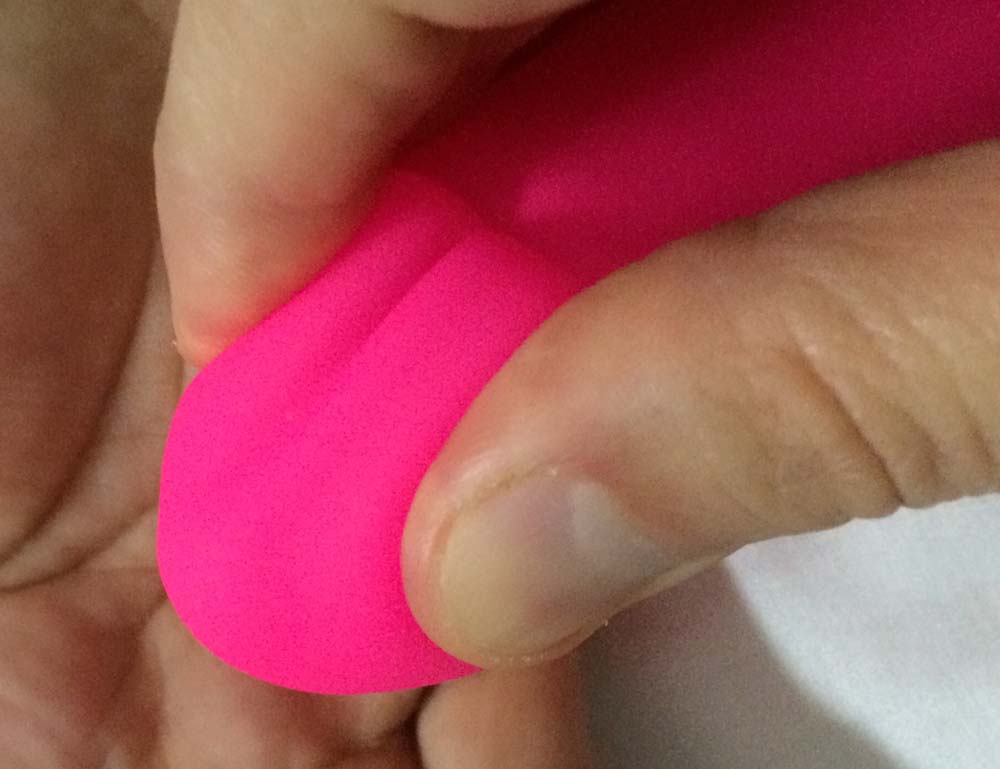 Very smooth and firm, yet soft enough to feel like a real meaty cock. You’ll really want to just touch and molest it. 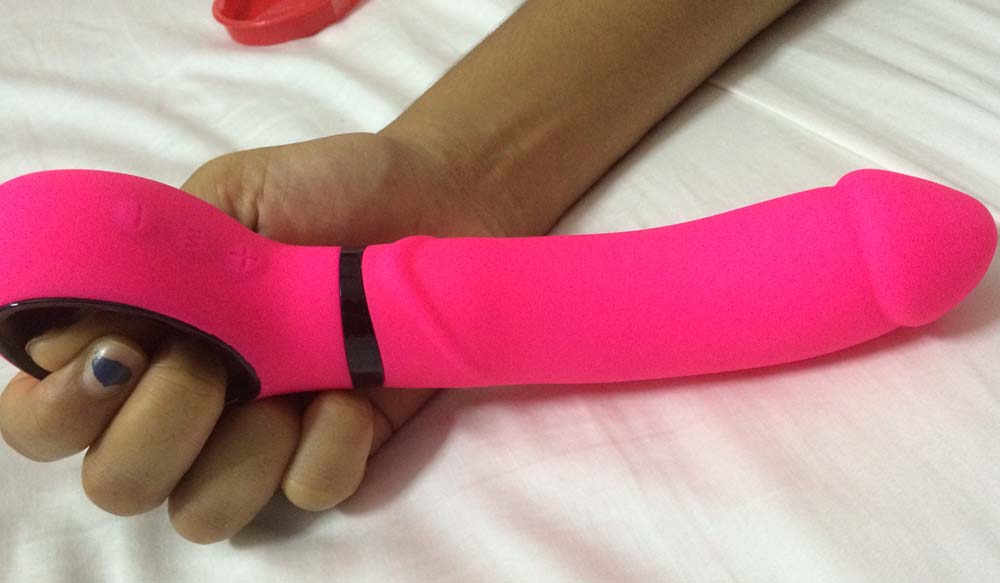 Holding it for maximum ergonomic pleasure

Ergonomics is important, people. Works well for me too – I find it easier to hold and hit her inside spots when I’m hugging her or sucking her tits. Solo-wise, when she’s feeling more active, she’d use the continuous vibe mode and piston like no tomorrow. When she wants a more chill sesh, she leaves it in on a pulse mode while she works her clit with the ring…

Images courtesy of The Fox
Have an amazing experience or tips you like to share on SimplySxy? Drop us an email at editorial@SimplySxy.com!

You may also like...
Related Topics:G Series, Sex Toys, The Fox