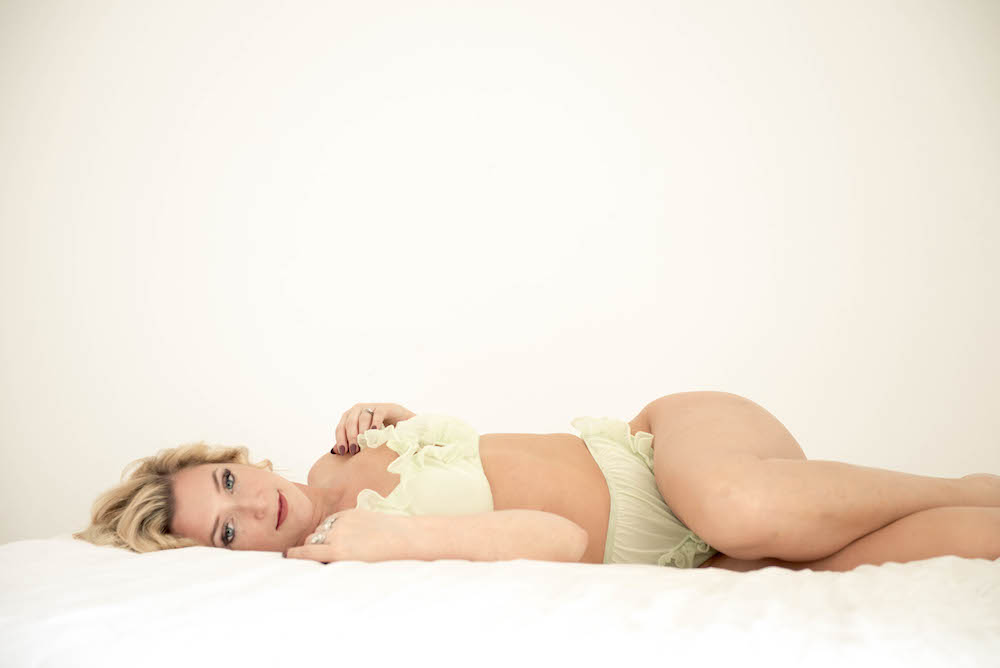 I’ve been dancing since I was three, and apparently told my parents I wanted to be a full time actress and part time doctor when I was in kindergarten. BUT I would say that Carol Burnett was a HUGE inspiration to me, and I often refer to myself as the Burnett of Burlesque.

My writing, I think, has been strongly influenced by Amy Sherman Palladino and the original YouTube…I know that sounds silly but when YouTube originally came out and we all were watching “Old Greg” and “Charlie the Unicorn” and “Shoes” on repeat, I think that brand of humor got stuck in my brain and it’s all I truly understand! Goldie Hawn in Housesitter was the moment I knew I wanted to act on screen though….so there is that!?!?! 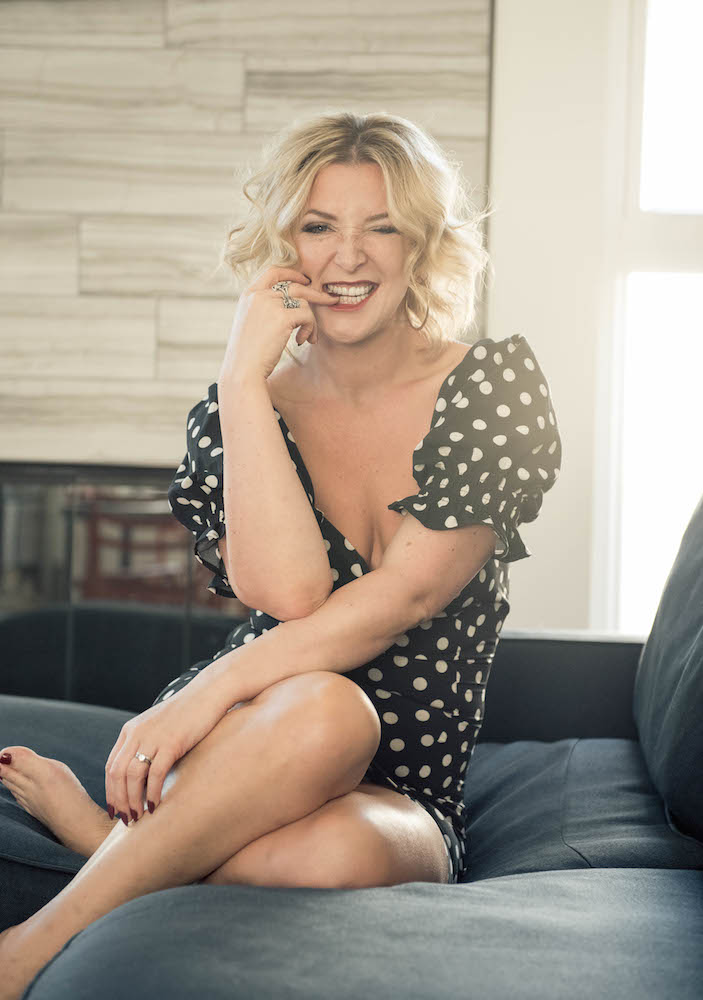 Well it’s hard to answer that question right now as we are quarantined, so a typical day for me is waking up, making breakfast, staring at the wall, trying to understand Tik Tok, and eventually working out, watching my dog sleep, and finally drinking a bottle of wine before I have a meltdown and fall asleep…LOL not LOL…

Which is a memorable or unforgettable show you have done before?

This is hard because there are so many. I would say as a musical theatre performer, anyone who has ever done RENT, that cast stays with you for life. I have done this show twice and both casts are permanent fixtures in my life having truly changed me. I learned so much about myself doing that show, both times, and so much about parts of the world I maybe didn’t totally understand before.

As an adult now looking back, “Shakeslesque” which when we do bring it back will be retitled “Shakespeare in Lust” is the show I miss every day. Partially I think because it stretched me as a writer, not being a Shakespeare buff, but also as an actress. I did not play a role written specifically for me and there was so much heart in that show. That cast was so amazing and the show felt like coming home every night. 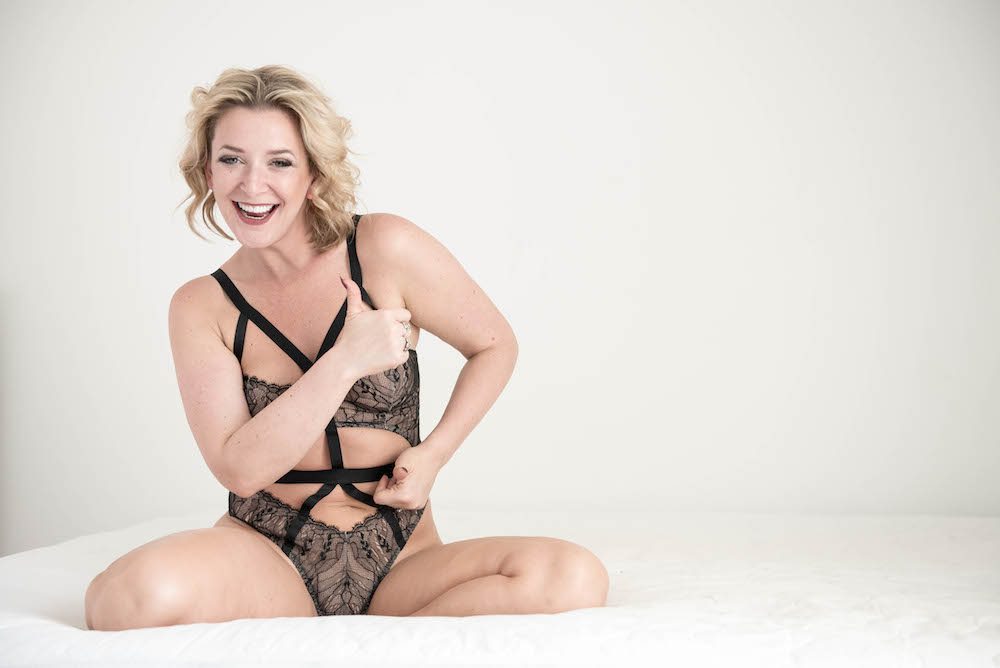 Hmmmmmm. Travel more? I was awful about going anywhere when I was younger. Always afraid I would miss an opportunity at home, and that is nonsense. We need to go out and learn about the world so that we can be better performers! Also I would like to pick my violin back up and get more comfortable playing her. She’s just been sitting in her case for so many years and she deserves some love.

ANYONE?! Oh man…..I’d go back to Burnett. Carol is one of the most brilliant minds to ever walk on stage or in front of a camera. And her story is amazing, if you haven’t read her book that she wrote for her daughters about her life. I would kill to just sit in a room with her for an hour and pick her brain about writing and creating and timing. 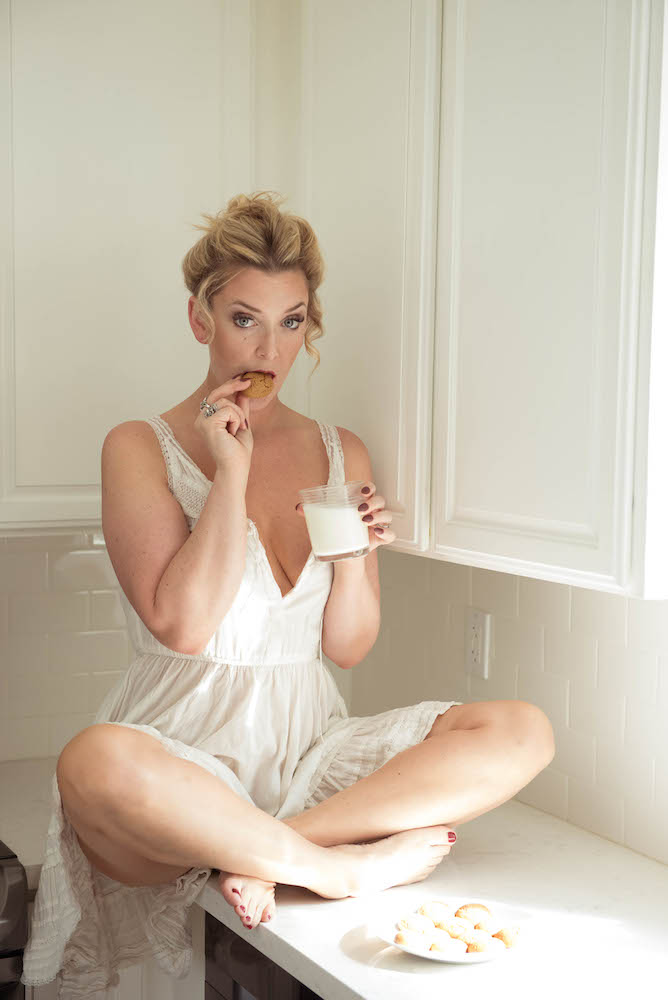 What do you not get about guys?

I feel blessed to have been able to really put myself in others shoes, my mom pounded this into my brain growing up, so there wasn’t much chance of me not “getting” something about someone….however…men that do not respect the independence of women sharing their sexuality makes LITERALLY NO SENSE TO ME. I know after my mother got married, she started wearing more conservative clothing, and even admitted to putting on weight so she would stop getting hit on by men that weren’t her husband….because…he “deserved the control” because…. “she belonged to him”!!!!

Now, I know this was a sign of the times, but that is PURE TRASH! I am not saying I am not loyal to my husband, or that I don’t belong to him, because I do…but I wouldn’t have married a man that didn’t appreciate my need to be wanted and want others. We are animals and we appreciate people’s beauty and sexuality NATURALLY. And if it makes me feel powerful to wear something sexy and do my hair and makeup, then fuck it, that’s what I should be able to do. My husband loves that about me and it is WHY we work. Did that answer any part of that question?

Thank you for taking the time to answer our questions Alli. One question before we end, how do you define “sexy?

Sexy for me is so many things. I’m a fan of hard rock classics that make you wanna bone in the bathroom of the bar and not giving a fuck.

Everything is kind of on hold right now but they will be on the Instagram when everything comes back!