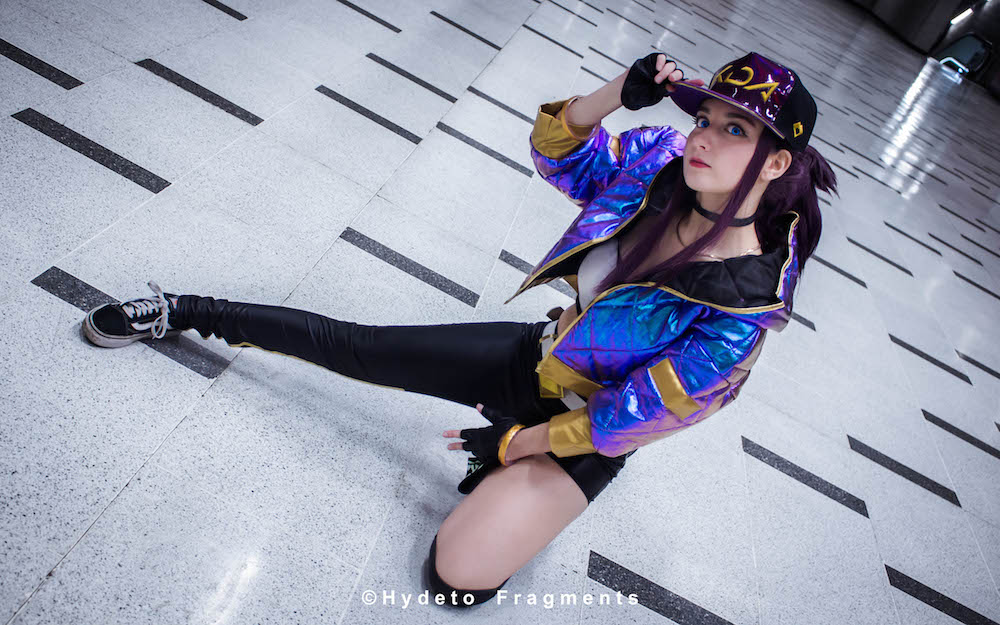 Hello! Thank you so much for having me! I’m Lianka, I’m a cosplayer from the remote country of Chile, I was born and raised there, and I’ve been doing cosplay for about two years now. I know, it’s not so much but I feel like I’ve been doing it since forever, it’s crazy! 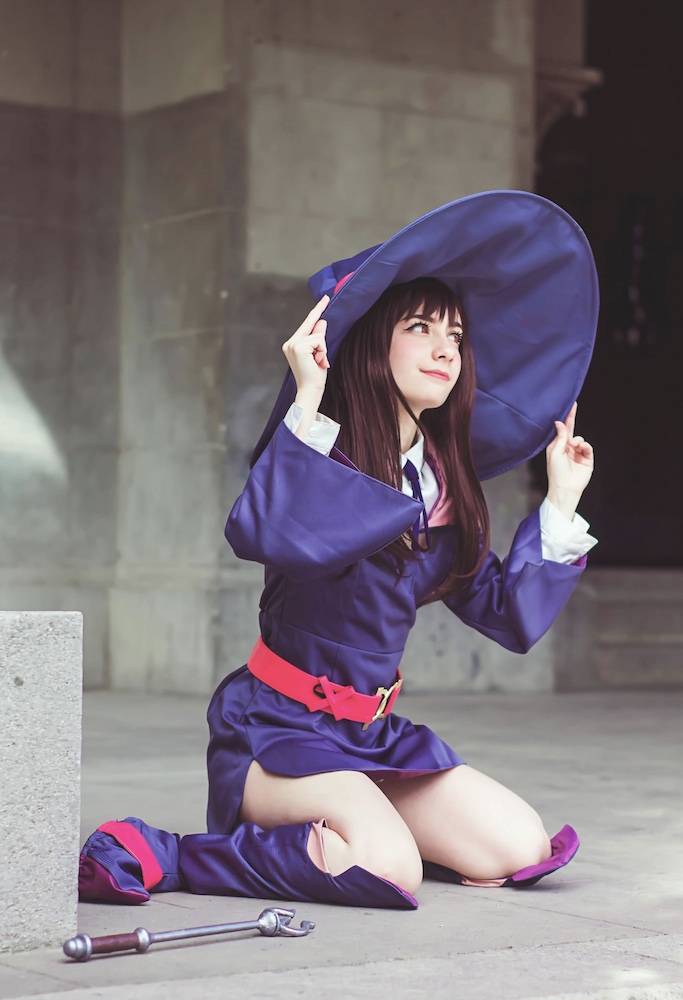 How did your interest in cosplay come about?

So, a little before I started with cosplay I didn’t even know what it was, like, when I was in high school no one ever talked about it or, it just, wasn’t a thing, at all. But when I graduated from high school, I met many people in college mostly who shared the love for anime and other geek things and some girls had J-pop dance groups I felt like oh, this might be fun, and long story short, I ended up in a Love Live dance cover group and that’s how I started with cosplay! 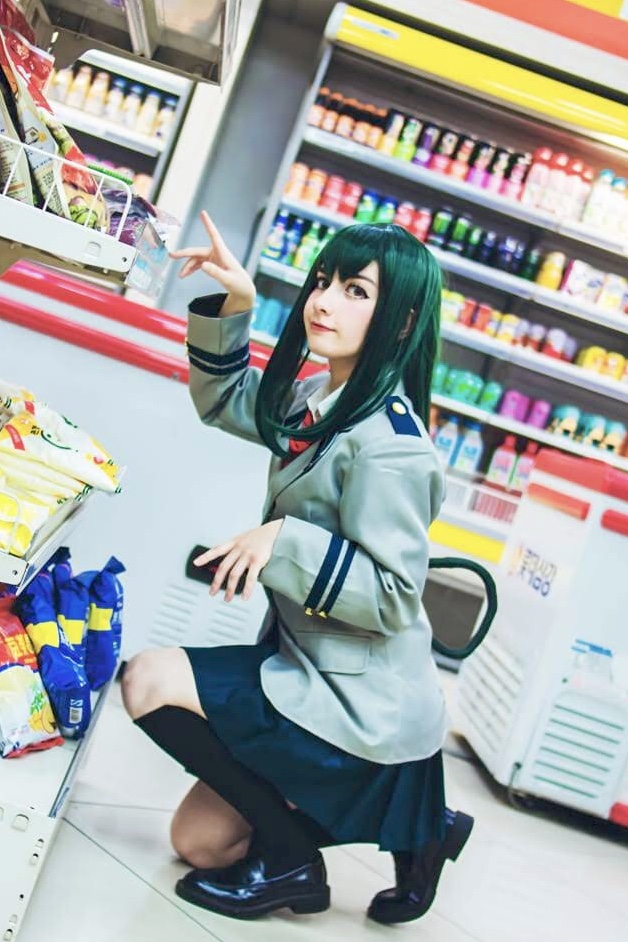 Which is the most challenging character you have cosplayed before?

I think the most challenging character I’ve cosplayed was Akali from League of Legends, I did the K/DA version. And it was SO challenging for me because I had never done a character like that. I mean, she’s like very serious, she looks very mature and has a very fierce personality over all. So it took me a while to decide whether I should really take the risk, you know?

So I tried like A MILLION times with different kinds of makeup to make my face look more sharp (because my face is very round and like a baby’s haha), or trying with poses and other things like that. And I think it turned out quite fine, but I’m still thinking I could’ve done better. 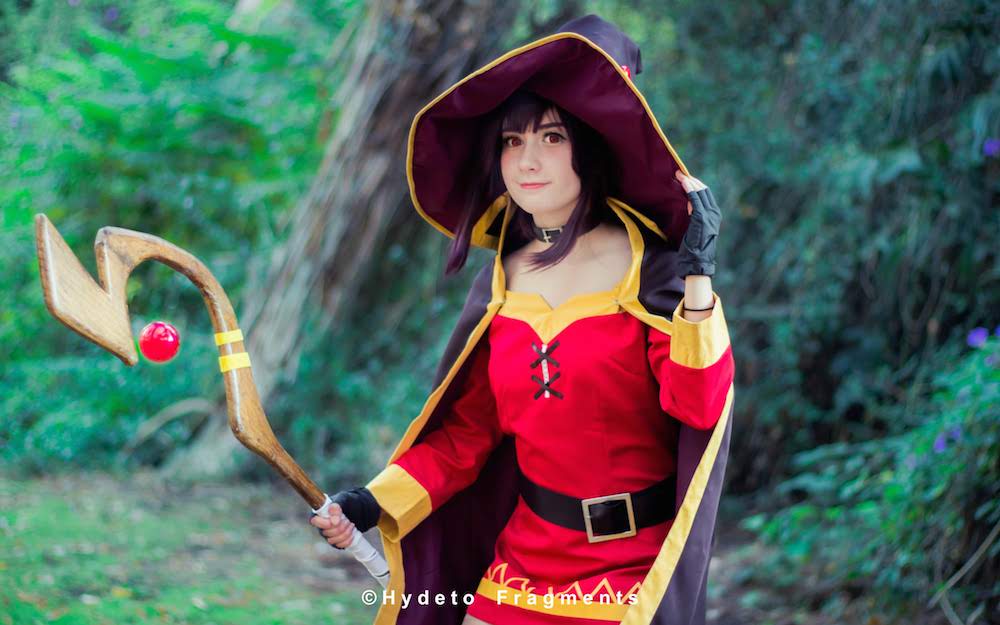 If you could be a cosplay character for real, who will you be?

Woah, that’s a really hard question. But if I had to choose between one of the characters I’ve cosplayed… I would chose Popuko from Pop Team Epic (lmao). But only because it’s a funny character, I laughed SO MUCH with the series, and I like fun, I like making jokes, and my humor gets quite dark so yeah, I think it would be fun and I could make as much weird or cruel jokes without being judged I guess. 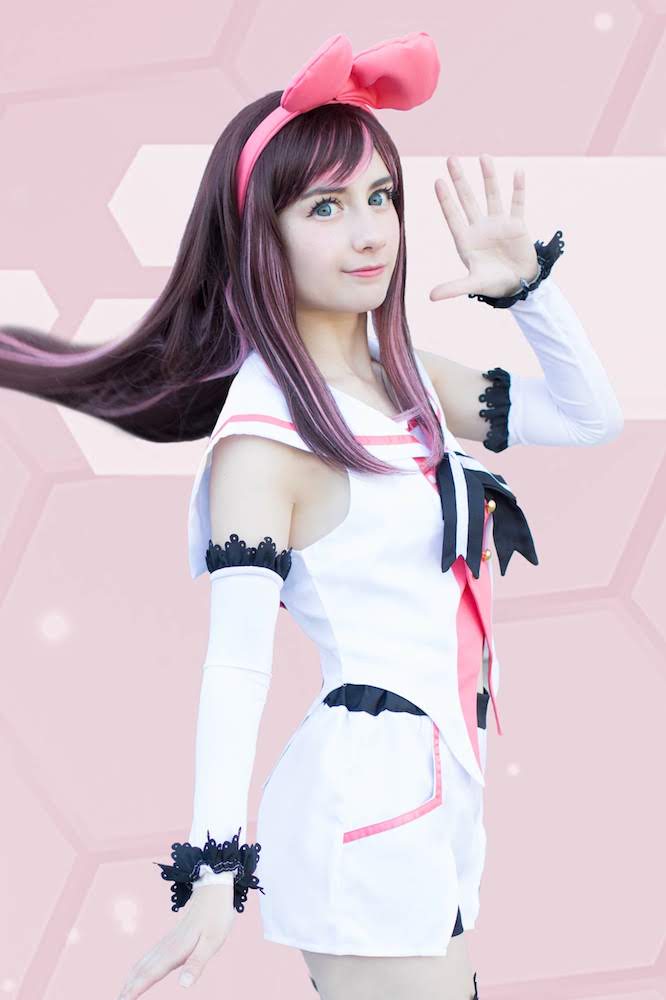 To be honest, cosplay is like my BIG hobby, and it takes most of my time right now. It’s hard having many hobbies and balancing them with studies so I don’t do many things but, maybe singing, I really enjoy it and also drawing, those two really take my stress away. 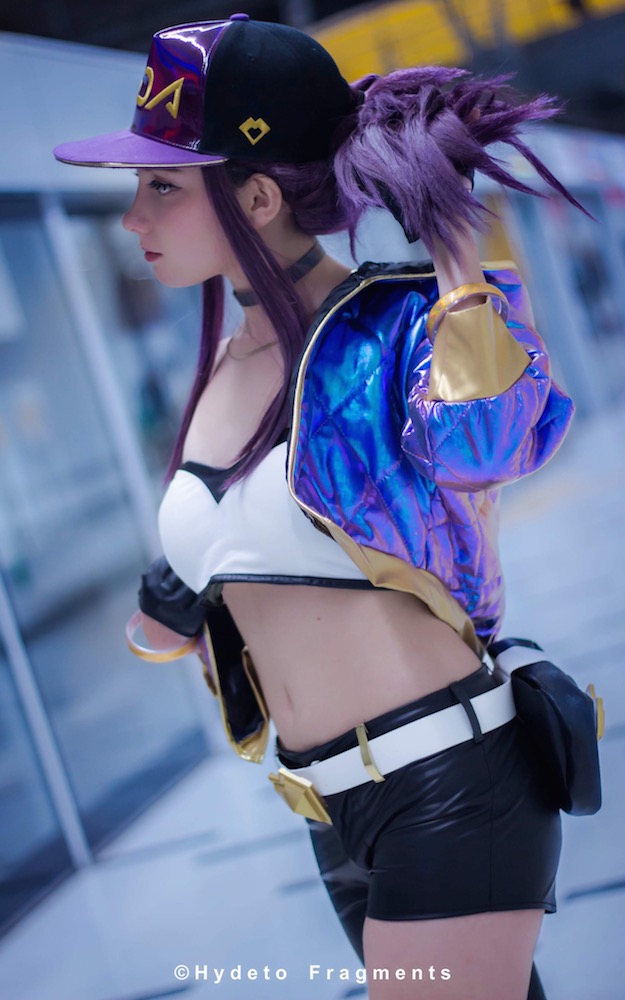 If you could time travel, where will you go?

If I could time travel I would probably go to when I was younger, like in my teens and I would tell myself not to be ashamed of your interests, that it’s okay to be different and most importantly, to take care of yourself and enjoy life and worry less. 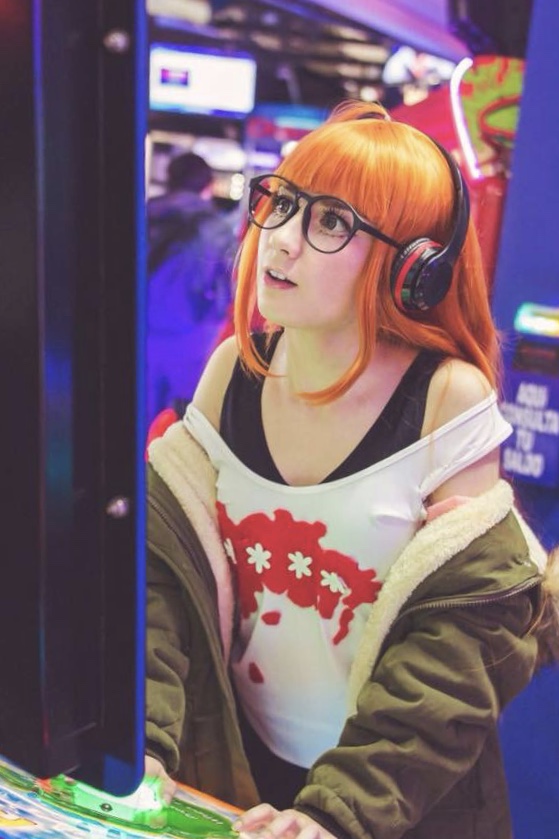 I’m definitely a 1 or maybe a 2. If I have to do something that implies some kind of risk, I have this tendency of always making sure of everything, sometimes I over analyse things. It’s not healthy I believe. I should take more risks in life. 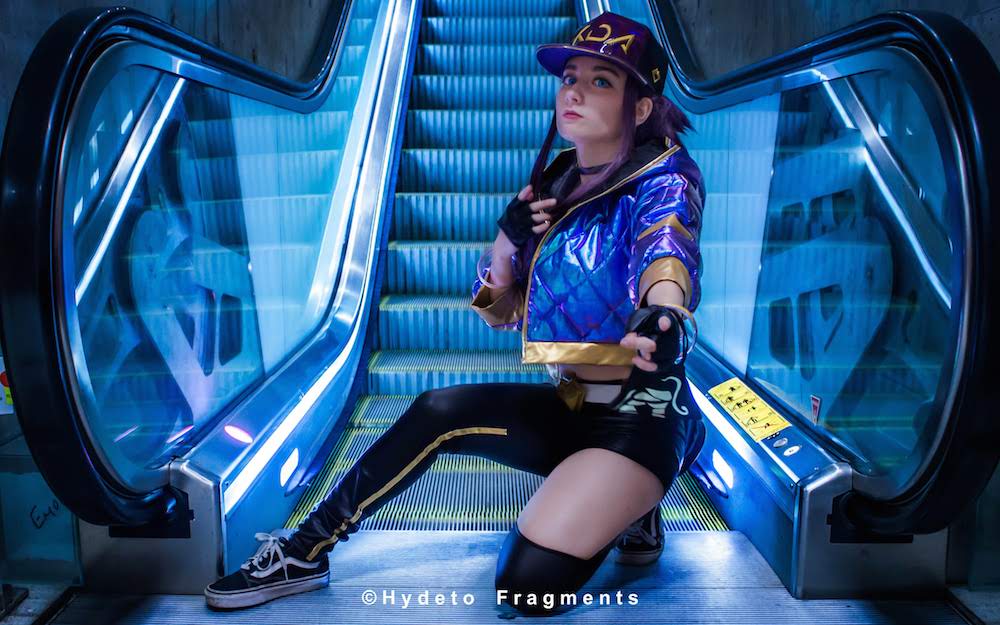 Haha I have some fun stories about that. But I remember that one time when a guy said the usual like “hey you’re so sexy” and whatever and he was like “I think we have so much in common, we should go out for dinner together someday, I’ll buy you a hot dog” and ok, maybe it doesn’t sound as lame as it was.

But in Chile, hot dogs are like, something you eat everyday. So I felt like basically like he was saying “I’ll take you to a very fancy restaurant” but then it was to eat a hot dog in the street. 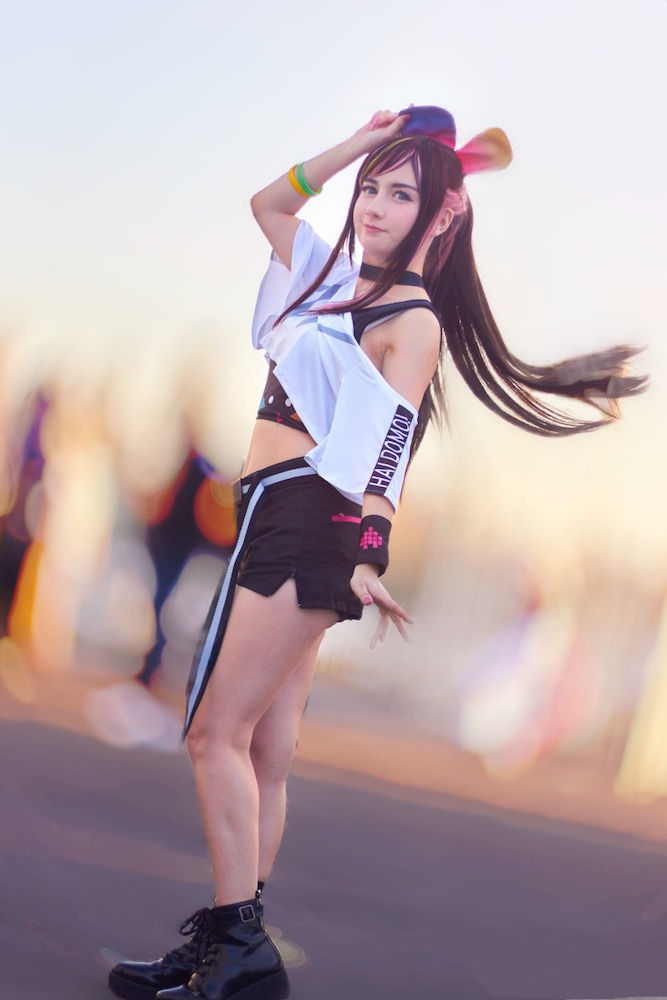 Thank you for taking the time to answer our questions Lianka. One question before we end, how do you define “sexy”?

So if there is a person that has at least one of those things that you considered sexy, then that person IS sexy. Moreover if you were a little (or very) turned on by it (or them). So yeah, that’s my lame definition for sexy.

I have monthly sets which I sell through my ko-fi – https://ko-fi.com/lianka

How I Fell I Love With Bondage