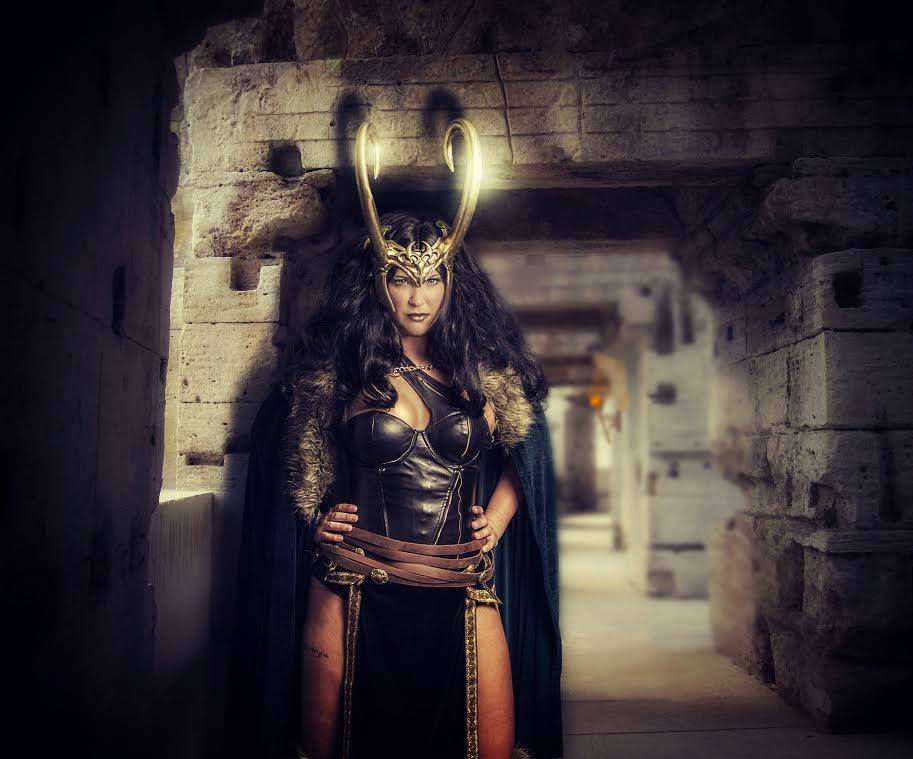 Hi Rowan, thank you for taking the time to answer our questions.  Please share with our readers a little about yourself and where you’re from?

Rowan Rayne here, and I am a Cosplayer from the Detroit, Michigan area! I got into costume design about 7 years ago and began cosplaying officially about 4 years ago. I currently work full time at a law firm, but in whatever free time I can find I am either working on costumes, hitting the weights at the gym, writing horror fiction or being a part of my awesome web series, The BAM Show! If you guys haven’t checked it out, the link is in the social media section. It is a ton of fun! 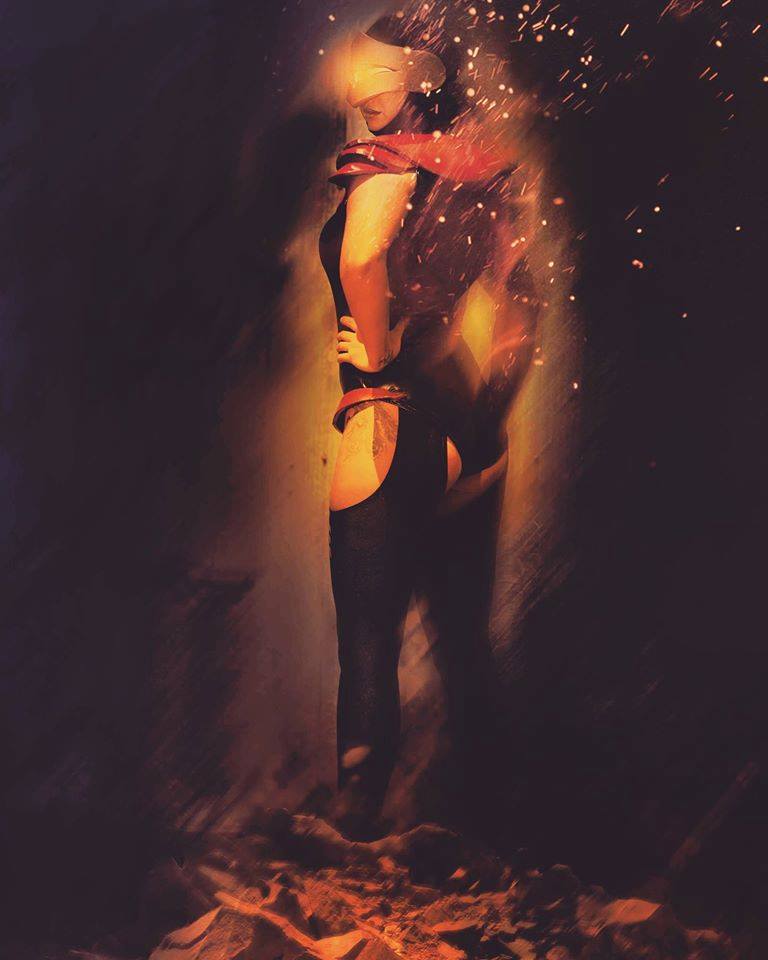 What do you love most about cosplay?

I think what I love most about cosplay is probably the sense of community. You don’t even have to know anyone going to a convention, but you’re totally surrounded by people with similar interests to yours and you make friends no matter what. I think it’s also a really positive, open minded community which is really great.

Is there a misconception you still commonly hear about cosplay?

I can think of a couple misconceptions honestly. The first one I think is probably more directed toward female Cosplayers. Many times it is assumed that we are essentially “booth babes” and don’t actually know anything about the characters we are dressed as. While I have no issue at all with booth babes, and have done it for other style conventions in the past, I would say every Cosplayer that I am familiar with legitimately loves and knows a lot about the character she is dressed as. I’ve been a sci-fi/fantasy nerd since I was a little kid and yes I do read comics. I think that a lot of time there is this assumption that you’re just a hot girl in a costume looking for attention and that’s simply not true. I spend a lot of time and effort and money honestly working on a costume for a character I love and/or relate to, and I know most of us do!

I know you asked for one conception but I am going to throw a freebie in here too. I come across so many people who really wrinkle their nose when I say I’m a 30 year old who dresses up as a superhero and hangs out with other people who dress up like superheroes. I know a lot of people think it’s really weird and immature. I think the best way to relate it is to take football for example. People have fantasy football teams, they go to games, they dress up in their team colors, they paint their faces, they yell and cheer with other fanatics. It’s really no different than that. I think people don’t really understand how similar hobbies/passions really are to that end. 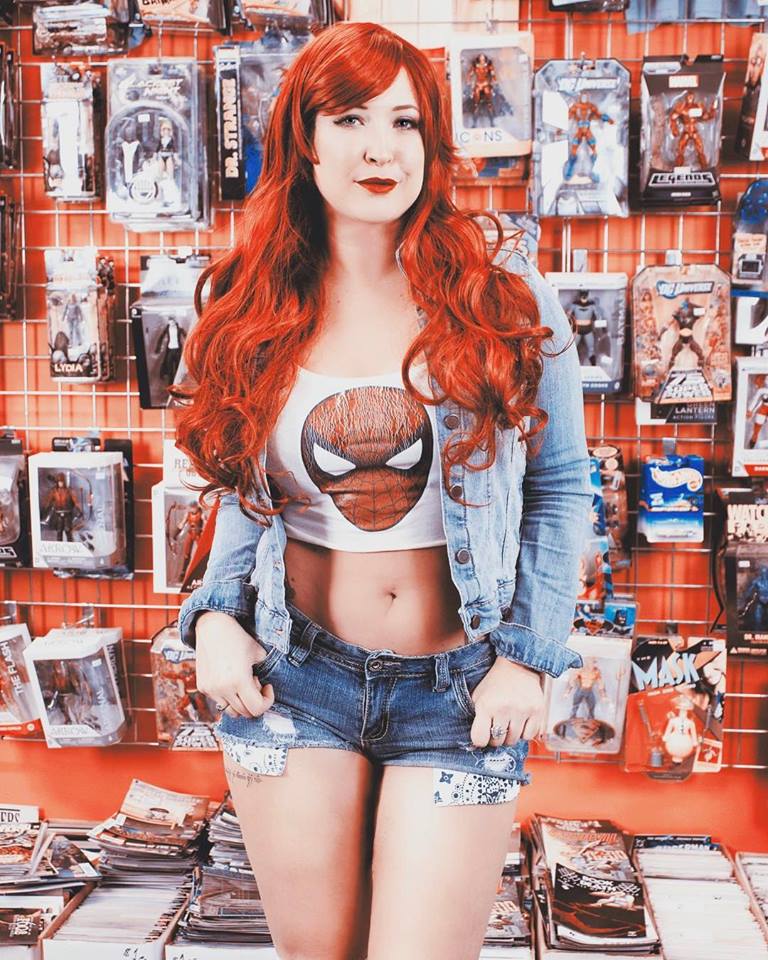 Which is your most memorable cosplay experience so far?

One of my most memorable cosplay experiences actually didn’t happen at a convention. I Cosplayed the DC Character Deathstroke (a female version) a couple years ago and tweeted the photo to Manu Bennett, who plays Deathstroke on the CW’s adaptation of Arrow. Not only did he respond, he reshared the photo on his own page and followed me back. Like getting that stamp of approval from the person that you basically are dressing as is super exciting. I know it sounds super cheesy, but I swear I totally cried. 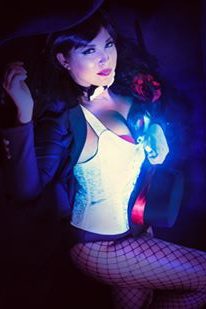 I have to say that my “typical” daily schedule is fairly boring. I pretty much work all day, head to the gym after work and then do a little bit of Netflix binging in the evenings. My typical convention days are a lot more fun. I usually wake up really early to begin working on getting dressed and doing makeup. Depending on the costume the makeup could take a really long time. For example, this season I am doing both She Hulk and Lady Death, which require full body paint, so that will take several hours to complete before I get changed. After I am ready, I usually go grab a bite to eat before the con with my fellow Cosplaying friends.

We do get a lot of strange looks from people, but its fun when there is a full group of you. I am not one of those people that gets to conventions as the doors open normally, as the lines are always crazy. I show up normally an hour or two after the doors have opened and there’s never a line. Then it’s basically walking the conventions floor, checking out art, saying hi to people I know. I get stopped for pictures a lot. You might not think it, but that in itself can get pretty exhausting. I tend to take a few breaks each day and have found most conventions are connected to a hotel so popping by the hotel bar for a drink during a break is always a good idea. The rest of the day is spent walking around, getting autographs or pics with celebs and usually at least one night of the weekend there is a really fun after party. That’s basically a typical convention scene day. 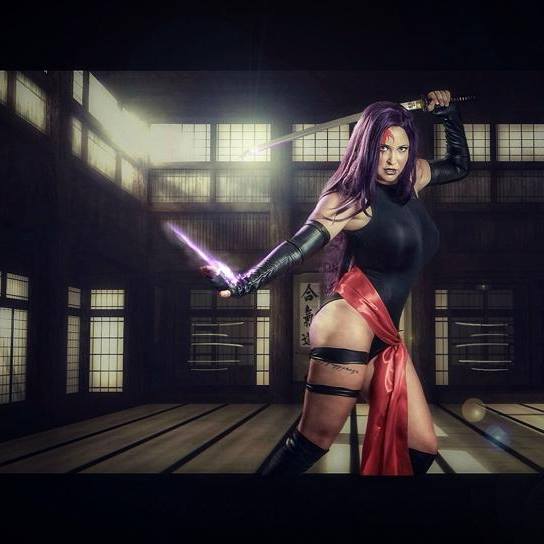 How long do you think you’ll survive a zombie apocalypse?

Oh good question. I like to think my logical way of thinking and ability to remain calm under pressure; along with the fact my personality is extremely true neutral would let me survive for a pretty long time. I’m a fighter and a survivor and I definitely would do what it takes to survive as long as possible. In the end though, maybe I would become a zombie, because that also could be pretty cool. 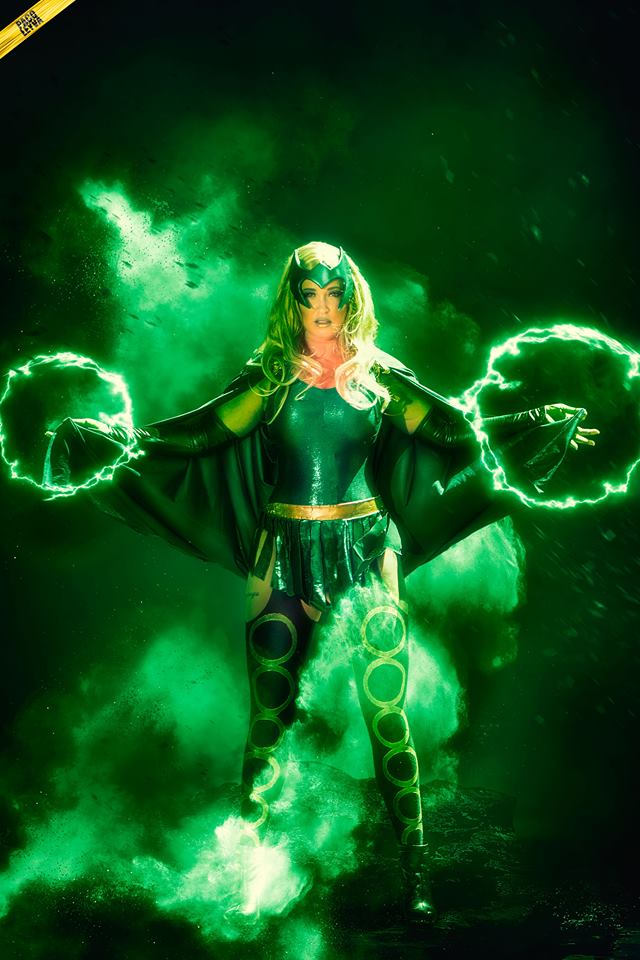 If you could go back in time to live in a historical period, which will you choose?

I think that if I had to pick it would have to be sometime during the time of the Vikings. The Viking culture is just so badass and those women were warriors. I actually think they were one of the more progressive peoples when it came to equality and I really respect that. As much as I love the fashion of Victorian England, I know I couldn’t survive a life like the ones women then lived. Give me an ax and some enemies to conquer!

What is the funniest or lamest pickup line a guy has tried on you?

Do the numerous photos in my inbox of male genitals count as lame? They seem pretty lame to me. Tip from me to all men everywhere, IT DOES NOT WORK. Well if you’re trying to get reported and blocked it does work, but if you’re hoping to open up some kind of communication with a girl online, that’s not the way to do it. That being said, I honestly don’t have a lot of stories with pick-up lines. Usually if someone wants to talk to me they just come up and say something like “hey I like your shirt” or “cool tattoos.” It’s usually not necessarily a line. 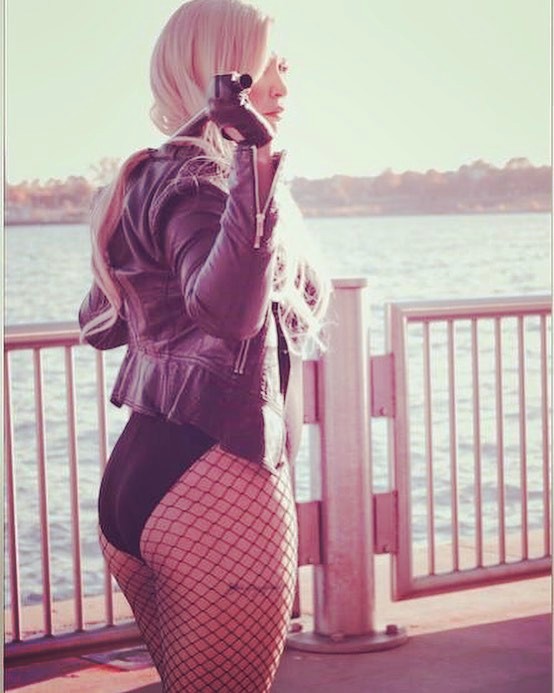 It is a pleasure to feature you Rowan. One question before we end, how do you define “sexy”?

So for me, sexy is all about confidence and being comfortable in your own skin. Like self-love is sexy. Whether I’m in a skimpy Lady Death costume and full makeup and a good push up bra or I’m sitting at home in sweats and a tee with no makeup, it’s all about feeling good about who I am no matter what. I think sexy means something different to every person, but to me it’s not about a look or an outfit, it’s about the way you feel about yourself. Sexy is s state of mind.

Featured image courtesy of Will Williamson

You may also like...
Related Topics:Cosplay, Cosplayer, Rowan Rayne, SimplySxy