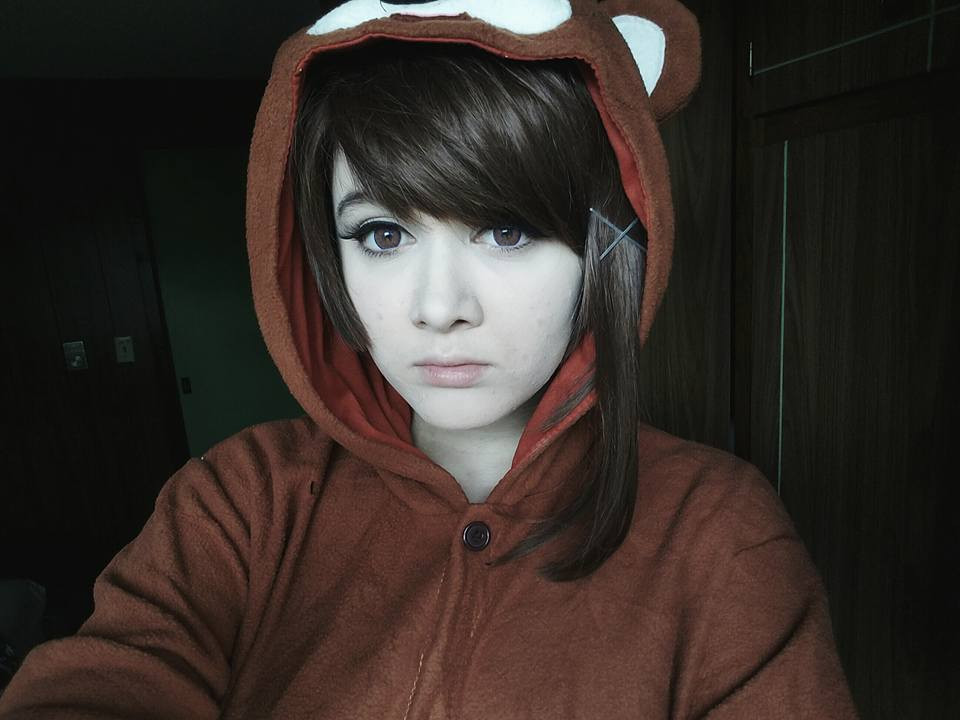 Hi Morgan it is a pleasure to feature you on SimplySxy.  Please share with our readers a little about yourself and where you’re from?

Well, I’m a college student in Wisconsin, who was raised in a small Minnesota town. I am trying to get into a Game Development and Design major. I love cats so much that I cry over how cute they are, and I love eating sweets and watching kids movies. I love abstract, strange and avant garde style games and anime the most but I still enjoy other genres. I love to go for walks and I love to spend time on my own, but I’m still very social. 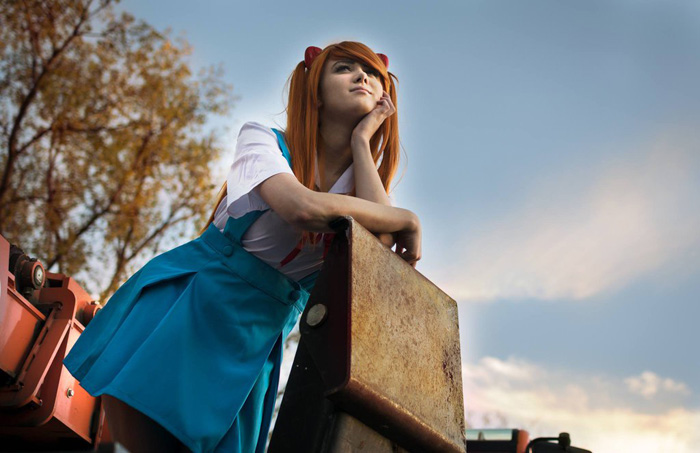 How did you get started into cosplay?

When I was 14, back in 2010, I was googling L from Death Note and I stumbled on a cosplay of him, and then a few months later a friend of mine invited me to come to an anime convention. My first cosplay was actually L, too! Since then I became addicted, and I’ve done over 50 cosplays since then. Last year alone, I did 30! For me, cosplay making is an anxiety reliever as well, so I used it last year to cope with a lot of the anxiety I had and it kept me very happy. 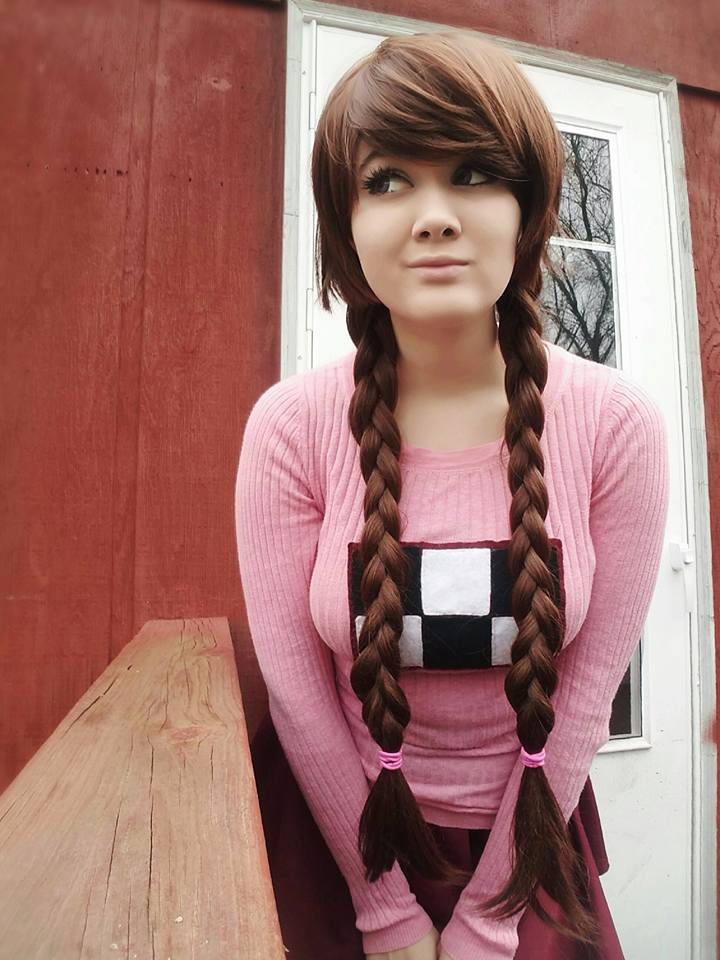 One misconception I run into frequently is people assuming cosplayers have no idea about anything surrounding the characters they cosplay. This is not always true, and people can cosplay for a variety of reasons: loving the franchise they are cosplaying from, loving the character, being in a group cosplay or just loving the character design. As long as they’re having fun that’s all that should matter. 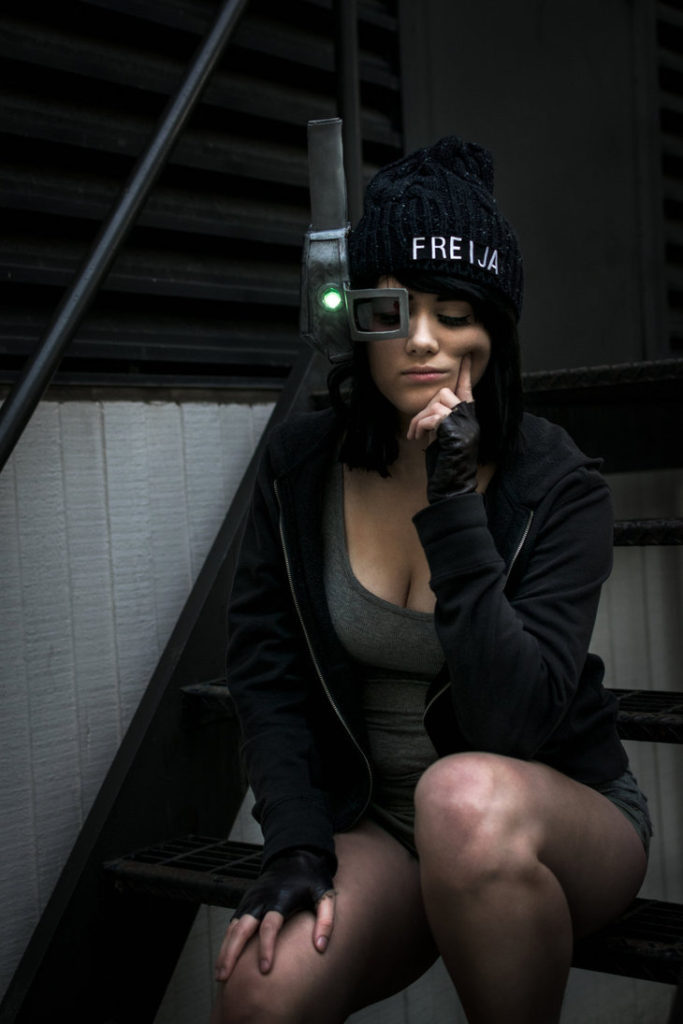 If someone calls me canon when I cosplay a character I feel a strong connection to, that’s the best compliment I could ever receive from anyone regarding cosplay. That, or when I see someone using my images for their cover photo. It’s happened a few times that I’ve seen, and it’s really flattering. 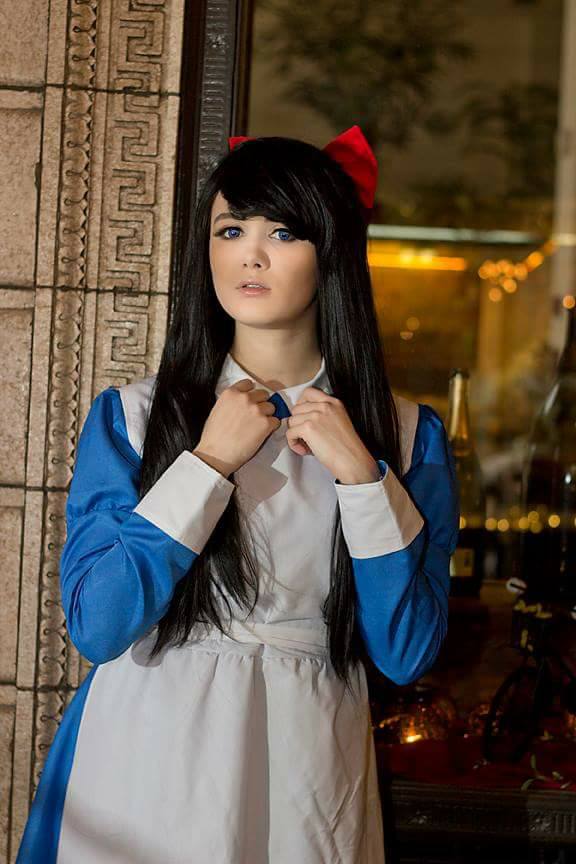 Do you have any other hobbies?

I like to write stories, create art, play video games (especially horror games and RPGs), watch Disney and Barbie movies, aspiring to be a singer and songwriter, makeup, wig collecting, working on game development (slowly), going for walks and bike rides, lying in bed too much, and making kitties happy as can be. 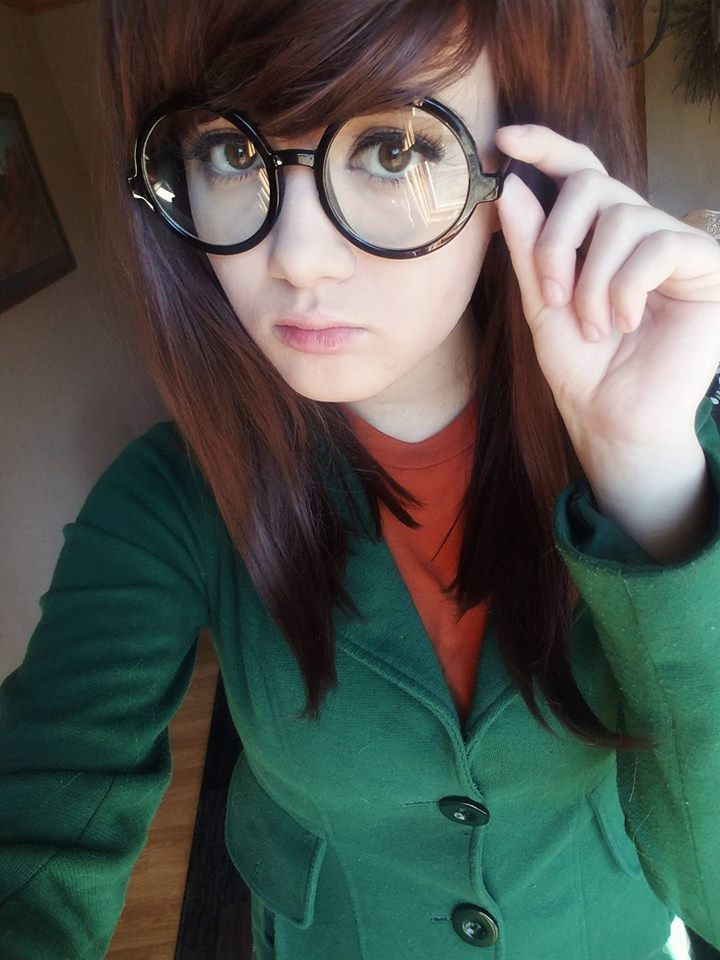 I would work to better education, because the root of many problems, mainly from the US, is poor education. Fixing education would fix many of society’s issues. Sadly, I don’t see too many people advocating for making positive changes in education. 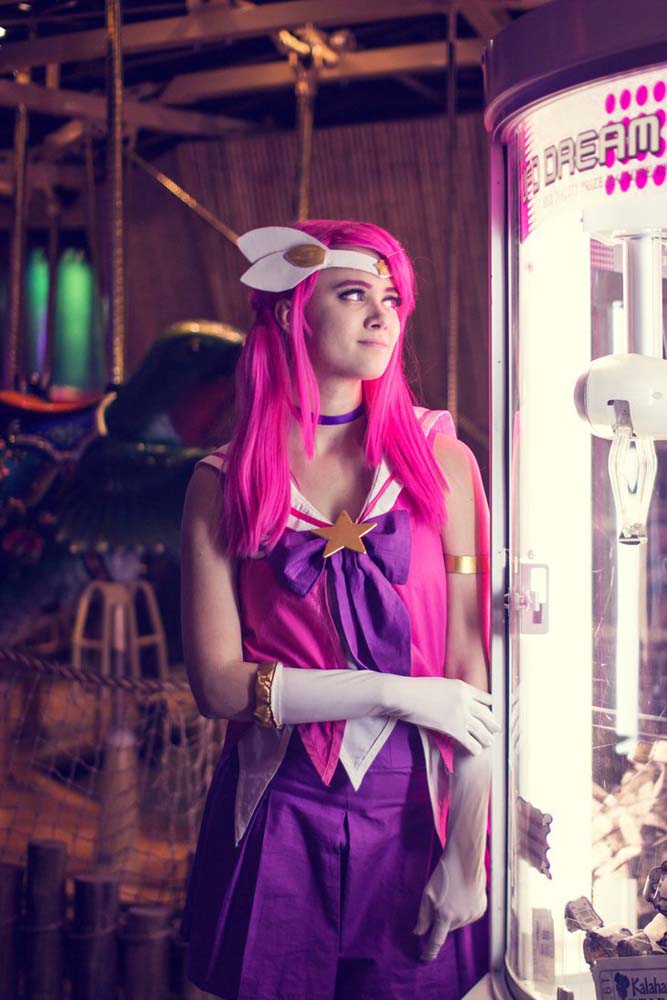 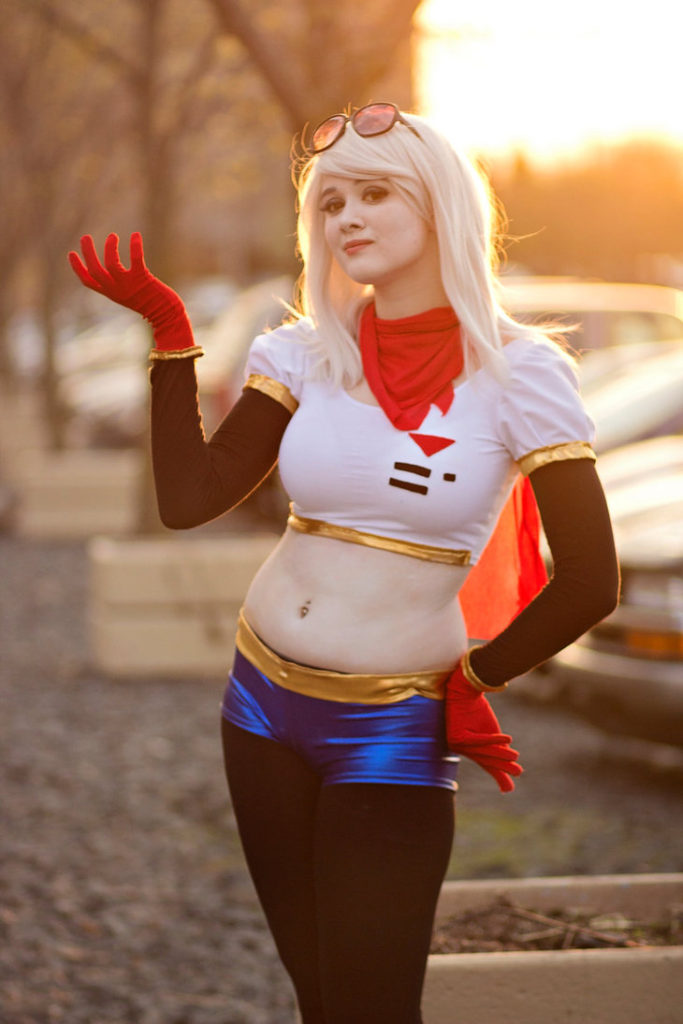 What song would you say best describes you?

This is actually a really tough one..because it changes often. I actually just shuffled my playlist and went to choose the one I feel fits most! Fallen Angels, the ending theme for Panty & Stocking, fits pretty well for me at this current time, I see it as  being about trust and it’s very positive and sweet. Another one would be Duvet by BoA, the opening to Serial Experiments Lain, it’s a bit sadder  but that one fits me at a few points in my life. Also I just love Lain, a LOT. 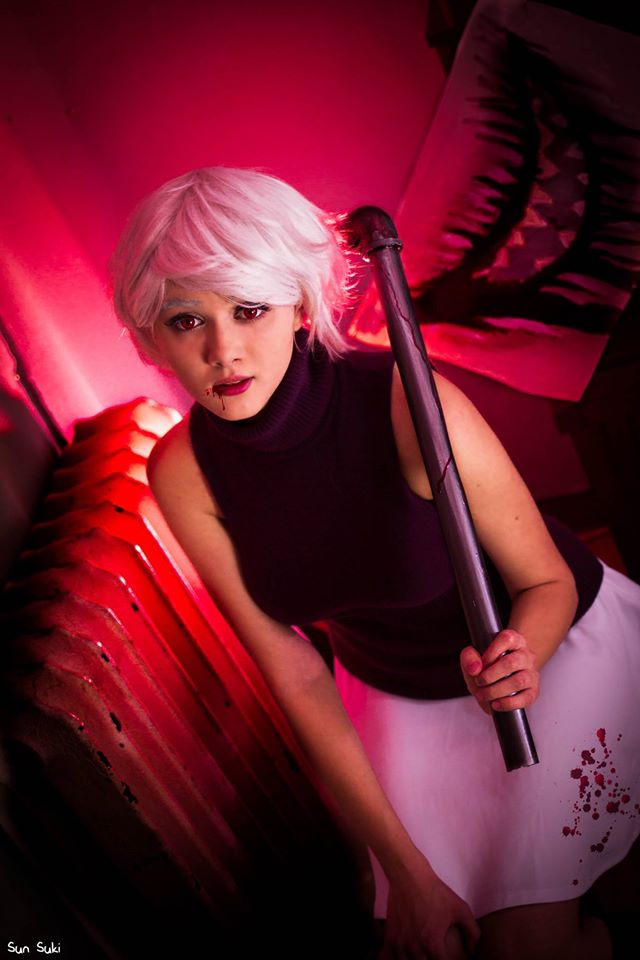 What do you find attractive in the opposite sex?

I’d say, someone who is filled with love and respect for you and someone who wishes your happiness. I’m actually demisexual so I don’t have many preferences on appearances, and my preferences don’t limit me. But, I’d say, average body weight and size, I love dark hair and I really love graying hair a lot, and sweet eyes. And long eyelashes! 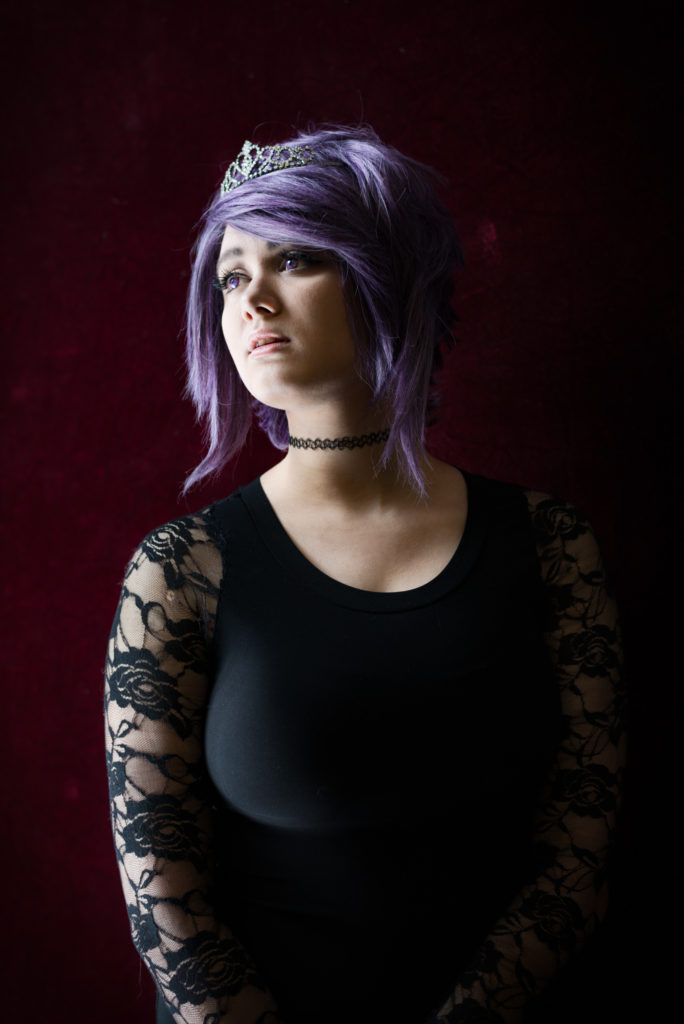 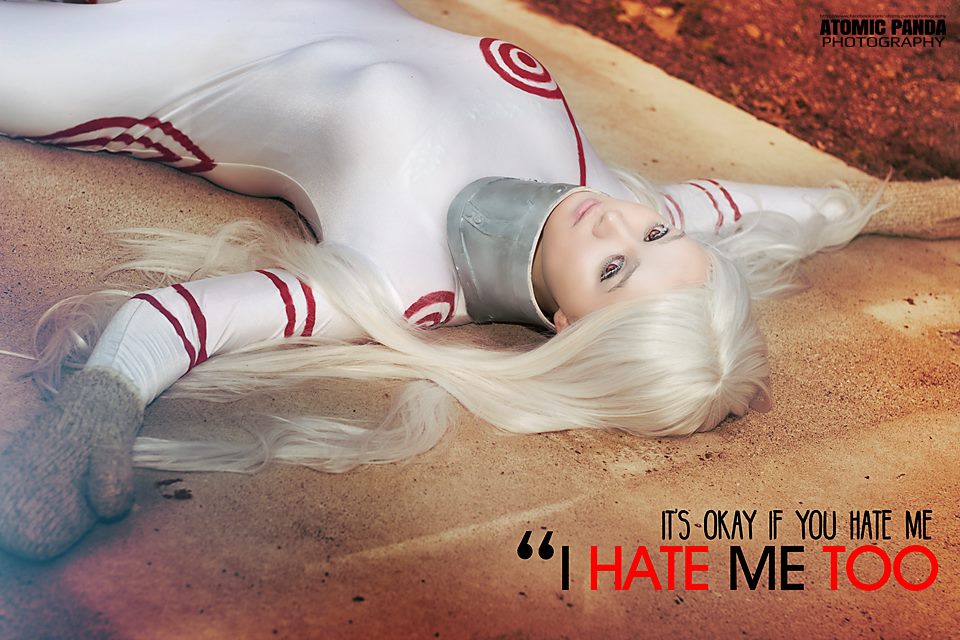 Thank you for taking the time to answer our questions Morgan. One question before we end, how do you define “sexy”?

To me, sexy is about confidence. If a girl or boy is confident in themselves and their bodies, that’s what I find sexy. But to me, it’s more about the attitude and personality.