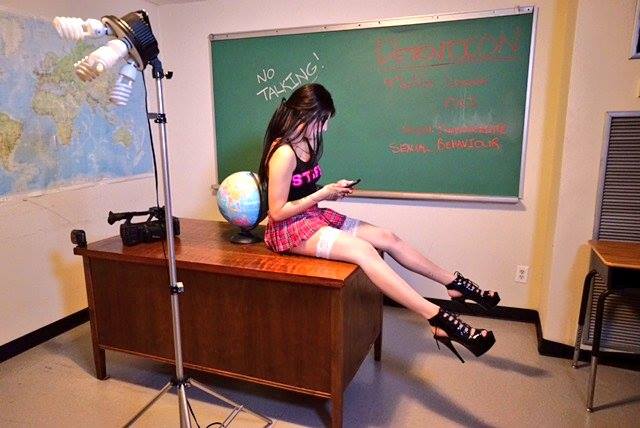 My personal thoughts about sex have grown since being raised to believe that sex should be between a man and woman, and should not be done until marriage. Since working in the sex industry and becoming sexually active two years ago when I was 16, I believe that sex can be whatever you want it to be. Our society has grown from the stigma around sex, and the “logic” that sex is not sex without penetration is fading makes me more open to talking about sex, and not keeping it a secret that sex work is my career choice. To me, sex in the industry is currency, and sex in my personal life is emotion. 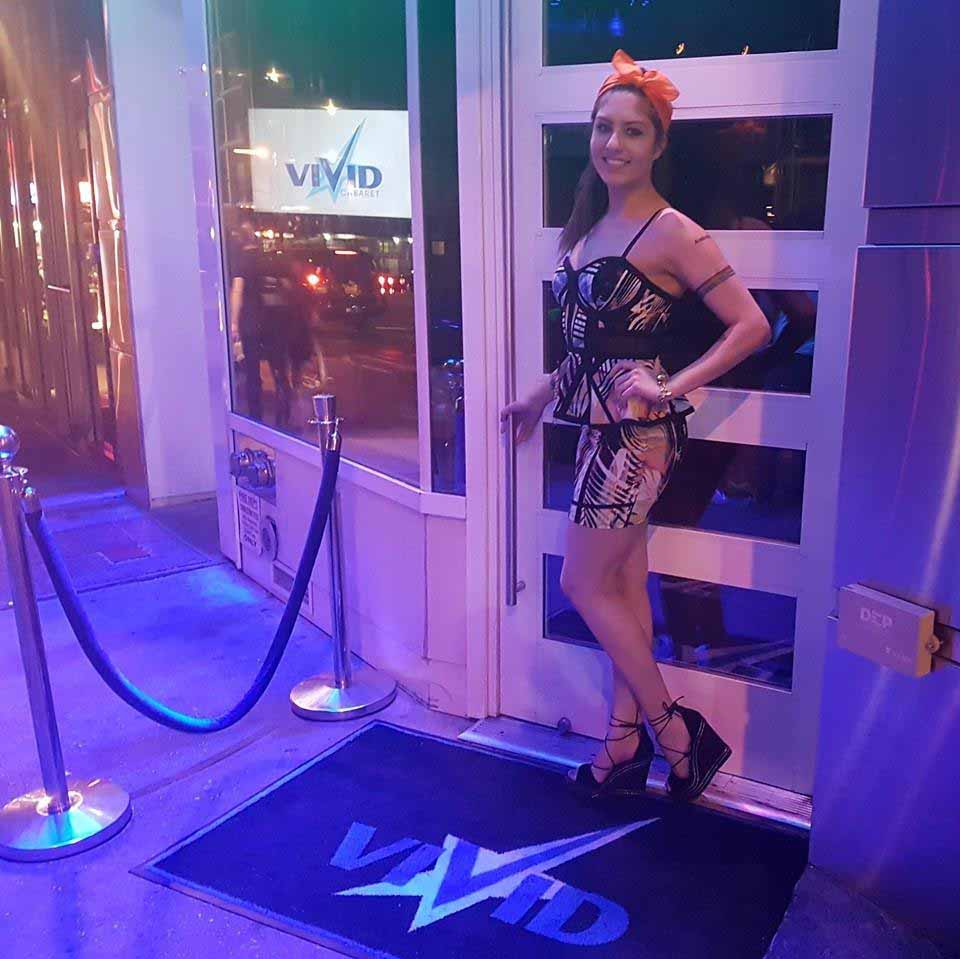 Starting Out Into Sex Work

Not What I Expected

After being a sex worker for 6 months, I started to realize that although movies and TV shows may document sex work, they either showed the horrific and traumatic side, or the luxurious glamour side, there was no in-between. I started noticing that I was conditioning myself to be able to mentally deal with going into work every day, and my patience with clients was decreasing every day.

When I decided that I did not like escorting anymore, the dollar signs that blinded me made me realize what I was missing, girls being manipulated to work on their periods, or seeing agency owners try and take advantage of the girls started to disgust me.  My reality check didn’t really hit me until I found some forms at an agency’s location. The form listed services, and choices to select, one being “dislike but will do”. It confused and repulsed me to think of how somebody left an option to check that lets girls perform services like “fantasy rape” “rimming” and “slapping” even though they do not like to.

The saddest part about these forms, was that the girl who had filled it out, selected “dislike but will do” on way more than one service. I expected there to be negative parts of the industry, I just didn’t expect for me to work for and be associated with those types of agencies. 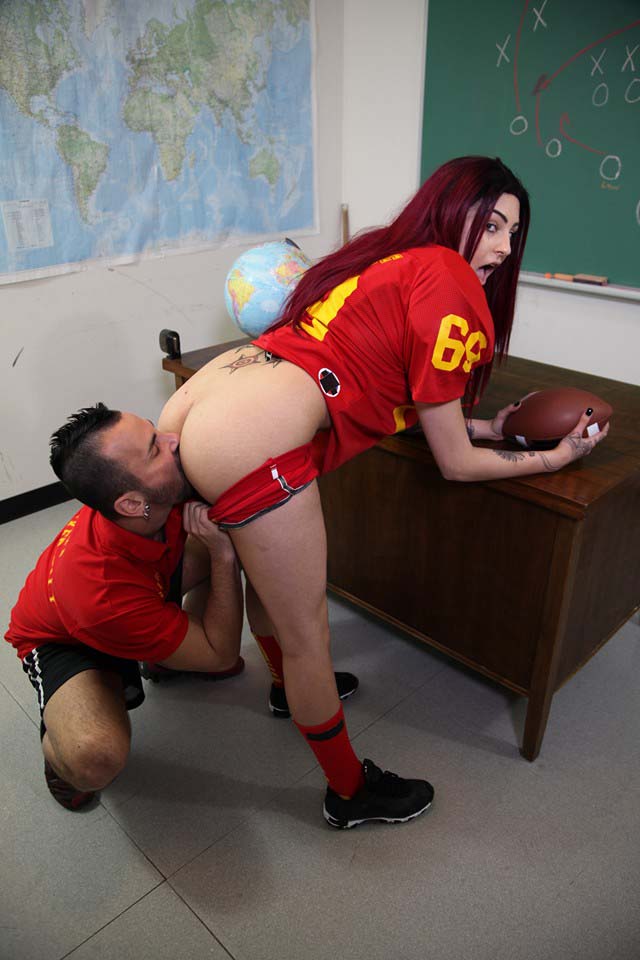 Be Independent Or Join An Agency?

Being an independent escort means booking your own clients, posting your own ads, and exposing yourself to a higher danger risk. Almost all of these agencies are not owned by your average John Doe, and even if they are, I am almost certain that they are associated with the type of people who can provide a high degree of “security”. The only benefits of being an independent escort, include not having to pay your boss a cut of what you make, and not having to be pushed or persuaded into doing services you don’t feel comfortable doing or working more than you want, and even then, there will ALWAYS be at least one client that insists on not using protection, paying the full price, or being aggressive with what they want. Ultimately, the pro’s and con’s of escorting with an agency vs. independent balance out. Neither are safe.

Many of my friends, and even strangers, male and female call, text, email or message me through my social media accounts asking for advice on becoming an escort; my advice always stays the same. You need to be at peace with the fact that at any given moment your family or friends could and most likely will find out that you are a sex worker. Anybody who has second thughts about going into the industry, should not pursue becoming an escort.

I don’t waste my time explaining the dangers of escorting to people to ask me about it, because it’s common sense, that being a prostitute (and yes, I used the P word) is dangerous. I thought being an escort would be my career, and that I could last as an escort. Ultimately I changed paths, while still a sex worker I now work at a spa, where I am free to do whatever service I am comfortable with or no service and just a massage if I please.

I recommend finding an agency that is women owned and operated; it may not make a huge difference for other girls, but it sure did for me. At the end of the day it is a person’s decision whether or not they will be sucked into the sex work industry and it will not take long at all for anyone to realize if sex work is for them or not. 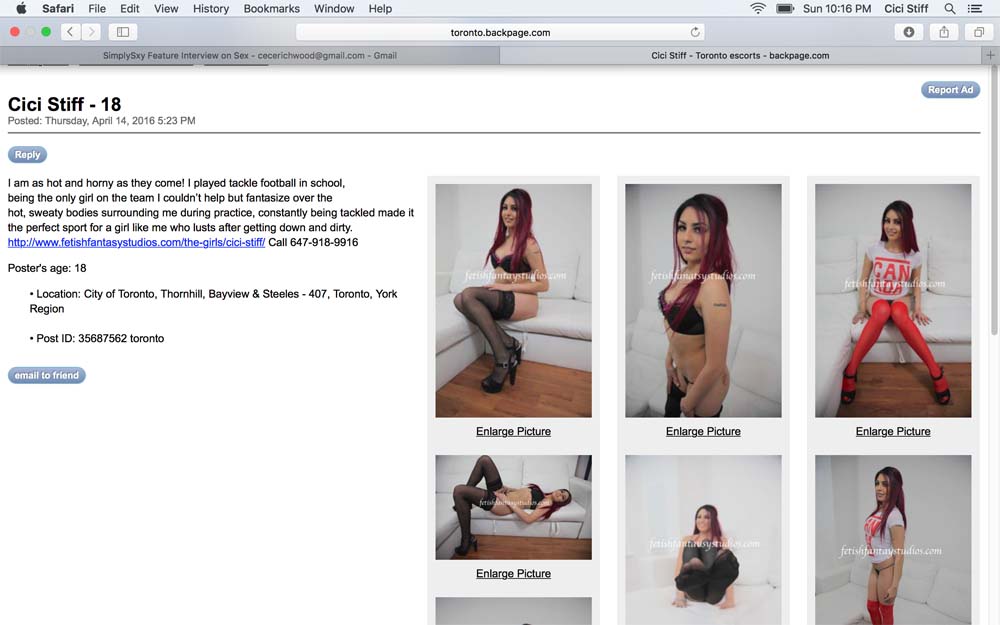 Images courtesy of Cece Richmood
Have an amazing experience or tips you like to share on SimplySxy? Drop us an email at editorial@SimplySxy.com!