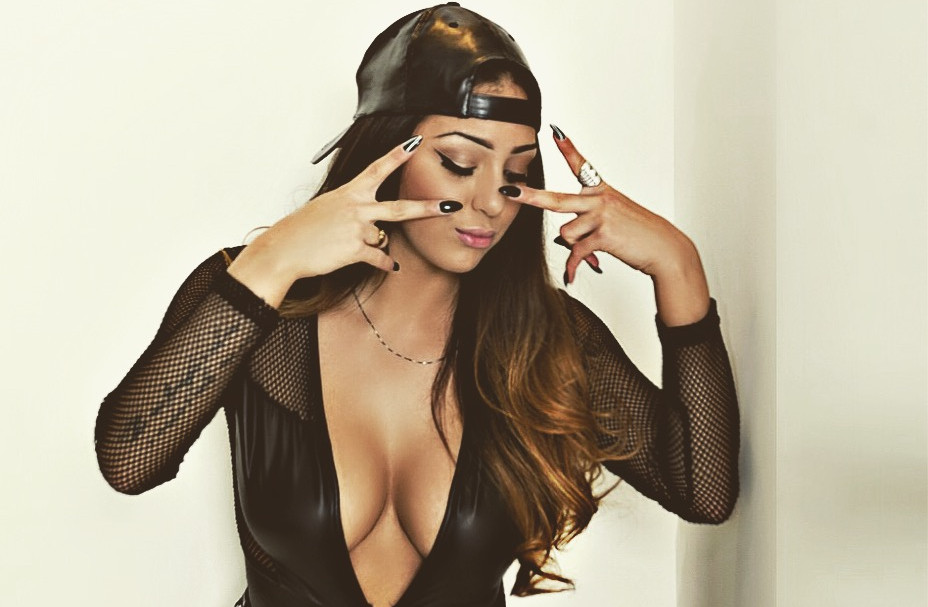 Hi Bella, it’s a great pleasure to feature you on SimplySxy. Please share with our readers a little about yourself and where you’re from?

I want to start by saying, “Thank you for having me!” I am from Toronto, Canada but my nationality is Italian, hence the reason why my name is Bella Ricchi! I grew up on the west end of Toronto, and in the greater Toronto area (GTA). My family is 100% Italian so their traditions and culture made a big impact on my life. But because I come from such a diverse community I have learned so much about other cultures as well, and that has also made me who I am today. 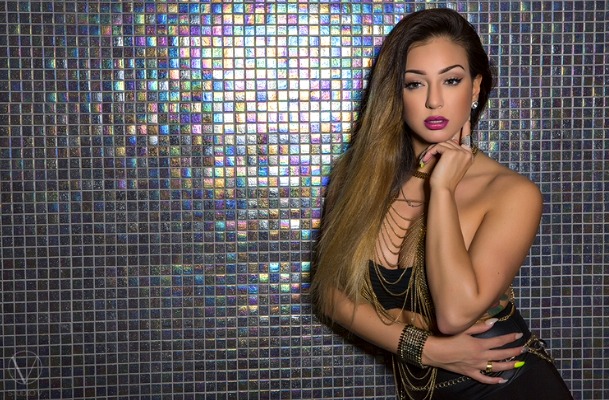 How did your interest in music come about?

I took an interest in making music at a young age. At first, I was actually more fascinated by being on stage and performing the music instead of making it. I grew up listening to all sorts of music which has influenced my style a lot. I can be very diverse. When I was younger I went to dance school for 8 years, and it taught me to be able to pick up any rhythm. It’s helped me in all aspects of my music career thus far. Without having my capability to perform my music well, I don’t think I would have even made it this far. I just knew I wanted to be an entertainer. 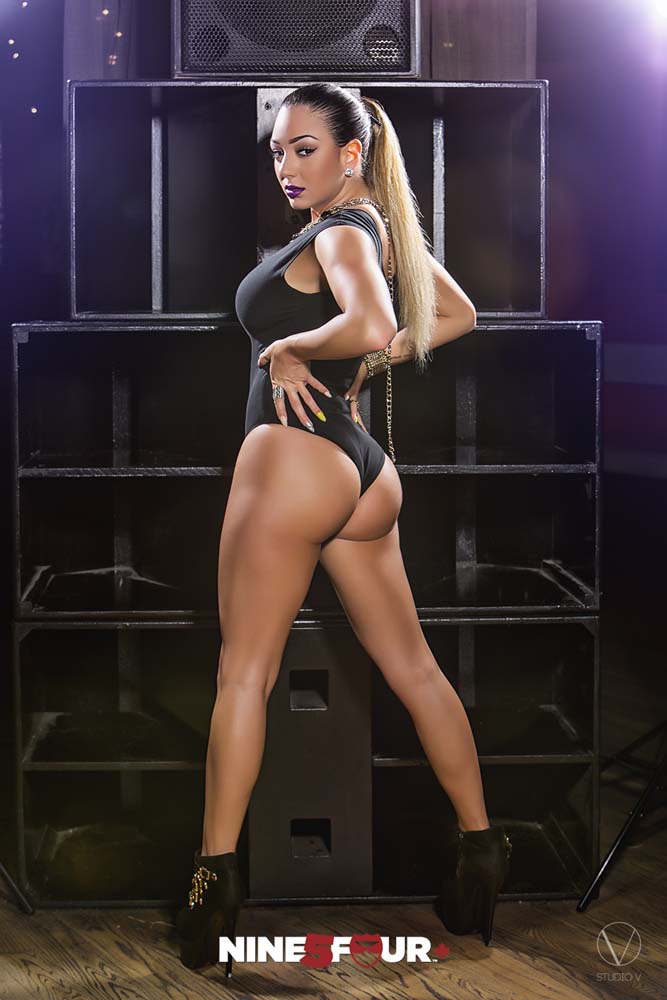 Is there a reason why you love rap and hip hop in particular?

My love for writing, and recording music only came when I took interest to Hip Hop. I never really had the urge to write before. Me and my friend would chat online when I was 13, and we would write raps to diss each other back and forth. I loved the raw underground Hip Hop. It really spoke to me when I was turning into a rebellious teen. I didn’t really come from the ghetto, but for some reason I could relate to their mentality. Some rappers were angry, some boasted about themselves, some told stories, and some just made you want to get fucked up and party, and that’s exactly how I felt growing up listening to Hip Hop. I was angry and didn’t want to be like how the teachers wanted me to act in school. I didn’t like authority, and I just wanted to do my own thing. I turned to drinking and smoking with my friends, in some park or parking lots. That’s when I would share my songs I wrote. Me and my friends, well my “boys” cause I was the only girl who rapped in my whole school, would kick it and rap all night. Next thing you know word spread and I was known as “That chick who raps!” and the love for Hip Hop and making music was born in me. 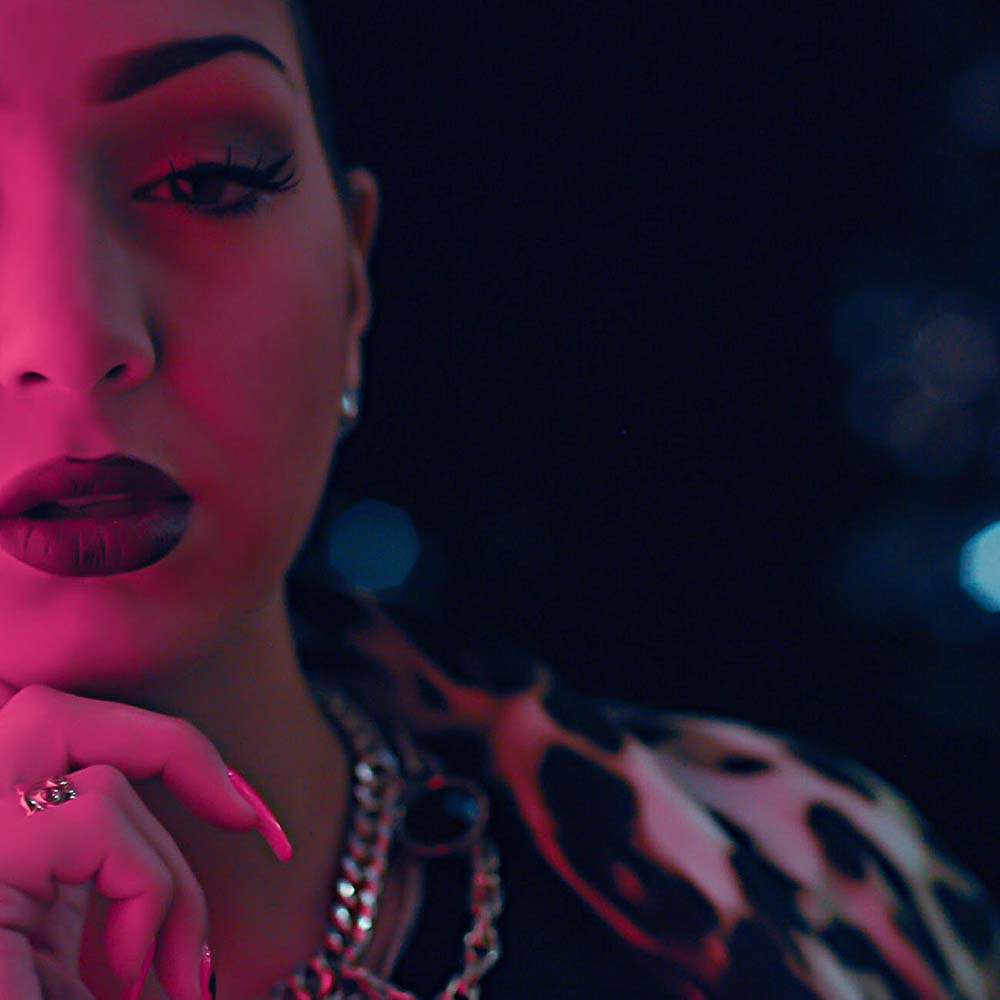 When I see or hear something that exceeds my expectations, or in simple words, “blows my mind” I get inspired. Anything I know that comes from pure, genuine hard work and talent inspires me. 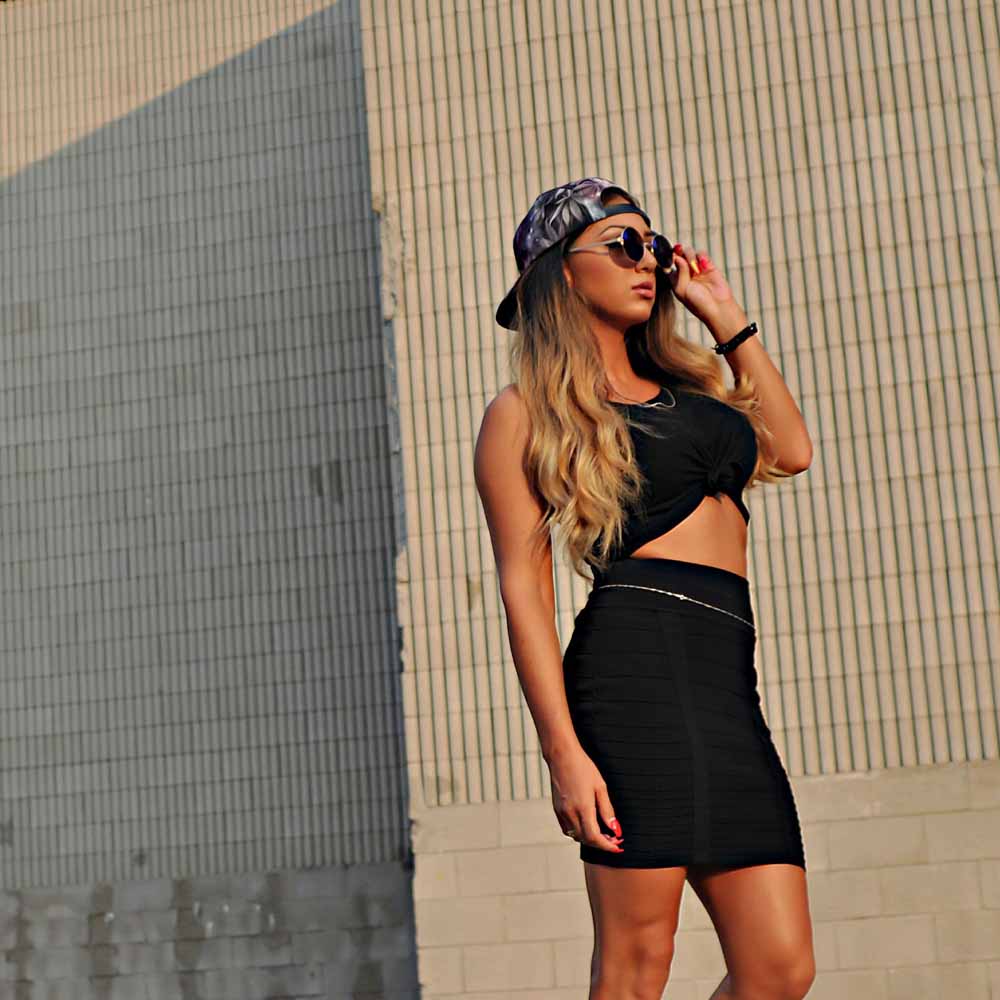 You have a new single coming out next year, can you share with us about it?

Of course! I am so excited for it because it’s been such an exciting process just putting it all together. I connected with the producer, “Niknikateen” from LA on Instagram. I saw he produced for some of my favourite artists & I loved his style. We facetimed each other and that was that. We stayed in touch, and I flew out to LA like a year later and made this song, “CIRCULATE” with him. We had such a blast, I went back two months later and recorded more! I just recently shot the video with the amazing Toronto based video director “Chris Strikes”. I have worked with him on set before when he directed the Kardinal Offishall and Karl Wolf – Turn It Up music video I was one of the main models for, and I thought he was perfect guy for the job. I was so happy to have him direct it. This song is a Booty Shakin TRAP Anthem for the clubs, preferably Strip Clubs! It’s all about making it rain, girls dancing and making their money, and calling out the broke dudes in the club that ain’t spending, because we only want the ballers, of course. LOL 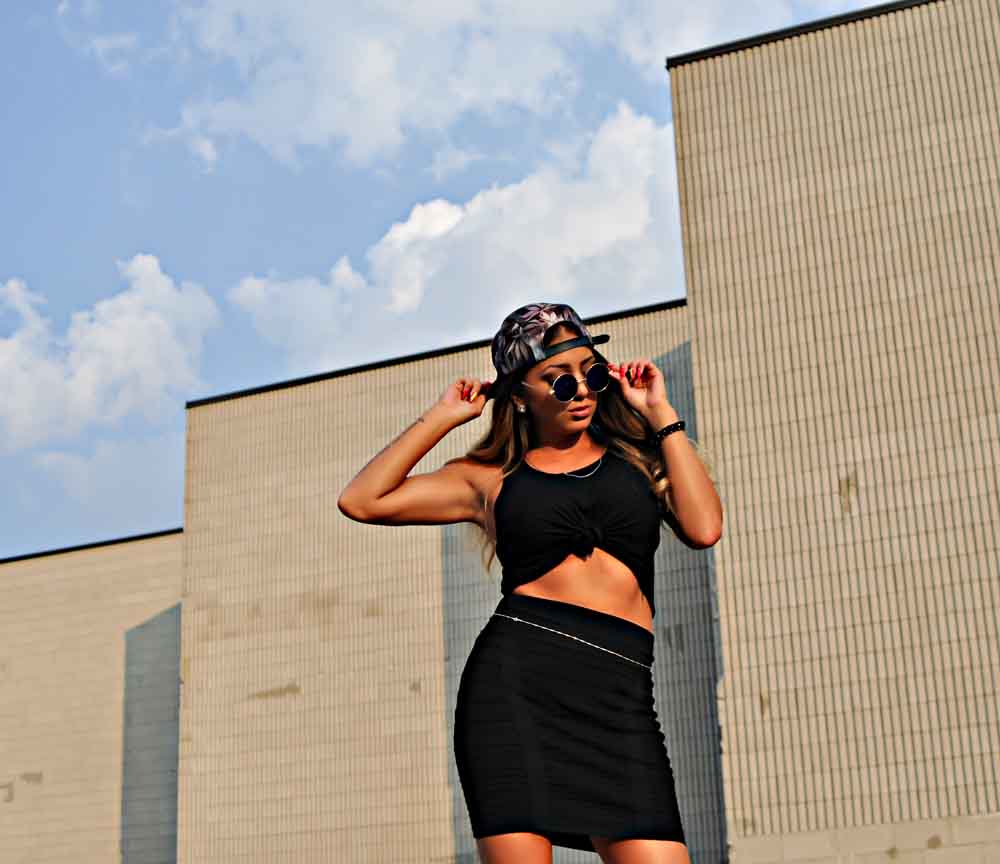 Is there a story behind it?

Of course! So you can just imagine what the video is going to be like. LOL! I don’t want to spoil it but all I gotta say is that it’s going to be hilarious. You’re going to see lots of ass and titties, money flying around, me acting like a boss all around this whole story line that is going to make you laugh your ass off. So stay tuned!!!! 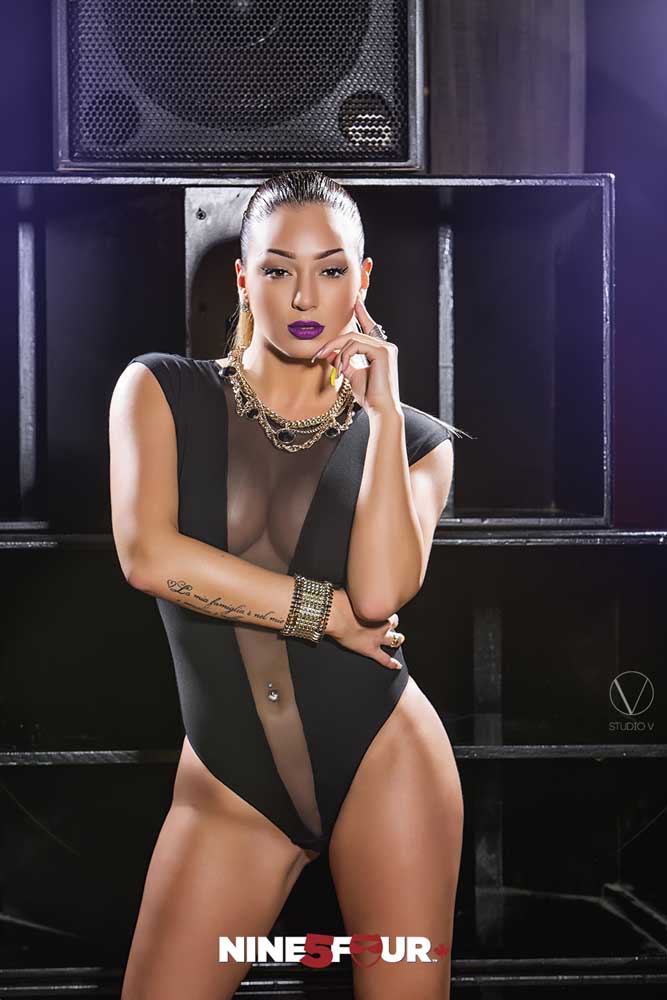 What can fans look forward to your projects in 2016?

I took a step out of the scene for a bit to rebrand myself and take things to a higher level with my music. So a lot has changed for the better and 2016 is looking really exciting. I have some big collaborations coming up in the near future. Not only am I going to be working with some of Cash Money’s producers and writers, I’m flying to Italy to do a project with one of Italy’s biggest Producers and Rap Artists. I also have more singles coming out with these amazing rappers from Brooklyn, New York and another one with my homie NikNikateen from LA. The music will speak for itself so stay on the lookout in the new year.

If you have the opportunity to collaborate with any artiste, past or present, who will it be?

This is tough because there isn’t just one for me. I would probably have to pick someone that I admire greatly like Madonna, or Nicki Minaj, or even someone like Pharrell who has produced some of the best hit records in the world. I’d be happy to collaborate with anyone who inspires me really. 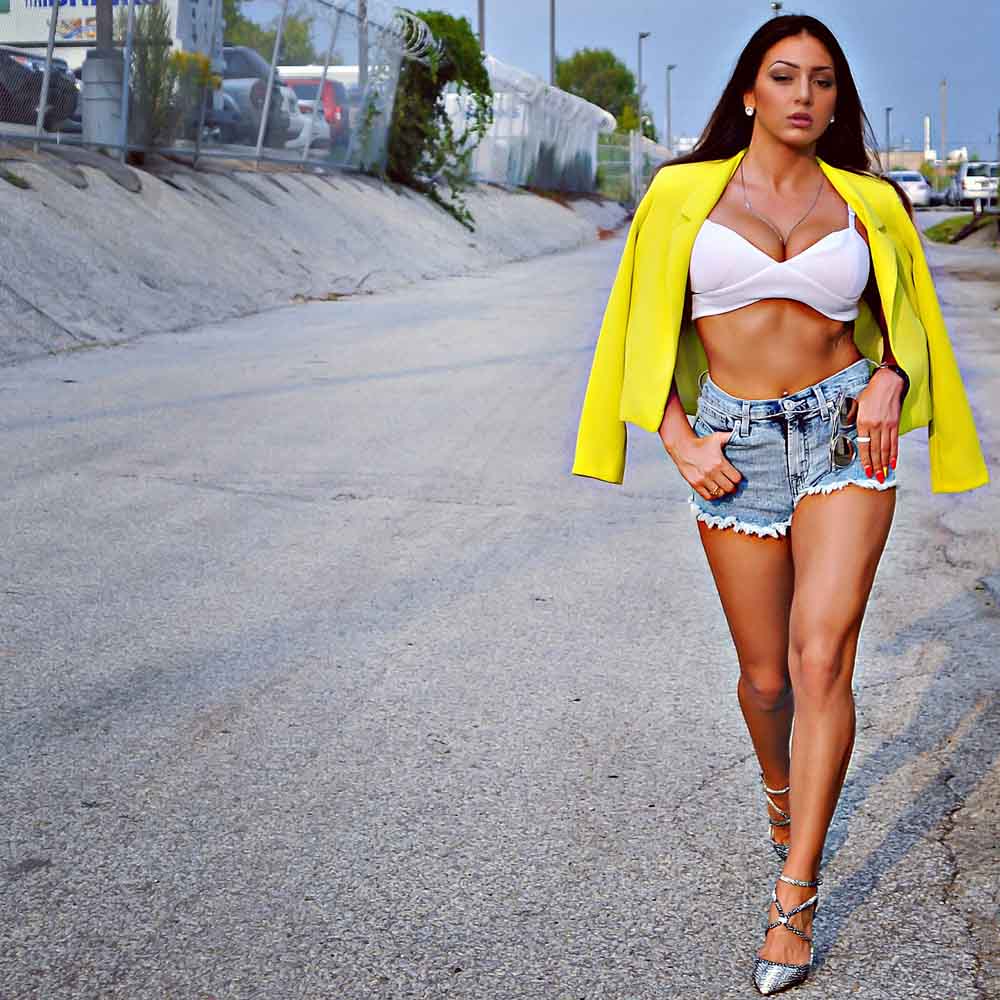 Thank you for taking your time to answer our questions on SimplySxy, Bella. One question before we end, how do you define “sexy”?

Thanks for having me once again. It was my pleasure!

To me, sexy can define many things. Even a car per say. For example a Lamborghini. Anything with over exceptional features could be sexy to someone. But just remember, sexy isn’t everything! If you are beautiful and have the brains to match, now THAT’S sexy 🙂