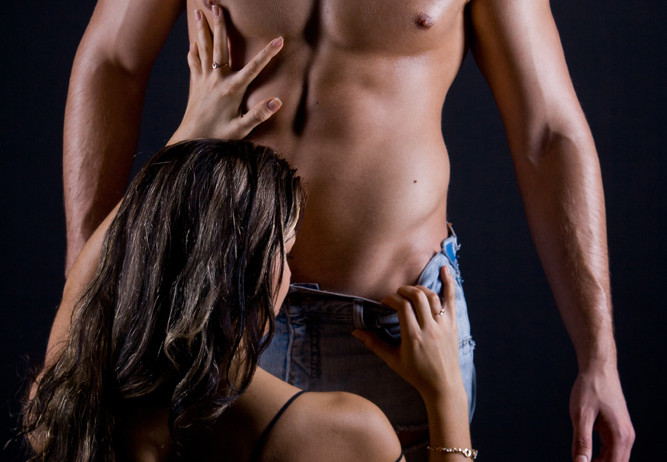 Sex has always been something I’ve loved! And why wouldn’t I?? Why wouldn’t anyone? Sex is Great!! The ability to let go and feel in the moment, along with all the pleasure and excitement that comes with the connection is beyond anything else in this world! I see sex as a way to not only connect on a deeply intimate level with someone you’re attracted to, but also a way of being able to connect with oneself. The exploration of sex is an area with so many possibilities and so much pleasure, not to mention the huge health benefits that are said to come along with sex: Stress release, can help lower blood pressure and can help improve your immune system. Great exercise, and sex, always seems to help me sleep better since relaxation comes easily afterwards!

The one thing with sex that’s not always so much fun is the condom issue. We all know that they’re necessary at times, but how do they make the experience feel? And how can the necessary use of condoms be better? Can you make using a condom a little more fun and not such a show stopper when it comes to being in the moment?

If asked, most people will say, including myself, that sex without a condom is better. The slippery, bare, skin on skin feeling with the right person, along with the psychological bare skin connection is unbeatable! It’s not just you ‘guys’ that feel that way either… We girls love that feeling, too, and because we’re emotional creatures, bare skin sex is a total turn on emotionally as well!! But sometimes, condoms are an absolute must. For those times when you’re with a partner you’re not so familiar with or in a non-committed relationship or chance encounter/hookup, how can the condom requirement become more a part of the experience, rather than a hindrance to the moment? As far as I’m concerned there are 2 key things that need to be addressed in order to create a better experience: the feel of sex with a condom and actually putting a condom on.

First, there’s the ‘feeling’. One thing to remember is that even though you may need to use a condom, the pleasure derived from the experience can still rank up there in the top 10. For example, in a situation where condoms are required, the level of concern you might have if you didn’t use one is lowered considerably, as you don’t have to worry so much about what might ‘come up’ after the fact. Condoms can definitely help put your mind more at ease there, making the moment much more enjoyable. And using the right condom will certainly up the pleasure aspect of the experience for both parties.

While condom type is a personal preference, I’ve found the ultra-thin versions to be a better experience in comparison to regular or ribbed types. But again, that’s my personal preference. While I haven’t tried ALL the varieties out there, I have tried a few and found Trojan Thintensity to be my favorite. I’m sort of a Trojan brand girl, but again, that’s just me. There’s also a latex-free condom from LifeStyles called SKYN that I have tried a few times and found them to be pretty great, too, but as I said, I happen to be more of a Trojan girl. That’s just my ‘brand’ of preference. There are so many different types and brands out there now, that it’s best to find what works for you through experimentation.

Just an FYI: On the news front with condoms, they’re now working on creating condoms that feel even more skin-like using hydrogels (the type of material used in contact lenses and what not), so that’s kind of exciting! While they’re still in the R&D phase of hydrogel use, it’s definitely something to watch for to see what they come up with!

The second very important aspect of using condoms is the act of putting the condom on. That in itself can chop things up and take some of the sexy out of the moment. So the question is: how do you make putting the condom on more part of the moment rather than a proverbial show stopper? It’s all in the technique. This one happens to be for the ladies, but it definitely keeps the motion moving forward without much pause. The only pause would be to get the condom, so have it nearby if at all possible. For you guys, maybe you can ‘suggest’ this one to your girl and see if she’s up for trying it out. One caveat for the technique I’m going to propose… go un-lubricated when possible. The reasons will be obvious as you read on…

First, you’ll want to get your guy hard, or at least a little more than half way, so do what you do the way you do it to get him going… Once he’s there, take the condom out and use your finger to find which way the condom unfolds, all the time, maintaining eye contact with that sexy, I’m going to fuck you look. Once you’ve done that, take the condom and place it right on the inside edge of your lips so that it’s between the inside of your lips and your teeth. Make sure that you place it so that it unrolls into your mouth… then, give him a smile as he’s lying there, or standing there in front of you while you’re on your knees, and take him in your mouth and slowly roll the condom on while you have him there. You’ll most likely have to use your hand as you go down to help roll the condom on, but they never seem to mind that!

Once you’ve got this technique mastered, and know what condom style you like best, the condom experience can be just as satisfying as having sex without one, with the added security and peace of mind knowing that you are both more protected from any unfortunate issues that could come up later. Another tip for condom types if you’re not sure what style to use: The ultra-thin’s are usually a good default choice, just because the guys are most likely going to favor them for more feeling… and more feeling is Always better!!

I’m Jessie Ashlen, a professional, upscale companion/escort for those gentlemen looking for that unique experience that encapsulates the temporary girlfriend, muse, and confidante all in one. Visit the rest of my profile and the links to my sites below!

I’m Jessie Ashlen, a professional, upscale companion/escort for those gentlemen looking for that unique experience that encapsulates the temporary girlfriend, muse, and confidante all in one. I’m also a photographer, graphic & web designer and am currently working on a new VIP Companion website for the upscale ladies and gentlemen who offer the same type of experience to showcase themselves on and connect with those looking for the true VIP experience, not just a service. I also adore animals of all kind and appreciate and respect those who contribute to the betterment of the treatment of animals in this world we live in.