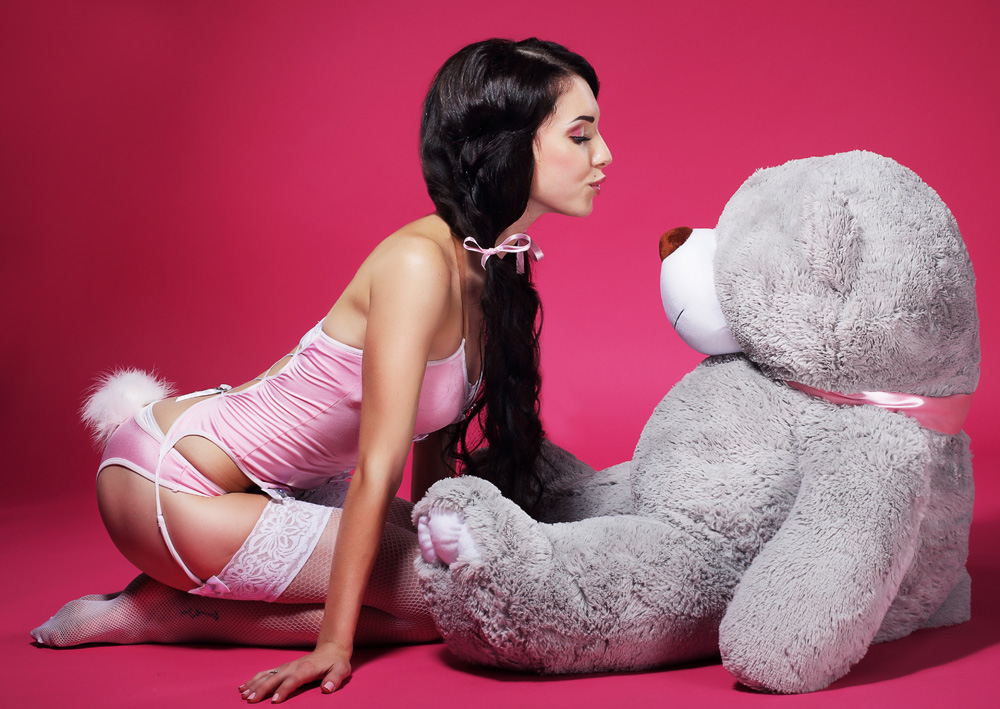 Originally this post should have been just a quick and dirty news. Taboo, the National geographic show about unusual cultures, announced an episode about extreme furries – and about one Pennsylvanian guy known as ‘Boomer’ in particular. This joyous fellow says he feels a special affinity with dogs, that he feels much happier when he behaves like one, thus he spends as much time as possible in the shoes… er… paws of a humanlike bobtail who barks, plays at catching sticks and eats from a bowl.

The idea was to show you the trailer of his interview, crack a couple of jokes about the sexuality of furverts, explain the psychology of other full-time “animalists” like some ponygirls and move on, as I thought this phenomenon was too marginal even for my standards. While I was at it, however, I checked out the latest news from the world of plushies fetishists… and I got really surprised.

This year Anthrocon, the largest convention for furries (that is, anthropomorphized animals) in the world, had over 5,500 attendees – thirteen hundreds of whom proudly paraded in costume on the streets of Pittsburgh. Such figures are way too high to dismiss them without further study, so I read most of the WikiFur – the furries’ Wikipedia, of course – and following one link I ended up at Furries: an inside look. (Find out how to make a documentary https://www.jenreviews.com/how-to-make-a-documentary/)

This nice documentary was shot during another specialized convention, and it contains several interviews with simple enthusiasts and business operators. Their description of the furry world is much less perverse than you could imagine. The Anthrocon organizer even has fun answering a question about sex: «every environment has its creeps » he laughs «but even if we tolerate them we keep them at bay, because the community really just wants to have some innocent fun».

Right. Still, it looks like the simplest Google search turns up an impressive quantity of embarrassing smut – yet according to the enthusiasts the reason for which thousands of people dressed in fursuits meet at these events has nothing to do with sex. «Well, of course we have a sexuality» says an interviewee «but doesn’t everybody have one?»

A great answer. The amount of furry porn available online makes me suspect of some hypocrisy, but I accepted it at face value. Until the umpteenth interview in which they repeated that the appeal of furry fandom is in its nice people, who don’t discriminate those who don’t fit the norm and even support each other. Suddenly I remembered where I heard those statements before. «I feel they are my real family» says one; «I am much more myself when I interact on our specialized websites than in my daily life» confesses another; «There is more creativity at this convention than I normally see in one whole year anywhere else» gloats another yet. And every piece falls in its place, completing a puzzle that had been bothering me for years.

But if this is how things are, this finally explains all the problems of the culture of extreme eroticism! Can it be that there are few furries who actually fuck in their costumes for the same reason for which the BDSMers who attend actual play parties are a minority, or for which fetish is trendy but specialized shops close for lack of customers? May it be so simple? The same type of slightly introverted person who as a teen seek refuge in the conflict-less world of comics and role games get older, and as an adult keeps looking for hypertolerant communities that will effortlessly accept him. Like erotic subcultures, indeed.

One of the most chilling phrases I’ve ever heard was from a famous sexologist, during a conference about paraphilias. «Most pedophiles isn’t really attracted to minors» he explained. «Fact is, they are scared by adults». Or, in other words: those with serious socialization issues express their libido directing it where they find less resistance. The unluckiest ones can end up unleashing it in criminal ways; those who are more informed and know about environments that are welcoming of diversity become part of them instead – not out of a really deep interest, but to feel accepted without having to offer much for it. In the long run they will absorb the culture of the group, but they will always be palpably different from the most serious members.

Alternative sexualities fascinate everyone. They are based on powerful archetypes like domination, transformation, androgyny, asceticism… of course it is easy to feel attracted by them. There is however a huge difference between being driven by a sincere passion (or even just by a healthy curiosity) and by a hypocrite “going for the lesser harm” because you don’t feel up to the normative sexuality and affectivity.

My other doubt is, sadly, how much of Boomer is there in anyone of us, not only in our approach to sex, but towards life in general. I wonder whether a bit of education about unusual sexualities can be the ideal therapy indeed…