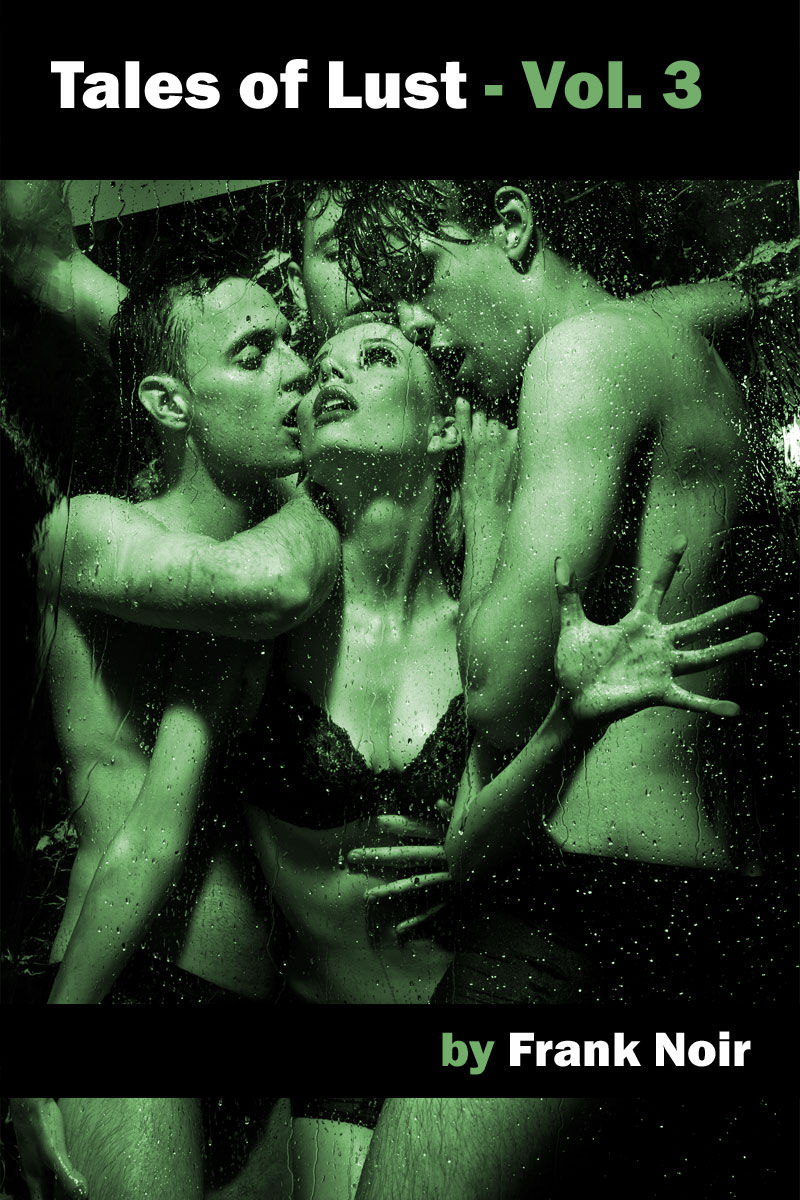 A man tells his wife he just had sex with her best friend, turning both of them on. A woman held hostage by bank robbers realize they care less about the money than about what’s between her legs. A female journalist doing an interview on a construction site is ravaged by the entire workforce.

The elevator car was empty except for a tall blond woman dressed in a dark jacket with a matching short skirt with a handbag slung over her shoulder. Michael recognized her as an executive from the 18th floor – Maria something. Due to her high status, she’d never really paid any attention to him, but as he entered the elevator she nodded politely. The doors closed, and the elevator started going down.

Still, he couldn’t help glancing at Maria – her long blond hair, her long, slim legs revealed by the short skirt. And suddenly, as she adjusted the strap of the handbag, something shiny fell out and rolled across the elevator floor.

Michael knew he was about to do something, he might live to regret, but to hell with that. He slammed his palm against the emergency stop button, and the car stopped with a loud noise and a violent jerk, which almost knocked them off their feet.

“What the hell do you think you’re doing?” Maria shrieked.

“That’s none of your fucking business,” she hissed.

“What if I make it my business?” Michael asked.

Maria didn’t answer right away. Michael examined the sex toy, turning it on. It started vibrating between his fingers with a buzzing noise. He switched it off again.

“Hey,” Michael said. “We’re stuck in this fucking car, and you’d probably like to get off. Am I right? Okay, so now show me that pussy.”

Cursing, Maria pulled off her white silk panties and lifted up her skirt. Her pussy was shaved, completely hairless, showing off her pink labia. Michael felt his cock throbbing in his pants.

Without a word, Michael spun her around, making her face the wall. Then he put one arm around her and held her tight, pressing his torso against her back and grabbing her right breast hard.

“Spread your legs,” he whispered into her ear.

Continue reading and be captivated by the rest of this hot story of The Elevator at http://franknoir.com/books/

Frank Noir is a pornographic author of Scandinavian descent, currently living and working in Berlin, Germany. His writings have appeared in print and online under various pseudonyms. The stories of Frank Noir are graphically sexual, daring to embrace the darker side of our carnal urges. Hard, yet sensual tales of submission and guilty pleasures.