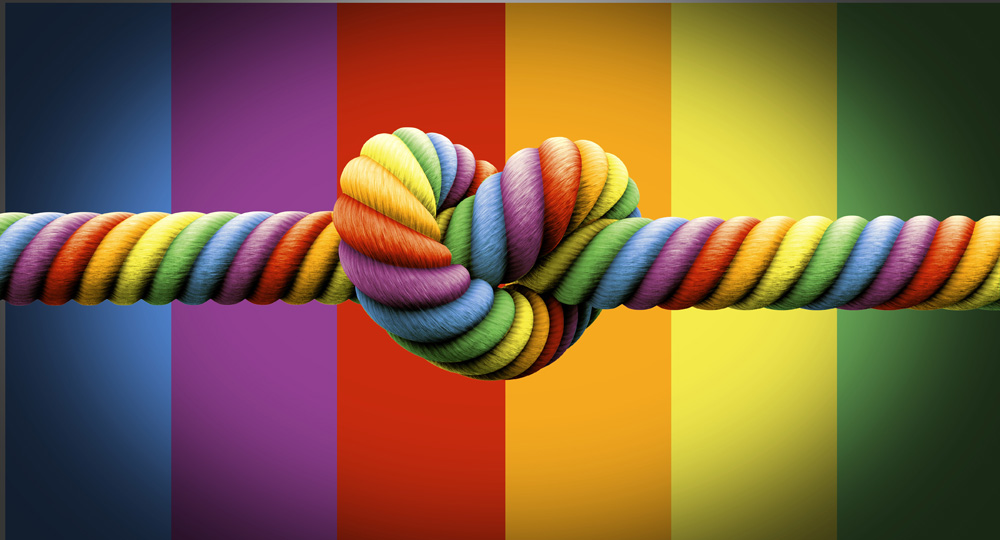 The title of this article alone is going to result in me receiving harsh criticisms from members of the queer community, because over the last five years or so the term ‘privilege’ has become part of an overarching social justice lexicon that serves to highlight the ways in which people are inherently treated better than others in society. This, in my mind, is unarguable. The fact that heterosexual people have rights that queer people do not is proof that society in structured unequally. The fact that people with disabilities and mental illness sufferers cannot access adequate services belies that same inequality. The fact that people of colour are disproportionately found to be the victims of violence, poverty, substance abuse, and incarceration all show that things are not equal. What we benefit from is called ‘homonormativity’.

The usual response? ‘I’m not at fault for that merely because I’m (insert: white, straight, cisgender, able-bodied, etc.)’. It’s a strange response, because at no point does the concept of privilege, as outlined above, lay blame at the feet of any individual. It puts the onus on society as a whole – that society’s values, and the practices, actions, behaviours that stem from those very entrenched values. Any free-thinking, rationally-minded person cannot equivocate blaming a society with blaming an individual. It would seem to me, not that these respondents actually believe they are the sole cause of privileged oppression but rather, that they – subconsciously – feel guilty or defensive for not doing anything about it. In essence, they are not acknowledging their privilege.

The first step is to acknowledge the privileges we both do and do not hold.

I can see that I’m white. I’m not followed around a department store by the suspicious clerk, brow furrowed. I’m able-bodied. I’m not forced to snake my way around campus in a wheel-chair, avoiding stairwells and looking for elevators. I’m male. I’m not scared, walking through the ill-lit streets surrounding my city at night, of being raped. These are all things that make my life immeasurably easier, just because I was born the way I was.

Similarly, I can see where I don’t have privileges. I’m gay. In my country, I cannot marry, though I’ve seen countless friends from my high school posting lovely pictures of their wedding ceremonies and receptions recently (now that we are all hitting our mid-to-late twenties). I come from a working class family. Other kids got the new gaming console for Christmas, or were not made to ‘grow into’ their school uniform, or were bought a car upon hitting seventeen years old. It seems illogical to say that where you are born on the social ladder doesn’t effect how easy or enjoyable parts of your life are.

The Western, adult gay and lesbian community is very privileged. There I said it (and shall await the influx of emails). As a white, gay, man, I’m pretty sure I’m in a good position to state that. Western homosexuals have hit a point in the zeitgeist where we are fairly insulated from overt forms of discrimination and oppression. We do not receive the death penalty or incarceration for our sexuality; we earn almost comparable wages across a diverse range of industries (not being able to marry or have kids also has the upside of giving us higher disposable incomes and less debt, too); we own houses, run companies, garner fame; we are the subculture that has almost literally taken ownership over the male physique and the quest to perfect it (just as we’re assumed to have contributed the most to the female aesthetic through fashion and design). The mainstream, televised, consumed gay lifestyle includes designer clothes, designer hair, designer teeth, designer stubble, designer abs. Our ‘success stories’ are almost invariably white, able-bodied celebrities (Ru Paul being an exception on the white part). It is an incredibly privileged position to be in – if you conform enough to the cultural expectations of being white, male, able-bodied, or upper-class, then being queer doesn’t get in your way anymore.

However, it would seem, it probably means you are not that queer anymore, either.

I understand the keen need people have for acceptance. I get it. Assimilating into the culture around you serves to protect you from a whole lot of the ill will some elements in society direct at queers. It also has the added bonus (*cough* privilege *cough*) of being much more desirable, in terms of looks, wealth, influence, opportunity, respectability.

The harsh reality is that, just as you cannot conform to being straight, other groups cannot be what they are not. You can be ‘straight-acting’ as much as you want, and society will not see you as a threat to long-held beliefs on sexuality; but femininity will continue to be seen as weak. You can use your whiteness against people on Grindr (“No Asians, Blacks, or Arabs”), but a person of colour cannot erase their race. You can use your income to buy a designer life; working class people cannot trick society into thinking they are upper-class. You can fetishise the perfect body, feeding the gym-junkie obsession; but some physically disabled people will never be able to live up to your standard of beauty. Trans women are hit from all sides – not being seen as a ‘real’ man or woman (whatever that means), being described as ‘mentally ill’, and not being able to afford to transition or receive mental health treatment through disproportionate amounts of poverty and employment discrimination.

These are our privileges. Life is at least a little bit easier for you (and me), for no justifiable reason whatsoever other than the luck of birth. It’s kind of our responsibility to, at a bare minimum, acknowledge that. Once we do, we can get onto the real discussion – what to do about it.

Feature image courtesy of Shutterstock
Have an amazing experience or tips you like to share on SimplySxy?  Drop us an email at editorial@SimplySxy.com!

I am a final year Bachelor of Counterterrorism (Criminology major) student from sunny Western Australia, otherwise referred to as ‘Our Little Slice of Texas’. Since 2007, I have taken up a number of positions within activism and welfare organisations, including National Co-Convenor of the Australian Queer Student Network, National Social Media Manager at the Australian Freethought Student Alliance, and President of the Edith Cowan University Student Guild. I’m keenly interested in the intersection of LGBTQ politics with race, class, and gender; and always aim to apply my academic knowledge to the rights of and issues faced by LGBTQ people globally, specifically in the Middle East, Eastern Europe, and Asia.

Choice or fundamental standards of decency?
The Amateur Prostitutes in Japan
Advertisement