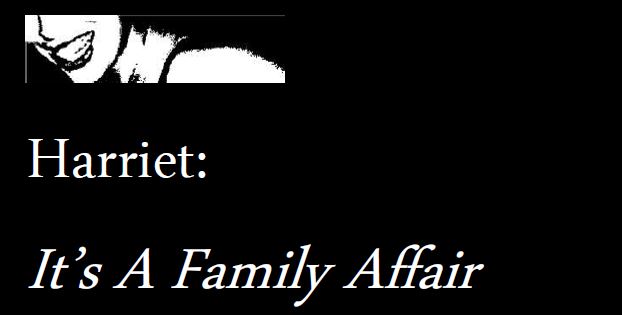 Joan walked up to Benjamin and placed her arms around his neck and kissed him. It was a warm, tender kiss, as if they were in love. Then she pressed her body against his cock.

Joan kissed again, tenderly and with an open mouth, her granddaughter’s boyfriend

“First, I am going to suck that large, hard cock of yours.”

“Nobody in this family sucks dick like I do. Nobody. Not that child you’re seeing now,” Joan hissed dismissively “and certainly not her mother. Nobody.”

“Young man, when you marry this rich it ain’t for love. You’ve got to earn it. Head is a good way to do that.”

Joan took Benjamin’s hand and led him to a wall. She moved a framed picture of her, Harriet and Brenda and pushed a button.

The wall moved silently. It revealed a short hallway with soft lighting.

Joan took Benjamin’s hand and led him to the end of the hall, where she pushed another button.

Another door slid open, revealing a small bedroom. There was a king sized bed, nightstands on each side and another door that led to a washroom.

“Make all the noise you want. The library is not only remote, it’s soundproofed. Trust me.”

Benjamin still maintained silence. He was going to fuck this beautiful older woman. There was nothing to say.

“Get naked, young man.” Benjamin complied. Joan took off her bikini. There were some signs of age. 59 is 59, after all, but the wrinkles were few and Joan didn’t look a whole lot older than her daughter, Harriet.

But not end entirely. Though the number of young men in their 20’s that were attracted to Joan had declined as she got older, Joan had a great deal of experience fucking younger men. It began when her beloved daughter Harriet was in high school and began throwing parties, which were attended by a variety of young, strapping boys. Most of these boys were not attracted to women her age, but some were, and it wasn’t particularly difficult to find which boys these were. They were the ones with tents in their swim trunks when Joan happened to run into them in the kitchen. They were ones who stared at her and tried to drum up lame conversation with her and who enjoyed it when a foxy older broad grabbed their cocks while they were alone in the kitchen, even though anyone, like Harriet – or their girlfriends – for instance, could walk in at any time. It took some planning so innocent, precious Harriet didn’t find out, but Joan got her share of young cock.

Nobody would know. The estate was large and the party was well on the other side and she wasn’t going to tell her guests she had just fucked her granddaughter’s boyfriend. Also, Benjamin could probably be trusted not to go around blabbing about what a great lay Joan was, either. As long as they weren’t gone too long and didn’t waltz back to the party holding hands it was likely no one would miss them. The library, and the servant, had been doing their duty for years.

Joan really did not want to stop sucking Benjamin’s dick. It was insanely hard and thick and long and young, but they didn’t have all day, and Joan desperately wanted the 21-year-old cock in her pussy.

So she rolled over and Benjamin was on top of her before Joan could order it. Her perfume was intoxicating. He kissed her and sucked on her tongue and worked his way down Joan’s neck and before he knew it he was working on Joan’s breasts. They were nice breasts, still firm, still more or less real. The surgery to keep them looking young had been as discreet as it had been expert.

Benjamin worked his way down Joan’s stomach and soon was eating 59-year-old pussy. He liked it, too.

Benjamin tried to explain his older woman tendencies to a buddy once but he didn’t see it. Too bad for him, Benjamin thought, because nobody fucks like an older broad getting young cock. Nobody. And Joan’s pussy tasted just like her granddaughter Brenda’s pussy tasted.

Joan, though, had more patience than her granddaughter. Where Brenda got really worked up really quick, Joan was willing to let Benjamin do his work. It wasn’t expert work, by any means. Benjamin, after all, was a younger man and while in possession of the raw materials required for pleasing a hot older blond, his pussy eating technique, tragically, was more useful for eating corn on the cob. But Joan’s guiding hand provided expert instruction, however and in no time at all Joan had Benjamin eating her out so well she lost count of the number of times she had come.

Benjamin found he had zero moral issues with eating out his girlfriend’s grandmother. None at all. It was rather easy, actually. 38 years was a lot of age difference, but Joan wasn’t Benjamin’s first older blonde. Two, he and Brenda weren’t exactly Couple of the Year and Benjamin thought they probably would be broken up before the holidays.

Joan certainly didn’t care. Her life, while certainly luxurious and not too difficult, had not been particularly satisfying. Like most women, she liked the cock and her late husband had been a dutiful provider, but her husband had been her age.

On Joan’s orders Benjamin stopped eating her pussy and started fucking her.

Read the rest of Harriet: A Family Affair for FREE at http://mallorymalloy.net/HarrietRead.htm

Mallory Malloy is the pen name of a writer who would prefer to remain anonymous. She is an American, however.