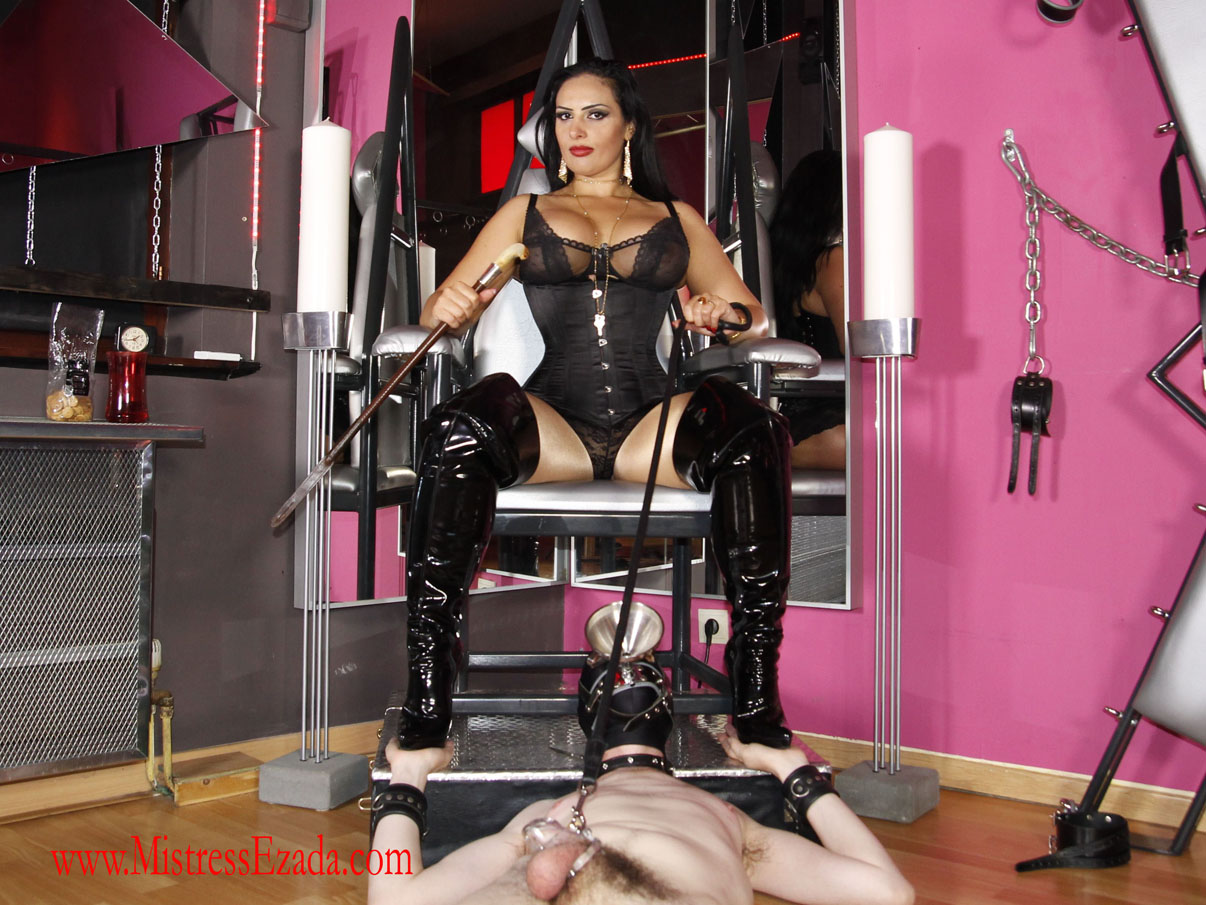 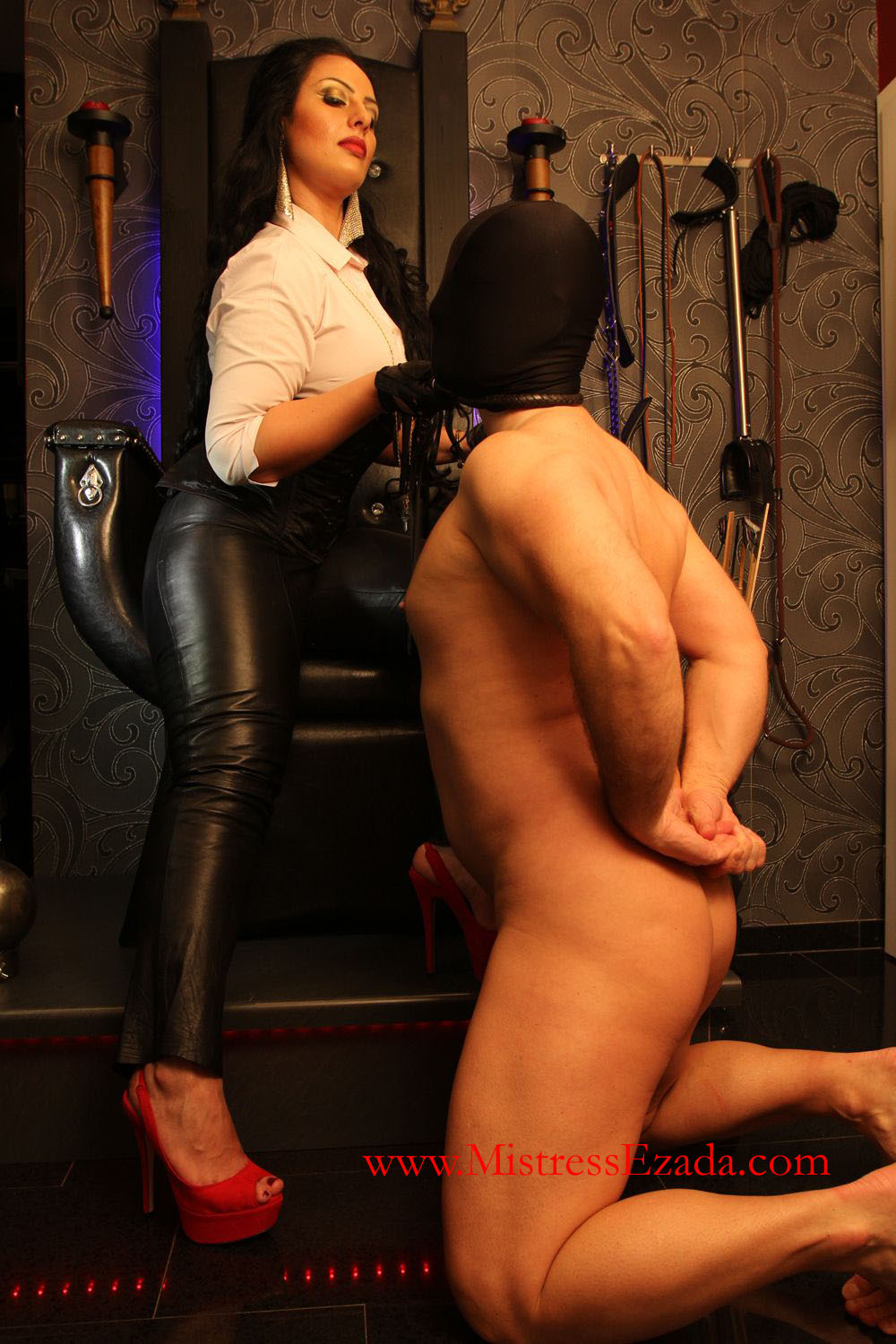 This is not for punishment but for the sake of domination. Controlling my slaves’ cocks, I control their brain and thus, the whole guy. And for me, there is nothing more arousing and exciting than exercising control. Once put into chastity, any man will soon wince at my feet in agony. He will lick my soles begging for release. My dear female readers, the feeling that sight evokes is just devastating and as he is lying there at my feet, trying to make his body express his fathomless adoration, he will never know when he will cum again. There is no chance for him to even influence what lies in my sole discretion. My power over him materializes in the little key hanging on a golden chain around my neck. I might make him ejaculate in the next minute, on next christmas eve or never again. Knowledge is power. That´s why cluelessness is the fate of the slave.

The bliss that lies in this so special form of control is not an exclusive gift for dominatrixes. I think that the concept of orgasm control can spice up any relationship. For the benefit of the female part but not only for her. Believe it or not: Based on my experience I am convinced that it will work out satisfactory for the male too. Even though it might sound weird at first thought. Think back to the days when you were a little child: Don´t you remember how you were looking forward to christmas, to the event, the Christmas tree, the presents? Was looking forward not filling your dreams day and night? “Joy is always in the forecast” they say and I think there is truth in that. The male creature in chastity will phantasize about the bliss of his next orgasm. He will crave for it, he will be filled with anticipation. Just as he was looking forward to the gift giving ceremony on Christmas eve when he still was that little boy who still lives within him. And you will see how much his behaviour will change with this anticipation and with the knowledge that the decision about turning his dreams into reality is up to you. He will become heedful, attentive, considerate. 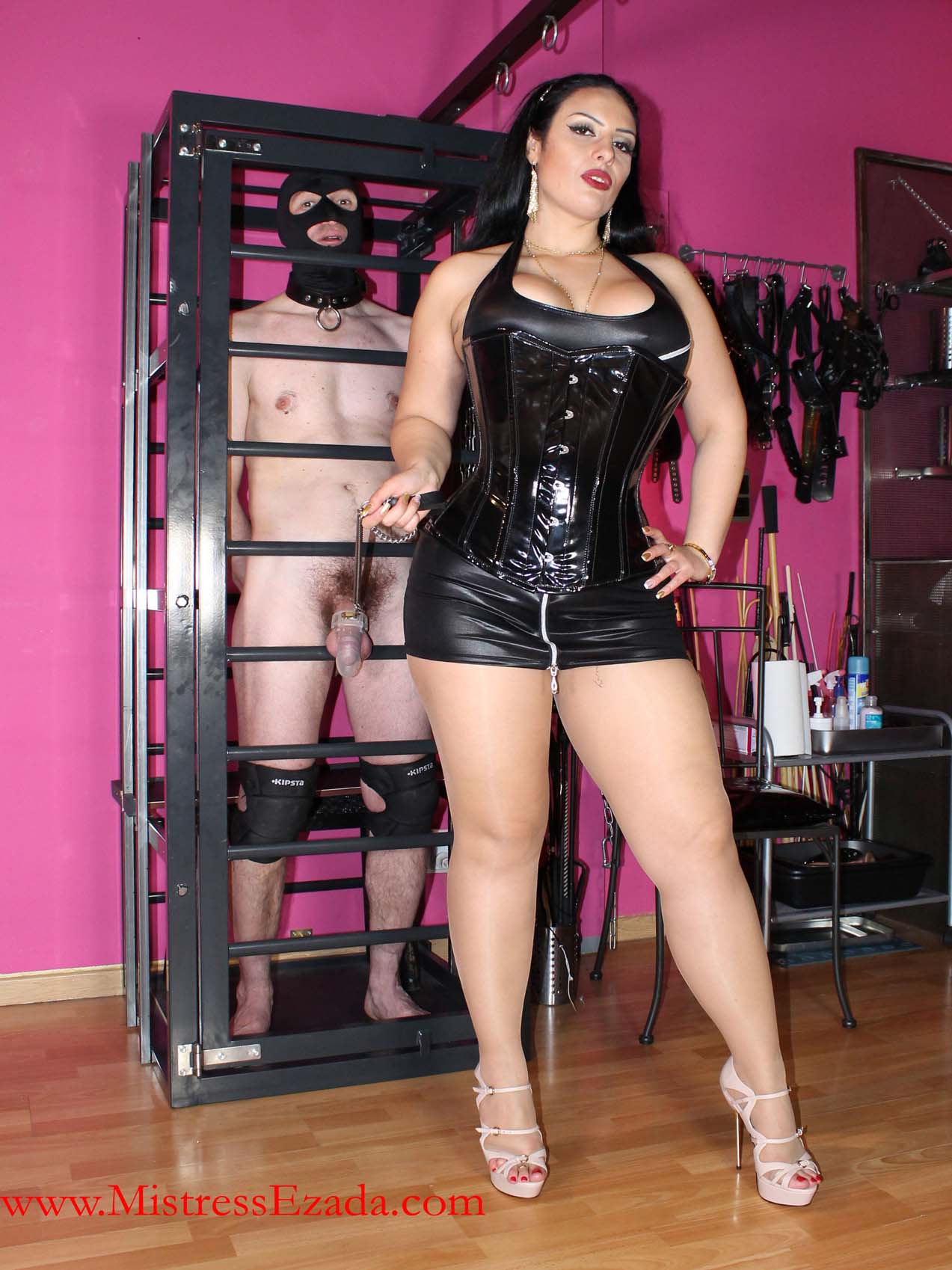 You will hardly recognize the egoistic, lazy couch potato that hung around in your living room; so different now from the sloppy guy for whom the constant availability of sexual satisfaction seemed to be a natural right. We do not cherish what we can have easily, we cherish what we long for and cannot have. That´s sad but its just human. His orgasm was once of course, just an incidental matter for him  Now, it will turn into a rare release that he will appreciate more than ever. And most importantly: His little brain will automatically associate this longing for climax with you.

Then when the big moment is there, he will be so grateful to you that you finally opened him up. He will lick your hands in gratitude with tears in his eyes because he will have understood by then that it is no longer him who takes what he wants whenever he feels like it. But it´s you who deliberately offers him a special gift. Believe me, I have looked into those tear-stained eyes often enough to know what I am talking about. 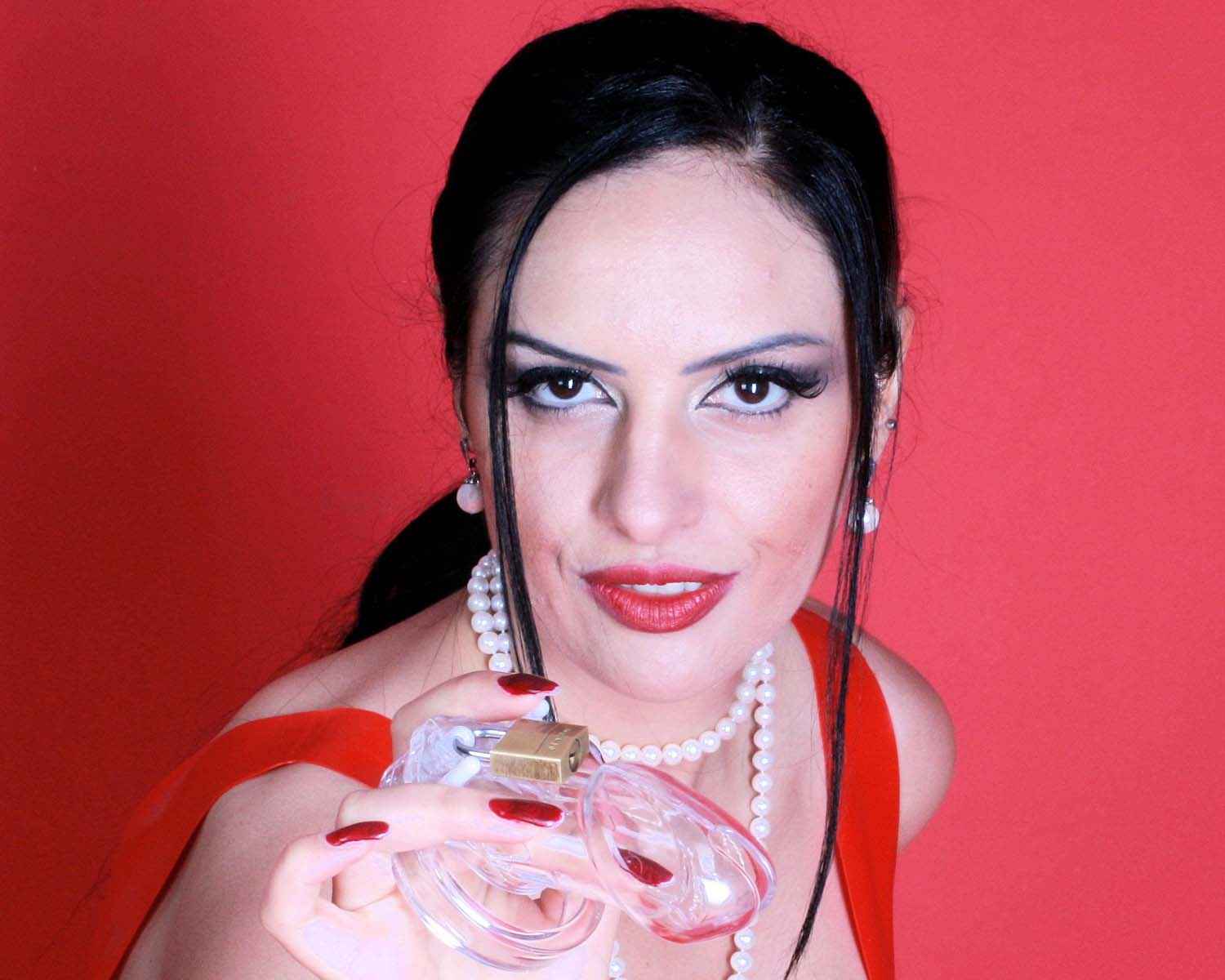 So, my dear readers, why don´t you give it a try? Your life will turn for the better I am sure. Start cautious and slowly. Don´t scare him off. Make a little game out of it first. Offer him a special treatment when he manages to wear the belt over the weekend. Reward him in the beginning and troke his cock in the harness more often than you did in the past when it hung loose. Rub your thighs against it. Dress up nice and tight whenever he is in chastity. Get him accustomed to the feeling. Then slowly start extending the terms. Longer and longer … Make him wear the belt every night first, then on weekdays too. Take it step by step. You will see by then that it will develop on its own and further and further … and before he even realized it, he will be caught like a fly in the spider’s web.

And, ladies, shhhh, don´t tell them: female supremacy will not arrive out of the blue. It will come in many little steps. This is one of them. And it is not the least.

All images courtesy of Mistress Ezada
Join SimplySxy’s forum discussions now on Society
Do not miss another article on SimplySxy!  Follow us on Facebook and Twitter for our latest updates!

So … have you been Naughty or Nice this year?
Scooby Doo made me fall in love with Bondage
Advertisement