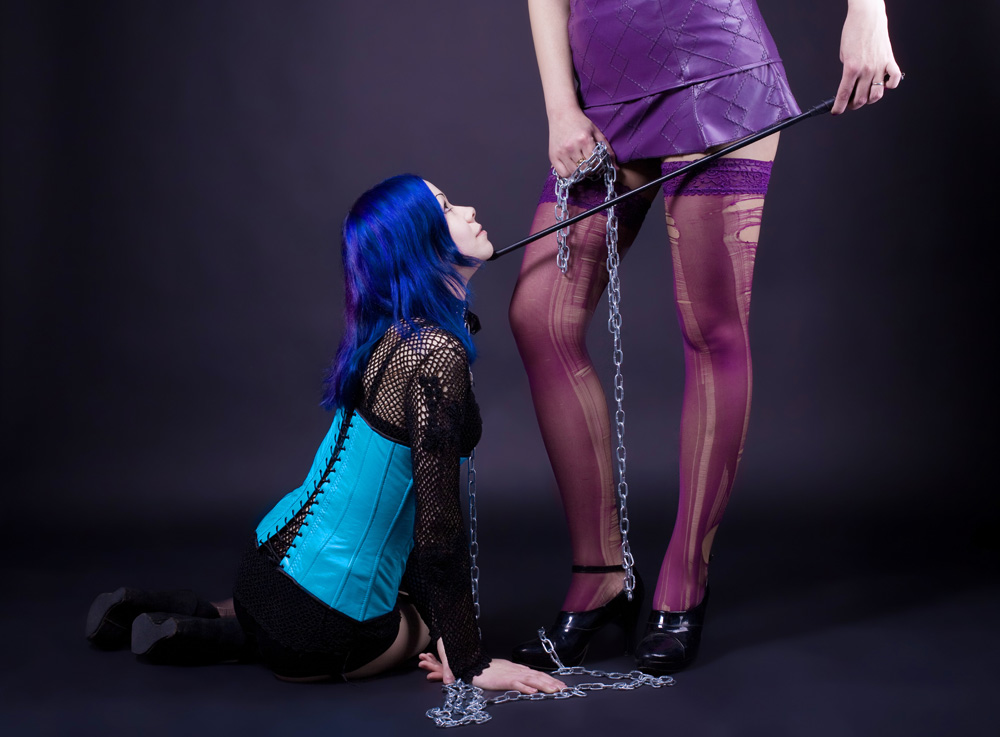 Discipline is one of the most important aspects of the D/s lifestyle. Keyed into the dynamic between a mistress and a slave or submissive in the lifestyle is the need for obedience. This is such a fundamental part of what we do that there are several kinks based around the concepts of ‘service submission’—someone who gains pleasure from serving other, more dominant people. In an ideal world, all submissives and slaves would be like this, willing to do whatever the dominant requires of them and gaining their pleasure from this service.

However, as should be obvious, this is not an ideal world and the majority of submissives need to be taught the error of their ways before aspiring to perfection in their submission. This is why we need punishment.

Done correctly, punishment should be a means by which a dominant helps a submissive to learn how to serve them better. There should be structure, meaning, and an educational goal. It should not be issued without reason and the submissive needs to know why they are being punished. It also needs to avoid the inherent complications of the D/s lifestyle which mostly revolve around the existence of masochists—those who gain sexual pleasure from pain.

Masochist: Hurt me
Sadist: No.

The simple fact is that a masochist desires to be hurt and may therefore invite punishment. This makes the use of physical punishment—both the traditional image of crops and whips as well as the use of clamps and other means of torture such as electroplay—somewhat pointless. The masochist will actively seek out such activities so if the dominant makes them punishments for misbehaviour, they should not be surprised to see more misbehaviour.

And truth be told, it is not just masochists who have this problem. Whatever punishment you devise, there is likely a kinkster who gets off on it in some way. There are subs who enjoy humiliation, cross dressing, bondage, watersports, SCAT, a whole host of activities that the majority may not find pleasant but which they find intensely satisfying. There are even those who simply enjoy doing something because a mistress told them to do it, whatever that thing might be.

This dilemma can be easily solved by making the punishments individual to a sub or slave. It also requires that a dominant separates the concept of punishment from that of funishment—which may be defined as actions which may be seen as ‘punishment’ performed purely for fun. If you are playing with a sub or have some reason to reward them for good work, you might choose to ‘punish’ them with something fun—a funishment. If, on the other hand, you genuinely want to teach them a lesson, then you punish them with something they do not enjoy.

This does require getting to know your submissive first. You can do this in a number of ways such as one of the many BDSM checklists out there or simply getting them to tell you what they like and don’t like. Some dominants set new potential submissives writing tasks as part of this ‘getting to know you period’. The aim here is to establish lists of activities which need to be organised as ‘things they enjoy’, ‘things they do not enjoy but will do’ and ‘things they will never do’ (which are sometimes referred to as limits and can be split into hard and soft according to your preference). At which point, with only a little extra work, you have a list of funishments (things they enjoy) and a list of punishments (things they do not enjoy but will do).

Using this method, it is easy to see that there are many activities which can be used as punishment beyond the somewhat clichéd ‘corporal punishment’ range of spankings, whips and crops. Because of the predominance of masochists in the lifestyle, these methods are actually more often less effective as punishments but very useful in funishment. Though there are some non-masochists on the scene, most subs are to a greater or lesser extent, lovers of pain. It is up to the dominant to establish exactly how far they are willing to go with that pain before it gets too much for them—is there a line beyond which it moves from fun to punishment? Is that line beyond the point where the dominant can deliver it without harming themselves (from stress and strain on their whipping muscles) or hurting the sub in any permanent way? With some masochists you are better off looking to other methods.

Humiliation is also a common method of punishment. This might be something as simple as name calling. Some dominants have pet names for their subs and sometimes they might have one affectionate pet name used in the majority of cases and one that is insulting or belittling to use to show displeasure. You can also stage more elaborate humiliations such as forcing a sub to be naked or to cross dress. Telling a female sub to go without knickers for a day while at work or doing other day to day things can, in some cases, be very effective in humiliating her while making a male sub wear female underwear can have a similar effect. You can add a level of escalation to this as well. For a female sub, start by allowing them free choice in what they wear but if they misbehave again, a skirt must be worn and that skirt can get shorter. For male subs, you might start with just a pair of female knickers and even make those relatively plain such that they could easily be mistaken for Y fronts, but you can progress onto frillier, more feminine and more revealing underwear and also add bras, stockings or tights and other layers of underwear. This form of humiliation is effective as it is something private only you and the sub know but they are always aware of it and concerned that someone will find out.

Actual public humiliation is a controversial issue because of the issues of consent. Whether you follow Safe Sane Consensual (SSC) or Risk Aware Consensual Kink (RACK) you have to be sensitive to the fact that the public will not have consented to being exposed to any kink you perform. Plus a lot of it can get your sub arrested. Public humiliation is best kept to play parties or other spaces where everyone is kink friendly. Though, of course, you do not necessarily have to tell the sub that it is a kink friendly place. There are also little things that can be done in public which are humiliating because the sub is aware of them but the general public are not. For example, having a male sub always sit to use the toilet, regardless of what they are doing, making sure to remind them that they should ‘pee like a girl’ from now on. Having your male sub wear clothing which is unisex or slightly feminine but still plausible for a man to be wearing is another way. A blouse instead of a shirt, female cut jeans instead of straight cut male ones. These little touches are unlikely to be noticed by casual observers but both you and the sub know they are there.

In all, whether you punish or funish, there are a lot of options for showing a submissive the error of their ways beyond just whipping them.

You may also like...
Related Topics:BDSM, kink, Sex, Sex Education

Mistress Elise James loves nothing more than to torment and interrogate you and have you admit your deepest dark places to her. She is available for bookings at a fully equipped dungeon in manchester or for home visits to personally terrorise and humiliate you in your own comfort zone. Visit her website and links below to find out more!