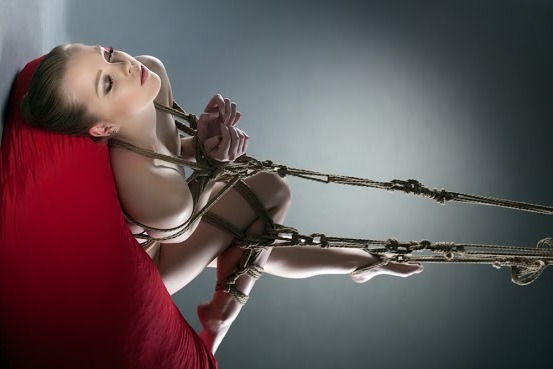 5. Wedgies! Yes, I said wedgies. I usually do these clips with another girl and we set up different scenarios where we would give each other a good old fashioned wedgie. We’ll buy big, oversized, granny panties so we can stretch them to the max and wedgie each other as high and hard as we can. The atomic wedgie is probably the most requested: that’s where we’ll actually pull the underwear from the back and pull it completely over our faces. Wedgies aren’t just for the playground in middle school anymore! My favorite wedgie clip was with myself and Briella Jaden, we were sisters and fighting over a two timing boyfriend, whoever gave the best wedgie got to keep the boyfriend.

4.  Foot Worship! Feet are a huge fetish in the community and they can really go a long way anyway. It can be something super simple like nice manicured toes and spreading them or sucking them yourself to shoving your feet into someone else’s face or mouth to talking about how stinky and dirty your feet are. I like my feet so I have no problem putting them in my mouth, but it gets a little different when you have someone else’s foot coming at your face. I shot a cool foot fetish/bondage clip with a few girls. I was an office bitch and they kidnapped me, hog tied me and made me smell and suck their feet/toes. I got double timed on that one.

3. Tickling! This one is a barrel of laughs. Tons of different avenues with tickling and you can combine other fetishes into it, like feet for example. Lots of props can be used with this fetish too, such as feathers, hairbrushes, prickly rollers, hands obviously. The bigger the belly laugh when you’re being tickled, the better! I shot a short film of foot tickling with Terra Mizu where we had to tickle each other to get intelligence about the other’s dark companies and who really was the enemy. Check out Legends of the Dark Plume! www.FTKLTickling.com

2. Wrestling! Wrestling and boxing are a really sought after fetish and one of my top favorites to do. It’s a real, hardcore workout, the moves and holds are real and intense. I’ve wrestled with guys and girls before and it’s no joke. Head locks and scissor holds are probably the most popular! The last wrestling clip that I did was with two other girls and we tag teamed each other until we tapped. I had one of the girls in a standing scissor and she just shot right up with me on her shoulders … I thought for sure that I was going down but it was more of a blooper reel catch than anything else.

1. My all time favorite fetish is bondage!! Hands down the best thing I do. I love being tied up and restrained. There is an element of danger to it that really gets your adrenaline going, but there is technique to tying someone up. Your hands and feet get tingly and numb and you actually get ligature marks where the ties were. It’s almost taboo, because when I leave a shoot if I go somewhere afterwards with marks on me and I always wonder if people see and are curious about where these marks came from. I take this one over into my personal life as well so it holds a special place in my heart. I’ve been tied in every position you can imagine and with all sorts or different appliances: rope, cable wire, electrical cords, chains, zip ties (those hurt like hell) … I was accidentally stabbed in the shoulder during a zip tie clip, it was a complete accident obviously but I was faced down, hog tied and gagged and the girl I was working with clipped the end of the zip tie by my shoulder and it was so sharp that it cut me and I was bleeding everywhere but couldn’t say anything til after we were done filming because I was gagged. We still joke about it with each other.

You may also like...
Related Topics:kink, Sex, Sex Education

Kelly Cummins, adult and fetish model. As for my fetish clips...I've been shooting under the umbrella of several different producers for the past year and videos can be found on Clips4Sale...check Briella Jaden and Naughty Ties for my most recent stuff, but I'm going to be starting my own store by the beginning of 2015. I also have been guest co-hosting a radio show on BRN call Sex Talk with a Dirty Girl...it's on Friday 12-2 ET on BubbaRadio Network, Radio IO. You can follow me on Twitter @kellyfetishxxx to see what I'm up to next and last but not least I run a cam show during the week on Streamate.com, you can find me with user name Cum_So_Good!