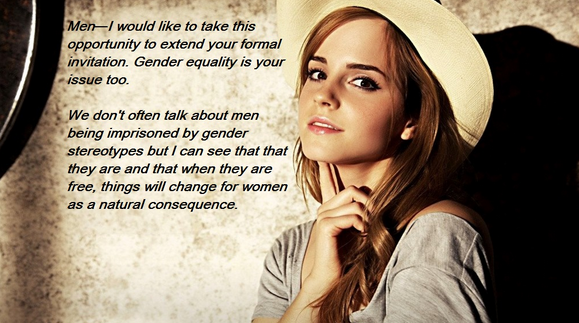 Social media the world over exploded in discussion over one speech on Sept 20. It is none other than Emma Watson‘s HeForShe Speech at the United Nations.

The Speech On Everyone’s Lips

The newly minted UN Goodwill Ambassador for Women, Watson is best known as the actress who played Hermione Granger in the Harry Potter film series. Cast as Hermione at the age of nine, Watson has bloomed into a young lady with more than a pretty face.

Watson’s HeForShe Speech was delivered to a standing ovation at UN Headquarters in New York City. Helping to launch the UN Women campaign HeForShe, Watson called for men to advocate for gender equality. HeForShe is a campaign which hopes to inspire one billion men and boys to help end gender inequality.

Emma Watson as a Feminist

Watson said she knew she was a feminist at age eight when she was called “bossy” (a trait she has attributed to her being a “perfectionist”) whilst boys were not, and at 14 when she was “sexualised by certain elements of the press”. Watson also called feminism “the belief that men and women should have equal rights and opportunities”. She directly addresses the notion that feminism has come to unfortunately stand for man-hating and how this has to stop.

I identify as a feminist. For more than ten years and before I became a sexologist, I have viewed myself as one. Ever since, I understood what the word meant. Read the open letter I wrote back in 2009 during the Aware saga here.

But I know of many women who insist they were not one as if being a feminist was a f-word with a capital F, as if it was dirty and not to be touched with a 10-foot pole.

For a time, I was became the butt of jokes at social gatherings:

“Don’t look at her so demure. She’s a feminist. She volunteers at…”

I do not hate men. There was no point explaining, arguing, protesting or defending myself when your audience is actually just jesting for a fight. Instead I ignored them, kept my head down and remained a closet feminist.

I do believe my work as a Sexologist is feminism in action. After all, where is more vital for men and women to feel empowered than in the bedroom? Pleasure is not one vs. another, all give and no receive, all or nothing. Ecstatic experiences are to be had when one, two or more parties involved are comfortable with their own bodies and their sexuality.

As a sexologist, I have had my share of public and can’t-be-bother-to-repeat private insults and attacks because of my work. This is one blog post by a friendly back in 2011.

If people knew what feminism meant, they would realise they were all for it. As Watson said, feminism was simply about equal rights for women AND men. What is all this “us vs. them” mentality that exists in our society?

Watson’s speech has created a lot of discussion – good and bad. The good: this is a break down of what makes her speech great.

The bad: She has already being objectified. She has received threats to have her nude photos published as a retailation of her speech. It’s a despicable way to cut a person down to size, and violate them below the belt, isn’t it? This has been viewed as an attack of all women. Feminists are rallying around her.

The Impossible as Possible

Change happens one step, one speech, one day at a time.

Each and every one of us can stand tall, and proud, and speak up for equality.

“I decided that I was a feminist. This seemed uncomplicated to me. But my recent research has show me that feminism has become an unpopular word. Women are choosing not to identify as feminists. Apparently, (women’s expressions is) seen as too strong, too aggressive, anti-men, unattractive.

This was one powerful speech on the F word. Watch it here. 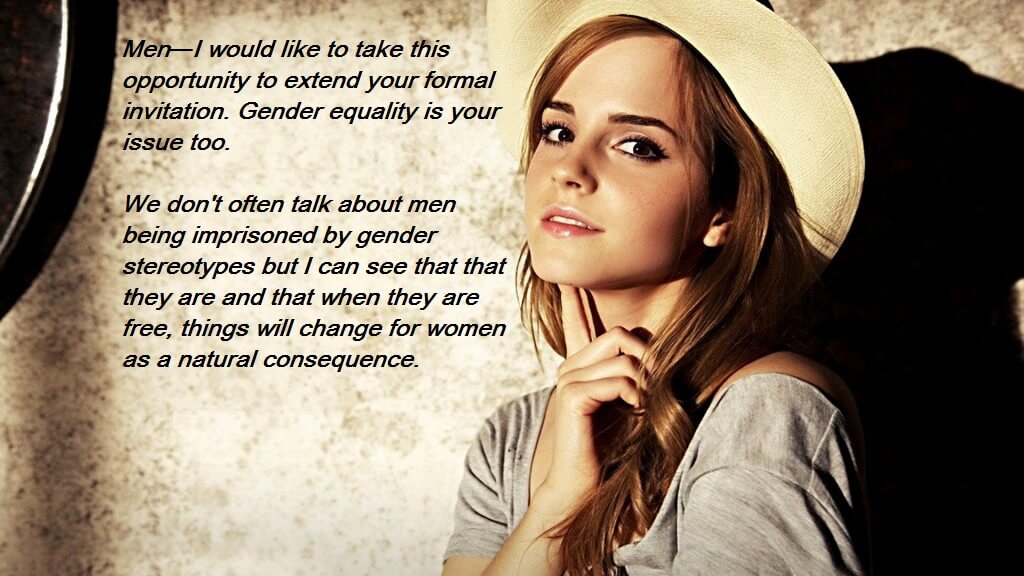 Dr Martha Tara Lee is Clinical Sexologist of Eros Coaching in Singapore. She holds a Doctorate in Human Sexuality from Institute for Advanced Study of Human Sexuality as well as certificates in practical counselling, life coaching and sex therapy. She is available to provide sexuality and intimacy coaching for individuals and couples, conduct sexual education workshops and speak at public events in Asia and beyond.

Get in touch with Martha via email at drmarthalee@eroscoaching.com