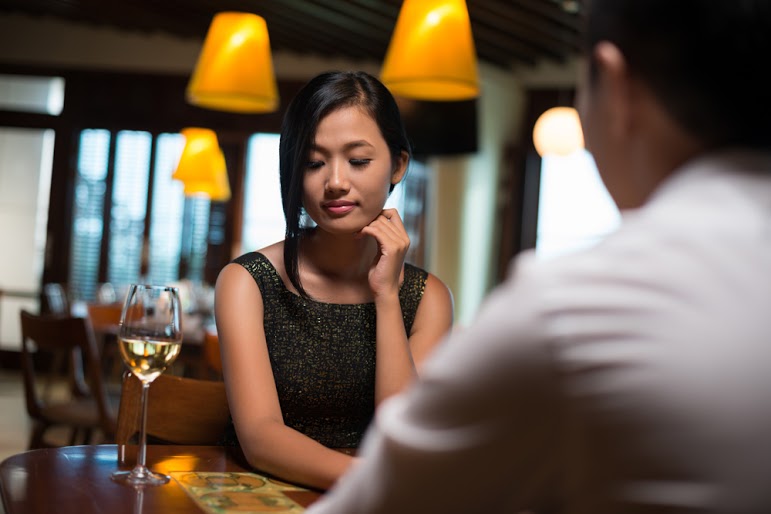 Growing up and into my teenage years, I had spent an unhealthy amount of time on arcade machines, reading epic fantasy novels and watching Japanese anime while most of my peers were beginning to discover that the opposite gender was perhaps not so annoying and pesky after all. In fact, I was pretty much clueless about the cues of a blooming relationship and was unknowingly labelled as a “play hard to get bitch” as I’d go out on second, third dates with a guy I had zero interest in dating mainly because I didn’t know how to reject someone and on other occasions, I had absolutely no idea that it was a date.

When I am clear about my interest in a guy, I would be proactive and explicit about my feelings but when it comes to those who am only keen on having a platonic friendship, I would always be curt and avoid solo meet ups as much as possible (which unfortunately, some dudes still don’t get it). For the guys out there who are wondering if the girl you’re into feels the same about you, you may want to consider the below signs before professing your undying love for her.

No girl is ever too busy to hang out with the subject of her affection. I have flaked and cancelled on guys due to genuine urgent work requests and then, there’s “work requests”. That said, the huge difference between a genuine flake and the ‘desperate last resort’ is that I will be sure to reschedule the date within the same week in the instance of the former while for the latter, I’ll generally put it off and cross my fingers that he’ll eventually get the hint.

She doesn’t reply to your messages

Apart from those who are into the devious mind wrenching “no contact” crap (in this case, she might just be VERY interested in you and you may  want to reconsider your options), chances are that she will not be uncontactable for more than 24 hours unless you’re out of her thoughts and mind. Things simply cannot be any more clear-cut than this. If she likes you, she will respond as soon as she is able.

Declines to be sent back home

This goes to show a lot about the level of comfort that she has with you. Usually the walk back together to her apartment is a prelude to “coming up for a cup of coffee” which is most likely to lead to a nice smooch … or something more. A woman who is not interested would rather part ways and trudge the five miles from the subway station in those loathsome stilettos than risk putting herself in a potentially awkward situation.

Tries to hook you up with another friend

You are elated when she’s finally keen to find out more about your interests, dating history, and family members when bam! she ends the night saying, “You really should meet my friend (inserts female name)”. This is a clear sign that you’ve been friend-zoned. She’s only having those intimate chats with you because you are potential boyfriend material … for her girlfriend.

It is perfectly fine if you had asked her about her past relationships or she casually mentions why things with her previous partner didn’t work out. However, if she is constantly making references or ranting about that douchebag of an ex, you should back out and throw the towel in for now as she’s definitely far from ready and might even be using you as a tool to get him back. Nobody wants to date an angsty woman, even more so for one who has yet to get over her ex.