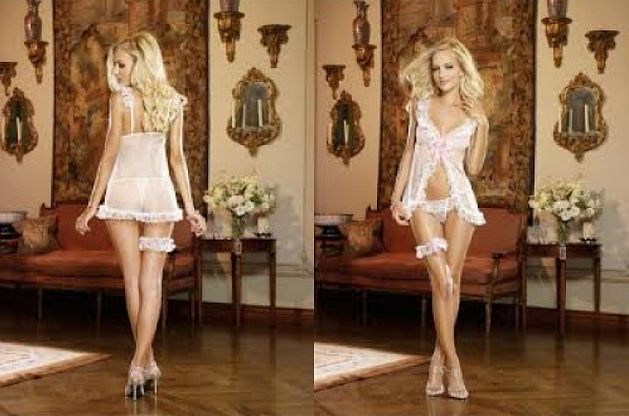 Want to put some sizzle in his steak? Nothing makes a man’s jaw drop more than seeing a woman in sexy lingerie. His heart races faster and his libido sky r 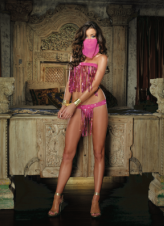 Every red-blooded man loves the chase. He relishes the thought of seeing his beautiful lady in sexy lingerie as she slowly undresses, teasing him with one article of clothing at a time. He ponders the mystery of what lies beneath this luminous fiber and all the while, he will be undressing her with his eyes, waiting eagerly to see what the prize is beneath it all.

Not only does intimate apparel turn a man’s head, I believe that intimate apparel will also give a woman a great big boost of confidence and a woman with confidence feels sexier. She can reciprocate to a man when she feels that she can conquer the world, whether it is in something skimpy as some may call it or if it is some

thing that adheres to her curves, making her look and feel like a true goddess. Lingerie has a way of often allowing a shy woman to come out of her comfort zone.

Some women think that they are not the lingerie wearing type. She may not have the body of a super model but she should not have to. Sex appeal is not defined by a mere image or fantasy, it is not defined by a woman’s intent when she slips into her lingerie, but it sure will add to the desire chart along with the ‘wow’ factor. Ask a man what turns his head and you’ll most likely get a variety of answers, nevertheless, sexy lingerie is always amongst the top of their list.

A woman in the right piece of lingerie that allows her to feel the true flow of her figure is a statement of a woman who loves her body and feels confident enough to strut her stuff in lingerie for her partner regardless of her size or body type. Whatever a woman chooses to wear, her shape or size should not matter if she can just be herself and feel great about who she is. For those who may have never wore lingerie before and wish to, I suggest starting off with something simple such as a bra and panty set which by the way, drives men nuts.

Stay tuned tomorrow to find out more about the top 5 lingerie sets to turn him ON!

Images courtesy of Simply Delicious Lingerie | http://www.simplydeliciouslingerie.com
Join SimplySxy’s forum discussions now on Society
Do not miss another article on SimplySxy!  Follow us on Facebook and Twitter for our latest updates!

You may also like...
Related Topics:Lingerie, Michele Savin, Sex Education

Michele Savin, born and raised a Youngstown Ohio native, currently residing in Cleveland Ohio is a single mother of two children both residing in NYC. Besides running her two online lingerie stores; Simply Delicious Lingerie and Simply Luscious Lingerie (a plus size boutique) she enjoys concerts, sporting events, travel, cooking and gardening. In her free time when she is not jet setting abroad or to a tropical island somewhere on vacation she is in Manhattan (her second home) spending quality time with family. Her children are her rock and her true inspiration and they are what makes her push herself more every day. No strangers to retail and social media networks, they give her guidance with her businesses. Her son, a business major in the elite retail fashion industry of Manhattan and a daughter, a marketing major with the NFL. Michele's goals are to continue educating women and men about intimate apparel and underthings, to promote sexy lingerie at discounted prices so that all women can afford intimate apparel and to inspire women to feel confident about their body regardless of her shape, size and weight. Get in touch with Michele via email at Michele@SimplyDeliciousLingerie.com

How Gay are You? The question of finding your comfort zone as a gay man
5 Simply Delicious Lingerie to Turn Him On!
Advertisement