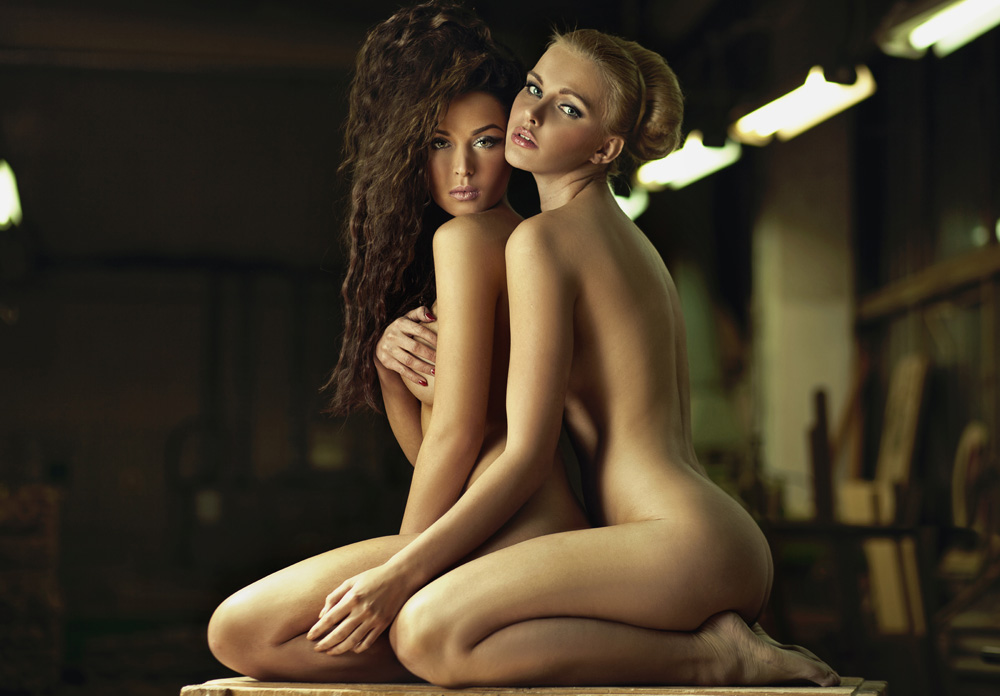 1. Sex with a Stranger

You’re on the packed subway during rush hour and pressed tightly against you is a tall, red-haired stunner. You feel your bodies rocking together in tandem with the motion of the train. Then suddenly, your object of desire starts to move away. Oh no, you’re not getting off at the same stop! However, your beauty looks back at you with bedroom eyes and smiles. Be it the sexy stranger you spotted on the subway, the waiter at the restaurant when you’re out with your spouse, the shy woman who lives in the next apartment, or simply a person you conjure up in your imagination, the common fantasy of sex with a stranger allows you to have the thrill of anonymous sex, without the risks.

3. Sex with a Celebrity

Maybe someday you’ll meet Jennifer Lawrence or Matt Bomer in person, and you’ll finally get to have mad, passionate sex with him or her. However, chances are pretty silm and so in the mean time, make do with fantasizing about your favorite celebrities. Sometimes it’s the fantasy of having sex with someone powerful that gets people on during these celeb fantasies. Other times, it’s just the fact that we all share a common pool of sexy celebs, whose images we can easily tap into our fantasies. Whether it’s Angelina Jolie making love to you in a hot tub, or Kim Kardashian fondling you when you’re romping in her bed, it can be great fun to fantasize about celebrities. Unless you do run with the rich and famous, these fantasies will usually never become reality. And that’s a good thing—otherwise, Pamela Anderson would be mighty sore from all the guys she’s had to have sex with in real life.

4. Sex with a Co-worker or Someone You Have a Crush On

Each morning when you walk past her desk at work, the smell of her perfume triggers your endless stream of fantasies. You don’t think you should ask her out, because you work together. But it sure is great to have her in your fantasies each night. You’ve know him for almost a year, and even though both of you are “just friends,” and you only remotely attracted to him, it’s still fun to include him in your fantasies when you masturbate. The only problem is that sometimes when you’re together, he catches you looking at him funny or the smirk on your face when you suddenly recall the position that you imagined him in the night before! It is so common to fantasize about the people in our lives. You see them and think about them all the time anyway, so why not add them to your fantasies?

5. Sex with Someone of the Same Gender

Your breasts rubbing against hers. Or your penis in your left hand, and his in your right palm. Sounds like a fun fantasy? Whether you are gay, straight, or bi, fantasizing about someone of the same gender is natural and normal. It can be interesting to imagine a type of sex that you may never have, or to fantasize about a sexual alternative that you already enjoy or might be keen on trying. Either way, you can experience novel ideas and new sensations when you fantasize about someone of the same gender.

Would you ever want someone you barely know to rip your shirt off, grab you by the hair, throw you down on the floor and have sex with you? Most people have no desire to be forced into sex, or to force someone to have sex in real life; however, force fantasies are extremely common. These are fantasies that should never be acted out. (Unless you have your partner’s complete consent!) However, it’s perfectly fine to imagine force fantasies. If you fantasize about forcing someone to have sex with you, then it could mean that you feel like you have no control in your real life and hence the change of role in your fantasy. Or if you like to fantasize about relinquishing control, then maybe you hold much power in real life and yearn to give it up in your fantasies. Would you ever want your lover to tie your hands behind your back and then put you over his or her knee for a good spanking? People who fantasize about being tied up often crave a “guilt-free” sexual encounter and that they can’t resist the sex, because they are tied up and in a compromised situation. Those who fantasize about being spanked might be into BDSM in real life. Sometimes it makes them feel as if they are bad and need to be punished, and for them, being bad feels so good.

7. Sex While Someone Is Watching

You unbutton your shirt slowly and feel a certain thrill, because you know that you are really showing off. You touch your chest, slide your hand down your body, and, as you grow more excited, you begin to masturbate. For some people, being an exhibitionist can be very exciting, at least in their fantasy. You can pretend you are a sexual performer, showing off for the observer and turning the observer on, too. You could fantasize that you are having sex with a stranger and your partner is watching, or that you are having sex with your partner and your neighbor is watching. In reality, you might find it embarrassing to actually have someone watch, but it could work great for a fantasy!

Can you imagine that you are having sex from behind, bent over the bar at your favorite club, or having sex while on the dance floor of a crowded nightclub, doing it while rolling around on a crowded beach, or doing it sitting on the highway divider during rush hour? Sex in public is risky in real life. Yet in fantasy, you don’t have to worry about being arrested for indecent exposure. You can go for whatever thoughts turn you on. No one can catch you in public if it’s only in your mind.

9. Sex in an Exotic Location

Some have conquer the Grand Canyon simply to give a blowjob to their lover, while others just fantasize about it. You may never be able to go down  give a hand job on the top of the Empire State Building, or do it with a UPS guy in the back of his truck, but those are easy fantasies to conjure up. Your fantasies of sex in exotic locations can take you places you’ve never been. Or they can transport you back to places you’ve already been or plan to visit. If you’ve had sex in your backyard, you can fantasize about gallivanting in the geraniums anytime, without ever having to go outside. If you plan to make love on the beach during your vacation to Cancun, you can fantasize about that even before the plane has taken off. Maybe there’s some place where you’d never have the nerve to have sex, like on a roller coaster. Your imagination can put you there, and you won’t even have to wait in line for the first seat! Wherever your mind takes you, it is safe and fun to put yourself in exotic locations in your fantasies.

If you’ve had the most exciting sex of your life with your ex, why not let him or her into your fantasies? Some people simply cannot imagine fantasizing about an ex because after their orgasm, they get depressed about the breakup, or grossed out by the fact that the ex was around, even in a fantasy. But for others, sex-with-the-ex-fantasies are easy to call on anytime. It’s sex that you can remember, and you know what it felt like. You are just calling on your past to get off in the present.

Can You Feel The Heat?
Cuckoldry and Emotions
Advertisement