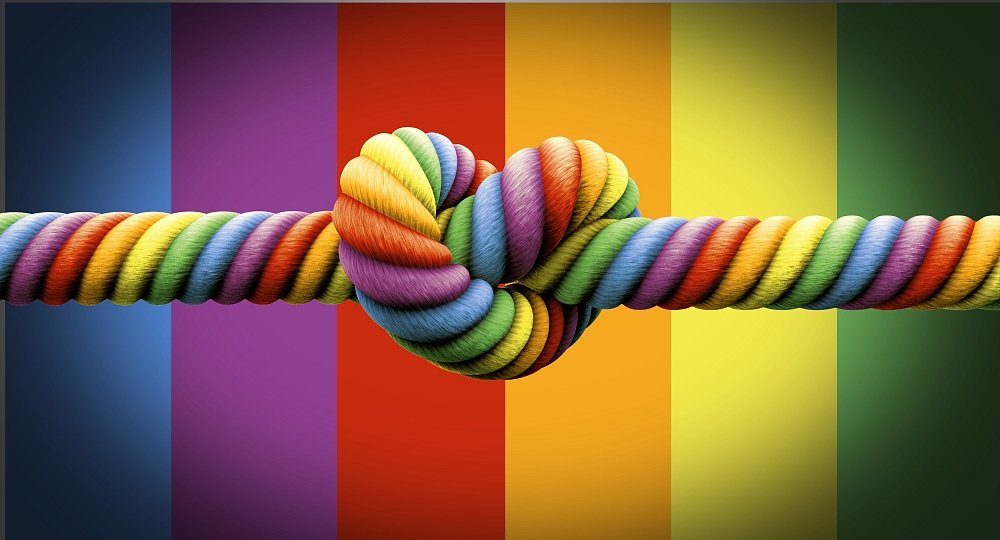 What do I mean by Gay Franciscan? Well I am a Franciscan Brother, who is and was born gay, or to quote Lady Gaga, ‘baby I was born that way!’ Yet I am not a Priest or Brother of the First order, or unless I have had a sex change become a member of the Second order, the Poor Clare’s or Poor Ladies.

No I am a Secular Franciscan, a Tertiary, a member of the Third order of St Francis of Assisi who is our seraphic founding father, yet he himself was a deacon. Our patrons Saints, along with Francis and Clare are:

Since Francis’ time the Order Franciscan Secular (OFS) has many members. Through nearly eight centuries it has continued to prosper, bringing untold blessings to the Church and society. It has been fruitful in much personal holiness, and many Secular Franciscans have been beatified and canonised in recognition of their outstanding holiness.

They came from all walks of life: St Elizabeth [queen of Hungary] and St Louis [king of France] are patrons of the OFS; nine popes have been Secular Franciscans; household names like Columbus, Thomas More, Copernicus, Bernadette,, Dante, and the less well known like John Bradburne and Margaret of Cortona were all members.

Saint Francis of Assisi left us “a Dream to dream and a Journey to challenge everyone”. All Franciscans are inspired by him to follow Christ. The Secular Franciscan Order belongs to this family. In their secular state, members permanently commit themselves to live the Gospel as Francis did, following his Rule approved by the Pope. The OFS is open to the laity and diocesan clergy.

There are more than 850 Secular Franciscans in Great Britain. Gathering in fraternities, they strive to grow in the love of God and in peace with each other. In this way, they aspire to be faithful Disciples of Christ. (Taken from website www.ofsgb.org.uk/)

Now ok, I hear you thinking what has any of this to do with us or our sexuality? Well the fact that I, Br Anthony James Francis Mantova S.F.O. is and always have been gay, and peace and the rainbow flag. St Francis wrote a beautiful prayer that is now also a much loved hymn entitled ‘(Lord) Make me an instrument/a channel of your peace!’

Which is a fitting hymn for all of humanity, but St Francis is also the patron Saint of Humanity and humanitarian aid, efforts and conflicts, of nature, animals, life people and plants to name a few, St Clare Communications and Multimedia and Television.

The rainbow flag or peace flag, as well as being associated with the LGBT community worldwide, it is also there for Greenpeace, NATO and the United Nations and anyone who wants world peace and in the past I have seen PEACE flags with the St Francis logo, so I believe this is why our community has adopted the flag as its own.

Yet peace belongs to all of us, and so fitting that I am both gay and Franciscan, many in the church not just the Franciscan family are gay, yes priest, brothers, sisters, yet they have chosen to hide away and devote their love to god rather than each other.

Now this by no great hardship and slowly the church is accepting that we are a part of humanity, the same humanity, Our Lord Jesus was born into. The feast of Saints Anne and Joachim, the parents of Our Blessed mother Mary is held each year on the 26th July, these are in fact his holy grandparents, and should be praised.

When I was younger, back in Liver for almost 30 years I was in the parish of St Sebastian Fairfield, and attended the Roman Catholic Primary school, attached to it. During my time I met many Franciscans of the various orders, and today the Order of Friars Minor Conventual can be found running St Anthony of Padua’s RC Church in Queens Drive, and nearby at the OFM Cap in Pantasaph, where the famous singing fundraising priest Fr Francis Maple OFM Cap can be found.

The Cap is short for Capuchin, and they are so called because of there long hoods, that reminds people of the Capuchin monkeys. It was on of these priests/Brothers who invented the frothy hooded coffee, that we enjoy today know simply as cappuccino. So why and how are the Franciscans important to any of us?

Well if it wasn’t for St Francis we wouldn’t have the order, and without the order, we wouldn’t have some of the gadgets and gizmos we have today. It was St Anthony of Padua with St Bonaventura, who established THE FIRST University in Bologna, Italy in the 1300s.

So I am proud to be a Franciscan, and yes also gay; neither affects the other negatively, in fact they are helpful to each other, in understanding who we are. While there are many things to do and consider before becoming a true Franciscan, but if you love people, life, nature, animals, devote a little time to Payer and want peace both here and now and in the future, then are you not already living a form of Franciscan life.

Lord make me a channel of your peace in this world and in the next.

Distance Makes the Heart (and Other Things) Grow Fonder
Do You Have HIV Stigmatic Parents? Tips to Deal with Them
Advertisement