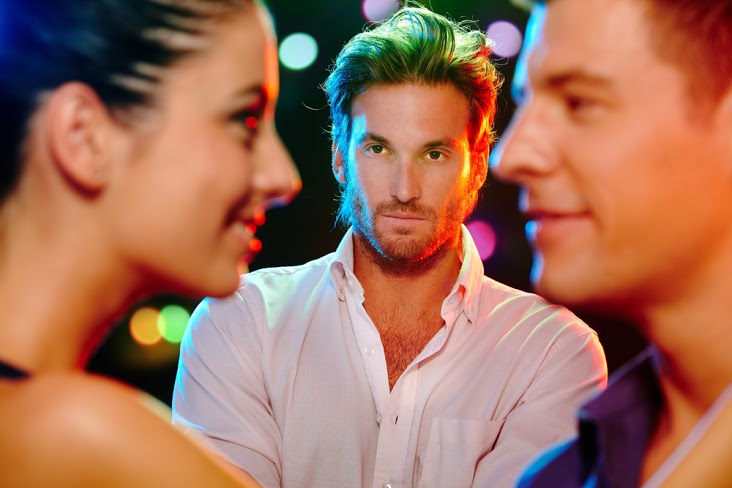 Before I started watching the BBC cult hit Torchwood, well-meaning friends and acquaintances told me I wouldn’t like it because there’s a lot of flirting, innuendo and sexual activity. You see, I am asexual, so my friends assumed that meant I was uncomfortable with the idea of characters who were comfortable with themselves as sexual beings.

My friends were wrong on both counts. Torchwood not only became one of my favorite shows, but was also instrumental in helping me figure out my gender identity. I was never uncomfortable or upset with the sex in the show. If anything, I was a little jealous because even though I believe sexuality is a beautiful part of humanity, I don’t experience sexual attraction the same way most people do.

From a young age, I felt something was different about me. In first grade, the other children were discussing who they had crushes on. I didn’t have a crush on anyone and didn’t know what a crush felt like. So I looked around the room at all the boys (this was before I realized anything about who I was and assumed I was supposed to be a girl and supposed to have crushes on boys), chose one I had things in common with and decided I had a crush on him. While the girls around me were giggling about how cute their crushes were, I was whispering the boy’s name and reminding myself that I was supposed to have a crush on him. I felt nothing different for him than for anyone else in my class.

As I got older and people began dating, my feelings didn’t change all that much. The only difference between me as an adult and me as a six-year-old was that sometimes I would think a guy was cute or a girl was gorgeous, but those feelings felt like they were floating in a vacuum. I noticed other people’s attractiveness the same way I noticed what color shirt they were wearing; it didn’t inspire any particular feeling in me.

What did inspire feelings in me were people’s personalities. Sometimes I would meet someone and I would feel like I HAD to get to know them better. I thought I was just pathologically shy because every time I felt this way, it was hard for me to carry on a conversation with the person. I’d be afraid they wouldn’t like me or not want to get to know me and more often than not, I wouldn’t talk to them at all and never had the opportunity to find out if we could be friends. Today, I know that that’s what my crushes feel like: a deep desire to be best friends with someone, to share everything about me, to learn everything about him or her, to spend time together.

I don’t know why people think that being asexual means thinking sex is bad. After all, people don’t think that gay people are saying that sex with members of the opposite sex is bad simply because they don’t have any desire to engage in it. Similarly, I generally don’t experience sexual attraction to anyone.

I think asexuality has a strong place in the sex positivity movement. Sex positivity is about celebrating sexual diversity, supporting each other’s sexuality, accepting others’ rights to their own sexual desires even if they aren’t the same as ours. So surely there’s a place for people who don’t experience sexual attraction at all.

I used to feel like something was missing because I will never look at another human being and know what it feels like to be sexually attracted to her. But now I’m proud of my own, unique sexual make up, and I’m glad to be me while being super-interested in learning about other people’s sexuality and supporting their expression of it.

You may also like...
Related Topics:Asexual, LGBTQ, Sex Positivity, Sexuality

DO NOT DISTURB: Hypnosis Session in Progress
How might Truvada change gay men’s sex practices?
Advertisement