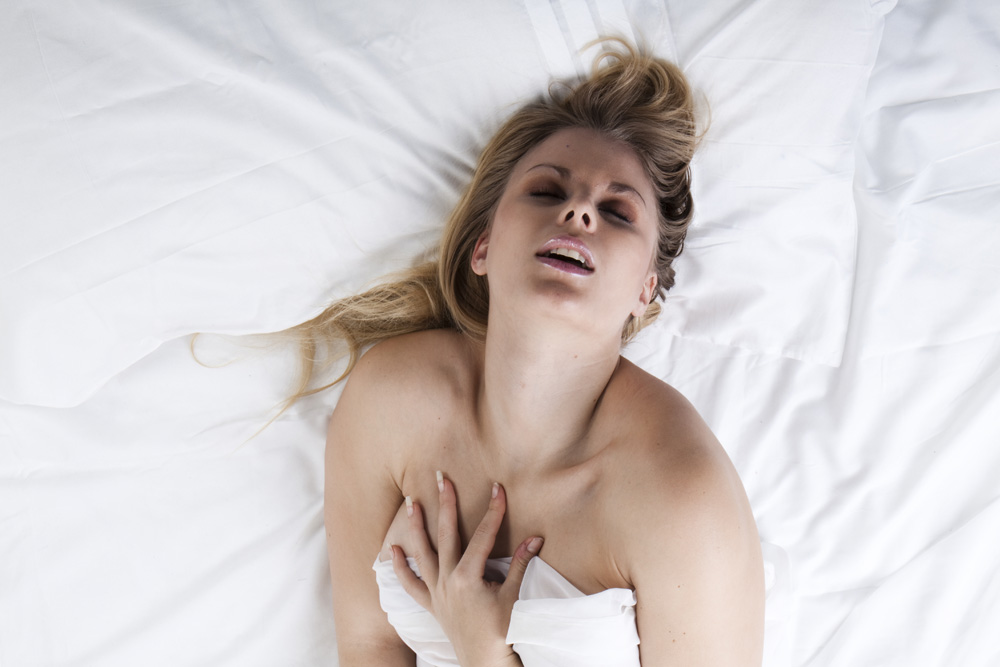 When I was 11 years old, I read in one of those “What to Expect from Puberty” books that a woman could ejaculate enough to soak through seven towels. Seven.

That number stuck with me my whole life, and I spent my pubescent years in terror of orgasming and soaking up the bed. Even before my first time, I would sit and play out scenarios of how to prepare for that situation. Would I ask for seven towels to be lain under me before sex? Or eight? That seemed like it would pile me pretty high; would sex be possible in that position?

Then came the times in high school when I would wake up with my pajama pants and blankets soaked, confused because it just didn’t seem like pee. I was sure it would be me; I would definitely be the woman who ejaculated enough to soak through seven towels, and I would shrivel up and die of embarrassment and dehydration right after.

Then I actually started having sex. Awkward, quick, adolescent sex that felt kind of weird and left me feeling sore and unsure of whether I had any business of actually doing it. Needless to say, I did not ejaculate enough to soak through seven towels, and my mind was at ease.

I wanted to be sexually free. I worked at my sexuality, chipping at liberation piece by piece. I sensed that there was something just over the tide, that if I could just let myself be carried over the waves of pleasure that came to me when I was in my bed alone, that something enormous would be waiting for me on the other side.

But I always stopped myself. I just couldn’t surrender myself to that pleasurable feeling because as much as I wanted it, I was also afraid of what it might do to me.

Through all of my encounters with sex in my teen years, I never came enough to soak through seven towels, but I was right to assume it would happen to me. When I was 20, I was in my first long-term relationship with a guy who only had three things going for him: great weed, great art (he was unreal with a tablet and a vector program), and great sex.

Although we already had great sex, we were young and wanted to take more risks. I had just moved out of my mom’s house, and she was letting me use her commuter car while mine was in the shop. One night, the (now) ex and I found ourselves in that car, in my mom’s neighborhood. We had parked in front of someone’s expensive suburban home and began to go at it inside the car—one of my rebellious fantasies. It was a summer night and it was soon way too hot to continue in the car, so we got out. He turned me around so that I was facing the passenger side of the car and got behind me, then he pushed me up against the car door and we started having sex again. Like before, I approached the point of no return, but this time I couldn’t stop myself from riding over that wave’s crest and as I splashed down into the pleasure, something wet began to pour out of me.

Now, half-delirious with the strength of the orgasm I’d just experienced, I crouched behind the car, mortified that I was peeing on myself in front of him (I thought it was pee at the time and spent the next few years of my life working to convince myself that “female ejaculate” and “pee” were not the same thing). But it was high tide and each wave of pleasure caused a new spasm of liquid to literally squirt out of me, and so I stayed crouched, naked from the waist down, dripping liquid until it was done.

So I was right, even at 11, to assume that I would be the one who came enough to soak through seven towels. But I was wrong to assume it was a bad thing.

You may also like...
Related Topics:Fetish, kink, Sex, Sexual Fantasy